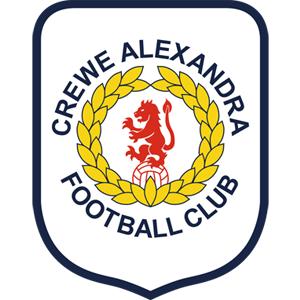 Defeat in first U18 PDL Cup game for Young Terriers

Town’s Under-18 Professional Development League Cup campaign got under way with a home defeat at the hands of Crewe Alexandra on Saturday morning.

The Young Terriers were made to pay for a very sloppy 20 minutes of first-half play as the visitors scored four without reply at the Millers Oils High Performance Complex.

A second half rally, featuring goals from substitute Michael Ailemen (pictured) and an own goal after excellent work from Hazeem Bakre, wasn’t enough to get George Danaher’s side back in the game.

The Young Terriers started the game positively, with left back Michael Parker flashing two good low balls across the face of goal, a succession of corners and a Temi Okuwa cross narrowly evading Joseph Johnson at the back post.

However, Alex’s first goal soon followed through their first shot in the 13th minute. Centre back Freddie Fletcher popped out of the defensive line and didn’t win the ball, with the subsequent attack exposing the vacated space as the striker swept home a near post cross.

The visitors made it three goals in 10 minutes soon after as a long pass out of Town’s defence was cut out, allowing the opposition to break and head home a cross from our left.

The first goalscorer had a chance to make it four in the 27th minute when Cian Philpott held onto the ball too long, allowing for another counterattack that resulted in the Crewe man hitting the outside of the netting at the near post.

Midfielder Hakeem Sandah sent a shot just wide from 20 yards at the other end, but it was Crewe who gained the 4-0 advantage before half time when Okuwa conceded a penalty with a trip.

Danaher changed his team’s shape to a back three during the interval, dropping midfielder Tom Iorpenda into the centre of defence, and the Under-19s improved thereafter.

A Crewe player should have still done better with a back post header from a corner that he directed straight at goalkeeper Michael Acquah early on, but Town then started to dominate possession and turn the screw on their visitors.

The direct play of substitute Hazeem Bakre contributed a lot to that. The left footer had two shots saved in the opening 15 minutes of the half and began to combine well with the likes of Fope Deru, Johnson and fellow second half sub Ailemen.

It was Deru’s tenacious play that led to Town’s first with 15 minutes to go. The forward won a 50/50 high up the pitch, allowing Philpott to stride onto the ball and into the area before squaring to Ailemen, who slid it home at close range.

Town’s second came just three minutes later, with Bakre – who scored in a 1-1 midweek friendly draw against FC Halifax Town – winning the ball from a defender just inside the penalty area. He drove to the dead ball line before squaring into the six-yard box, where a defender inadvertently knocked it past his own goalkeeper.

Sadly, Town couldn’t continue that momentum, with the biggest chance seeing Parker volley just over from a Johnson cross.