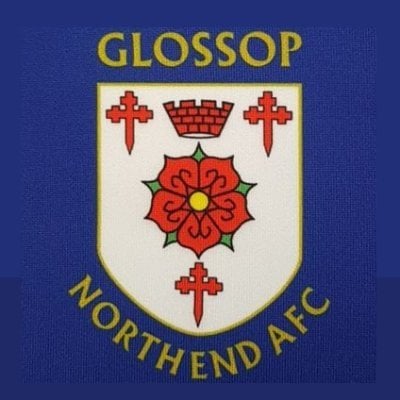 - Huddersfield Town Under-19s play at Glossop North End on Saturday
- Fans can attend the 12.30pm kick-off
- Defender Michael Parker can’t wait to get out there!

Left back Michael Parker can’t wait to get back on the pitch when the Under-19s play their first pre-season friendly against Glossop North End on Saturday 16 July!

The Young Terriers will play our local neighbours at the Amdec Forklift Stadium in a 12.30pm kick-off.

17-year-old Michael Parker can’t wait to get back on the pitch with some new, and old, faces!

“I’m excited for it!

“We’ve come back into the building - the second years came back a week before, but when the first years came in it didn’t take them very long to settle in.

“We’re all in a very good place right now and we’ve got a good group.”

Saturday’s game will prove a fantastic, but tough, test for Town’s youngsters, something which Parker says they’ll relish.

‘We know it’s going to be a hard game obviously playing against men, but I think that the second years who have experienced this before need to show leadership and need to lead by example.

“We are trying a new formation, which is also a bit of a different playing style, so we’ve been working on how to play it well – particularly our pressing and how to get out when we have the ball.

Looking ahead to the rest of the season, the 17-year-old is particularly excited for the Emirates FA Youth Cup.

“Unfortunately, I didn’t get to play in it last year.

“I went to watch it, and it did look really good, so it’s definitely something I’m looking forward to this year.”

Admission details for the game can be found by CLICKING HERE.

Defeat for young Town side

A youthful Huddersfield Town U19 side were beaten 2-0 by Glossop North End at the Amdec Forklift Stadium in their first 2022/23 pre-season friendly on Saturday afternoon.

With the majority of the squad aged between 16-18, Town’s Individual Coach Michael Tonge took on an on field coaching role to guide the Young Terriers through the contest, playing the first hour.

The hosts, who compete in the Northern Premier League Division One East, started strongly and maintained early pressure on Town’s goal.

Sam Taylor produced three low saves with his legs and midriff before the 20th minute, all of which fell one-on-one with a Glossop attacker.

After a drinks break midway through the first half, Town started to gain more of a foothold, forcing their opponents back with striving runs forward from the likes of left back Michael Parker.

However, Glossop finished the first half strongly and flashed two chances narrowly wide of the post in the final five minutes.

The second half started in a similar fashion, the hosts enjoying much of the ball without creating a plethora of clear-cut chances.

Taylor was on hand to acrobatically tip a long-range strike onto the bar and behind for a corner before Town’s defence managed to clear the ball to safety following a goalmouth scramble.

Coach George Danaher made a number of substitutes on the hour, with building match fitness a key aim of this fixture.

However, Glossop eventually broke the deadlock with 66 minutes on the clock. The hosts’ number 10 got in front of his man to flick a near-pot header into the bottom left corner.

It was 2-0 with 10 minutes to play when Glossop’s no.11 took aim from outside of the area and the ball beat substitute ‘keeper Hurl off a tricky surface.

The Young Terriers didn’t give in and looked to push forward until the last minute, but were unable to find a goal to take back to West Yorkshire.

The U19s’ next pre-season fixture is against Preston North End on Saturday 23 July, with the action kicking off at 11am at our Millers Oils High Performance Complex.