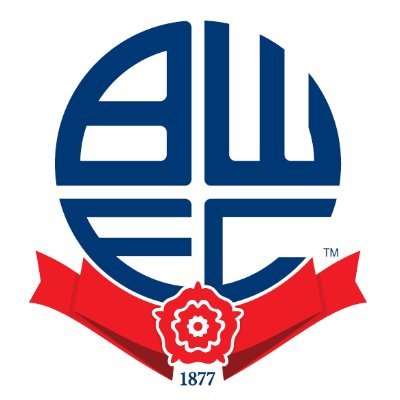 An end-to-end match played in dry winter conditions at Canalside, the away side took a fortunate early lead after a well driven low cross was deflected off Town past Gio Bellagambi, who could do nothing under the circumstances.

It wasn’t long before captain for the afternoon Connor Shanks levelled for Town however, converting confidently from the spot having sent the keeper the wrong way. The penalty incident was of no doubt, after good play down he left from Myles Bright allowed Micah Obiero the chance to run in to the box, getting dragged clumsily down for his troubles.

Showing his experience, former Premier League striker Nathan Delfouneso then nodded Bolton back ahead from close range, getting on the end of a well hit cross to calmy convert from well inside the area. Given the proximity of the header and pace of the delivery, there was again nothing for Bellagambi to do.

Town had the opportunity to equalise just before half-time as Bright played Falls through down the left-hand channel, but the Northern Ireland Under-19 international couldn’t keep his finish down and Town went into the break behind.

With both sides attacking well in the second half as the game again opened up, Bolton stretched their advantage on the 66th minute, with substitute Daniel Jones finishing off across the face of Bellagambi’s goal following a clever move first time after a driven cross was fired toward his right boot.

Town wasted no time in replying, though, with the Terriers taking the ball directly from the restart straight through the middle of the Bolton side, with Shanks eventually feeding Falls who did the rest, finishing well against Matthew Alexander in goal, who was more than displeased with the ease at which his defence allowed Huddersfield to cut through.

Just five minutes later, Donay O’Brien-Brady ghosted through the centre of the penalty box completely unmarked, getting on the end of a Michael Stone cross from the left, who put it on a plate for Donay shortly after being introduced. Timing his run perfectly, O’Brien-Brady crashed his header into the net from point-blank range, getting Town level for the first time since the 15th minute.

With both sides pouring forward, Bolton eventually regained the lead for the final time in the 80th minute, with Jones scoring an almost carbon copy of his first.

Sparking a more physical and desperate final 10 minutes, Town finished the game a man light after Myles Bright was shown a straight red card in the 82nd minute.

Elsewhere, Town’s Under-17s lost out 3-1 away to Preston North End, with their trialist getting on the scoresheet for the Young Terriers in Lancashire.