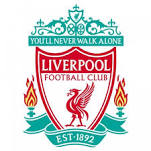 Huddersfield Town’s Young Terriers travel to Liverpool this weekend in their latest fixture.

The Academy’s scheduled game against Fleetwood Town has been postponed, leaving an opportunity for the youngsters to take this game against top competition.

Academy Manager, Emyr Humphreys, spoke to htafc.com about how the rearranged match will be beneficial to the team.

“When we reviewed the games programme from last season, one of the key things we wanted to do this season was go up against top teams more often and play the best opposition that we can.

“So far this season we’ve already played Manchester United, Leeds United and Liverpool across the different age groups and they’re good games to assess where our players are at compared to players that are at the top Category One teams.

“It also gives our players the experience they’re going to get when they go into the First Team and we try to recreate that environment as much as we can for them.

“Personally, I much prefer the away games just as a challenge. Everything that’s a part of that – getting up earlier, dealing with no changing rooms at the minute, having to get straight off the bus and play – these are uncomfortable situations for players.

“They’ll be going into an unbelievable training ground and some of the pressure around that, maybe being overwhelmed and working to make sure you don’t go into your shell, it’s all about staying really positive and showing what we can do in tough circumstances.”

The Young Terriers are currently focusing on their ‘fight zones’ in training – the area on the pitch where the team is challenged to win the ball back - and Emyr commented on how they’d apply that to Saturday morning’s game.

“Our aim in these games is to go and give as good as an account of ourselves as we can. We want to go into these clubs and play with no fear and play our own style.

“We’re mainly working on our fight zone and out of possession work at the moment, so we want to go and really aggressively press Liverpool and try and impose ourselves as much as we can on them.

“They’ll be trying to do the opposite and really dominate possession, so it’s a really good test for us.”

The Academy’s latest high-profile match came against Manchester United, who they beat 5-0. Emyr is hopeful that the players will take confidence from that going up against Liverpool.

“The key now is replicating that more consistently, to go into those big tests with no fear and belief in what we can do and really impose ourselves on the game, that’s what we’ll be looking for.”

Get your Christmas shopping done early with 3 for 2 on selected items at www.htafcmegastore.com this November.

A young Huddersfield Town side put in a great, confident shift at Liverpool to come away with a 1-0 win early on Saturday afternoon.

The Young Terriers were given another tough test against a high calibre opponent and rose to the challenge, with the team featuring several of the squad that impressed in the 5-0 win at Manchester United recently.

It was an intense start to the game with both sides making chances.

Early on the Young Terriers came close when a trialist in midfield curled an effort inches over the bar.

Then, just a few minutes later, Giosue Bellagambi – one of just two Under-19 players to start the game alongside the returning Sam Sharrock-Peplow – was forced into his first save, getting down quickly to make a fine stop.

Town came the closest to opening the scoring from close range through a header from 16-year-old centre back David Adewoju following a corner, but he was unable to beat Liverpool’s ‘keeper.

The side – led by young coaches George Danaher and Oran Thompson – then then took control of proceedings and for the rest of the first half. They were impressively controlled in possession, quick to every second ball and won their battles in defence.

The only thing the first half lacked was goals, as both sides remained resilient to keep service to the attackers at a minimum.

The home side came out for the second half with intent, and immediately got on the front foot. Bellagambi was called into action on two occasions, both times making superb saves to keep the score level, whilst the Reds hit the bar with a third attempt.

However, Liverpool’s pressure gave the Young Terriers the chance to counter, and they took their chance clinically in the 58th minute.

Initially breaking down the right-hand side, the ball was switched to left back Luke Daley, and after setting himself he played a perfect ball to the back post for 16-year-old striker Conor Falls (pictured above) to bundle the ball over the line.

This opened the game up as the Young Terriers looked to kill the game off, whilst Liverpool were in search of an equaliser, and there was plenty of action as the game drew to a close.

Substitutes Evander Grubb and Michael Stone - also 16 – each gave the Liverpool ‘keeper something to deal with, and at the other end - despite a couple of late penalty shouts - Town’s defence held together to keep the ball away from Bellagambi’s goal.

The Young Terriers are in action again on Tuesday, travelling to the North West again to play Blackburn Rovers.