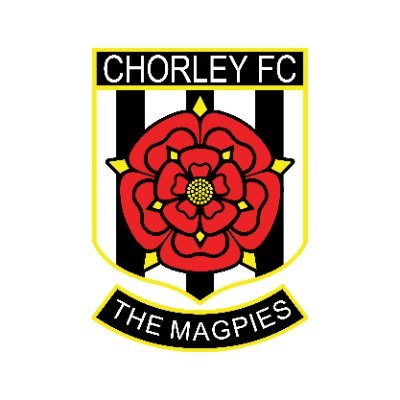 Defender played in latest B Team game against Rochdale AFC

Huddersfield Town Under-19s defender Luke Daley is relishing the physical challenge of facing a side like Chorley on Friday evening.

The 18-year-old has linked up with the B Team for numerous appearances and was most recently involved in an impressive 3-1 win over Rochdale AFC at a very wet Canalside on Wednesday afternoon.

Daley was pleased with his own performance in the game against tough opponents.

"I feel very positive it was a good win for us.

"They were a good side who tried to play out and pass it around at the back and on the floor.

"Sometimes you can be caught out by the wet pitch, but the weather definitely helped us against Rochdale.

“It moved the ball quicker, so it made it easy for us to pass it."

The youngster commented that passing the ball out from the back is a key component to the way the team plays, something that is reflected in each age group across Town's Academy.

"We try to play the same system in each age group. We look at the First Team and try to replicate what they do, so that when you move up through the different groups, you're still playing the same way.

Daley highlighted his physical game as a key area that he hopes to develop, and believes that the Young Terriers’ upcoming game against Chorley is the perfect game to do that in.

"I'd like to improve on the physical side of my own game and coming up against Chorley, another men's team, it can definitely help me physically.

"The physical battle will be tough against Chorley, but they also like to play direct, so winning the headers and the second balls will be just as important.

"It can be difficult coming up against older more physical players, but I can handle it well and it will be a positive experience."

You can follow live match updates from 5pm on Friday 13 March 2021 over on Town’s official Academy Twitter; @htafcacademy.

Huddersfield Town’s Under-19s beat a Chorley XI 2-1 at Canalside on Friday evening thanks to a Jaheim Headley brace.

The young left-back got on the scoresheet twice as he put in a strong attacking and defensive performance at wing back.

Meanwhile, Chorley striker Conor Hall was the man on target for the visitors.

Town started the game the brighter of the two sides and threatened the Chorley goal early on.

Five minutes in, Sam Peplow popped up on the right wing before cutting inside onto his left foot to curl a low shot around the post. 60 seconds later Will McCamley found space to drive but was denied by a Sam Ramsbottom save.

In the 12th minute Town's early pressure was rewarded as Headley struck an opener. The ball fell to the young left-back outside the box who took a stride before firing a powerful effort across his body and into the right side of the goal.

Chorley responded well, finding their equaliser in the 20th minute. Lewis Reilly delivered a testing cross from the left, which striker Conor Hall was able to head having out jumped his marker.

Chorley came agonisingly close to taking the lead in the 29th minute as Etienne Camara committed a foul on the edge of the box. Reilly stepped up for Chorley and curled the subsequent freekick onto the left post with his instep.

The scoreline didn't stay level for long as Headley found his brace in the 34th minute. The left-back found himself with the ball on the edge of the box as he fired a driven shot across go and into the bottom right corner.

Town were fortunate to go into half time ahead after Brahima Diarra gave away a foul on the edge of the box seconds before the whistle. The hosts were let off however, as Lewis Reilly's freekick struck the top of the wall.

Town began the second half as brightly as they started the first and nearly doubled their lead in the 47th minute. However, a break down the left wing was stunted as Kit Elliott's final ball was slightly ahead of Peplow in front of goal.

Three minutes later and another chance was squandered by the hosts. A Peplow cross from the right found Diarra unmarked in front of goal, but the Frenchman could only nod over the bar.

Town's early second half chances were followed by a sustained lull in the game as Chorley looked to hold possession and build from the back in search of an equaliser.

Despite the second half lacking in goal mouth action, the Young Terriers showed a maturity to see out the result and nullify Chorley's attempts on goal.