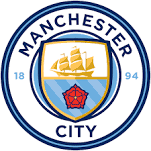 Huddersfield Town Under-19s defender Jaheim Headley was pleased with his first game back from injury on Saturday afternoon.

The Young Terriers beat Tadcaster Albion 2-0, with Headley scoring Town’s opener midway through the first half when he advanced forward from left wing-back to latch onto a through ball and fire in at the near post.

The 19-year-old full back was pleased with his performance on his return from a brief injury lay-off.

“I think I played well.

“It was my first game back from injury, which wasn’t a long injury, but any injury is a setback.

“I think everyone had a positive impact on the game; offensively going forward and defensively as well.

“Towards the end I think it became a bit of an open game, so we continued attacking but kept everything tight defensively as well.”

Headley took his goal well and admitted that contributing going forward is something he practices in training.

“In training I do finishing with the strikers quite a bit.

“So, whenever I get the chance, I like to show I can affect the game going forward by scoring goals and getting assists.”

Headley has featured for both Town’s Under-19s and B Team this season and has his sights set on following in the footsteps of many of the Young Terriers by transitioning into the First Team.

“My aim is to be in and around the First Team and hopefully get into a match day squad.

“I know what is required of me, so it’s about taking that next step and continuing from there.”

Jaheim and his Under-19 teammates are back in action when they travel to face Manchester City on Tuesday 20 April 2021; 6.30pm kick-off. You can follow live match updates over on Town's Academy Twitter; @htafcacademy.

Huddersfield Town’s Under-19s beat a Manchester City XI 4-3 with the last kick of the game at City’s Training Ground on Tuesday evening.

The Young Terriers took an early 2-0 lead after 11 minutes following an Ernaldo Krasniqi header and an own goal.

Ben Midgley restored Town's two goal advantage shortly before half time after City had struck from the spot earlier.

Two second half goals got the hosts level before Kit Elliott struck in the 94th minute to win the game for Jon Worthington's side.

Town got off to the perfect start by taking the lead in the fourth minute. As the hosts tried to play out from the back, Town's high press caused problems for City as they inevitably lost possession in a vulnerable area.

Kian Harratt's darting run to receive the ball inside the box took the forward around the 'keeper before his cross set up Krasniqi who headed home in front of goal.

The Young Terriers doubled their lead in the 11th minute under advantageous circumstances. A defensive pass back from a City defender to his goalkeeper ended in disaster as the ball rolled under the foot of the Citizens’ stopper and into the back of the net.

Manchester City's 'keeper made an important stop six minutes later to deny a Town third. Brahima Diarra slid Harratt in behind the defence who shot first time, on the turn, before the 'keeper's outstretched leg deflected the effort narrowly beyond the post.

His save would prove important as City halved the deficit from 12 yards after 20 minutes. Following a foul by Pata inside the box, the City forward casually rolled his spot-kick into the right side of the goal as Bellagambi dived to the left.

Krasniqi almost had his second of the game in the 36th minute. A ball from the right dribbled its way to the midfielder in the centre of the box, who’s powerful first time strike flew narrowly wide of the top right corner.

Krasniqi's miss was forgiven three minutes later as Ben Midgley struck for Town. A cross into the box had seemed to be dealt with before the young midfielder won the ball back and tipped it past the 'keeper from close range.

City restarted the second half strongly and got a second goal back in the 50th minute through an incredible free-kick. Following a clash of heads on the edge of the box, the referee awarded the hosts the set piece. City's central midfielder struck a left footed effort into the top right corner, clipping the underside of the crossbar and leaving Bellagambi with no chance.

Town had a chance to regain their two-goal advantage in the 57th minute as Jaheim Headley skipped down the byline before crossing to Krasniqi in the box, but the midfielder's header was driven into the ground.

Town continued their push for a fourth. Luke Daley's marauding forward drive in the 70th minute was followed up by a well-placed through ball finding Headley's stride. Headley carried the ball wide left before his powerful drive was met by a pair of firm gloves at the near post.

Despite Town's growing presence in the game, City equalised in the 75th minute. A shot from the left side was well saved by Bellagambi's sharp reactions, however the rebound was turned in by a lurking winger at the back post.

Town's hard work paid off in the fourth minute of stoppage time as Kit Elliott won the game. The young forward was found on the left side before cutting in and lifting an effort over the 'keeper with his toe.