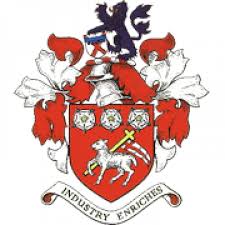 A competitive affair saw a young Huddersfield Town Under-19 side narrowly beaten by an experienced Liversedge FC XI on Thursday evening.

Town's starting line-up mainly consisted of Under-17 players, who battled well against a physical opponent.

Despite an impressive performance from Nicholas Bilokapic to keep Town out of trouble in the first half, Liversedge took the lead in the second half and the Young Terriers were unlucky not to find an equaliser.

The Young Terriers began the match in battling fashion, refusing to lose their physical duals against the experienced side in the early periods and providing an own early threat on goal via some misplaced corners.

The hosts squandered a valuable opportunity in the 14th minute as a left sided corner found their man in front of goal who rised highest to nod over the crossbar.

Ten minutes later Liversedge saw a second big chance pass them by. Tom Bamford appeared to win the ball with a last gasp sliding tackle to deny the host's right winger inside the box. However, the linesman's flag was waved to award a penalty to the home side. A soft effort from twelve yards was rolled towards the bottom left corner allowing Nicholas Bilokapic to make a comfortable low save to his right.

Town responded to the potential threat instantly, causing trouble in the Liversedge box. An inswinging corner dropped to David Adewoju in front of goal, whose volley was saved well by the 'keeper.

The second half began as the first had ended, with most of play being spent in a closely matched midfield.

Town came close to making a breakthrough in the 60th minute finding space down the left. Will McCamley worked in from the left of the box, however, the midfielder's shot was lashed wildly over the crossbar.

Liversedge broke the deadlock in the 67th minute after McCamley was penalised for a pass back to his 'keeper. The hosts first effort was driven low before the rebound was fired home by a Liversedge man inside the box.

Once again, Town came close to finding an instant response as Neo Eccleston sliced a bouncing ball past the post from inside the box.

Bilokapic produced another important save to deny the hosts in the 75th minute. A right sided freekick was looped into the box by the hosts, finding a man at the far post who volleyed first time before Bilokapic's quick reaction save tipped the ball over to safety.

Town continued to press for an equaliser in the closing stages of the game, but Liversedge showed their experience to see out a narrow victory.