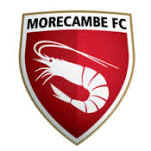 Huddersfield Town’s Under-17s are back in action on Wednesday 15 September 2021, when they travel to take on Morecambe in the Rossall Cup!

A brand-new competition for this season, the Rossall Cup was founded by Rossall School, who are based in Fleetwood.

The Young Terriers will come up against Rossall School, Fleetwood Town, Blackpool, Morecambe and Oldham Athletic in the group stages of the competition.

Academy Manager, Emyr Humphreys, spoke to htafc.com about why the Academy staff chose to enter the Under-17s.

“It’s something that we’ve reviewed a lot as staff, and the players have always fed back that we don’t have enough competitive games in our programme.

“It’s something that we’ve been really looking at in terms of competitions and tournaments to try and increase the competitiveness for the players.

“We want to use it very similarly to how we use the Clarets Cup – to put a bit more pressure on the Under-17s and be a bit more demanding of their performance.

“In the League games we share the minutes and make sure everyone gets an opportunity, whereas in Cup games we’ll be going out to play the strongest team to try and win the match.”

Emyr want on to discuss why cup games are key for the Young Terriers.

“I think any competition that they play in is a chance to demonstrate what they’ve learnt in training and a bit about their personality and character.

“All of the lads here have a point to prove, so every time we face a team to compete against, it’s a chance to show what they’re about.

“We taper the training to allow the players to perform better in the games, whereas for the league games we train to improve.

“Before a normal Saturday league game, we’ll train double sessions every day, even on the Friday.

“For these performance games, we’ll try and taper the week to allow the players to perform at their best.”

The Under-17s face Morecombe in their first game of the competition, and Town’s Academy Manager explained what he expects from them.

“They’re not a team that we’ve played for a few years, so they’re going to be a new opponent for us.

“I imagine they’ll be quite similar to the other teams we’ve faced from around that area – tough, hardworking, honest.

“It’s a good challenge for our players as they’ll be quite robust and physical.”

The Young Terriers go into the game off the back of a 2-1 win over Harrogate Town in the Youth Alliance League. Charles Ondo and Conor Falls were on the scoresheet for Town.

You can also support the Town Academy by joining the Blue & White Foundation – CLICK HERE to see the benefits!