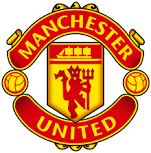 Week in, week out, the Huddersfield Town youngsters compete in the U18 Youth Alliance league, playing an age group up to give them more of a test physically. However, during those regular fixtures, Dean Whitehead’s side also tests itself against opponents from the same age group (Under-17s).

These Under-17s games mainly come in the form of the Clarets Cup, but yesterday (Wednesday 28 November 2018) ‘Deano’s’ side took on Manchester United away from home.

The match provided the youngsters an excellent test against one of the best young sides in England, with Town’s young side coming away 2-1 winners.

Dean Whitehead explained how delighted he was with the performance:

“To be honest we did a lot of things right. We had a lot of possession, kept the ball well, played in our structure like we have done all season.

“They’re learning the system a lot better - now they know where to be, why they’re there and how it affects the opposition. Man Utd couldn’t handle our structure and our movement.

“We said before the game that this is a match to see where we are at in our age group, testing ourselves against supposedly one of the big boys, but we were better than them in pretty much every department, which is very pleasing.”

The Under-17s improvement has shone through over recent weeks as they continue to work towards the Terriers Identity.

Despite losing some of the U18 Youth Alliance games, ‘Deano’ explained why this result was a big one for his group of players.

“I’m delighted for the lads because they’ve been putting in good performances and more often than not, not getting rewarded for it.

“Now they’re starting to get results, which is nice for them, but for us and their development the performances as individuals and the team have been outstanding.”

Following the game, Town’s Under-17 Coach explained what he said to the youngsters, whilst detailing how playing an age up is aiding their development.

“I said to them that games we play every week against older players is now really paying off, because they’re getting physically stronger, fitter and better.

“When they play down in their own age group all of that is showing because we look fitter, sharper, brighter on the ball and that’s something they’ve really progressed with in the last month or so.”

The Young Terriers are back in action on Saturday in the Clarets Cup as they face a similar aged Salford City side.

‘Deano’ explained what he thinks the next step is for the Under-17s.

“The challenge for them now is to try and get that little bit of consistency because the last few performances have been really good.

“We understand that younger players have dips and are inconsistent at times, but our challenge is to keep up those levels. We go into the Clarets Cup match with huge confidence and belief.”

Town supporters can attend the match on Saturday (1 December 2018) for FREE! The game kicks off at PPG Canalside at 11am.