- Huddersfield Town vs Blackpool
- Game gets under way at 3pm
- Get your ticket for the game online now!

Town go into Sunday’s game looking for their second win of the season following the reversal at Bristol City on Wednesday night.

Blackpool arrive in Huddersfield following a 1-0 home defeat to Blackburn Rovers on the same evening.

Blackpool finished the 2021/22 season occupying the 16th spot of the Sky Bet Championship table on 60 points.

Led by Head Coach Michael Appleton, this is the Seasiders’ second consecutive season in the Championship following their promotion from Sky Bet League One at the end of the 2020/21 campaign.

Having lost to Blackburn Rovers during the week, Blackpool will be looking to bounce back into form since they were unbeaten in three league games and currently sit 15th in the table.

Connolly joined the Seasiders in June 2021 from Everton after rising through the academy ranks at Goodison Park. Prior to his move to Bloomfield Road, the defender had been sent on eight loan spells from Everton to Barnsley, two loan spells with Wigan Athletic, Ipswich Town, Bolton Wanderers, Lincoln City, and then spent 18 months on loan with Fleetwood Town. The 24-year-old has also represented England at various youth levels. This season for Blackpool, Connolly has appeared in all eight games and has scored one goal.

A new signing for Blackpool this summer, Theo Corbeanu joined the Championship side on a season-long loan from Wolverhampton Wanderers. The Premier League side sent the 20-year-old back on loan after he had two successful loan spells last season with Sheffield Wednesday and MK Dons, helping the Dons reach the Play-Off semi-finals. The Canadian international has started his season with Blackpool by scoring two goals in eight appearances as he aims to prove himself.

Now 24, goalkeeper Grimshaw joined Blackpool from Premier League giants Manchester City in 2021 and has established himself as the first choice custodian at Bloomfield Road this season, starting all seven Sky Bet Championship fixtures. It was the latest boost for the shot-stopper, who signed a new three-year contract extension with the Club during the summer.

Town Head Coach Danny Schofield provided the latest on the fitness of his squad in his press conference on Friday 2 September 2022. Click HERE to watch the full video.

HOW TO WATCH & LISTEN ONLINE

As the game is on Sunday, it is available to watch on iFollow by purchasing a match pass for just £10.

Huddersfield Town were beaten 1-0 by Blackpool in the Sky Bet Championship at the John Smith’s Stadium on Sunday afternoon.

A solitary goal, scored by Blackpool forward Theo Corbeanu, was the difference between the two teams in a closely-contested match.

The visitors enjoyed more of the ball in the opening stages but Town were the first to have a shot on target; Sorba Thomas cutting inside from the left and forcing Daniel Grimshaw into a save low down to his right in the 10th minute.

Lee Nicholls was called into action after 19 minutes, calmly catching a Theo Corbeanu effort after Town had lost possession at the back.

The Terriers started to gain more of a foothold and forced two corners in quick succession, the latter of which was headed narrowly wide by Jack Rudoni!

Danny Ward was next to go close, trapping a pass fizzed into him before turning and firing the wrong side of the left hand post from 18 yards.

Rudoni then forced Grimshaw into a flying save from range before a swift counter-attack saw Blackpool take the lead.

Corbeanu reacted quickest to tap in from close range on 38 minutes after Ian Poveda had hit the post.

Town rallied before the break with Rudoni working Grimshaw again, but we trailed 1-0 at half-time.

Danny Ward tried to change that just three minutes after the restart, but his header from a Thomas cross was held by the Blackpool ‘keeper.

Head Coach Danny Schofield made two substitutions just before the hour, Josh Ruffels replacing Jonathan Hogg because of an injury and Pat Jones coming on for Kaine Kesler-Hayden.

The latter injected energy into the match straight away, beating his man with skill and pace down the left to force a corner. That set piece was headed towards goal by Yuta Nakayama, but his effort was adjudged to have not crossed the line by the narrowest of margins!

Town fans were now in full voice, fuelled even more so by two yellow cards in quick succession for Rhys Williams and Jerry Yates.

The Terriers’ next effort came 15 minutes from time, Jon Russell curling narrowly wide from the edge of the area.

The final quarter of an hour plus stoppage time saw Town continue to push forward and force the visitors back, but unfortunately we couldn’t find an equalising goal. 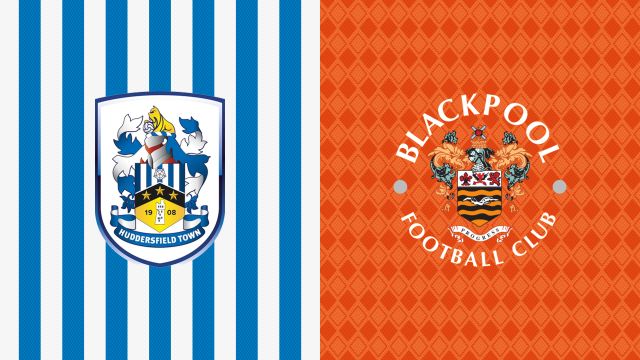 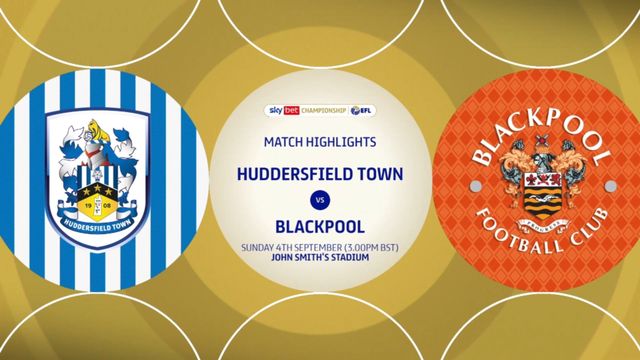