Huddersfield Town are back in Sky Bet Championship action after the international break on Saturday 1 October when they travel to face Reading; 3pm kick-off.

The Terriers come into this game following their 1-0 home win against Cardiff City before the international break, hoping to build on that by gaining first away points of the season.

The Royals also come into this game off the back of a win before the international break after their 1-0 away victory over Wigan Athletic.

This is Reading’s 10th consecutive season in the Sky Bet Championship. They will be looking to improve on their 21st place finish last season, which they seem to be on the road to do as they currently sit third after 10 games.

In February 2022, Paul Ince was appointed interim manager of Reading and he guided the Championship side to safety and out of the relegation battle with two games left to play of the season. This saw Ince given the manager job on a permanent basis in May 2022. 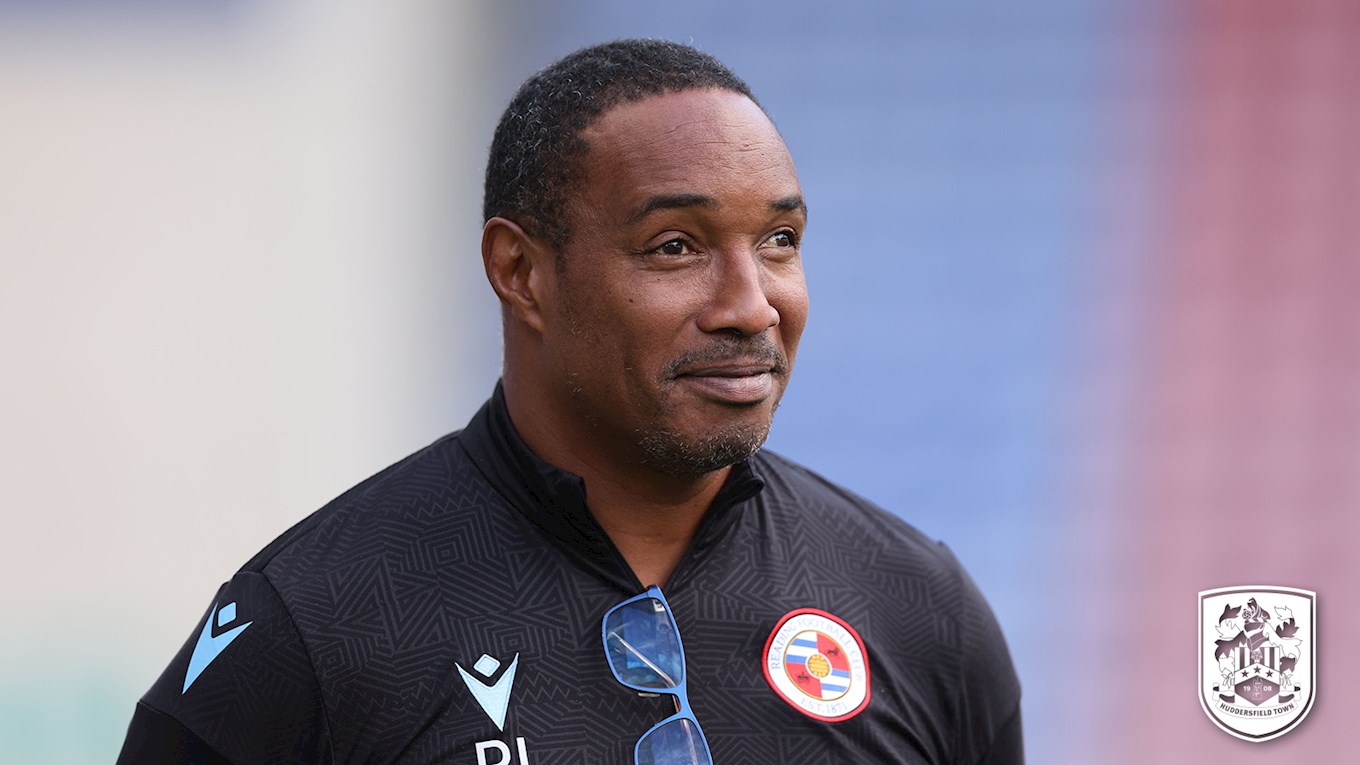 In their opening 10 games of the 2022/23 season, Reading have recorded six wins and four losses.

The midfielder joined the Royals on a season-long loan in the summer from new Premier League side, Nottingham Forest. Fornah made three appearances for Forest at the start of last season, featuring in the Carabao Cup against Bradford City and Wolverhampton Wanderers as well as making his Championship debut against Blackburn Rovers before spending the second half of the season with Shrewsbury Town in League One, where he made 19 appearances. So far this season, the 23-year-old has featured in every game while on loan with Reading, scoring one goal and assisting another goal. 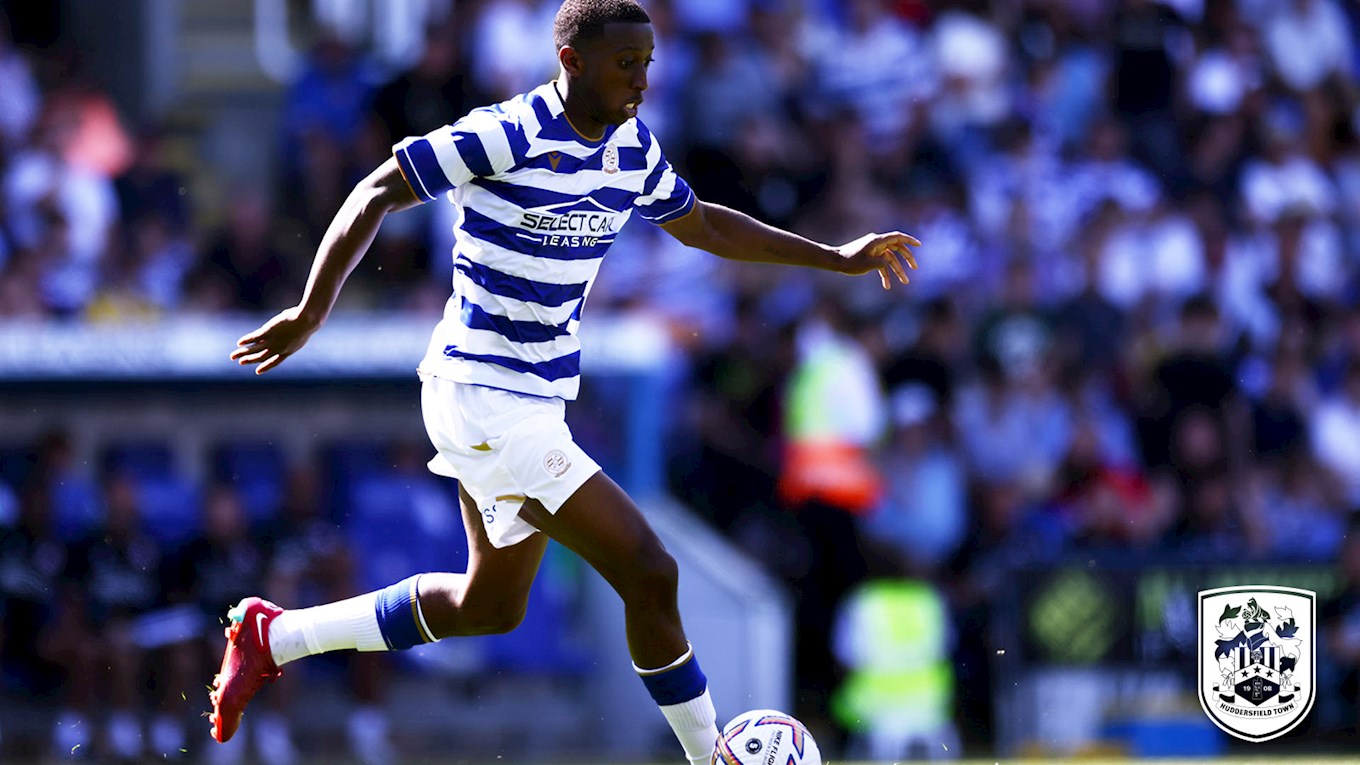 The experienced Canadian winger initially joined Reading on a one-year deal in August 2021 following his departure from Cardiff City. Hoilett has experienced promotion to the Premier League twice in his career, first helping QPR return via a Play-off Final victory over Derby County and then winning automatic promotion with Cardiff City. Internationally, the winger has helped Canada reach their first World Cup in 36 years following a 4-0 win over Jamaica in March earlier this year, with Hoilett scoring the third. After this, the 32-year-old agreed a new one-year deal with the Royals.

Town will provide full team news in the press conference before Saturday’s fixture later this week.

Town will be wearing their third pink kit for their away game against the Royals on Saturday afternoon.

Tickets are on sale until 2pm on Friday 30 September – CLICK HERE – and are available to purchase from the Ticket Office.

There is also a separate Family area at the Select Car Leasing Stadium detailed below, with the same category differences regarding Season Card Holders and Blue & White Members.

PLEASE NOTE: Family Area Seating is only available to adults who are accompanied by a child. No adult without a child or child without an adult will be admitted in this area. Families are reminded to look out for the Family Steward, who is on hand to help on match day.

Disabled supporters should pay their relevant price category as indicated above. To receive a companion ticket free of charge, supporters must be in receipt of the Disability Living Allowance at the middle or higher rate, or the enhanced Personal Independence Payment.

Supporters with visual impairment are advised that Reading have a limited number of full headsets available in their home seating sections. However, if supporters would like to remain within the away section, an ambulant ticket should be purchased, and a handheld radio can be arranged for collection at the turnstile on arrival subject to availability.

Reading FC recommend you give yourself extra time to get to the Stadium on Saturday due to ongoing works involving the M4, although the road is due to be open on Saturday. Click HERE for more information via Reading's official website.

Supporters should also note that planned industrial action is affecting train services on Saturday 1 October, and are encouraged to find other modes of transport to Reading. You are strongly encouraged to check with the operator before traveling.

If you’re unable to attend Saturday’s game against Reading, you’ll be able to listen to the game via iFollow HTAFC.

Defeat on the road in Berkshire for Town

Town were beaten 3-1 by Reading in the Sky Bet Championship on Saturday afternoon.

A Tom McIntyre header and Lee Nicholls own goal in the first half were added to by Yakou Meite after the break in Mark Fotheringham’s first match as Head Coach.

The match struggled to gain a rhythm in the opening stages at the Select Car Leasing Stadium, with two Reading players taking knocks in quick succession.

Town looked to build from he back with a possession-based style and forced a half chance with nine minutes on the clock, but Yuta Nakayama’s effort from the edge of the area was comfortable for Royals goalkeeper Joe Lumley.

Reading then started to gain more of a foothold with Jeff Hendrick heading wide before they took a 29th-minute lead through McIntyre.

The centre-back headed a Tom Ince corner across goal and into the bottom right corner, despite the best efforts of Jordan Rhodes on the line.

It was 2-0 seven minutes later when Michal Helik, who was on the stretch, diverted a Hendrick cross off Nicholls and into the net for an own goal.

The last chance of the first half saw Ince find the side netting from a free-kick, with Town trailing at the interval.

Fotheringham made two substitutions at the beginning of the second half, with Ben Jackson replacing Nakayama at left-back and Danny Ward taking the place of Duane Holmes.

That meant a slight change of formation with Ward joining Rhodes in attack and the Yorkshireman fired a shot wide at the end of a quick attacking move shortly after his introduction.

Town were now playing with more confidence and looking to push forward, with a Sorba Thomas cross narrowly evading Rhodes and Ward in the penalty area.

However, the home team put the result beyond doubt with 10 minutes to play. A mistake at the back presented the ball to Ince, who slid through team-mate Meite to finish past Nicholls.

The Terriers didn’t give up and Helik headed a pin-point Thomas free-kick narrowly wide of the left hand post before Tom Lees headed in from a corner in the fourth minute of second-half stoppage time to reduce the arrears. 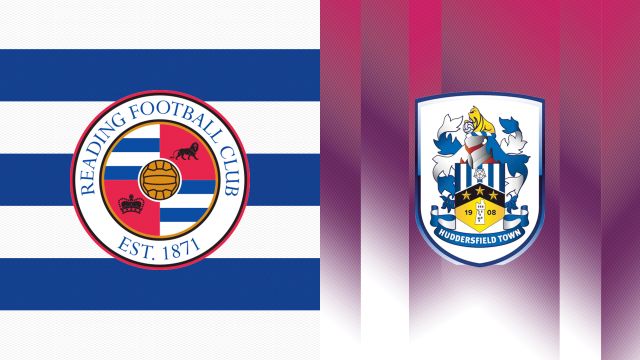 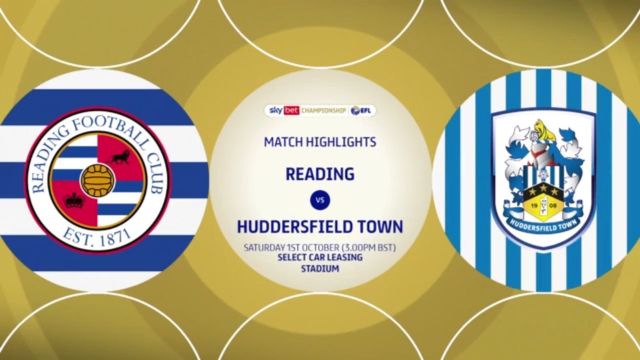 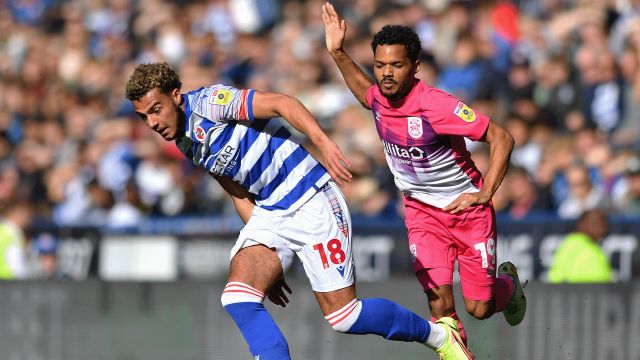