The two sides are well known to one another, having last played each other in January 2022 when Town ran out 2-1 winners in their Emirates FA Cup Third Round tie.

Town go into Saturday’s game of the back of a double pre-season match day on Saturday 23 July 2022.

Burnley go into the game following a 3-1 pre-season friendly victory over Shrewsbury Town.

After six consecutive seasons in the Premier League, Burnley were relegated to the Sky Bet Championship at the end of the 2021/22 season.

The Clarets appointed Vincent Kompany as Manager in June 2022, having parted ways with Sean Dyche in April 2022. 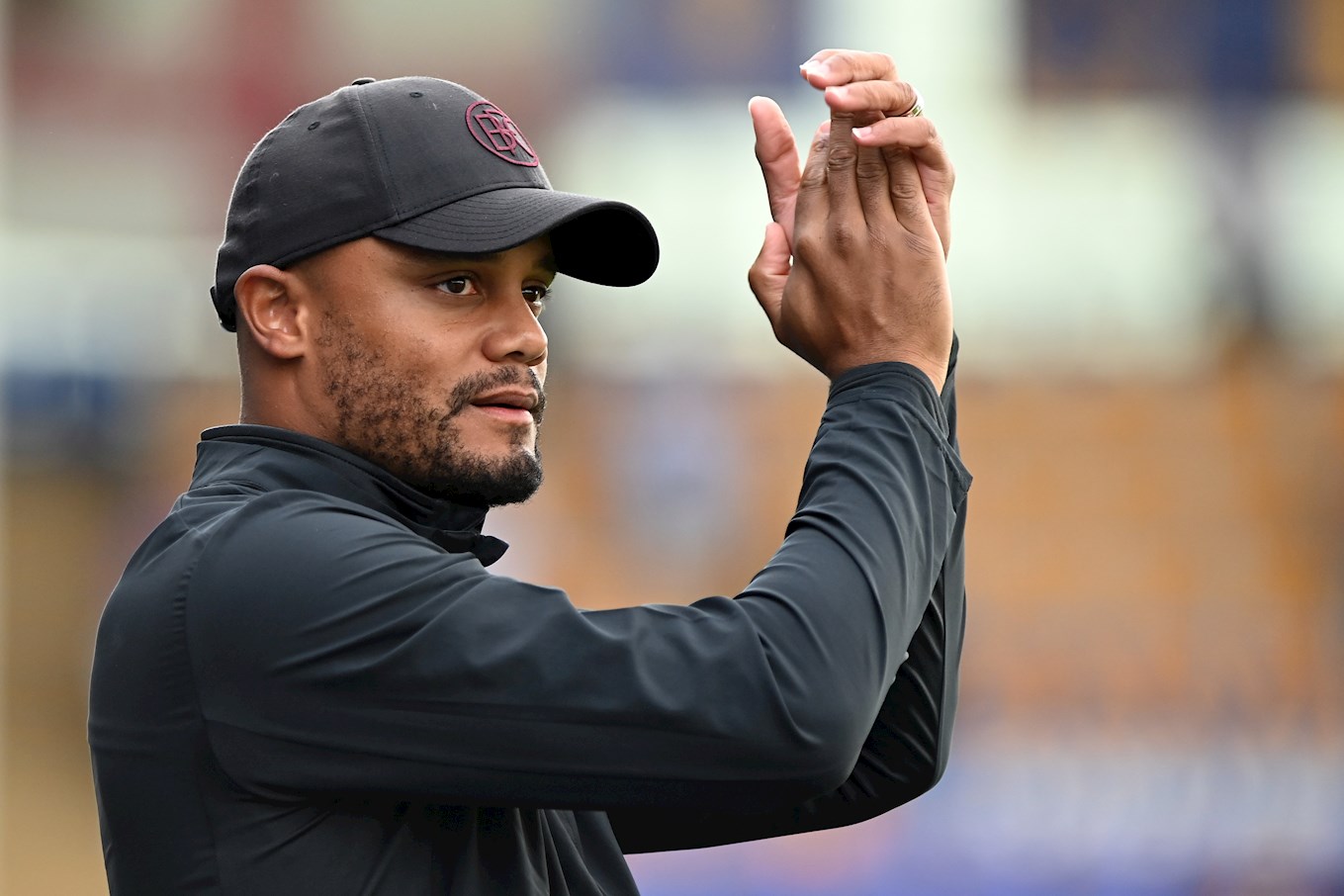 Since his arrival at Turf Moor, Kompany has made eight summer signings to improve his Burnley squad.

Burnley will be looking to kick-off their season with a win in hopes that they will return to the Premier League next season.

One of eight new signings this transfer window, Twine joined Burnley from MK Dons on a four-year deal. The forward made the move to Turf Moor after scoring 20 goals for the Dons last season, four of which came in the 5-0 win at Plymouth Argyle, helping his side reach the Play-Off Semi-Finals. Despite not reaching the final, the 22-year-old was named as the EFL League One Player of the Season. He will be looking at making an impact on the Burnley side this season and help take the former Premier League side back up again. 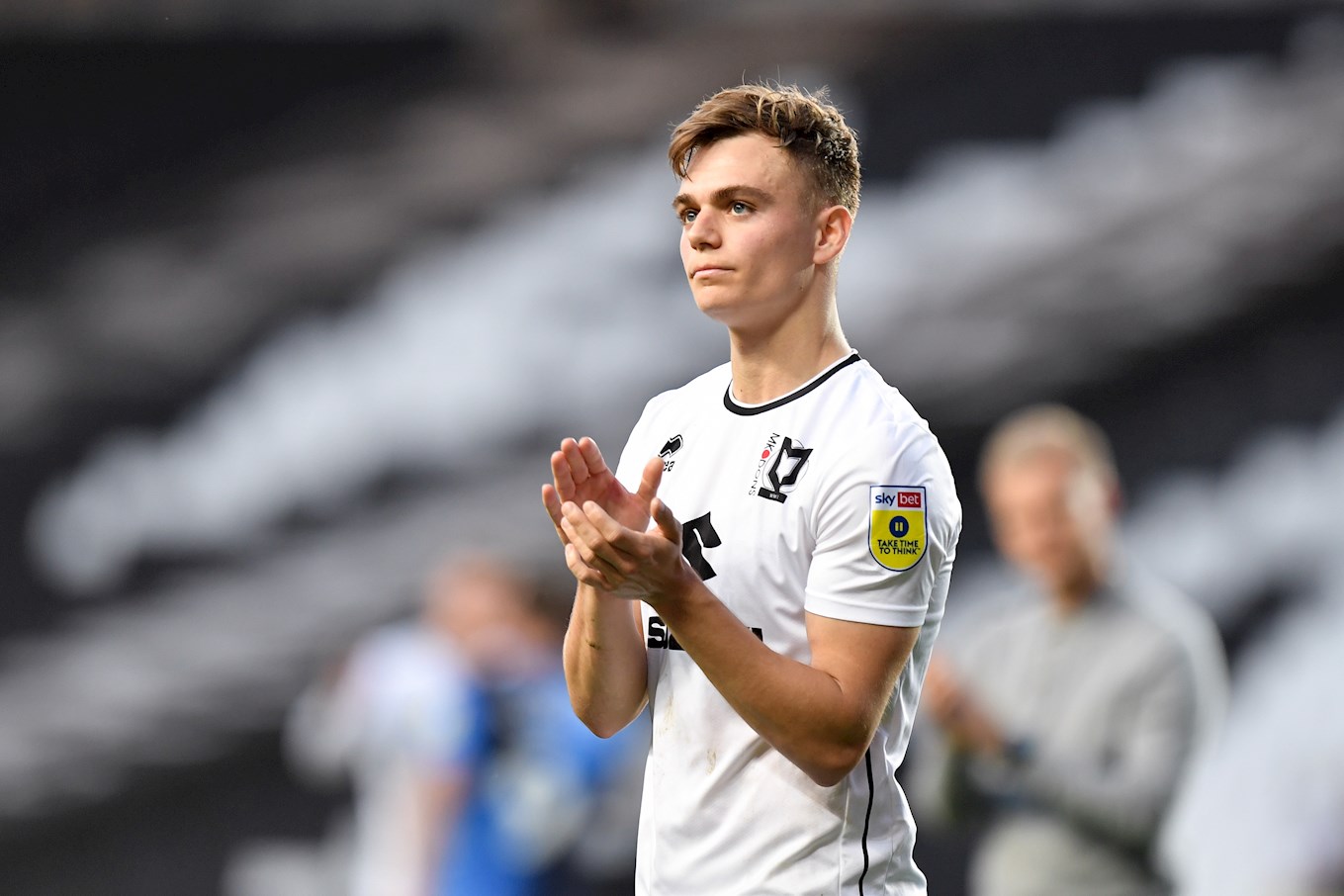 The striker initially joined the Clarets on a three-and-a-half-year deal in January 2014 to help them push for promotion, and five months later scored the opening goal in a 2-0 win over Wigan in order to secure Burnley’s place in the Premier League. Since arriving at Turf Moor eight years ago, the 32-year-old has played almost 230 games for the Clarets and has scored 45 goals. Barnes has seen Burnley through two promotions so far, and will be looking at making it a third this season. 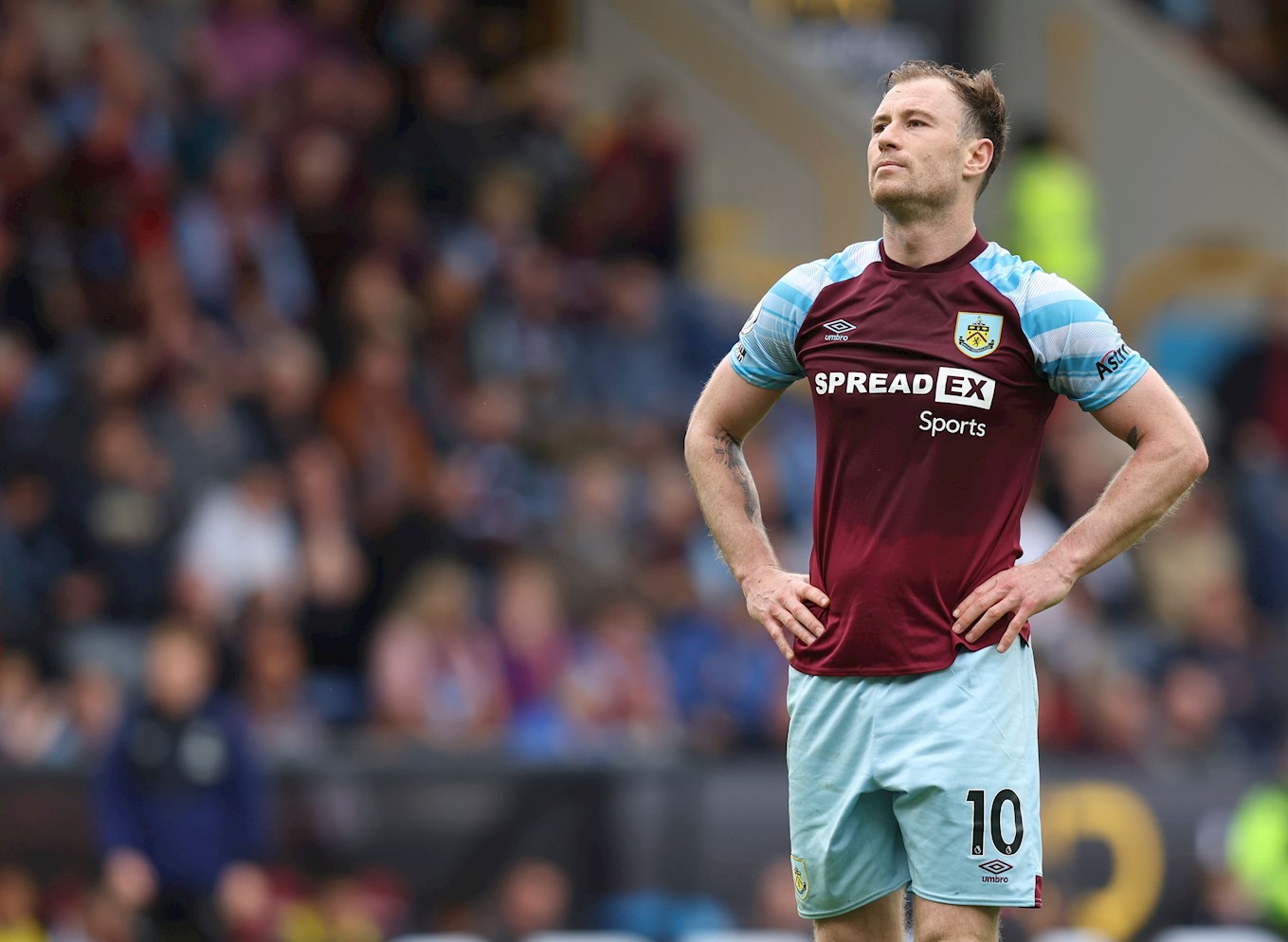 Another one of the eight signings made so far this transfer window, Maatsen joined Burnley on a season-long loan from Chelsea. The 20-year-old has spent the last two years out on loan gaining experience, first at Charlton Athletic in League One, and then Coventry City in the Championship last season. Internationally, the left back has represented the Netherlands from U15-U17 level, and won the UEFA European U17 Championships in 2019. Maatsen will be looking to test Town’s forwards on Friday evening. 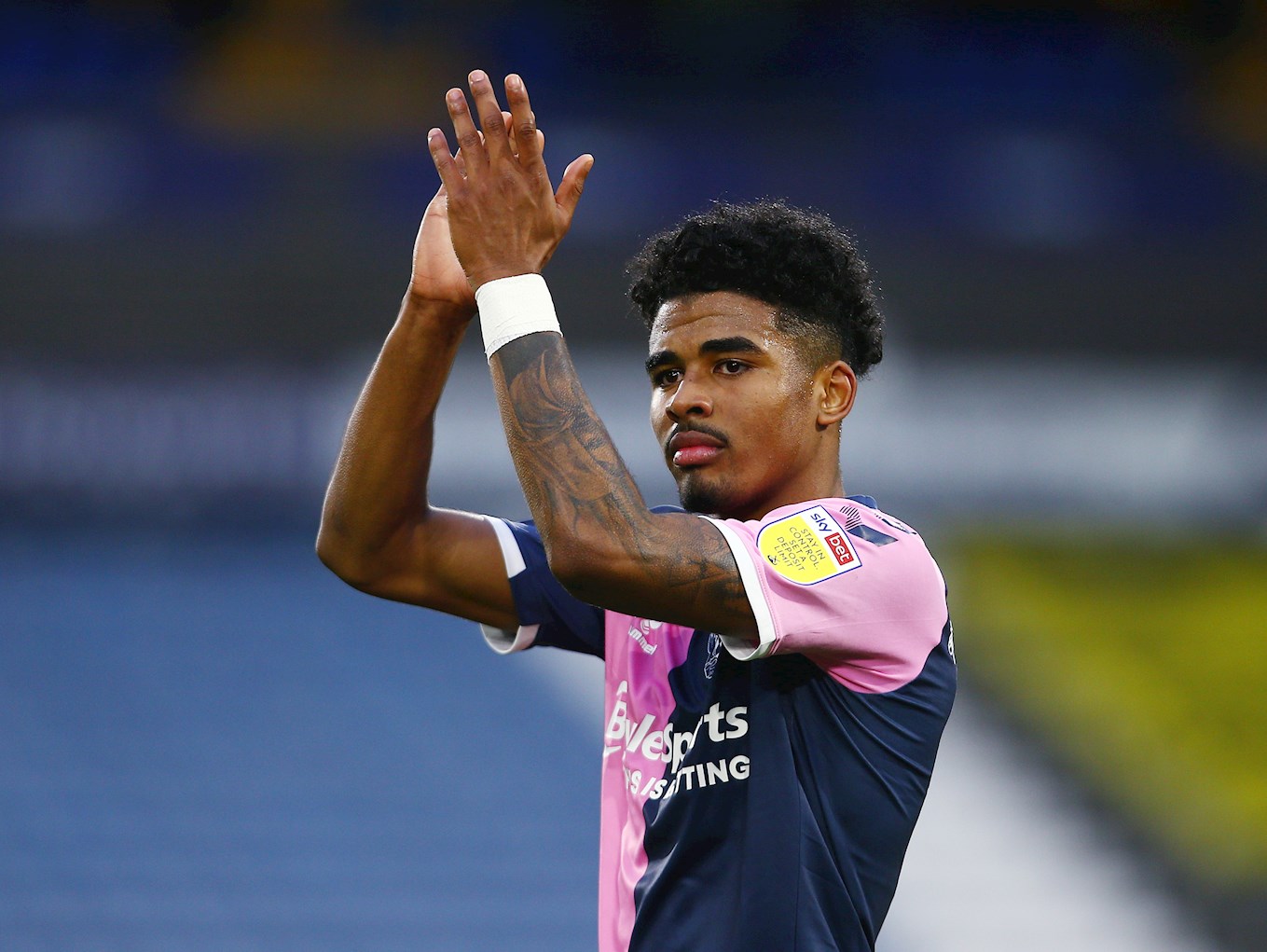 Town Head Coach Danny Schofield will provide the latest on the fitness of his squad after pre-season in his first league press conference on Thursday 28 July 2022.

Town will be in their famous blue and white stripes for Friday’s game.

Please note that in order to buy tickets, you must have a previous booking history with Town.

Friday’s fixture has been selected for live broadcast by Sky Sports.

Unfortunately, this means the game won’t be available to watch via iFollow HTAFC.

Huddersfield Town fell to defeat against Burnley on the opening day of the 2022/23 Sky Championship season.

The Terriers welcomed the Clarets to the John Smith’s Stadium on Friday evening, and a poor first half performance saw them unable to get themselves back into the game.

The game got off to a bright start, with both sides pressing high and trying to assert dominance.

It was Burnley who had the first half chance of the game, with Josh Cullen sending a tame strike straight into Lee Nicholls’ arms.

The visitors then continued to build, with Ashley Barnes trying a shot from an awkward angle, which Nicholls got down smartly to gather.

Burnley’s pressure paid off in the 18th minute, as they opened the scoring through Chelsea loanee Ian Maatsen. A clever dummy from Barnes just outside the box left Maatsen clear to send the ball into the bottom corner after a deflection fell kindly to him.

The game settled for a period, with the Clarets enjoying plenty of possession and working Town hard.

The 32nd minute saw Rarmani Edmonds-Green make a perfectly timed sliding tackle to deny Burnley on the edge of the box.

The remainder of the first half saw Town continue to struggle to get themselves into the game.

Town started the second half better than they had finished the first. An early chance fell to Josh Koroma, but his touch was just too heavy as he tried to beat his man in the box.

The Terriers continued to build momentum in attack, with a half chance for Danny Ward coming from a great Turton cross. Unfortunately, the forward just wasn’t tall enough to latch onto the end of it, seeing it bounce away.

The 56th minute saw Town made two substitutions, with Jack Rudoni and Tino Anjorin coming on in place of Josh Koroma and Duane Holmes. The two had an immediate impact, giving the entire Stadium a lift as the Terriers began to look that bit more dangerous in the final third.

As the clock showed 62 minutes played there were penalty cries from Town as Tom Lees was wrestled to the ground in the box, but the referee waved them away.

Wardy had a flash at goal 10 minutes later, but it went just over the bar! Some really lovely work from Rudoni and Anjorin in the build up to it.

Danny Ward then turned defender in the 82nd minute with a fantastic last-ditch challenge to deny Barnes!

Two minutes later, second half substitute David Kasumu was controversially booked for a challenge of the edge of his own box.

The last chance of the game fell to Burnley seconds later, as Scott Twine hit the post from a free-kick.

The Terriers were unable to get themselves back into the game, seeing Burnley walk away with all three points.

Town are back in action on Friday 5 August, when they travel to St. Andrew’s to face Birmingham City in their first away fixture of the new season. 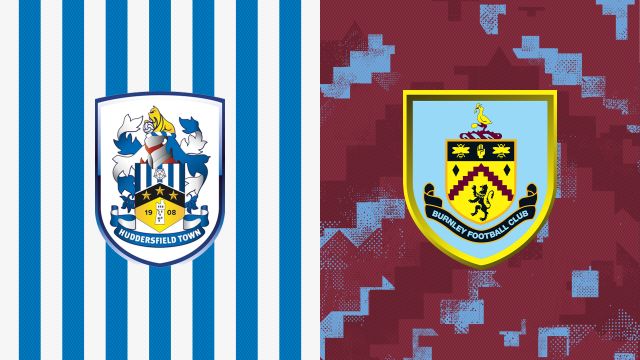 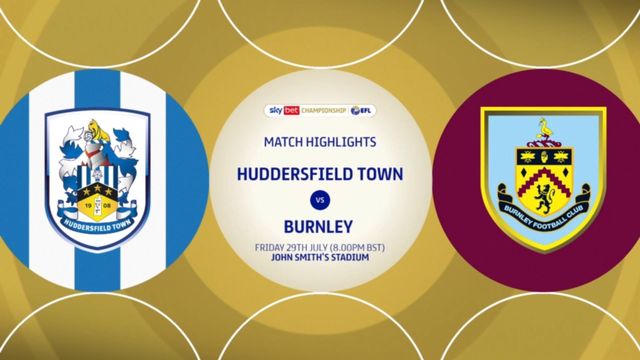 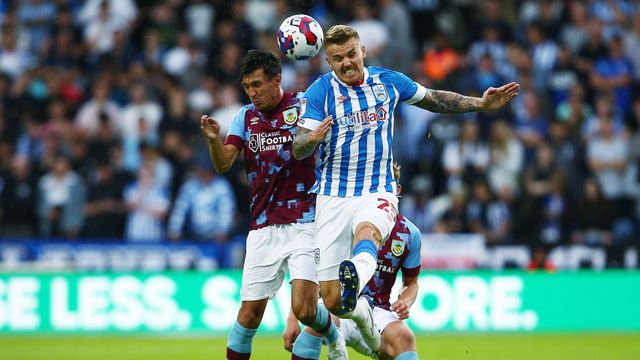