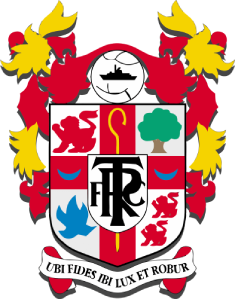 Huddersfield Town were 1-4 victors over Tranmere Rovers at Prenton Park in their penultimate pre-season friendly ahead of the 2022-23 Sky Bet Championship season.

After initially falling behind, goals from Ben Jackson, Brahima Diarra, Jordan Rhodes and Danny Grant were enough to see the Terriers past their Sky Bet League Two opponents.

Both teams were able to create chances in an open start to the game in Birkenhead.

Town ‘keeper Nicholas Bilokapic did well to palm Josh Hawkes’ powerful effort over the bar before a lovely piece of skill from Rudoni created an opening for Danny Grant, but the winger couldn’t quite time his header.

However, it was the hosts who took a 35th-minute lead when Town failed to clear a loose ball to safety, allowing Reece McAlear to find the bottom left corner from the edge of the penalty area.

That didn’t deter Town’s attacking intent as Rudoni pulled wide after neat work from Brahima Diarra, before a Jackson stunner fired us level!

Rarmani Edmonds-Green found the left-back on the left-hand corner of the penalty area following a corner, and the 21-year-old cut inside before finding the top-right corner with his weaker foot!

Jacob Chapman and Scott High replaced Bilokapic and Rudoni as planned halftime substitutes and the former watched two Kane Hemmings efforts over the bar within five minutes of the restart, one from range and one a header.

Two goals in five minutes then completed Town’s turnaround and swung the momentum firmly in our favour!

When Doohan’s mishit pass fell to Diarra, the Frenchman was able to lob the ball over the 6ft 1in ‘keeper from roughly 35 yards to give Town the lead.

Rhodes then took a pass nicely in his stride before firing across the Tranmere ‘keeper and into the top left corner via the post!

Chapman produced two sharp saves, one to deny Jon Nolan and the other thwarting Chris Merrie, either side of Town’s fourth and final goal of the afternoon. Danny Grant cut inside from the left before curling beyond Doohan with 14 minutes to play!

Substitute David Adewoju was later yellow card for a shirt pull but that won’t mar the afternoon, with Town returning to West Yorkshire victorious.