Huddersfield Town will be back at home in the Sky Bet Championship on Saturday 18 September at 3pm, with Nottingham Forest making the trip north in search of their first league win of the season.

Riding high after an emphatic 0-3 win away at Bloomfield Road against Blackpool, Town will be looking to extend this rich run of form against the Sky Bet Championship’s bottom side.

Having made the decision to part ways with manager Chris Hughton, the away side will be hoping that interim head coach Steven Reid will be able to inspire his side to a first league win of the season. 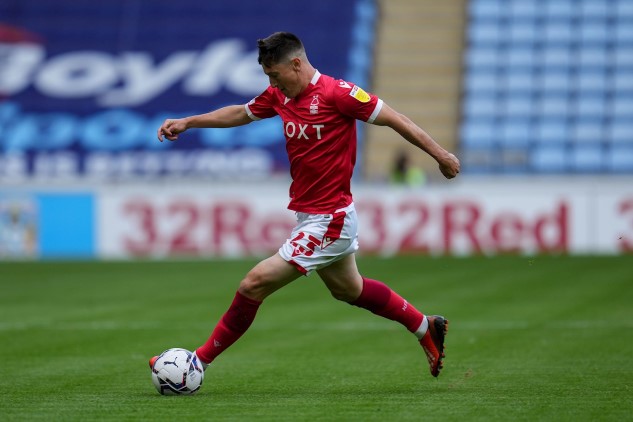 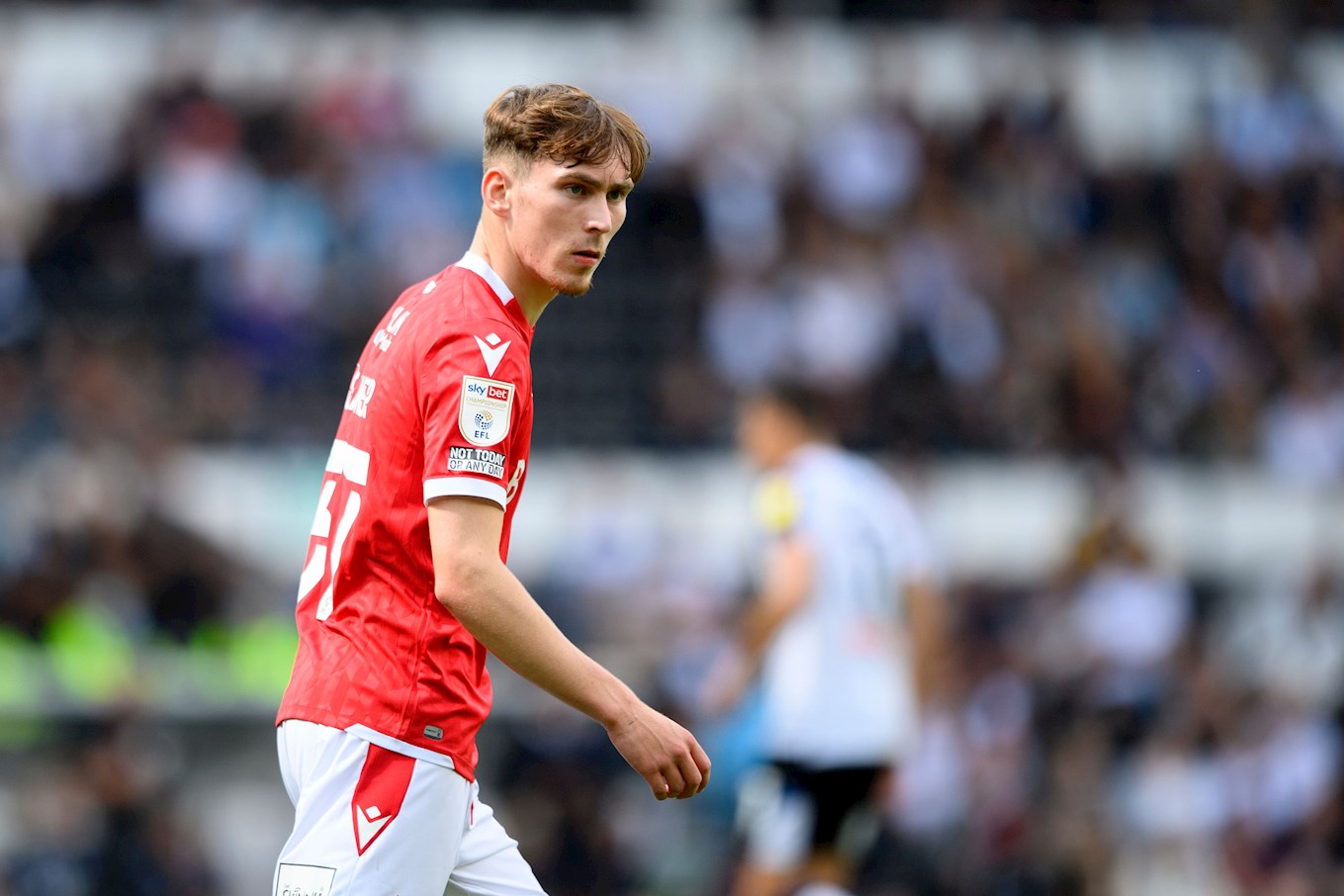 Having initially signed on loan from Manchester United in January 2021, Garner has returned to the City Ground on a season-long loan for the 2021/22 campaign. Highly rated at Carrington having just signed a new contract, the 20-year-old scored four goals in 20 appearances in his first stint at Forest. An influential attacking midfielder that’s comfortable on the ball and keen to pick a pass, Garner is the main supply line to Forest’s forwards.

On loan at Forest from Sheffield United, the Derby County youth product has made a strong start to life at the City Ground. An attack-minded left-back, Lowe has already contributed an assist since arriving at Forest, getting forward and joining the attacks as often as possible. Having represented England at under-16, under-17, under-18 and under-20 levels, Lowe will be hoping to get back to his best at Forest having failed to find his place in the first team at Bramhall Lane. 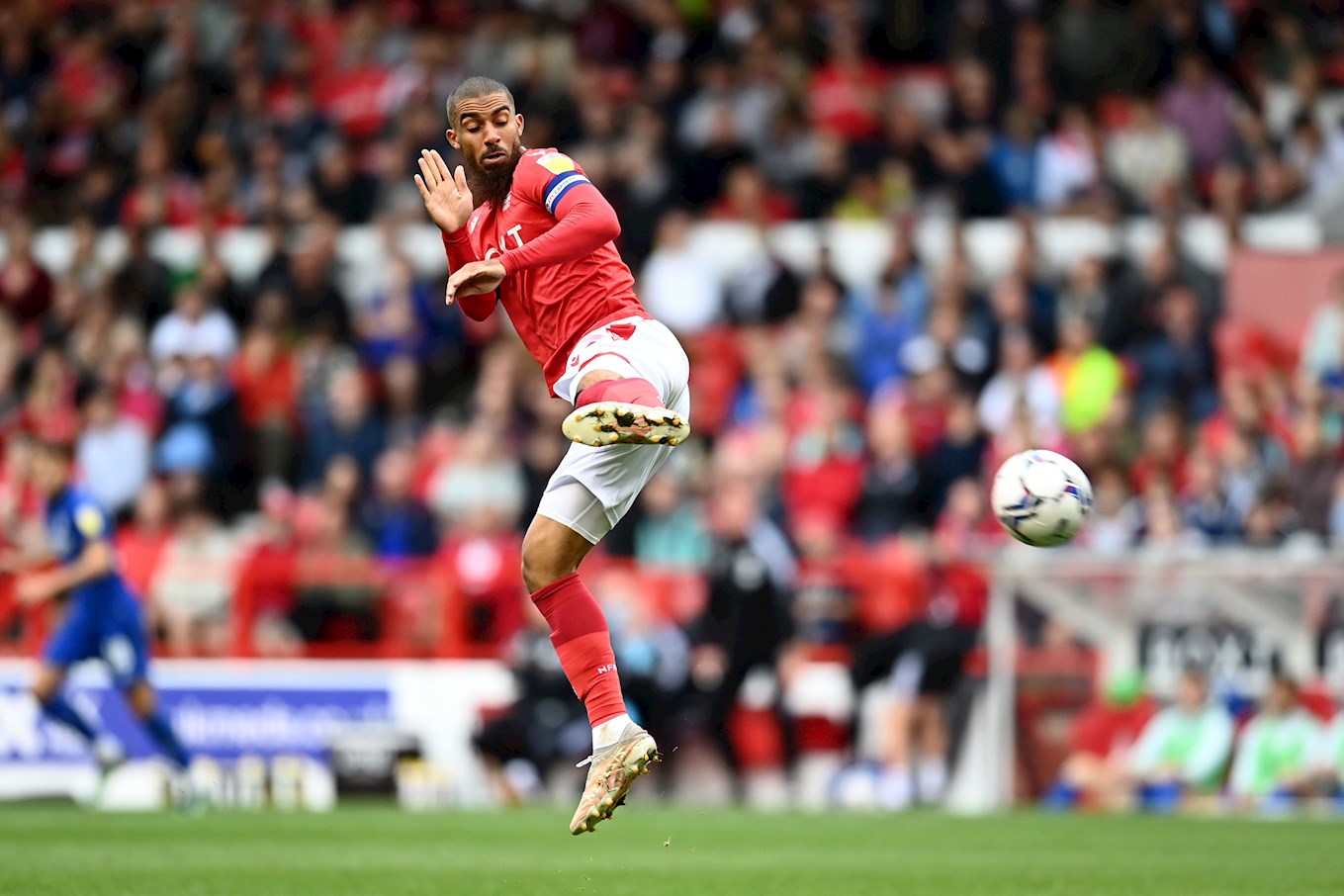 A mainstay of the EFL, Grabban can be a constant threat. With over 150 career goals to his name in well over 500 career appearances, Grabban knows the way to the back of the net, but is more than just a goalscorer. Great at holding the ball up and bringing others in to play, he’s a tough forward to come up against. Forest’s club captain, the 33-year-old’s experience is invaluable, as are the 44 goals he’s scored in 117 league games since joining the club.

Huddersfield Town will be without long-term absentees Jordan Rhodes, Pipa and Aaron Rowe.

Head Coach Carlos Corberán will provide a further update on the fitness of his squad ahead of Saturday’s game during his virtual press conference on Friday 17 September 2021.

As always, Town will play at home in our famous blue and white stripes this Saturday afternoon, which you can BUY HERE.

Nottingham Forest will be in their yellow and orange 3rd kit.

CLICK HERE to get your parking pass for the Nottingham Forest game.

Huddersfield Town fell to a 2-0 defeat to Nottingham Forest at the John Smith’s Stadium on Saturday afternoon.

A frustrating game for Town saw goals from Lewis Grabban and Joe Lolley either side of half-time allowed Forest to leave HD1 with all three Sky Bet Championship points.

It was the visitors who were on top in the opening minutes, with former Town man Joe Lolley earning Forest an early corner. Thankfully, it was well defended and came to nothing.

Town responded well, with their first shot on target coming in the sixth minute. Some nice play between Harry Toffolo and Josh Koroma down the right finished with Ward flicking a header straight at Brice Samba.

Forest came back with a chance of their own, but the deep cross didn’t trouble Lee Nicholls.

Danny Ward picked up Town’s first yellow card of the game in the 14th minute following a loose challenge in midfield.

Forest took possession for a period, which finished in them breaking the deadlock in the 21st minute. Brennan Johnson broke down the right and placed his cross straight onto Lewis Grabban’s head.

A great chance for Town followed not long after. Koroma worked Toffolo in on goal, but Samba got his angles right rushed out to smother the shot well.

The Terriers proceeded to grow into the game as the clock continued counting down to half time. However, a combination of not being able to find the correct pass to break Forest down and the visitors defending well, meant Town weren’t able to find an equaliser before the half time whistle.

Town came out for the second half having made one substitution, bringing Ollie Turton on to replace Matty Pearson.

Once again, it was Forest who started the brighter of the two sides, doubling their lead just four minutes after the restart. Lolley was quick to react to a smart save from Nicholls after Town made an error in possession, forcing the ball over the line from a tight angle courtesy of a couple of deflections.

The 61st minute saw Turton the second Terrier to be booked, for arriving a touch late to a 50/50 ball.

Sinani and Thomas both stepped up to take free kicks for Town, but both strikes were easily sent away by Forest’s wall of defenders.

Second half substitute Duane Holmes was bright upon his introduction and tried a chance to pull one back in the 71st minute. After finding himself some space, he sent a shot from distance, but was unable to hit the target.

Holmes was at the centre of the action against 10 minutes later, being incredibly unlucky to see his shot miss out on finding the back of the net thanks to an important block from centre back Joe Worrall, after Hogg slipped him into the area.

The resulting corner saw Town’s biggest chance of the game to halve the score deficit. Thomas provided an excellent delivery, but unfortunately for the Terriers, Lees saw his header go just wide from close range.

Despite efforts to do so, Town were unable to break Forest Town, seeing a disappointing result at the final whistle, with Turton also heading a very presentable corner wide from close range in one of the final actions of the game.

The Terriers are back in action on Saturday 23 September 2021, when the travel to face Swansea City. 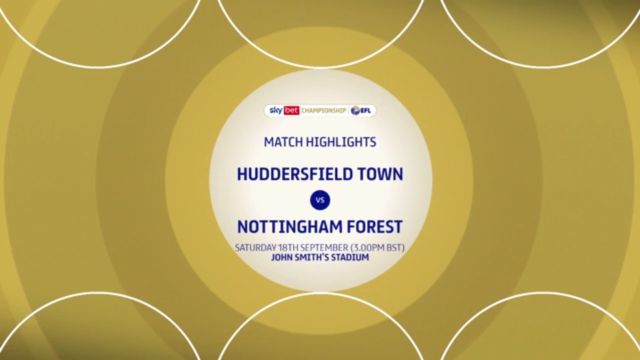 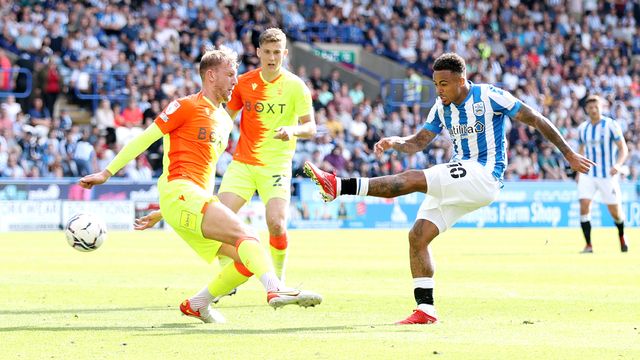