Huddersfield Town are back in Sky Bet Championship action for the final time in the regular season on Saturday 7 May 2022 when they take on Bristol City at the John Smith’s Stadium; 12:30pm kick-off.

Town come into the game having beaten Coventry City in their third win in a row, making it five wins from six since returning from the March international break.

Bristol City will arrive at the John Smith’s Stadium having seen off Hull City 5-0 in their final home Sky Bet Championship fixture of the season.

Managed by Nigel Pearson, Bristol City find themselves unbeaten in the last five with victories over Derby County and Stoke City in the last few weeks.

The Robins will be out for revenge when they arrive at the John Smith’s Stadium following Town’s impressive 2-3 victory at Ashton Gate earlier this season.

Following his arrival from Guernsey in 2020, Scott would have to wait a year before signing his first professional contract with Bristol City. Since making his debut for the club in April 2021, Scott has become a regular starter for the Robins, playing in 37 of his sides 45 Championship games this season. With the ability to start anywhere across the midfield as well as on the right-hand side, Scott has claimed four goals during his breakthrough season at Ashton Gate. His performances have earned him recognition at international level, playing four times for the England u19’s this season. 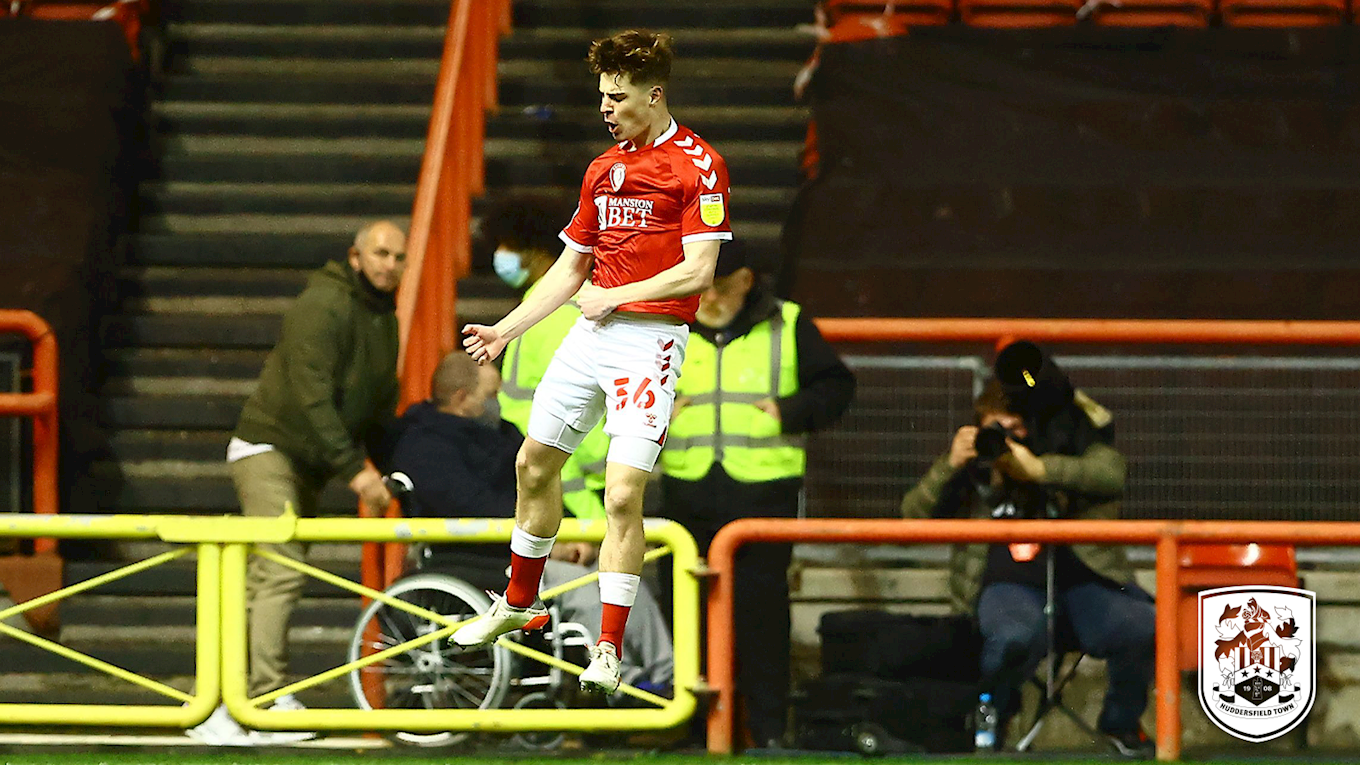 Since signing with Bristol City in 2020, Martin has gone on to make over 70 appearances for the club. The former Derby County and Norwich City striker has enjoyed a good season at Ashton Gate, scoring 12 times and claiming 7 assists in his 45 appearances. With over 150 goals in his career, Martin has always carried an eye for goal, with his hold-up play being just as effective for the teams he has played for across his 15-year senior career. His performances throughout his career saw Martin called into the Scotland national side, where he would make 17 appearances following his debut against Nigeria in 2014. 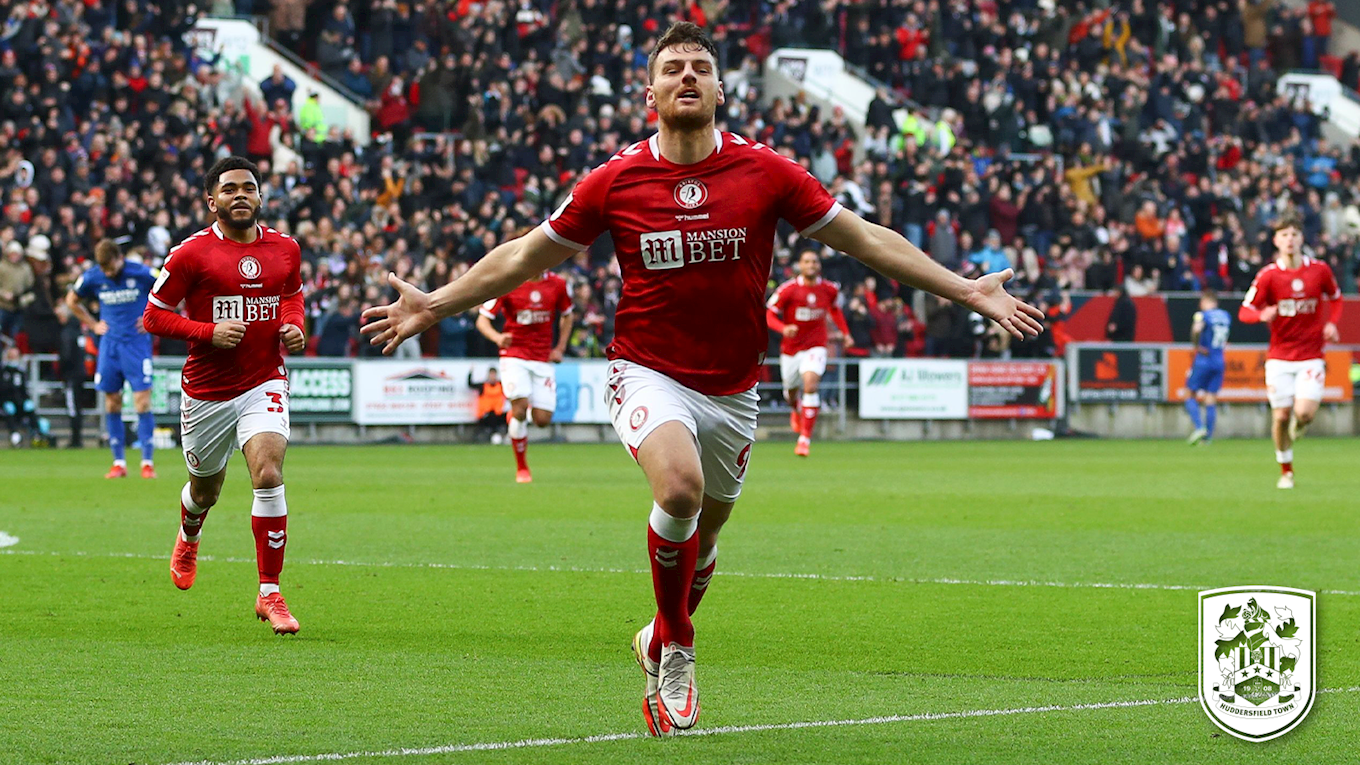 After missing the first few months of the season with an injury, Semenyo’s return has seen him claim 20 goal contributions for the Robins. Semenyo has become key to the Bristol City attack, with Nigel Pearson playing him in all but two games since he returned from his injury. The former Newport County and Sunderland man will be a constant threat for Pearson’s side throughout the 90 minutes, with his link-up play with his teammates in attacking areas being just as threatening as how clinical he is in front of the opposition’s goal. 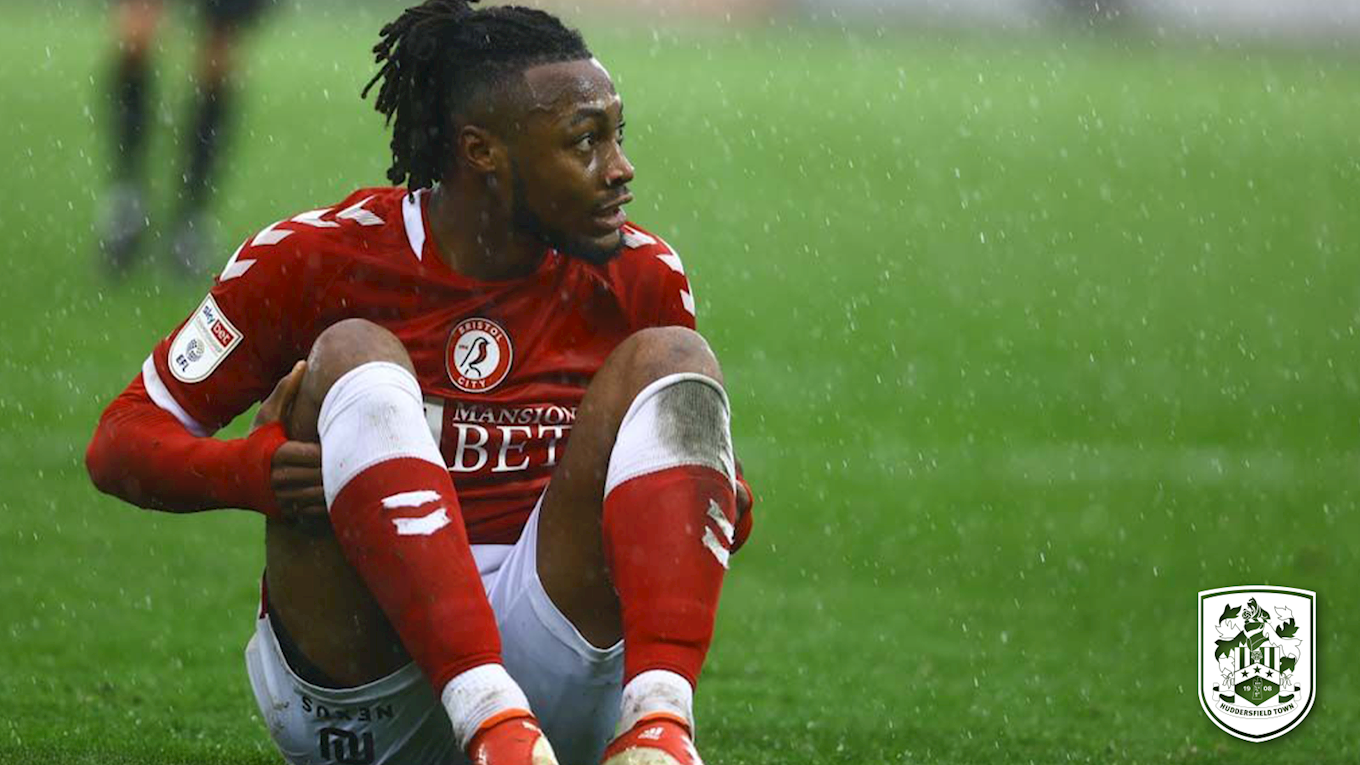 Head Coach Carlos Corberán will provide an update on the fitness of his squad during his virtual press conference on Friday 6 May 2022. 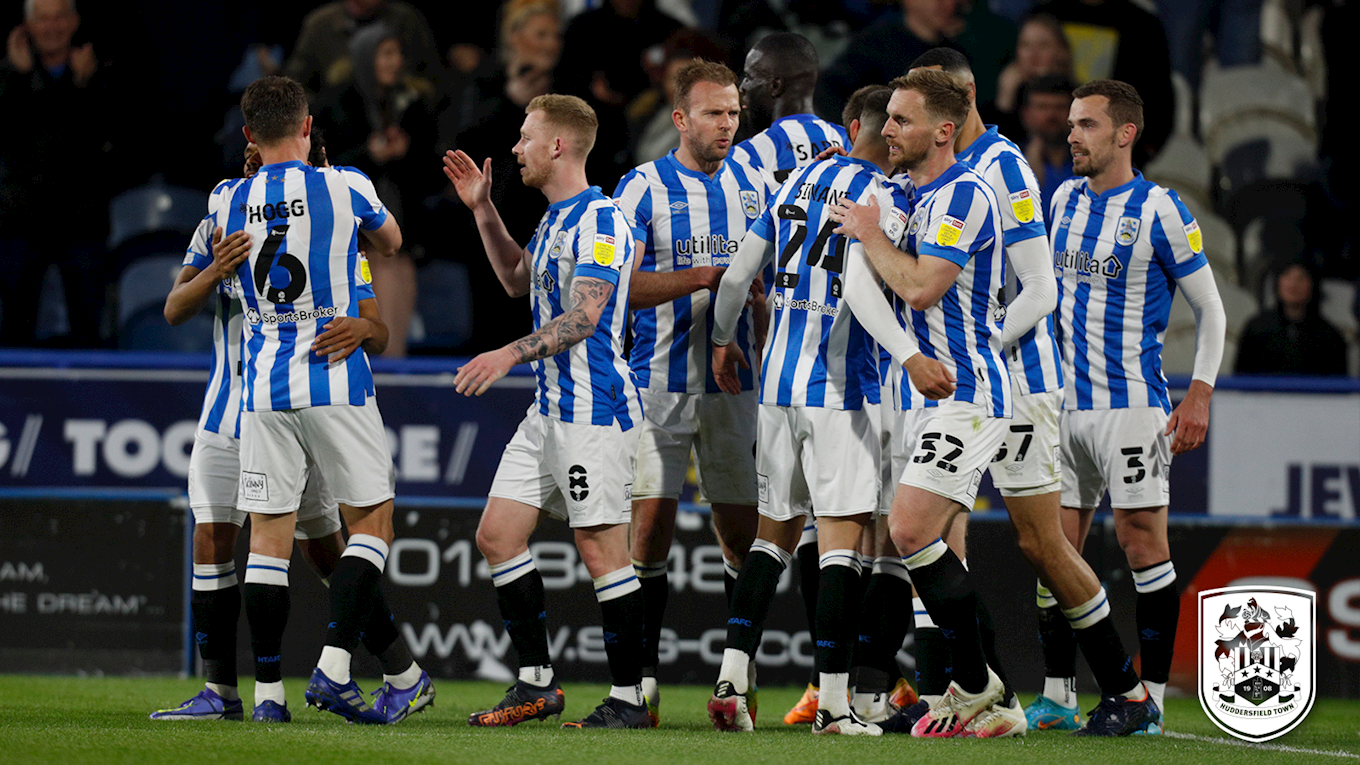 Tickets are on sale online now – CLICK HERE - and are available to purchase from the Ticket Office.

Huddersfield Town made it seven unbeaten in their final regular game of the Sky Bet Championship, as they beat Bristol City 2-0 on Saturday afternoon.

The win saw the Terriers finish third in the Championship table, which now means they’ll meet Luton Town in the Play-Off Semi-Final.

Town dominated possession in the opening exchanges, but neither side had any shots on target.

It was the visitors who had the first chance of the game, as they called Jamal Blackman into action in the 13th minute. Thankfully, he produced a smart save to deny Antoine Semenyo twice – the first from close range, and then from distance.

Jon Russell had Town’s first chance 11 minutes later, blasting one from range range. Unfortunately, Han-Noah Massengo was on hand to get in the way and block him with his back.

A brilliant passage of play followed, with Jonathan Hogg showing his strength to hold off Semenyo, before Ollie Turton took the ball and jinked past a couple of defenders with some really neat footwork.

The 31st minute saw Bristol somehow manage to keep the ball out of danger following a Town corner. Carel Eiting won the ball back high and played a strong ball across the box on the deck, which bobbled towards Naby Sarr’s head before it was desperately cleared by the visitors.

The Terriers broke the deadlock in the 33rd minute! Harry Toffolo knocked the ball back between his own legs to clip the ball past a defender as he burst into the box, before shifting his weight to bring it back onto his right boot, lifting a lovely measured finish into the corner.

Two minutes later, Pipa was booked for slipping into a challenge out wide.

The 40th minute saw a brilliant save from Daniel Bentley to deny Duane Holmes! Pipa played a lovely ball over and Duane’s first time effort is tipped over for a corner, which came to nothing.

Moments later, Bentley was called into action again, this time to deny Danny Ward! Pipa and Holmes were causing yet more problems down the right, finishing with a low cross that was just too quick for Wardy to make a proper connection with.

However, Wardy would get his goal just 60 seconds later! Holmes continued to create absolute havoc down the right, this time ghosting into the box to play a lovely teasing one across the deck. Wardy slid onto it, and between him and a Bristol defender, the ball was scrambled over the line to double Town’s lead!

The second half almost got off to the perfect start, with an early strike from Danel Sinani forcing Bentley into a smart stop down to his side.

The game settled for a period, before Pipa tried his luck as the clock showed an hour played. Second half substitute Tino Anjorin shifted the ball wide, allowing Pipa to cut in and hit a strong curled effort toward the top corner, which just flies over.

Wardy came close to bagging his second a minute later, getting through one-on-one down the right channel. Unfortunately for our no.25, Bentley got down smartly to deny him.

Town continued to pile on the pressure, with Anjorin taking a chance from the edge of box, which he saw curl just over the bar.

The game once again settled for a period, with the pace dropping slightly.

The 84th minute saw Eiting booked for a foul in midfield.

Town saw out a final nine minutes of play to run away out 2-0 winners.

Attentions now turn to the Play-Off Semi-Final, and you can get your ticket for our home fixture against Luton Town on Monday 16 May 2022 by CLICKING HERE. 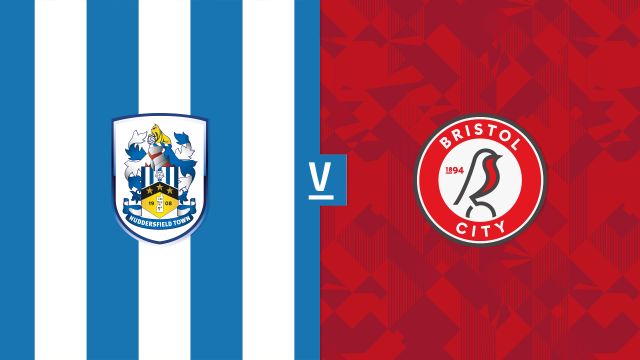 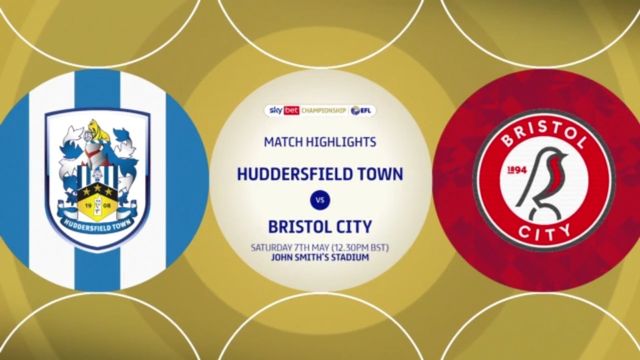 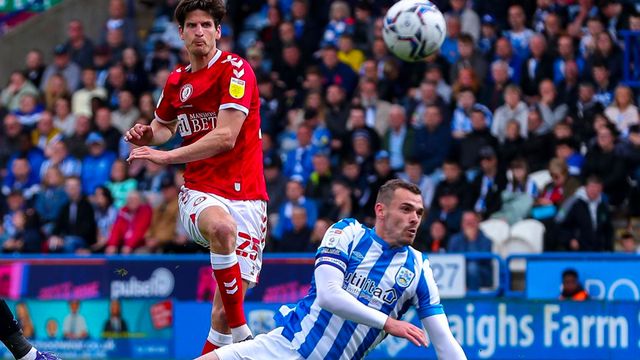