Town will continue our Sky Bet Championship campaign on Wednesday 9 February 2022, as we travel to Deepdale to take on Preston North End; 7:45pm kick-off.

Town come into the game on a 12 game unbeaten run in all competitions, seeing off Derby County 2-0 in their last league game before beating Barnsley 1-0 in the FA Cup.

Preston come into the game having beaten Hull City one nil away from home, adding to their impressive run since Ryan Lowe was installed as Head Coach – winning four and losing just once in the division since his arrival. 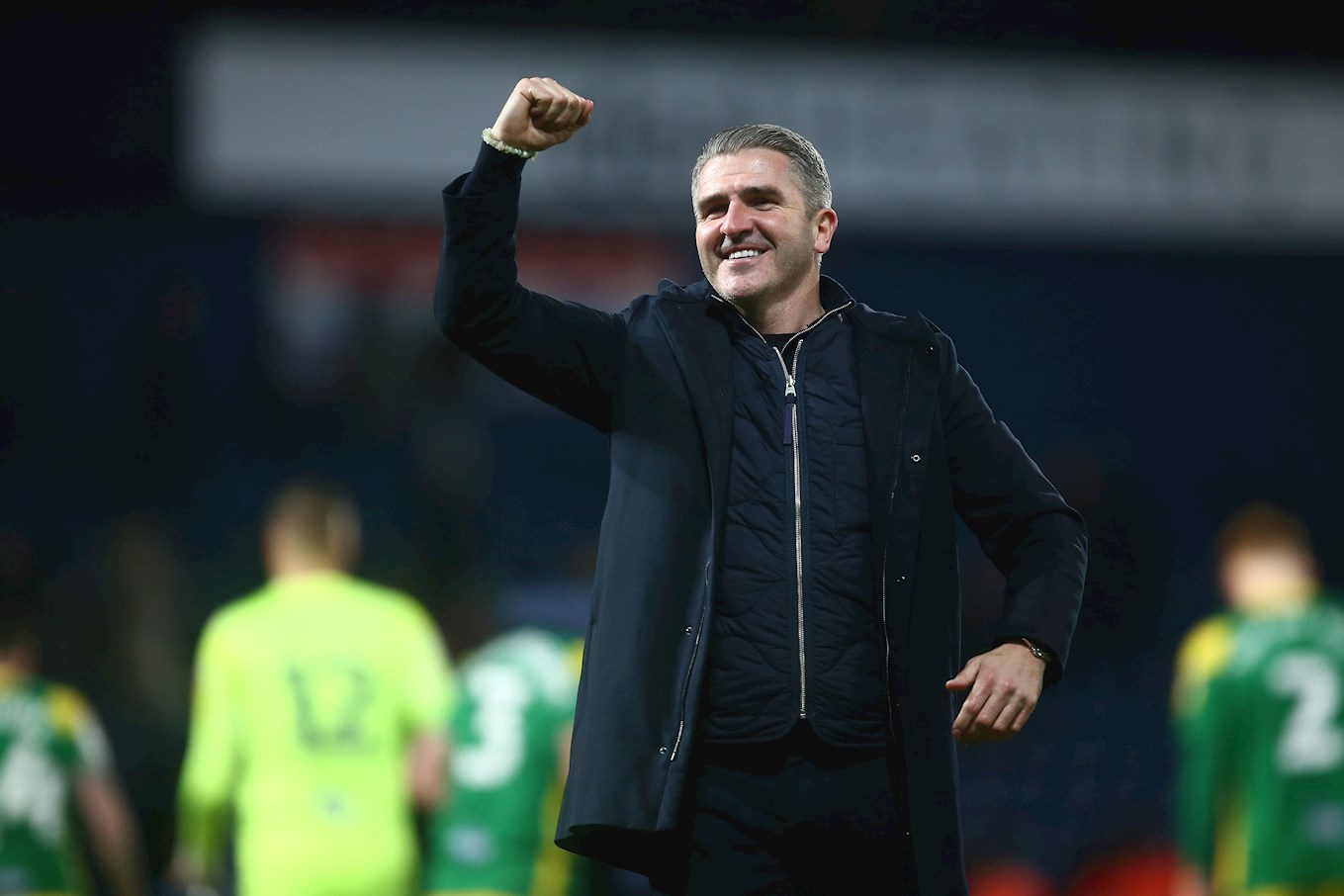 Since taking over, Lowe has only lost one of his first eight matches in charge of the Club.

Preston will be looking to cancel out their away loss against the Terriers when we visit Deepdale on Wednesday, following Town’s 1-0 victory in the reverse fixture earlier in the season.

The young Dutch central defender is currently on loan from Premier League side Liverpool. Having impressed in his initial loan with Preston, he was tempted back to Deepdale for another season in Lancashire. Van Den Berg has offered flexibility to Preston, starting in a number of different positions across the backline. Despite most of his appearances coming on the right hand side of a back three, his only goal of the season came from right wing-back against Swansea City. His performances for Ryan Lowe’s side has earnt him recognition with the Netherlands U21’s side, where he has made two appearances so far. 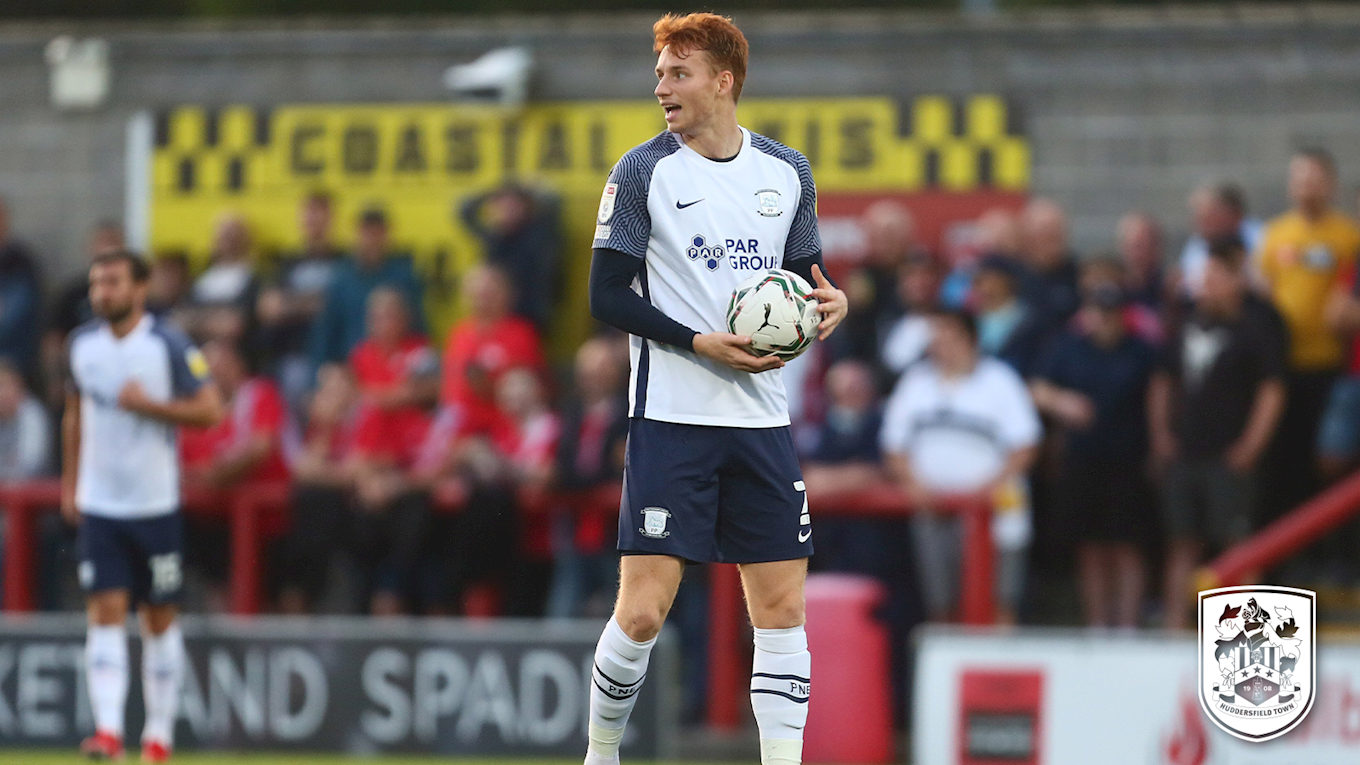 Having signed for Preston in 2021 from Doncaster Rovers, Whiteman has played in the vast majority of Preston’s league games this season. He joined Sheffield United’s academy in 2014, but made only eight appearances for the club before leaving to join Doncaster in 2018. Whiteman’s ability as a box-to-box midfielder has helped him to score four and register five assists for Preston, making him second only to striker Emil Riis Jakobsen for goal contributions. Town will have to limit his influence in the middle of the park in order stunt the progress of Preston’s attack. 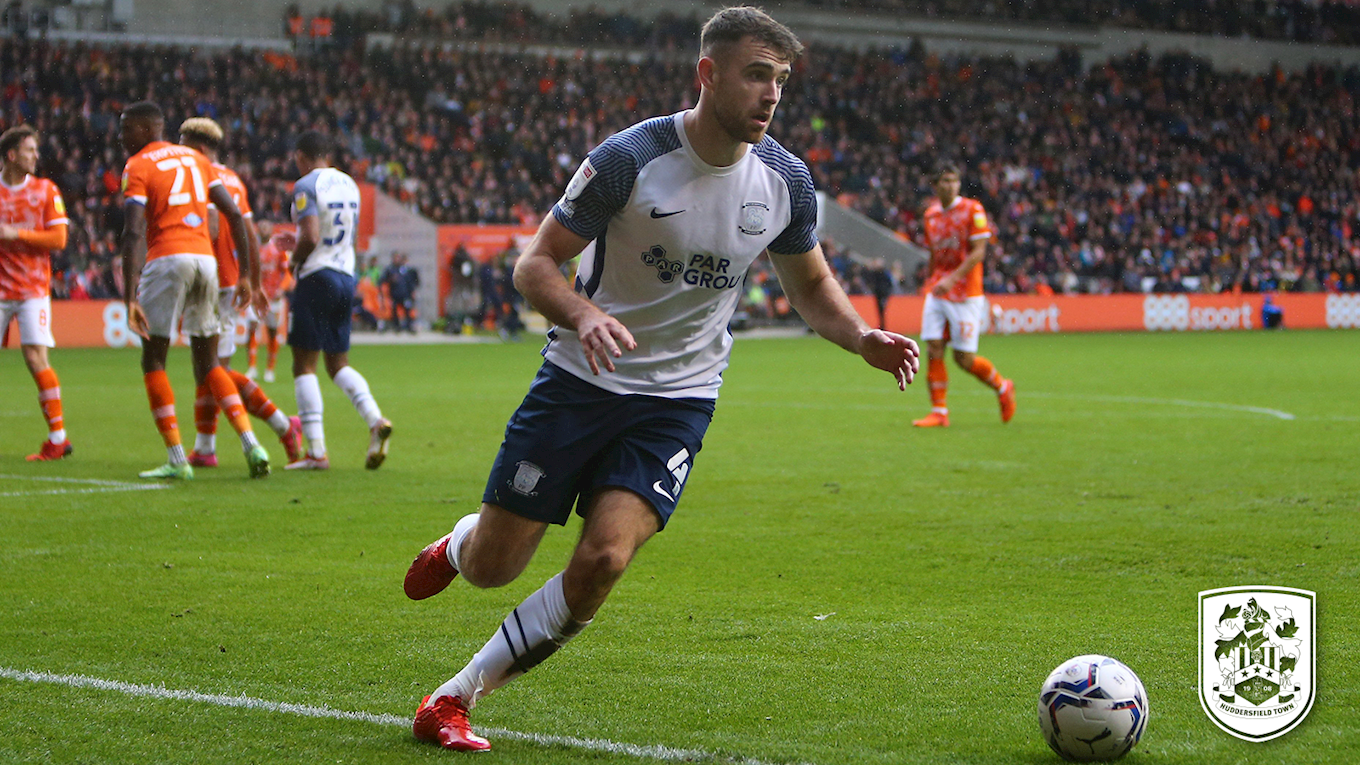 Having signed for Preston in 2014, Browne is fast approaching 300 appearances for the club. The Republic of Ireland international was signed from Cork City, who’s academy he graduated from before joining Preston. Browne has started in multiple midfield positions for North End, with his adaptability proving to be an asset for Lowe’s side. In his Championship appearances this season, Browne has scored three times for the club in games against Barnsley, Birmingham and Sheffield United. Much like the other midfielders that Ryan Lowe has at his disposal, Browne’s versatility is a valuable asset to Preston and one that Town will have to watch out for in Wednesday’s game. 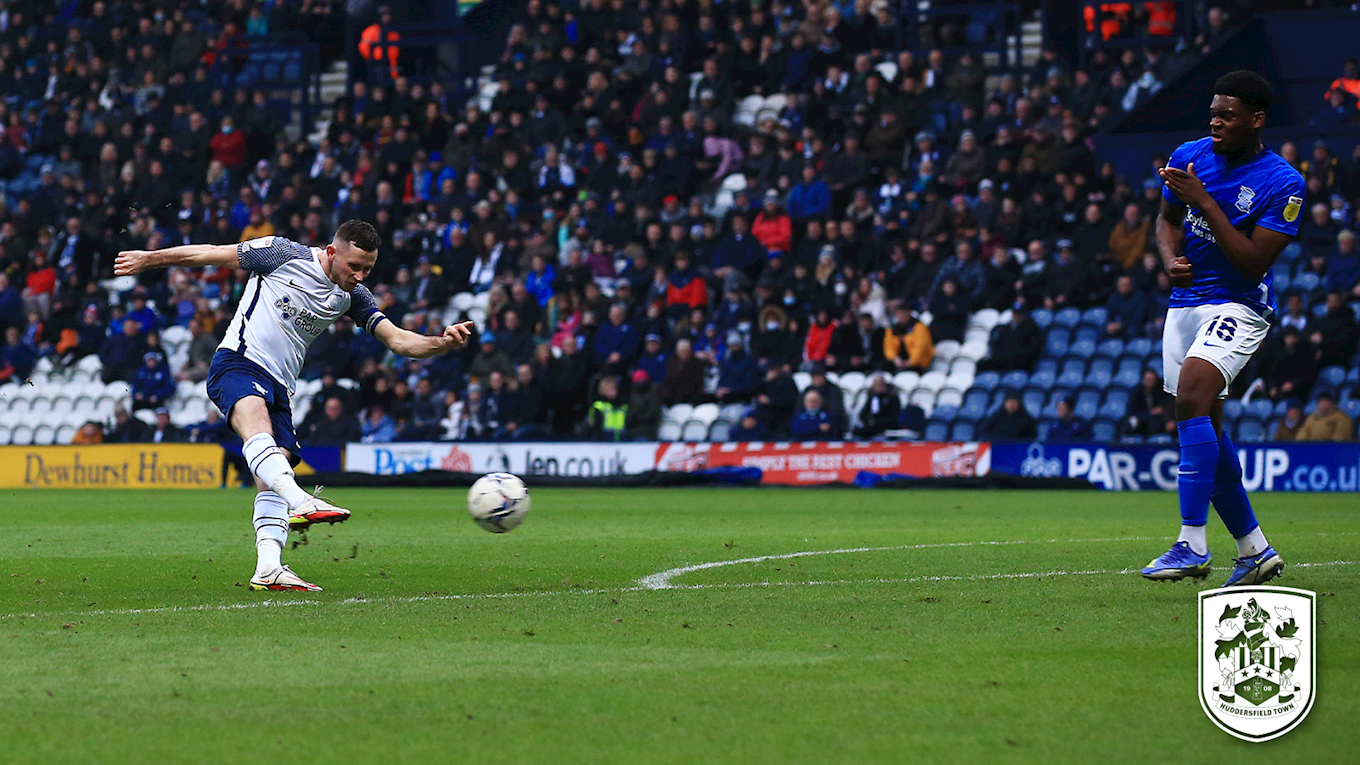 Carlos Corberán provided an update on the fitness of his squad during his virtual press conference on Tuesday 8 February 2022.

Town will be in our navy away kit for Wednesday evening's game as the Club lends extra consideration to fans with Colour Vision Deficiency (CVD).

Tickets will come off sale at 3pm on Tuesday 8 February 2022.

Travel is available, with coaches departing from St Andrew’s Road car park at 4:45pm. Tickets are priced at £17 per-person.

Wednesday's fixture has been selected for live broadcast by Sky Sports.

If you’re unable to attend the game, or don't have access to Sky Sports, you’ll be able to listen along via iFollow HTAFC!

Due to this evening’s game being selected by Sky Sports, international match passes are unavailable due to the EFL’s broadcast agreement.

Fans outside the UK can watch the game on the following channels:

Overseas supporters in 'dark markets' - countries without an EFL broadcast deal - can watch the 7.45pm kick-off LIVE with an International Match Pass for £5! CLICK HERE for more info.

Town pick up a point on the road

Huddersfield Town made it 13 unbeaten in all competitions as they held out for a 0-0 draw against Preston North End on Wednesday evening.

An end-to-end game, the Terriers worked hard to walk away from Deepdale with a point and their third successive clean sheet.

The hosts dominated possession in the opening exchanges, but without gaining any meaningful territory.

Ollie Turton unleashed a superb block in the ninth minute to deny Preston, throwing his body in the way of Alan Browne’s strike!

The game proceeded to become livelier, with both sides settling and attacking with more intent.

Some great play from Town saw Jonathan Hogg intercept and set Lewis O’Brien away, who gathered excellently before feeding Duane Holmes. The latter’s cross found O’Brien, whose blocked shot was deflected to Harry Toffolo, who could only shoot wide from range.

As the clock continued to countdown to half-time, Lee Nicholls produced an excellent save to keep the scoreline level! Preston had a strike on goal from point blank range, but our ‘keeper stood up to it to deny Daniel Johnson!

Preston started the second half much as they had the first – quickly, with Town defending well.

Cameron Archer tried his luck for the hosts in the 57th minute, but Nicholls was down smartly to deny him.

The game became end-to-end, with both sides opening up and taking any chance they could to get forward. Despite lots of dangerous looking play from each team, neither were able to find the clear-cut chance they needed.

The 81st minute saw Town’s first yellow card of the game, with Holmes being booked for a foul in midfield.

Preston looked dangerous moments later, but had a fierce shot blocked by Toffolo!

The fourth, and final, minute of added time saw Nicholls produce a HUGE save to deny Preston from inches out.

The referee blew the final whistle to see the Terriers head home with a point. 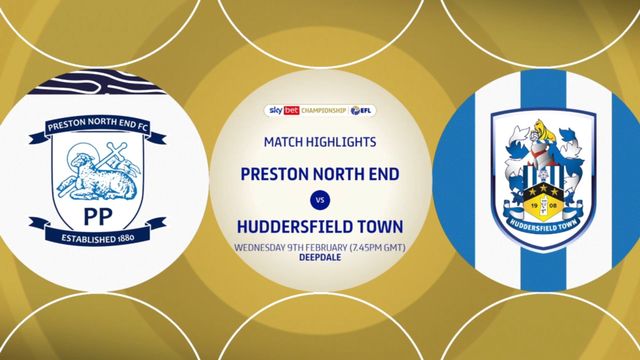 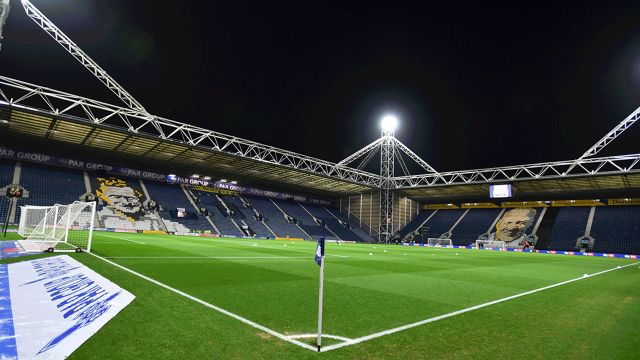