Huddersfield Town are back on the road on Saturday 18 December 2021 when they travel to Ashton Gate to take on Bristol City; 3pm kick off.

Town will be looking to bounce back from Coventry City’s disappointing last-minute equaliser on Saturday 11 December 2021.

Bristol City come into the game having scored a late equaliser themselves against fellow Championship side Hull City, where a late Matty James goal earned them a 2-2 draw away from home.

Managed by Nigel Pearson, the Robins are currently on a good run, having lost only one in their last five matches. 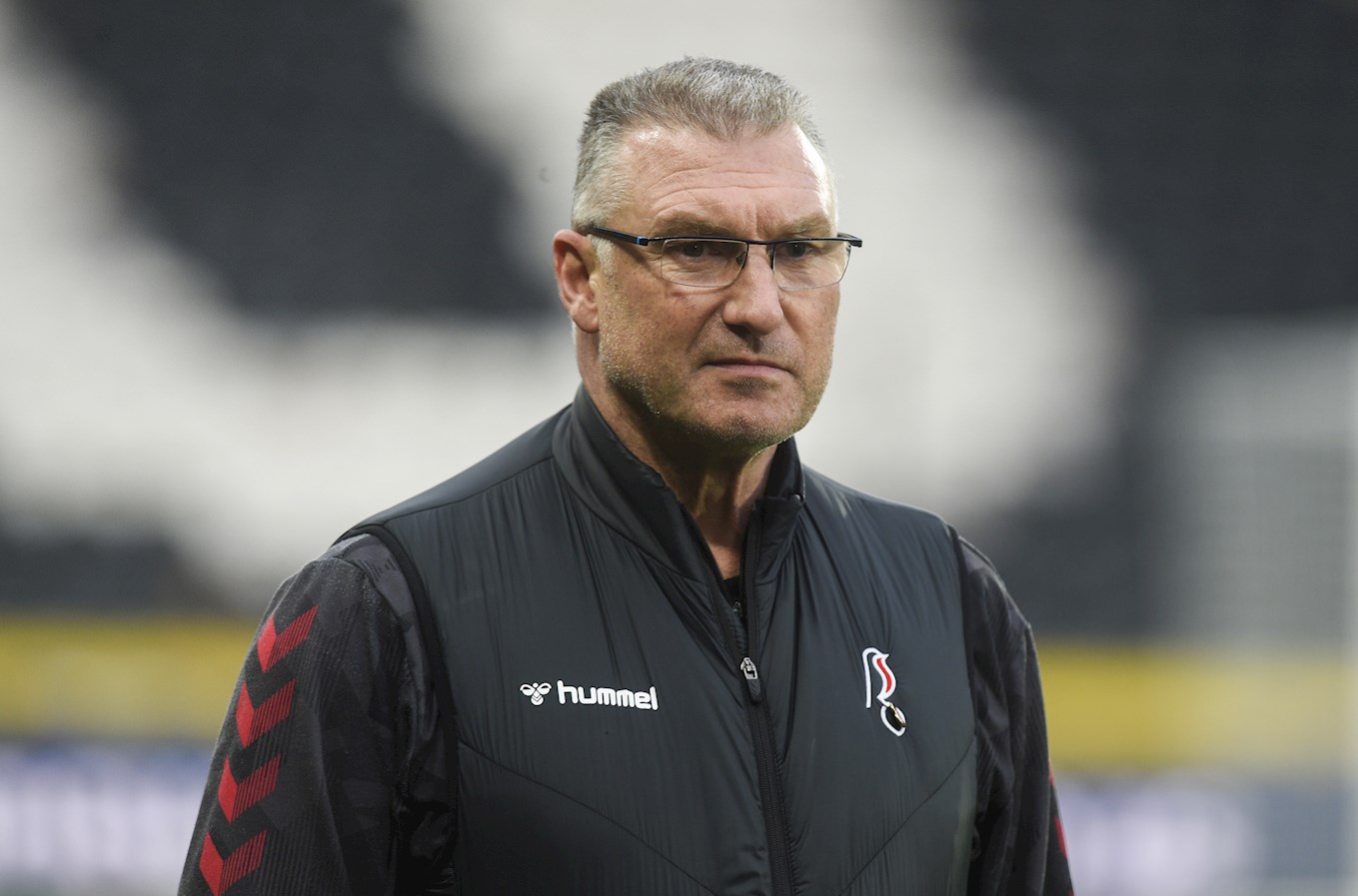 They are also unbeaten at home in their last four, winning three of those four against Barnsley, Stoke City and Derby County.

Currently occupying the 18th spot of the Championship table, Bristol will be hoping to keep their good run going when they welcome the Terriers on Saturday.

Having started every Championship game this season, Bentley is Bristol City’s undisputed no.1. The ‘keeper has kept three clean sheets in the league so far this season, with two of those coming in the last four games. The 28-year-old is into his third season at the Club, having signed from Brentford ahead of the 2019/20 season. Since his arrival at the Club, Bentley has gone on to make 108 Championship appearances for the Robins so far. 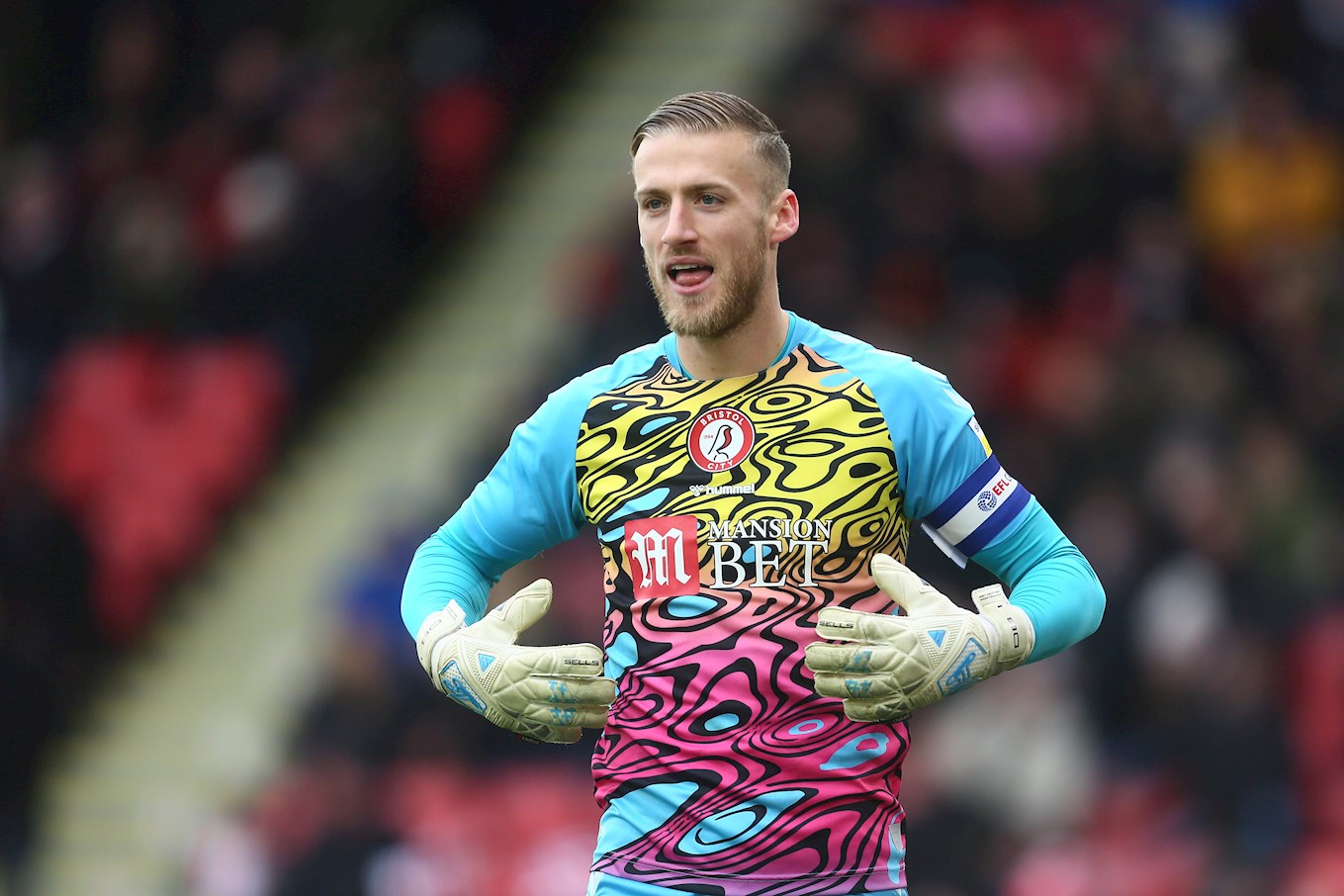 The central midfielder offers solidity to Bristol City’s midfield, bringing bags of experience with him following his move to the Club in the summer. Having joined from Leicester City, James was part of the squad that won the Premier League, as well as the Championship title two years prior. So far this season, the 30-year-old has made 18 appearances, scoring his first goal for the Club in the first minute of injury time in the Club’s 2-2 draw with Hull City on Saturday 11 December 2021. 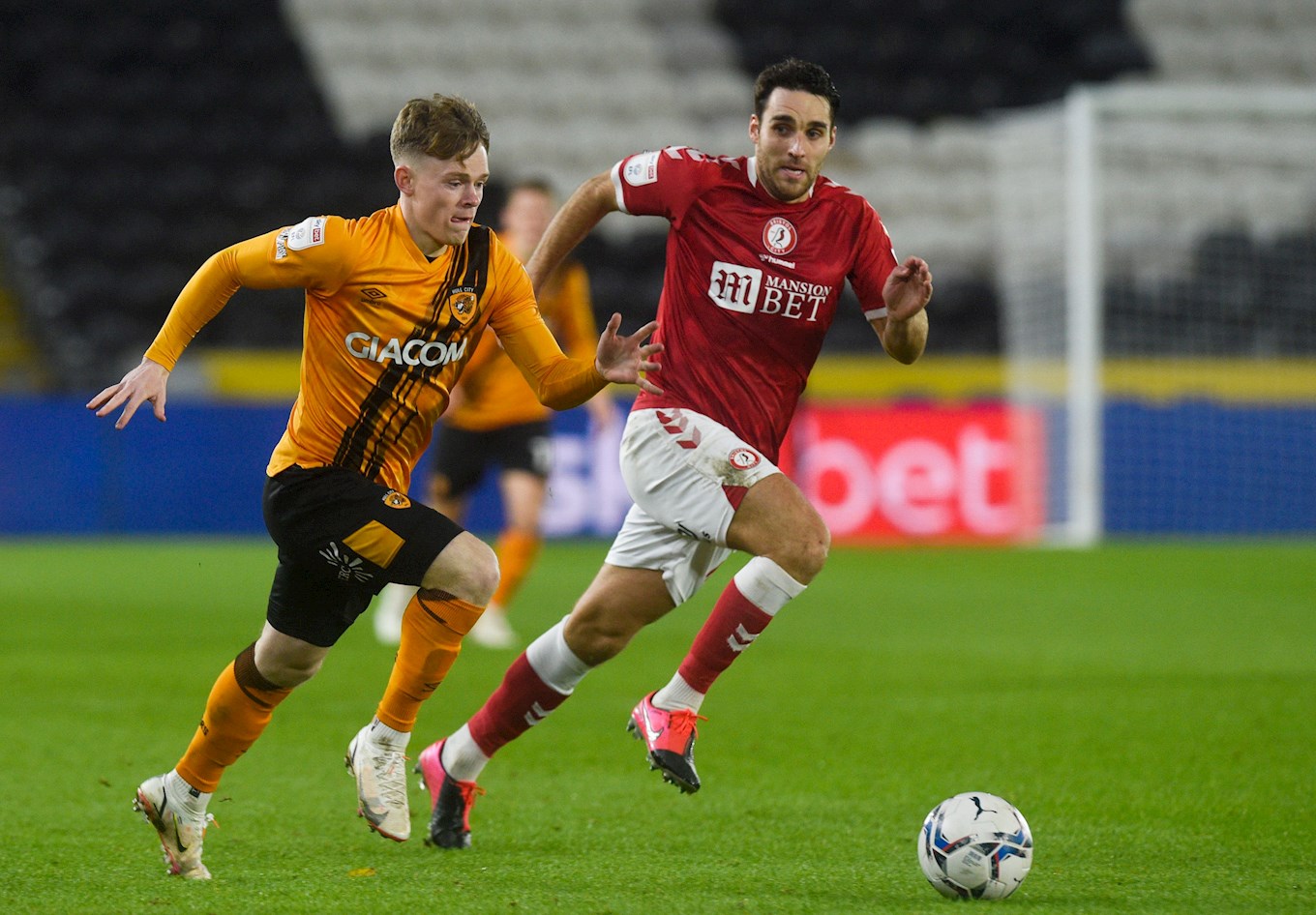 The 30-year-old signed for the Club from Derby County ahead of the 2018/19 season, putting pen-to-paper on a three-year contract. Weimann has featured in every game for Bristol City so far this season, bagging seven goals and four assists. Of those seven goals, six of them have come from braces. The Austrian international has started in multiple different positions for Nigel Pearson’s side so far this season, with his versatility alongside his goals proving a valuable asset for the Robins. 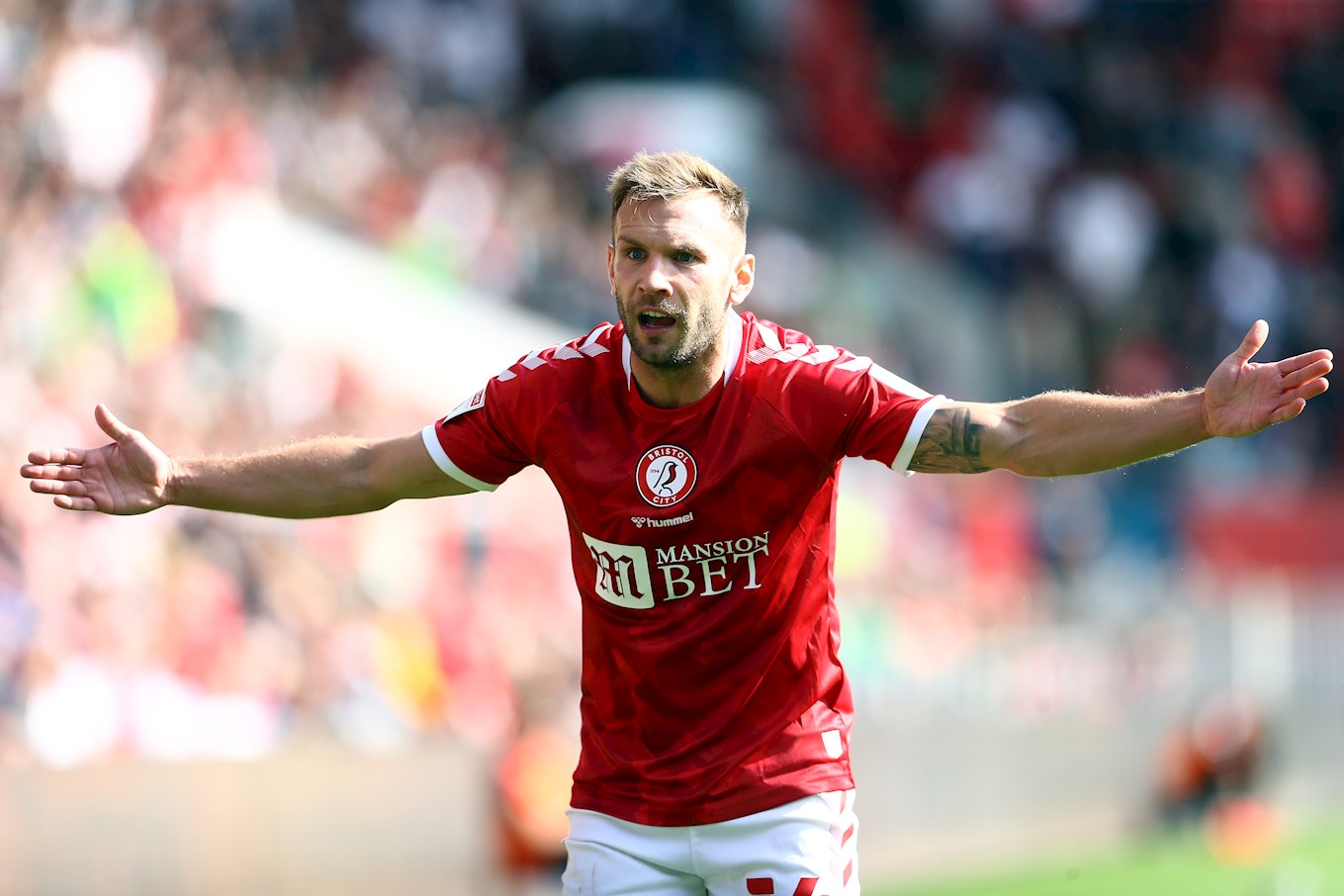 Town Head Coach Carlos Corberán provided an update on the fitness of his squad during his virtual press conference on Thursday 16 December 2021.

Town will wear their navy away kit for the game at Ashton Gate.

There is NO pay on the day available at Ashton Gate and tickets are now off sale.

CLICK HERE to hear more about this courtesy of our hosts, Bristol City.

Travel is available, with coaches departing from St Andrew’s Road car park at 9am. Tickets are priced at £27 per person.

If you are unable to attend Saturday’s game, you will be able to listen along via iFollow HTAFC!

Town win on the road

It was the hosts who got out of the blocks fastest, opening the scoring within 90 seconds. Levi Colwill lost the ball on the corner of the box, allowing Bristol to square across the box for Andreas Weimann to tap in.

Town were handed a penalty just moments later following a foul on Lewis O’Brien. Danny Ward stepped up to take it, but Dan Bentley guessed correctly to save his shot.

The game slowed for a period, with both sides struggling to find a foothold in the game.

Bristol had a half chance in the 19th minute, courtesy of Antoine Semenyo, but he fired his shot wide.

The first yellow card of the game came just minutes later, as Sorba Thomas was booked for dissent.

The 24th minute saw Lee Nicholls make a solid save to deny Semenyo.

Town’s first chance of the half came nine minutes later. Thomas crossed well, but Ward couldn’t quite reach it and Harry Toffolo was unable to make a connection as it dropped towards him.

The Terriers found their equaliser in the 41st minute! Danel Sinani played a great ball through to Toffolo, who’s low cross was collected by Duane Holmes and rolled straight past Bentley!

The second half got off to a flying start, this time courtesy of Town! Thomas carried the ball up the right before finding Ward in the middle just outside the box. The striker fed Sinani, who fired across the keeper into the opposite corner to give Town the lead!

Bristol had a chance to get themselves back into the game in the 54th minute, but Weimann's effort hit the post!

Town responded instantly to the potential threat, getting themselves a third goal! Thomas’ low cross was knicked by a Bristol defender, but looped up onto Ward’s head to send it in from point blank range!

O’Brien got the Terriers’ second booking of the game in the 57th minute for a foul just inside the Town half.

Nicholls made a great save not long after to deny Han-Noah Massengo’s shot. Matty Pearson then did brilliantly to get there in time to deny Weimann the rebound.

A break in play followed, as Bristol fans prevented Town from taking a corner by throwing projectiles onto the field. The eventual corner was well claimed by Bentley.

A flash of danger from Bristol in the 85th minute as Semenyo shot to the near post from a narrow angle. Thankfully, Nicholls got a touch on it to deflect it across the face of goal.

Weimann bagged his brace in the seventh minute of injury time.

The referee blew his whistle just seconds later, to see Town walk away with all three Sky Bet Championship points.

Fancy joining us for some Boxing Day football at the John Smith's Stadium? CLICK HERE to secure your tickets! 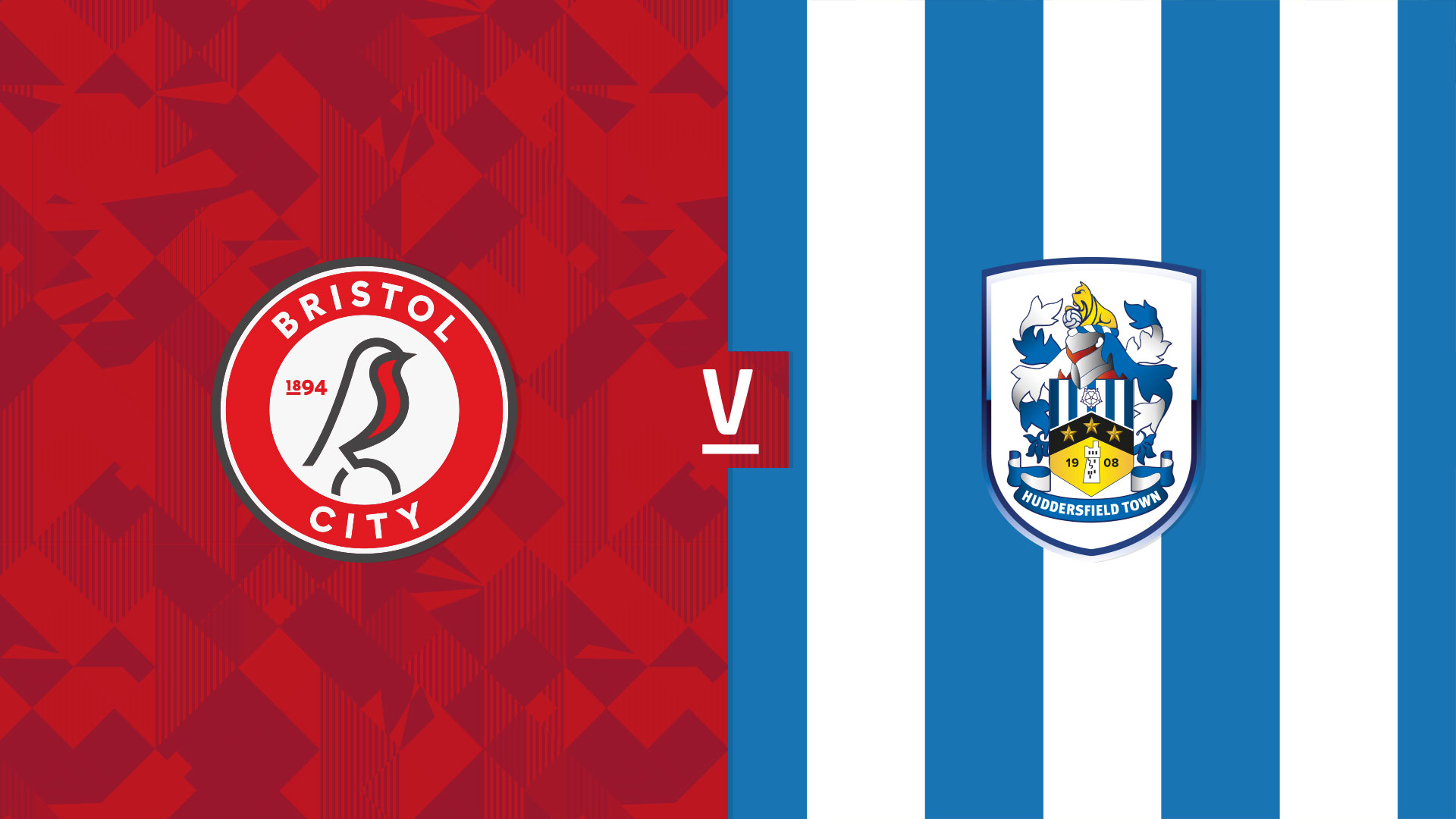 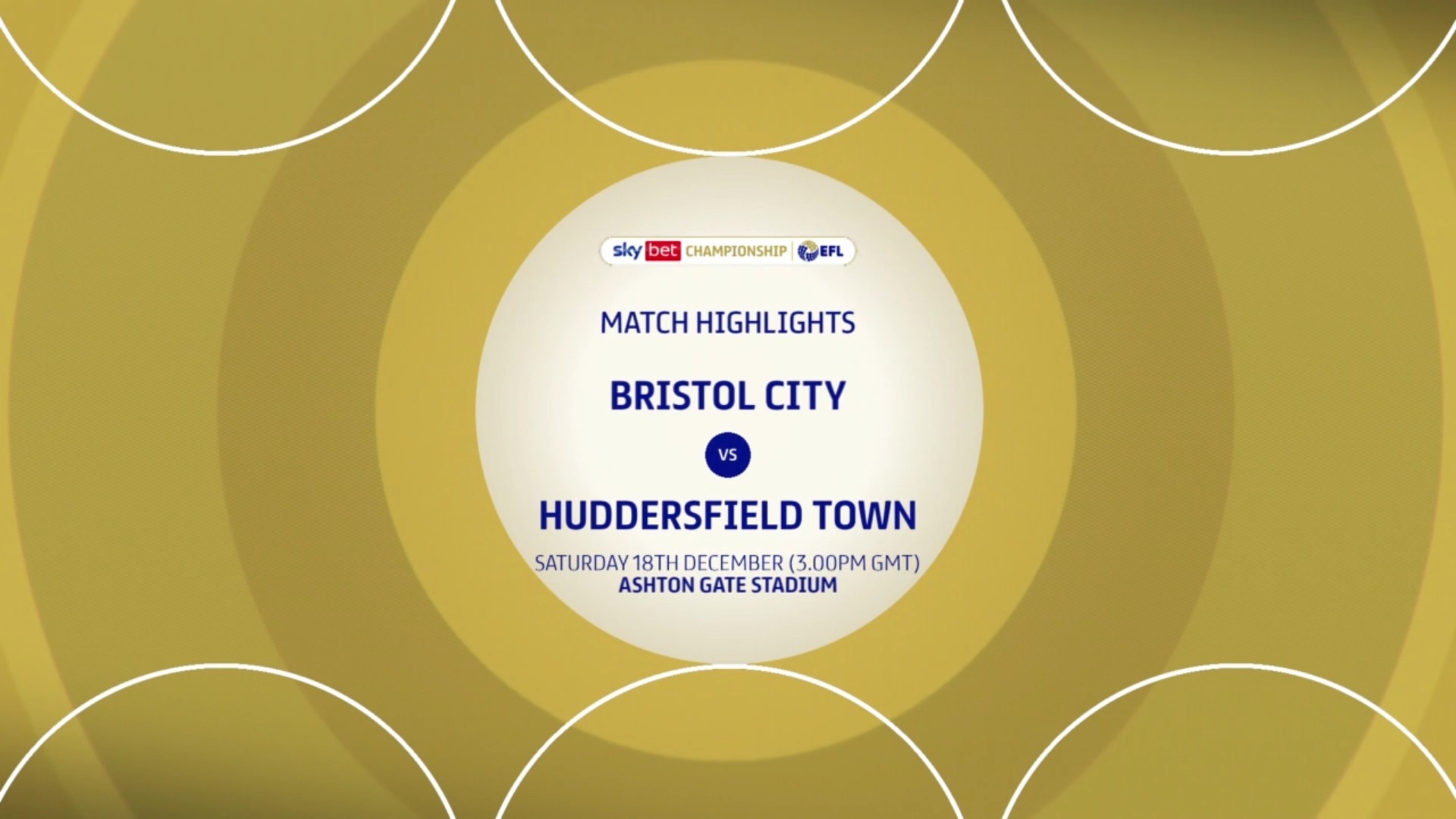 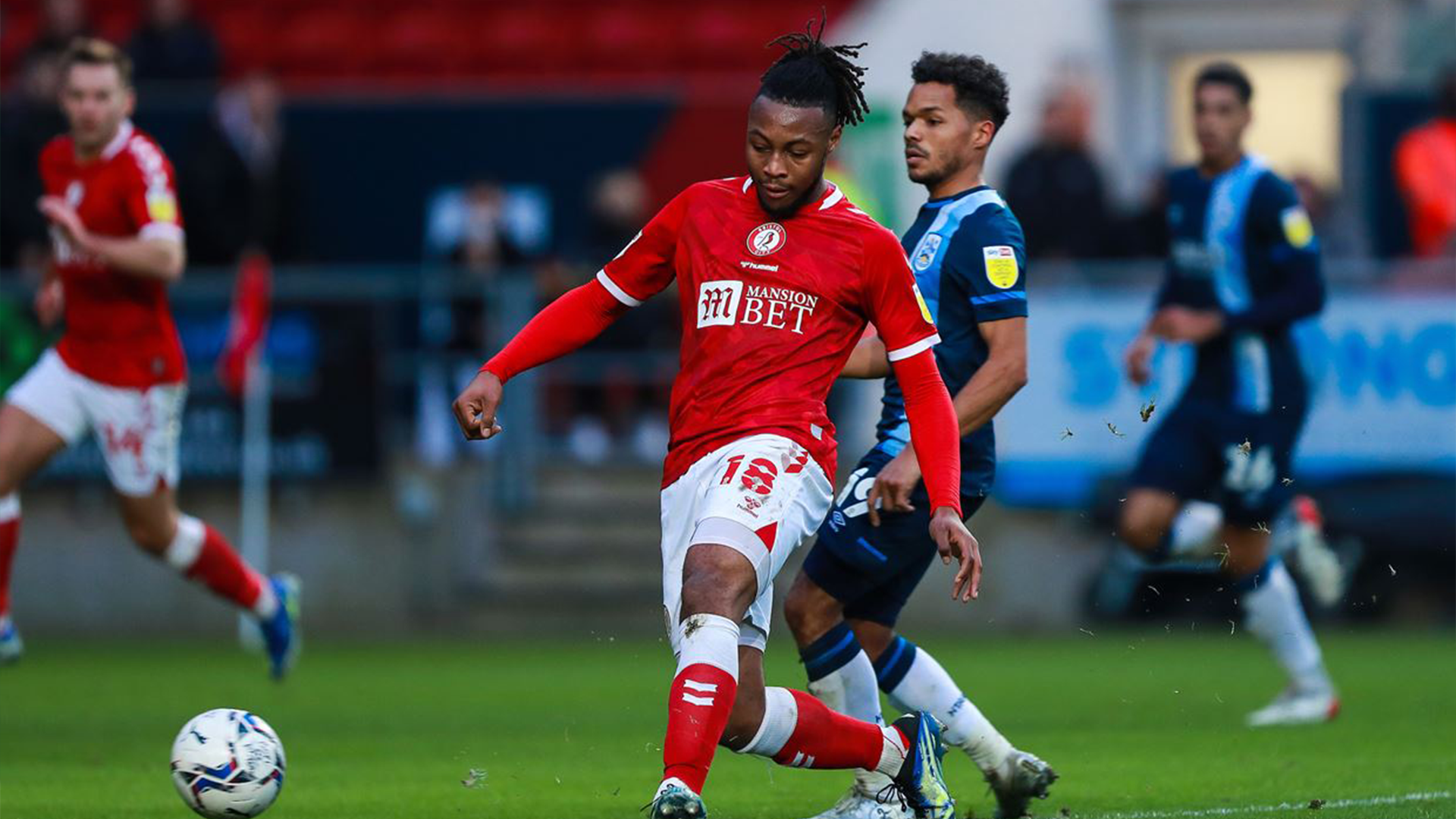