Huddersfield Town are back on the road on Saturday 4 December 2021 when they travel to Oakwell to take on Barnsley; 3pm kick-off.

Town go into Saturday’s game looking to bounce back from a disappointing 2-1 defeat to Middlesbrough on Saturday 27 November 2021.

Barnsley come into the game off the back of a 0-0 draw with Peterborough United on Saturday 27 November 2021.

Their Play-Off Semi-Final saw them beaten 2-1 on aggregate by Swansea City.

In November 2021, Barnsley announced that then Head Coach, Markus Schopp, had left the Club following a run of seven straight defeats.

They appointed Poya Asbaghi as his replacement in 16 days later. 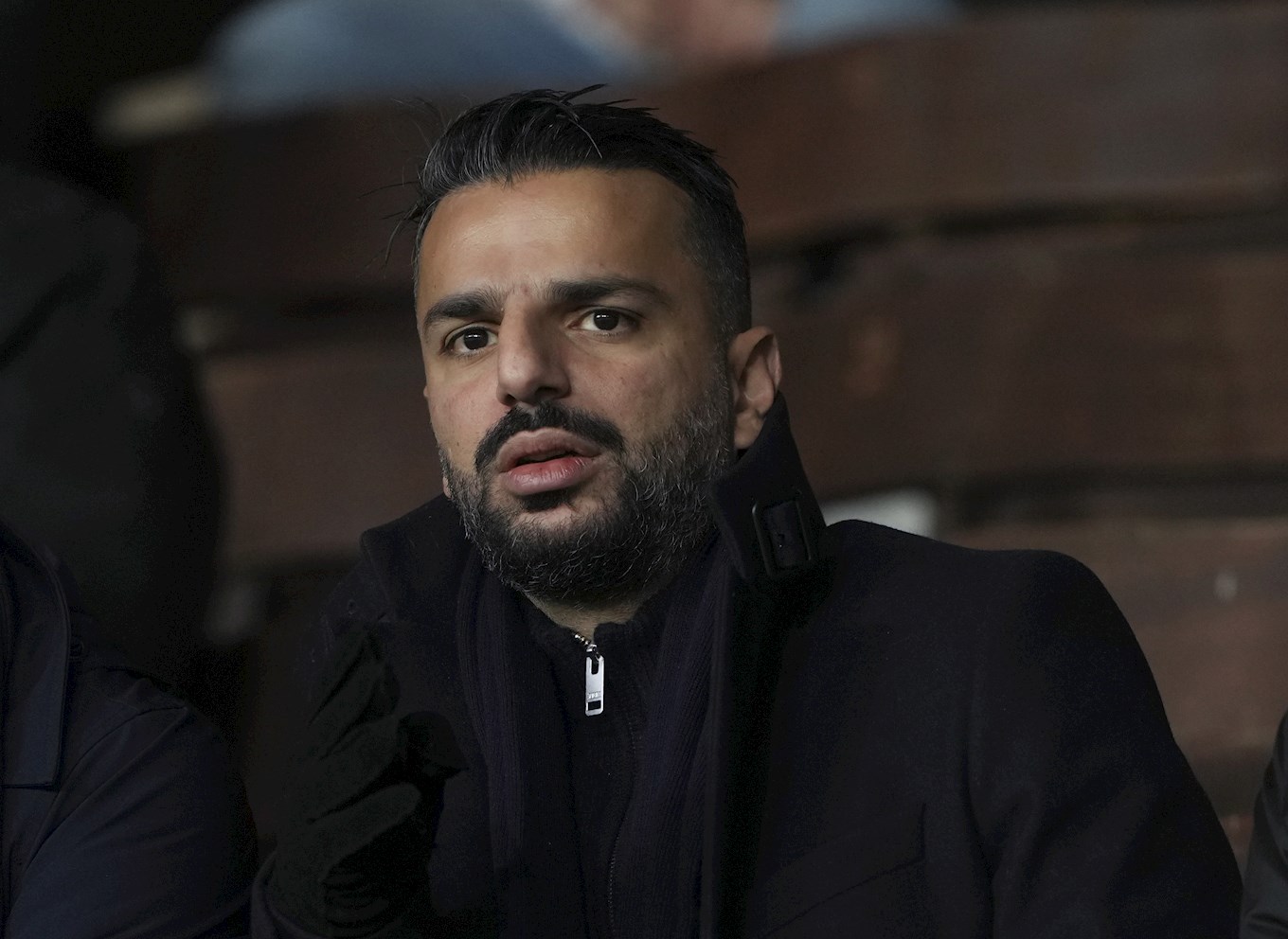 The Tykes will be looking for their first win since 3 November 2021 when they welcome Town on Saturday.

Collins joined Barnsley from Chelsea in June 2019, putting pen-to-paper on a four-year deal. Last season saw the ‘keeper make 22 appearances for the Club, keeping nine clean sheets in the process. So far, the 2021/22 campaign has seen the 24-year-old start every game and keep three clean sheets, most recently in the Club’s 0-0 draw with Peterborough United on Saturday 27 November 2021. 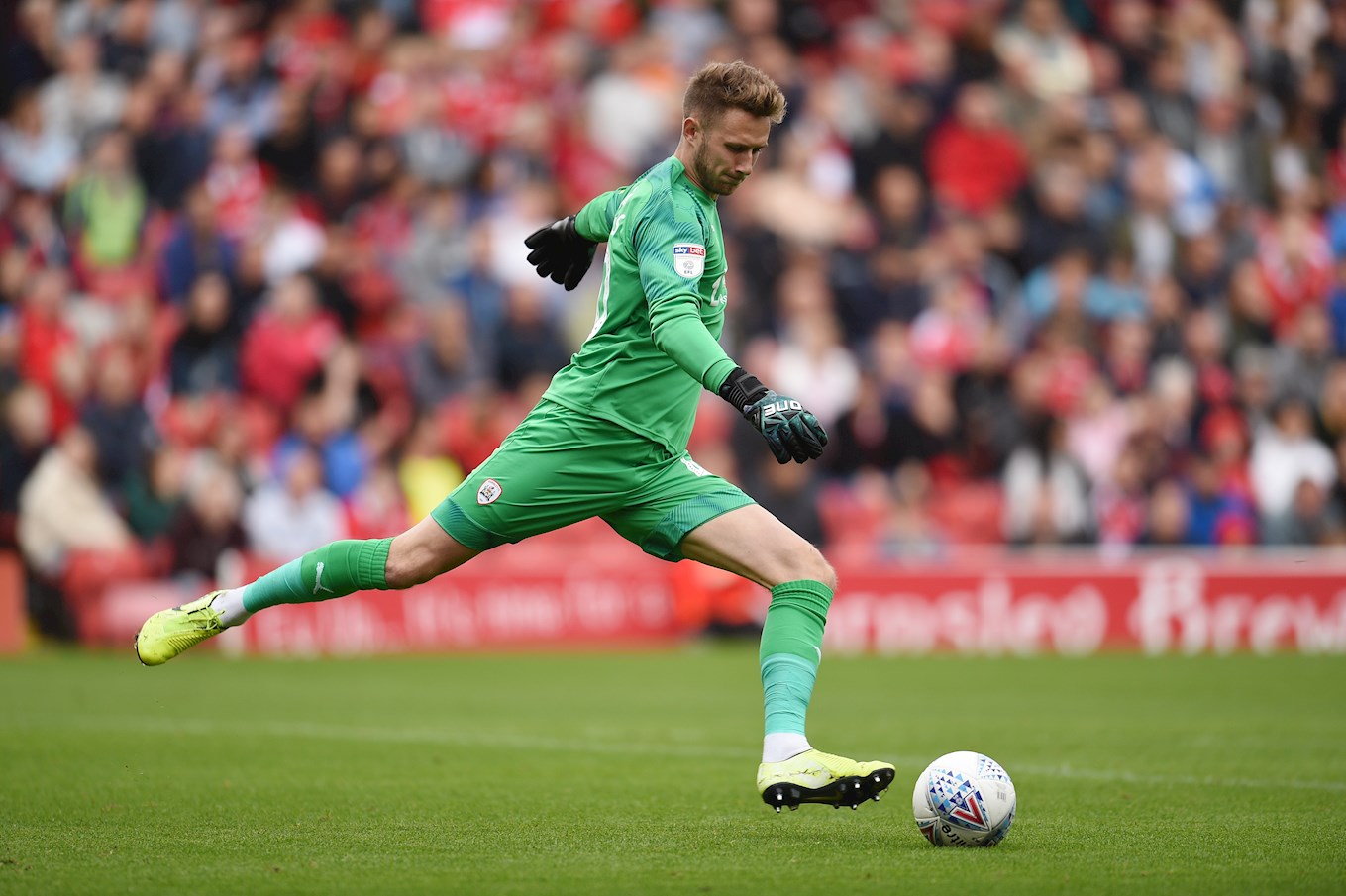 The centre-back made the move to English football In September 2020, signing for the Tykes from Cracovia. He scored his first goal for the Club a month later, in a 2-2 draw with Bristol City. The 26-year-old’s first season at Barnsley saw him make 43 appearances, finding the back of the net on five occasions. The 2021/22 season has seen Helick start every game so far, whilst still searching for his opening goal. 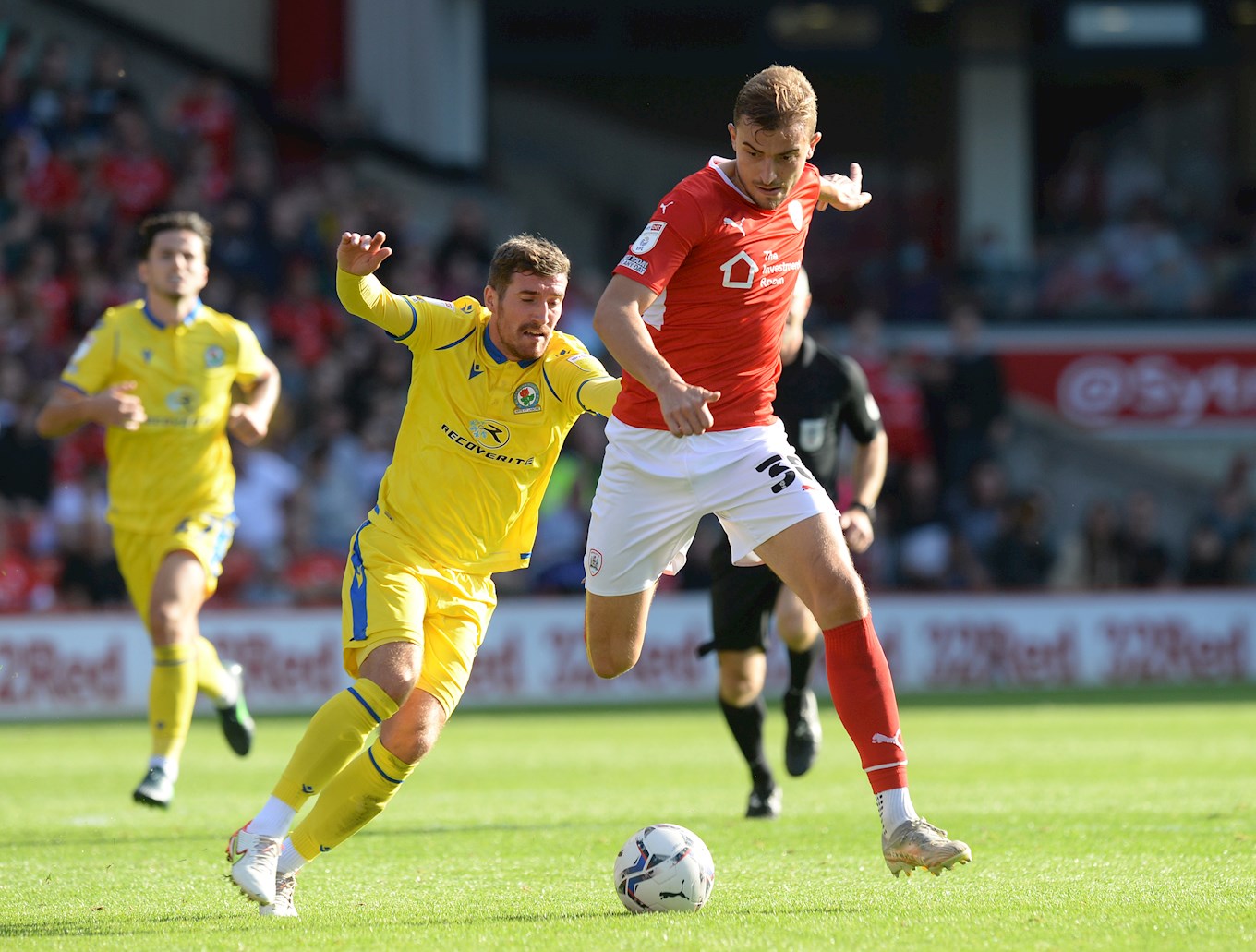 The 26-year-old initially joined Barnsley on loan ahead of the 2018/29 season. In January 2019, he made the move permanent. During the 2020/21 campaign, Woodrow made 42 appearances, adding 12 goals and six assists to his name. This season has seen him start every game so far, bagging three goals and an assist. 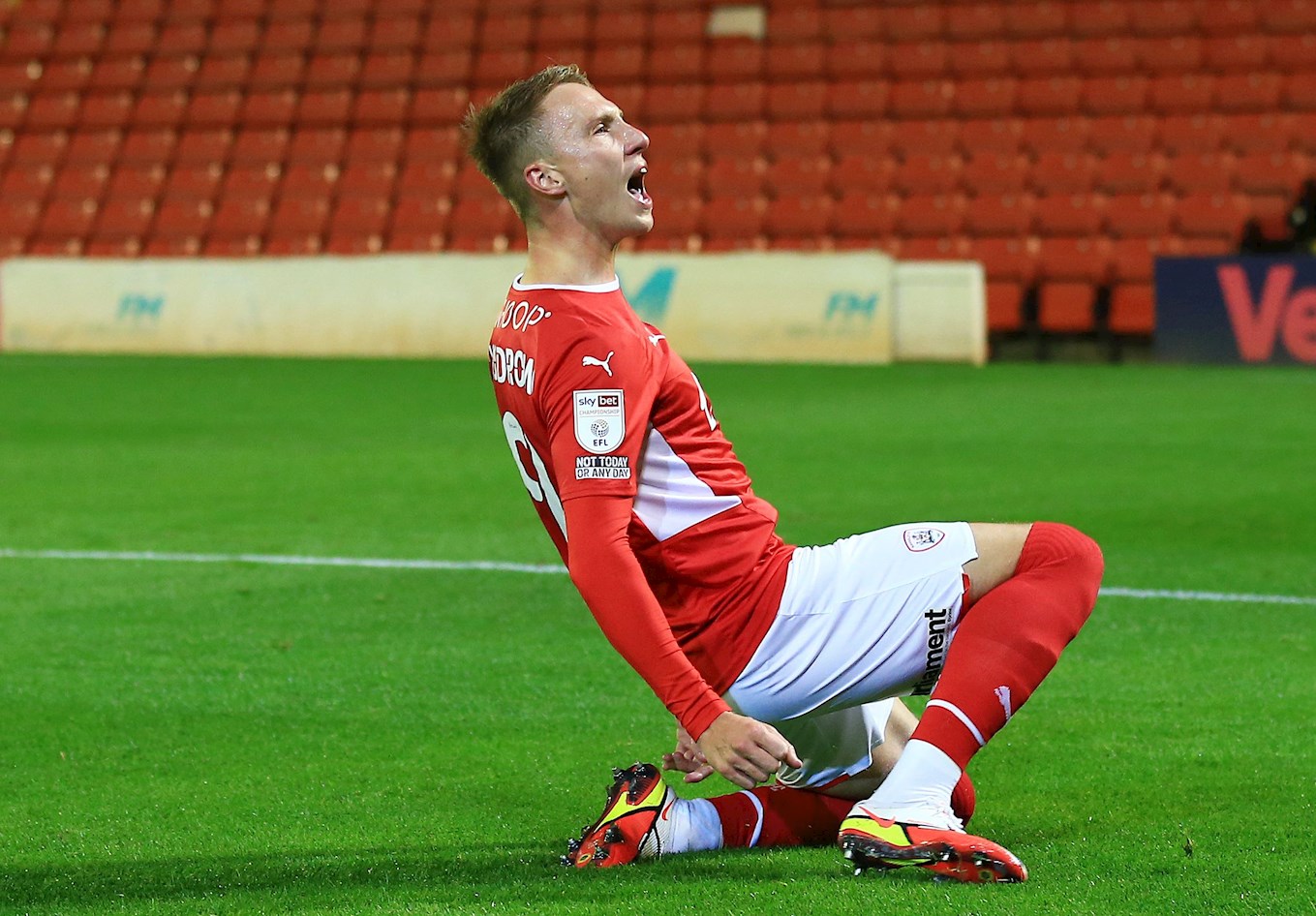 Town Head Coach Carlos Corberán will provide an update on the fitness of his squad during his virtual press conference on Thursday 2 December 2021.

Town will be in their famous blue and white stripes for their visit to Oakwell.

The Under-12 price is only applicable when purchased alongside an adult, 65s and over, or young adult ticket.

Wheelchair disabled tickets are available at Oakwell, but please note: companion tickets are situated behind the platform and not adjacent to the wheelchair bay.

Ambulant disabled tickets are also available and are the same price as the relevant category, with companions being free of charge.

The deadline for purchasing tickets for this fixture is 3pm on Friday 3 December.

Travel is available, with coaches departing from St Andrew’s Road car park at 12.45pm. Tickets are priced at £15 per person.

Please note that you will be required to wear a mask, unless you are exempt.

Huddersfield Town saw out a 1-1 Sky Bet Championship draw against Barnsley at a very wet Oakwell on Saturday afternoon.

Despite taking the lead through Lewis O’Brien, Barnsley’s Carlton Morris equalised for the hosts on the stroke of half-time.

The opening moments of the game were evenly split, with both sides having their fair share of possession.

Barnsley found their first half chance of the game in the fifth minute, but Lee Nicholls worked quickly to rush out and smother Callum Styles’ ball, which had been flagged for offside anyway.

The sixth minute saw fans from both sides come together for a minute’s applause in honour of Arthur Labinjo-Hughes. A truly lovely moment from both sets of supporters.

Town had a chance of their own just moments later. Fraizer Campbell forced a corner for the Terriers. Toffolo’s initial delivery was headed away, before Harry Toffolo saw his effort saved and Levi Colwill was unable to beat the ‘keeper to Fraizer Campbell’s rebound.

A great strike from Josh Koroma came in the 21st minute! Our no.10 cut in from the left and curled an effort with his right foot, but Collins tipped it over for a corner, which came to nothing.

A big chance for the hosts followed shortly after. A cross from the right was headed down to Morris, who shot just wide of the post.

The deadlock was finally broken in the 33rd minute! Danny Ward and Campbell paired up to play Koroma forward. The latter held the ball up and waited for O’Brien to overlap him before playing him into the box with a reverse pass. Our Captain then made no mistake in sending a superb finish into the far bottom corner!

Following the goal, the game began to become more frantic, with the hosts trying to press forward much more frequently.

Two further chances for Koroma came as the clock continued to tick down towards half-time. His first strike was hit straight at Collins, before his second came back off the cross bar!

As the game went into the first minute of injury time, Barnsley equalised. Colwill wasn’t able to get the ball away in time, leaving Morris there to send it home.

The first chance of the second half game in the 54th minute. O’Brien was given the ball outside the Barnsley box and tried to find the bottom corner, but his effort went wide.

Town went close again just seconds later, with Koroma getting onto a well-worked move up the left, before shooting wide from a narrow angle.

The Terriers tried their luck again in the 61st minute, but Thomas shot just wide on his left foot.

Some great play from Ollie Turton followed to win Town a corner. Unfortunately, it was headed away.

The 75th minute saw a half chance for Ward, but he sent his shot into the side netting.

The hosts had a chance of their own to take the lead, but Nicholls read the situation well and punched the ball clear.

The remained of the game played out with neither side able to find the chance they needed, seeing the points split at Oakwell.

Town are back in action on Saturday 11 December 2021, when they welcome Coventry City to the John Smiths Stadium for a 12.30pm kick-off. 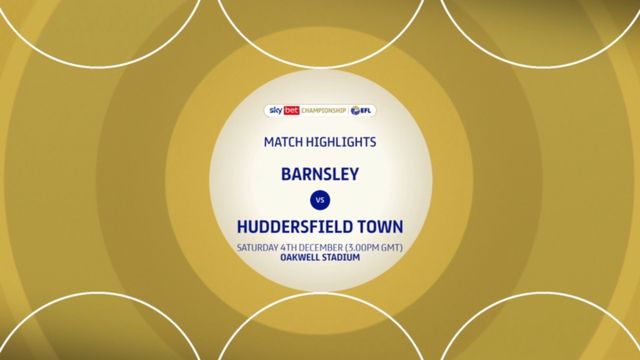 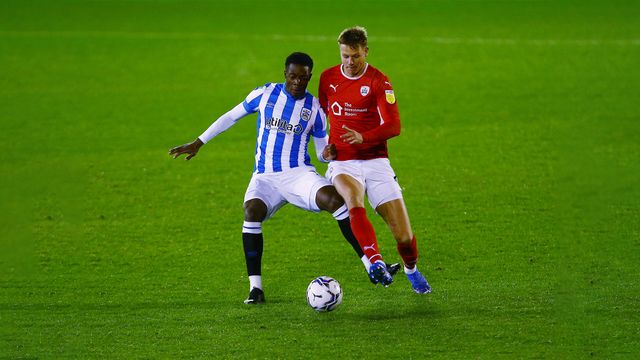