Josh Koroma gave Town the lead in the 75th minute, before the Blades pulled one back in added time thanks to Billy Sharp.

Levi Colwill was Town’s saviour in the 94th minute, unleashing havoc on the net to secure the three points in dramatic fashion!

The Terriers started the game well, with Sorba Thomas winning an early corner down the left. However, his delivery into the six-yard box is cleared well by Oli McBurnie.

The first half chance of the game fell to Sheffield United in the 18th minute. Chris Basham found McBurnie’s head, but thankfully he flicked his effort wide of the far post.

It was the hosts who held the majority of the possession throughout the first half, with Town’s defence standing firm.

Town did well to turn the tables, with Colwill releasing Lewis O’Brien down the left, who won a corner. Jonathan Hogg met Thomas’ delivery at the near post, but his flick went beyond everyone in the box.

Ollie Turton was handed the Terriers’ first yellow card of the game in the 36th minute after bringing down McBurnie from behind.

Former Town man Oliver Norwood stepped up to take the free kick, and hit the set piece straight at Nicholls.

Moments later Colwill picked up the second yellow card of the game for a foul.

As the seconds ticked down to the half time whistle, Nicholls showcased a huge save to push McBurnie’s acrobatic overhead kick around the post.

The start of the second half saw United pile on the pressure, delivering a number of crosses into the Town penalty area after a corner. Once again, Town defended the penalty area well.

The 60th minute saw the Terriers make their first two changes of the game. Fraizer Campbell and Harry Toffolo came on for Danny Ward and Scott High, seeing Thomas and Koroma go wide of Campbell, with Toffolo at left wing back.

Koroma provided a huge chance for Town in the 67th minute, nicking possession from Sander Berge and advancing. Unfortunately, his side went just wide of the left-hand post.

Koroma got his goal in the 75th minute, finally breaking the deadlock! Thomas drove over halfway to find Koroma with a great pass, Wes Forderingham saved the forward’s initial shot, but the ball rebounded to Koroma, and he made no mistake with the second!

The Terriers had a chance to double their lead shortly after, but Toffolo’s low cross was deflected into the hands of the goalkeeper.

The hosts found a way back into the game, with second half substitute Billy Sharp sending a powerful volley from 15-yards out, thankfully, it was straight at Nicholls.

Nicholls picked up the third yellow card of the game for taking too long ove4r the taking of a goal kick.

Sharp found his goal in the second minute of added time, squeezing a shot under Nicholls after collecting McBurnie’s knock-down.

The Terriers were able to hold on for the final minute of added time, seeing Town leave Bramall Lane with back-to-back wins – and what a way to seal it! 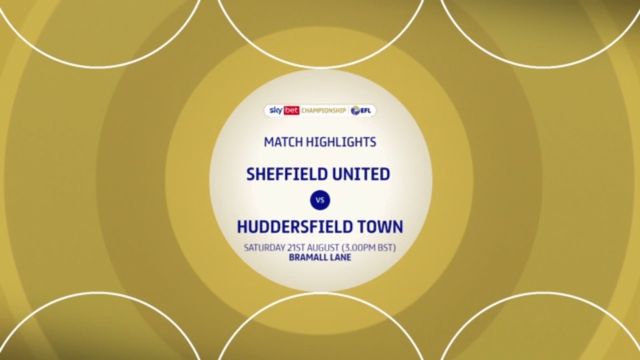 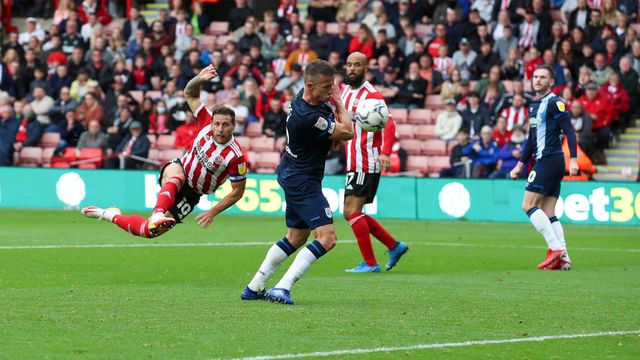