Huddersfield Town are back in Sky Bet Championship action as they take on Wycombe Wanderers at Adams Park on Tuesday 24 November 2020; 7pm kick-off.

The Terriers will return action just three days after their 4-3 defeat to Stoke City at the bet365 Stadium.

It’s Town’s second consecutive away league fixture, as Carlos Coberan’s side aim to get back to winning ways.

Wycombe Wanderers enter the fixture inside the relegation zone sitting in 22nd place in the league.

However, they come into the game in good form! Despite not picking up a point until match day eight, they have now only lost one in their last five. 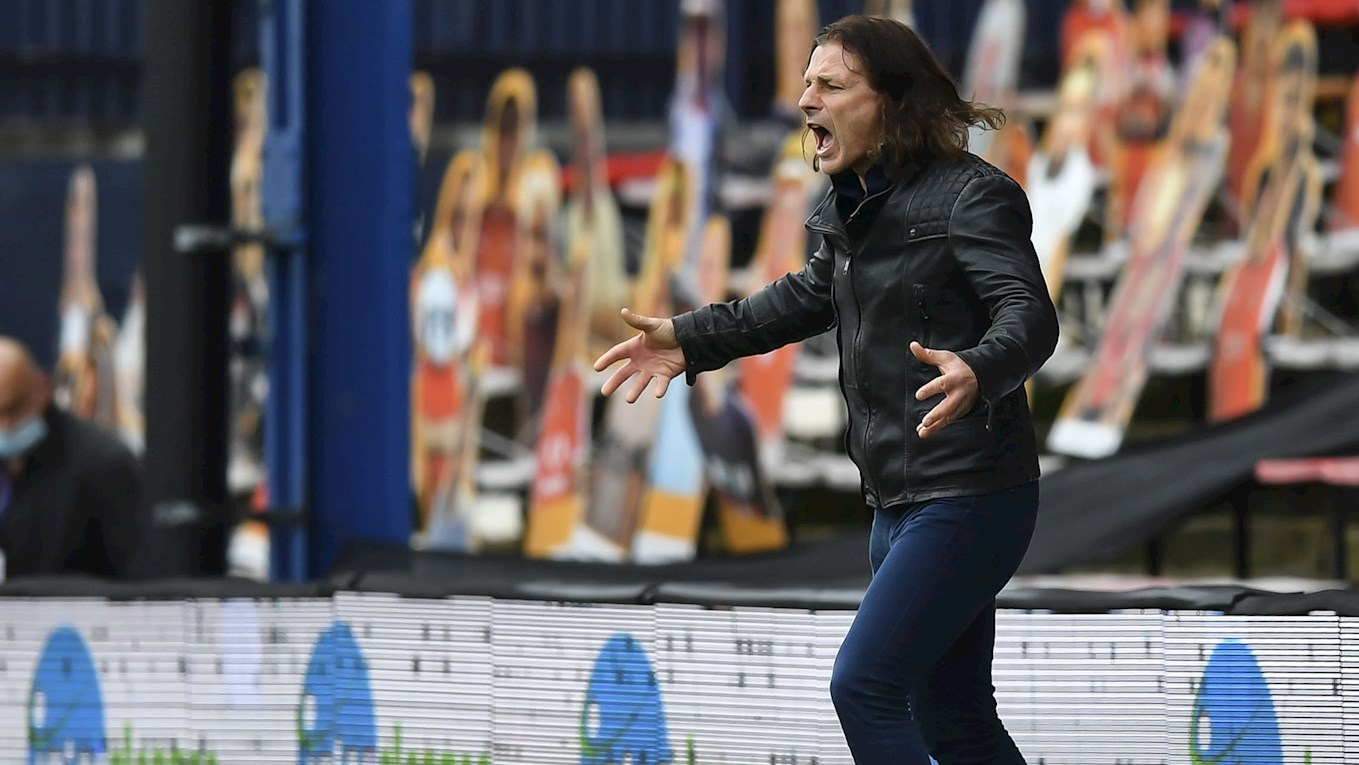 Despite being dubbed by many as relegation favourites last season, Gareth Ainsworth’s side defied the odds and won promotion to the second-tier of English football for the first time in the Club’s history!

Wycombe’s high pressing and physical style of play makes them a formidable opponent in this league.

Despite Wycombe’s difficult start to the season, as mentioned above their improved form suggests that they have adapted to life in the Championship.

The Buckinghamshire side have picked up all nine of their points this season in their last five outings, with wins coming against Sheffield Wednesday and Birmingham City, and draws against Watford and Brentford last time out.

On their own turf this season, the Chairboys have picked up five points from six games.

Ainsworth will be hoping his side can take their current form into Tuesday evening’s clash at Adams Park.

As mentioned earlier, Town will look to bounce back from Saturday’s narrow 4-3 away defeat to Stoke City. On the road, the Terriers have won two, drawn one, and lost three, and sit 16th in the league.

Scott Kashket has been Wycombe’s main threat in front of goal this season, despite not appearing consistently during the Chairboys’ title-winning season in Sky Bet League 1 last term.

The forward is Wycombe’s top goalscorer this season, scoring three times and featuring in all 12 of their fixtures so far.

The speedy frontman likes to play on the shoulder, running in behind defences causing chaos if a team decides to play a high line. 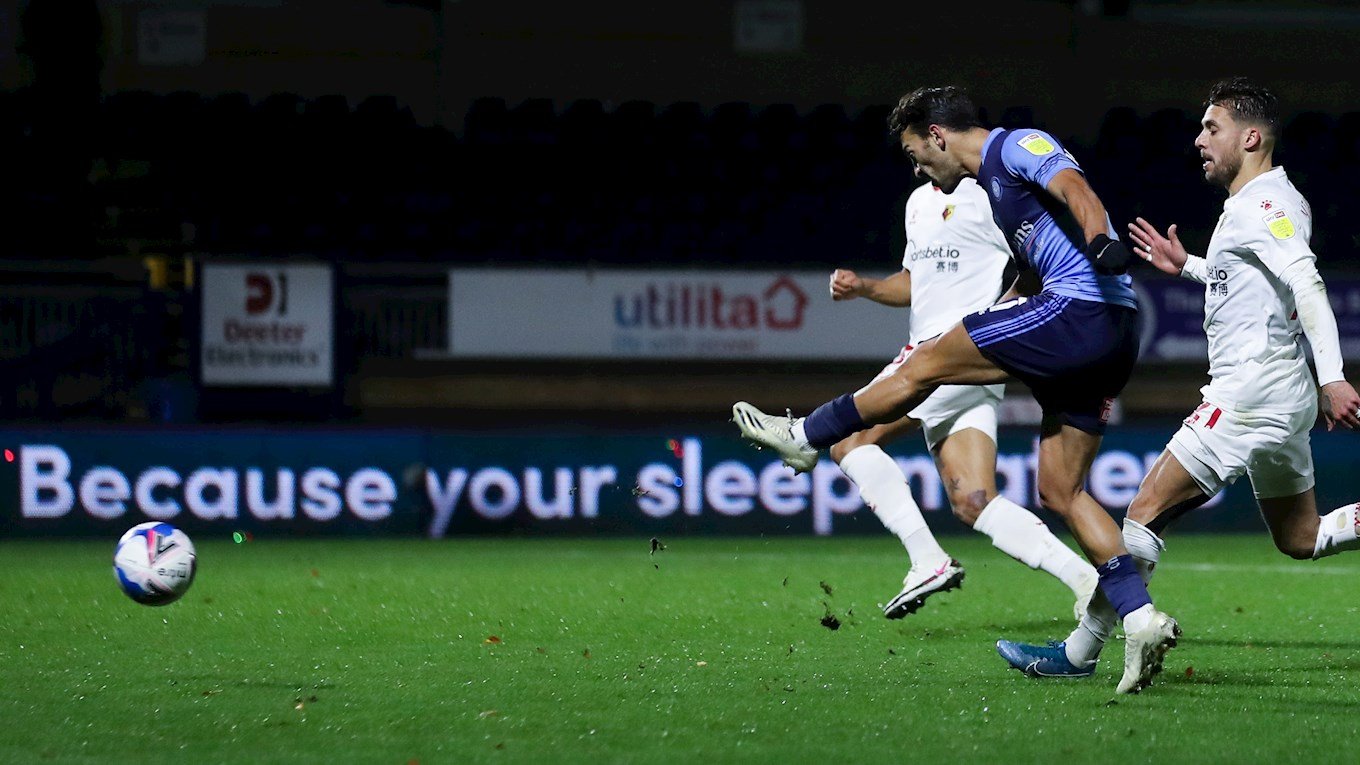 The Welshman chipped in with a phenomenal nine goals from defence while also getting two assists.

He has already matched his assist tally for last season, so do not be surprised to see him join the attack and try to add to the goals. 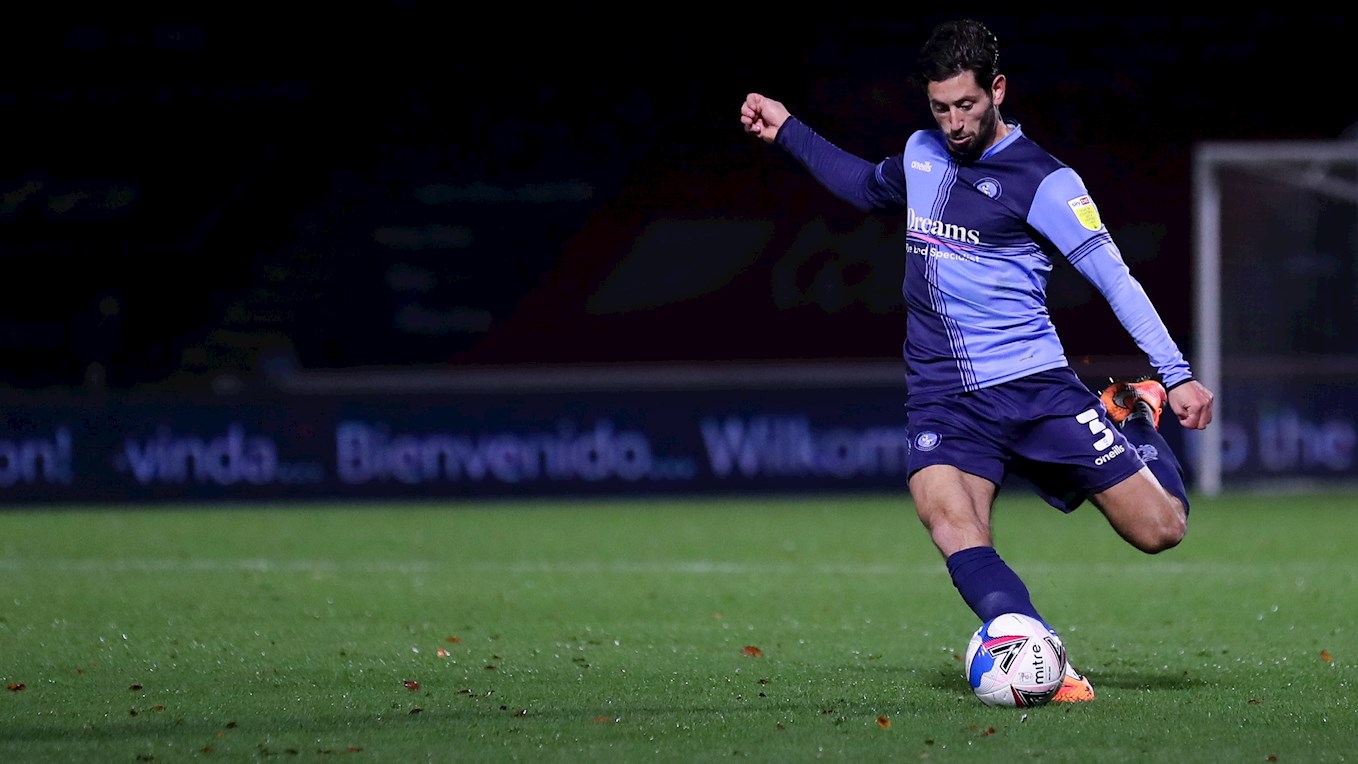 The 28-year-old midfielder arrived from Hibernian prior to this season and can play anywhere in attacking midfield.

His recent performances have seen called back up to the Republic of Ireland squad.

He also has Championship experience spending time at Preston North End, and the Chairboys may well look to him to control and calm the game down. 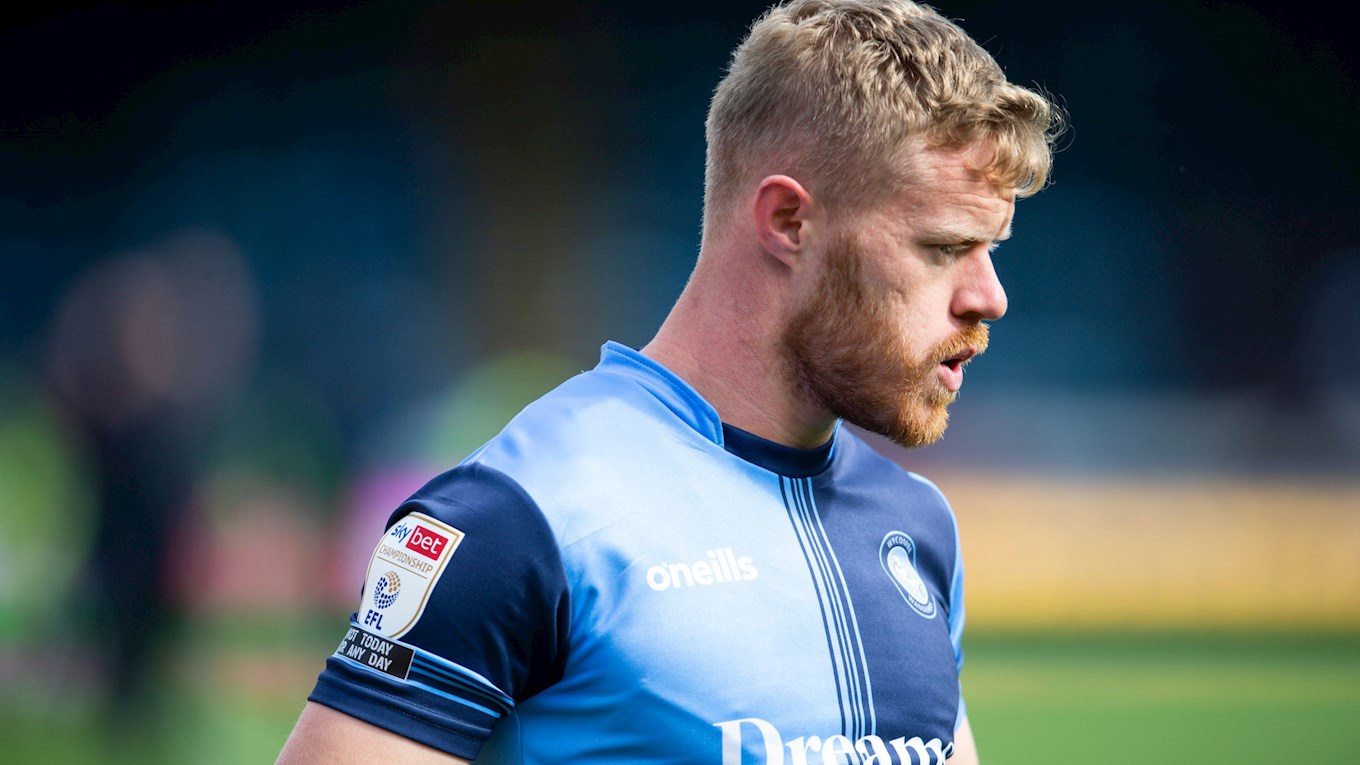 The sides have only ever faced each other 10 times competitively, with Town getting the better of Wycombe on six occasions. The Chairboys have won twice, with the other two occasions ending in draws.

This will be the first meeting between the two sides since 2012, when the Terriers ran out 6-0 winners away from home.

Tuesday’s meeting with the Chairboys is one of seven games in the Sky Bet Championship.

Carlos Corberán has revealed that Josh Koroma is a slight doubt after picking up a knock against Stoke City. Although, he has travelled to London with the team.

Town will be wearing the yellow and purple kit with the YAA logo on the front! CLICK HERE to buy yours!

If you aren’t a Season Card Holder, you can purchase the match pass for £10!

Please note this game is NOT available via Sky Sports’ red button.

Town take a point from Adams Park following a 0-0 draw with Wycombe Wanderers in the Sky Bet Championship.

Naby Sarr had Town’s best chance of the game, hitting the post from close range towards the end of the first half, but the deadlock remained throughout a well-fought midweek encounter in Buckinghamshire.

Head Coach Carlos Corberán made four changes from the side that started at Stoke three days prior, with Ryan Schofield making his first start of the season in goal.

Captain Christopher Schindler, Juninho Bacuna and Adama Diakhaby also returned whilst 20-year-old forward Kieran Phillips made his first appearance in the match day squad off the back of a prolific season for the B Team to date.

Getting under way at the slightly earlier time of 7pm on a chilly Tuesday evening at Adams Park, it was the hosts who looked to settle into their familiar surroundings with the game’s first opportunity.

Wycombe skipper Adebayo Akinfenwa looked to set in strike partner Scott Kashket who eventually got round Ryan Schofield, but his eventual cross was cleared by Naby Sarr.

Town’s first chance of the game fell to one of the four players to come into the side from the weekend’s narrow defeat to Stoke.

A low ball across the box found the feet of Adama Diakhaby who placed his effort just wide of the near post from the left side of the penalty area.

In a game that was becoming more of a battle by the minute, Sarr found some space inside the opposing box to register the encounter’s best chance so far.

Fresh off his first Town goal on Saturday, Sarr met Isaac Mbenza’s low whipped ball from the right, finding the post with a effort at full stretch from close range.

The Terriers carried that momentum into the start of the second half when it was substitute Richard Stearman, who replaced injured skipper Christopher Schindler at the interval, tried his luck but Ryan Allsop in the Wycombe goal was equal to his low effort.

After Joe Jacobson saw his deflected effort creep just past the post at the other end, Town’s enjoyed a good spell as Mbenza curled just over the crossbar with a first-time effort.

Both sides’ search for that all-important goal was ongoing, as Daryl Horgan flicked wide from a corner before substitute Garath McCleary forced Schofield into a good save to keep the scores level late on.

The encounter’s last opportunity did fall to Town however, moments before the six added on minutes.

Having just had a low effort stopped by Allsop, Danny Ward met a corner from the right perfectly, but his goal-bound header was equally matched by the ‘keeper once more.

A cagey stoppage time period followed but neither side could break the deadlock as Town took a point from Adams Park.

Next up for Town is a return to the John Smith’s Stadium with Middlesbrough the visitors in the Sky Bet Championship on Saturday 28 November 2020; 3pm kick-off. 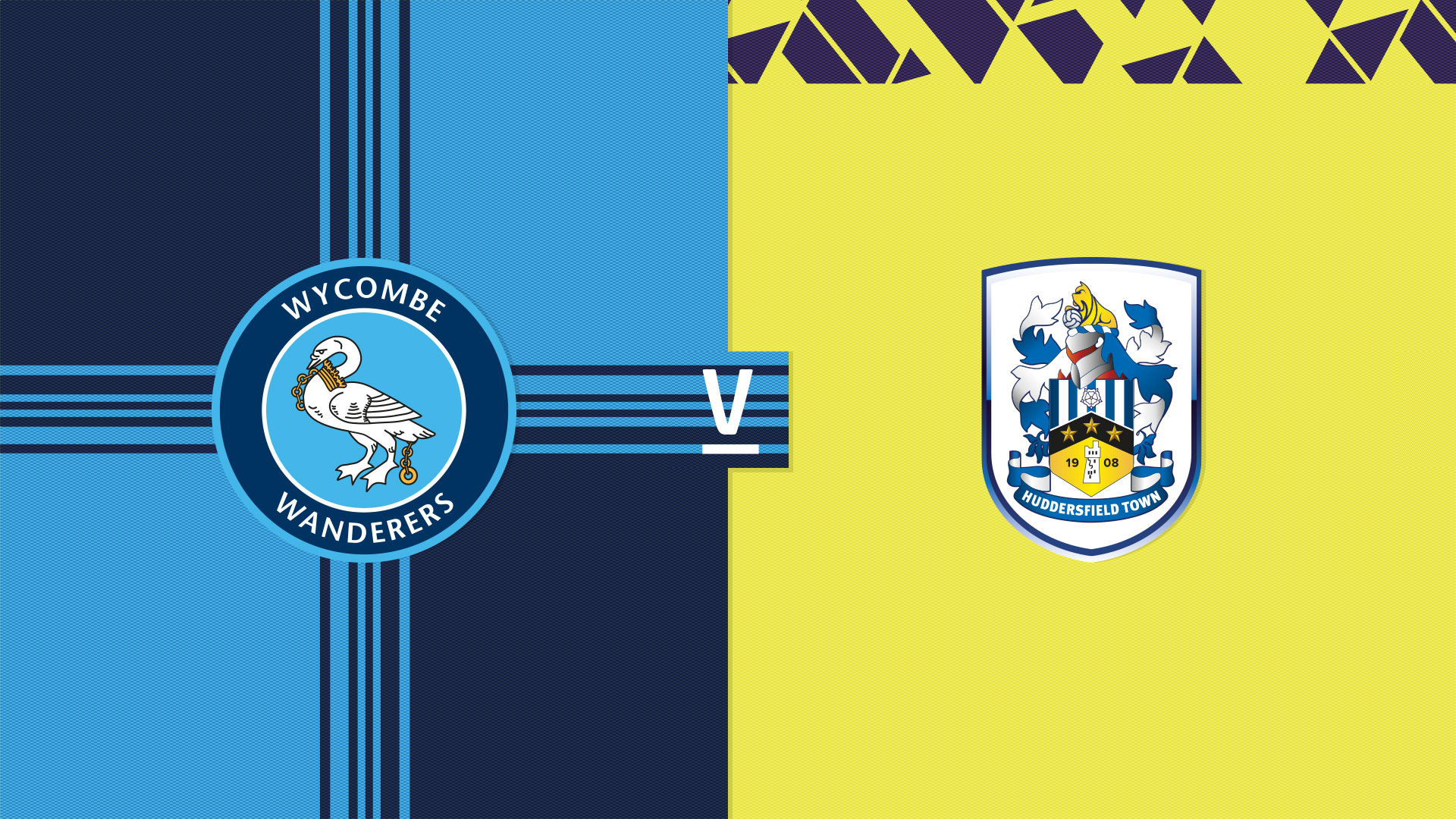 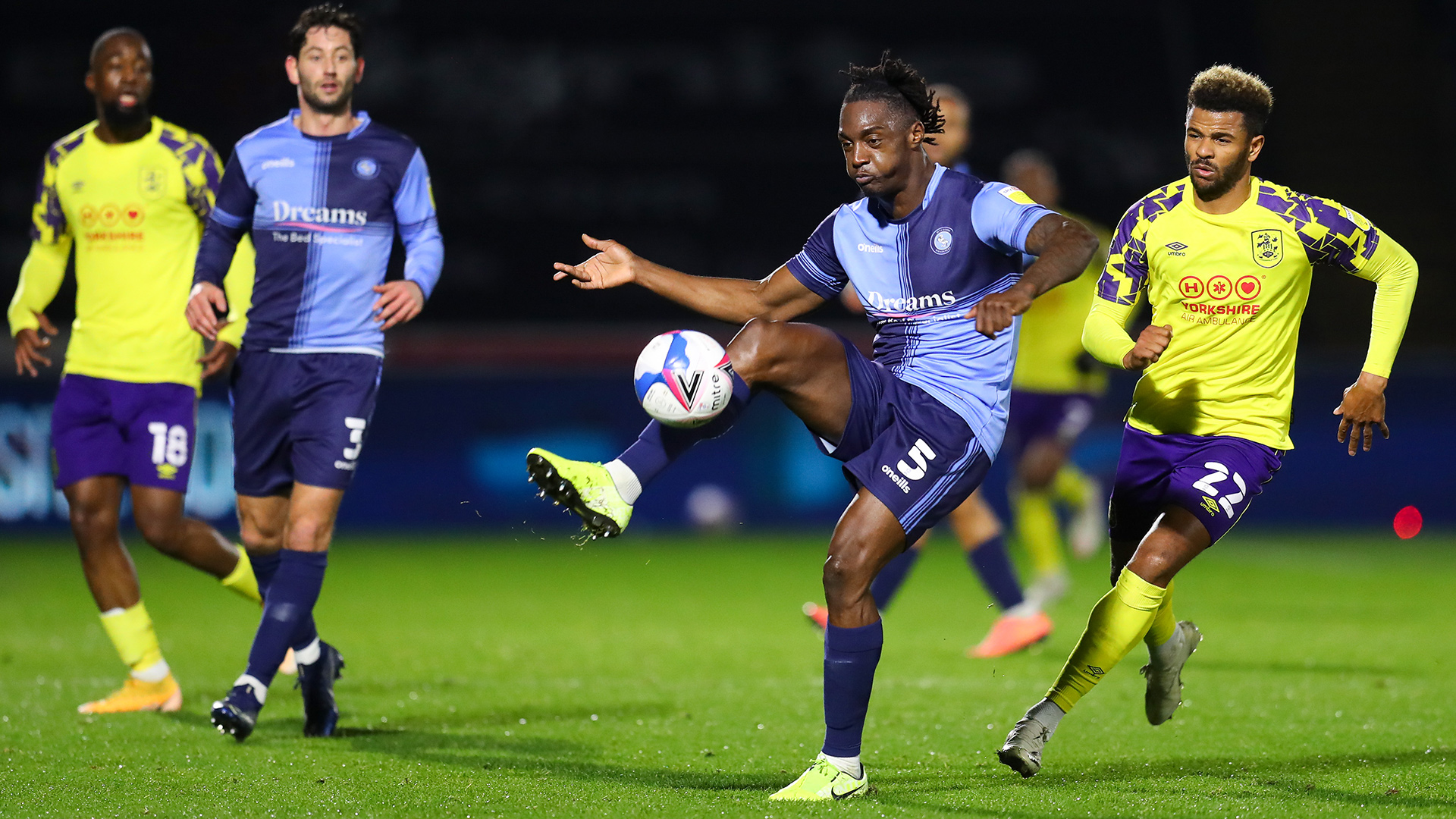