After a deadlocked first 45 minutes, two Hornets goals after the break saw Town come away from Hertfordshire empty-handed.

Head Coach Carlos Corberán made four changes to the side from Town’s last Sky Bet Championship game a fortnight ago with both Álex Vallejo and Rolando Aarons coming in for their first league starts for the Terriers.

Both goal-scorers from last weekend’s Emirates FA Cup third-round tie, Romoney Crichlow and Aaron Rowe, were the other two players introduced into a side captained by Harry Toffolo in the absence of Christopher Schindler and Jonathan Hogg.

It was the hosts who threatened first as the sun dropped behind The Graham Taylor Stand on a pleasant early afternoon at Vicarage Road.

Ismaïla Sarr’s cross from the right dropped nicely for João Pedro who saw his effort denied by Ryan Schofield who got down to his left to parry it away from goal.

Approaching the conclusion of a well-battled first 45 minutes that was fairly quiet at both ends, Sarr was the man trying his luck on goal and produced another good save out of Schofield to ensure the deadlock remained at the break.

After the break, it was Town who came out the livelier of the two sides and had the first opportunity of the half.

Harry Toffolo’s cross from the left fell to Juninho Bacuna on the edge of the area who sliced his effort over the bar.

At the other end, the hosts capitalised on a defensive mistake to take the lead with their first chance following the interval.

Tom Cleverley beat Schofield to Álex Vallejo’s back pass and slid the ball into the net to put the Hornets 1-0 up on 54 minutes.

Watford doubled their lead 10 minutes later. Kiko Femenía’s ball along the ground worked its way through the box and to Pedro at the back post who found the corner with his finish to make it 2-0.

Despite the scoreline there were a few landmark moments for Town’s youngsters in the second half.

Scott High was introduced for the first time this season from the bench after Pat Jones was brought on for his Championship debut in the minutes prior.

High went close to getting the Terriers back into the contest with a volley from a corner that was straight at Watford ‘keeper Daniel Bachmann.

That was the nearest the Terriers came to a way back with the game being brought to a close soon after with Town condemned to defeat at Vicarage Road.

Next up for the Terriers is a return to the John Smith’s Stadium to face Millwall in the Sky Bet Championship on Wednesday 20 January 2021; 7pm kick-off. 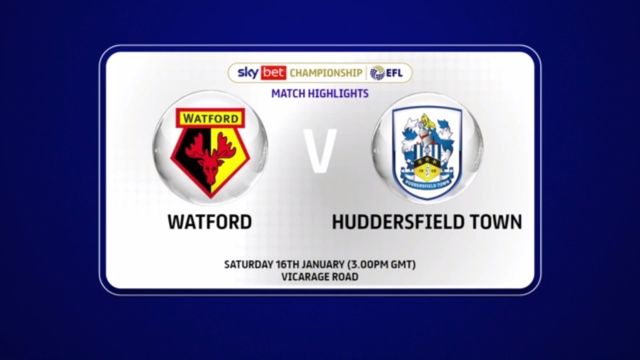 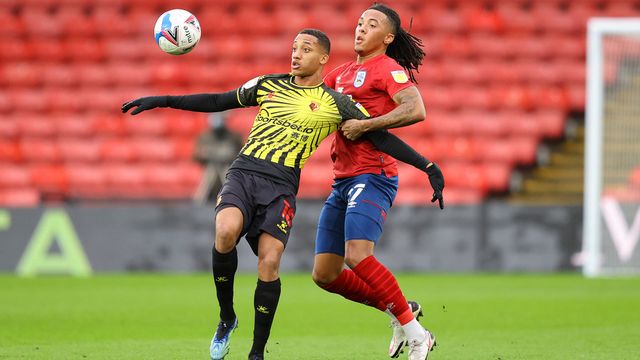