Huddersfield Town travel to Kenilworth Road to take on Luton Town - a side just one point above them in the Sky Bet Championship.

The match will take place on Saturday 6 February 2021 and will kick-off at 3pm.

Town will look to secure all three points away at Luton, coming off the back of a 1-1 draw against Stoke City at the John Smith’s Stadium.

Whilst, the Hatters will be looking to bounce back from their 1-0 defeat against Blackburn Rovers.

Nathan Jones returned for his second managerial spell at Luton Town in May 2020 helping guide the Club away from the relegation zone.

So far this season, his side sit 13th in the Sky Bet Championship with a game in hand – eight points off the relegation zone and nine off the Play-Off places!

With a mix of young talent and experience throughout their squad, the Hatters have a good balance and have impressed this year.

On their travels this season, the Hatters have been victorious on four occasions – the last coming at AFC Bournemouth on 16 January 2021.

They’ve picked up six points during 2021 following wins over Reading and AFC Bournemouth.

Town on the other hand picked up their first points of the year against Stoke City on Saturday after a 1-1 draw.

The Terriers have only won twice on the road all season – the last away point that was picked up was against Coventry City in mid-December.

The Irish striker has scored nine goals in competitions this season with six coming in the Sky Bet Championship!

He’s been virtually ever-present this season and his performances have kept him in the Republic of Ireland squad. He’s now earned six caps for his Nation.

Collins has made over 160 appearances for Luton Town and was integral in the Club’s promotion from Sky Bet League 2 all the way to the Sky Bet Championship. 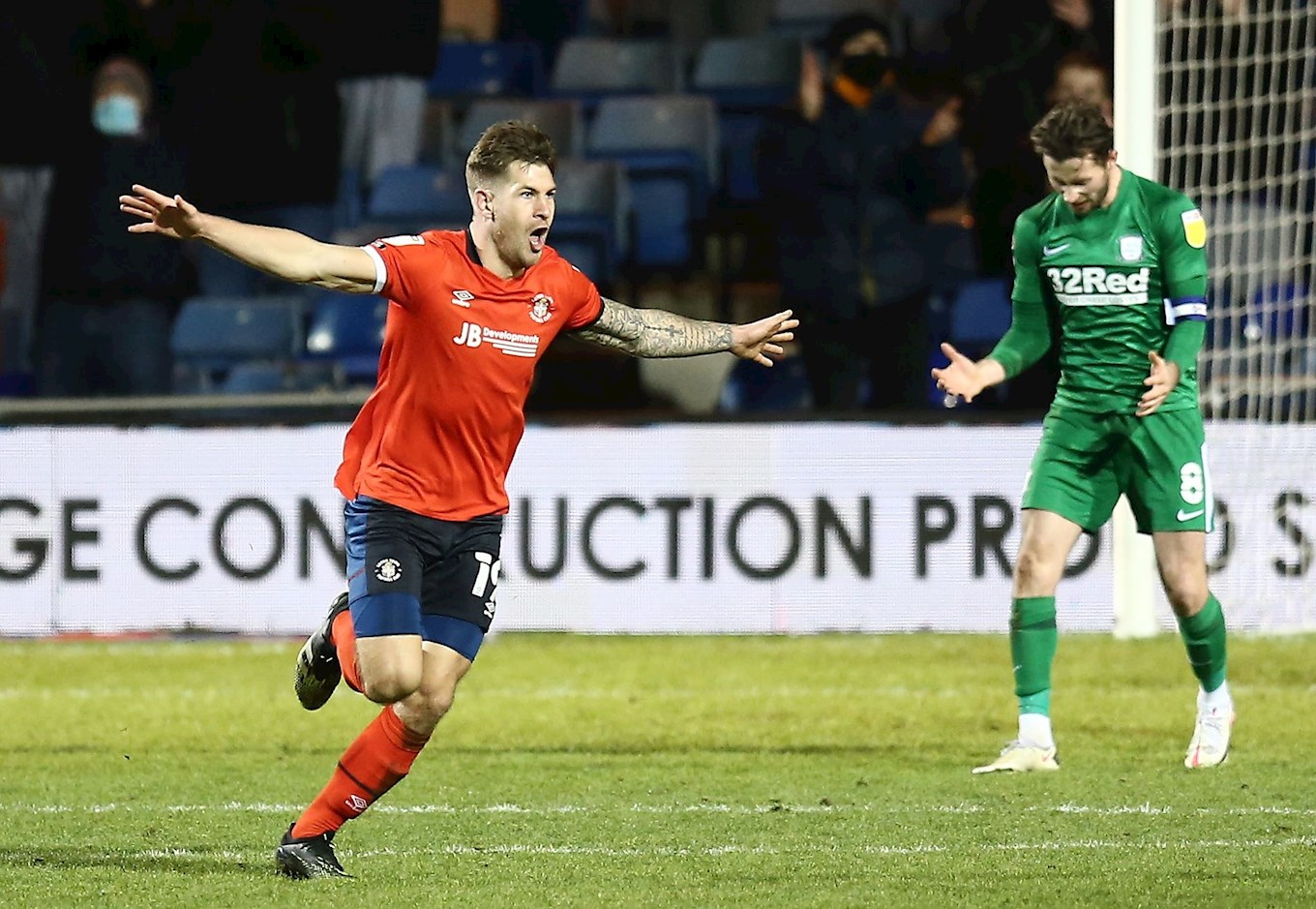 Arriving on loan from Leicester City in October, Dewsbury-Hall settled into life at Luton immediately.

With multiple man of the match and back-to-back Player of the Month awards for the Hatters, he has become a key player, pulling the strings in the middle of the park.

The box-to-box midfielder has scored two goals and set up three for his teammates this season. 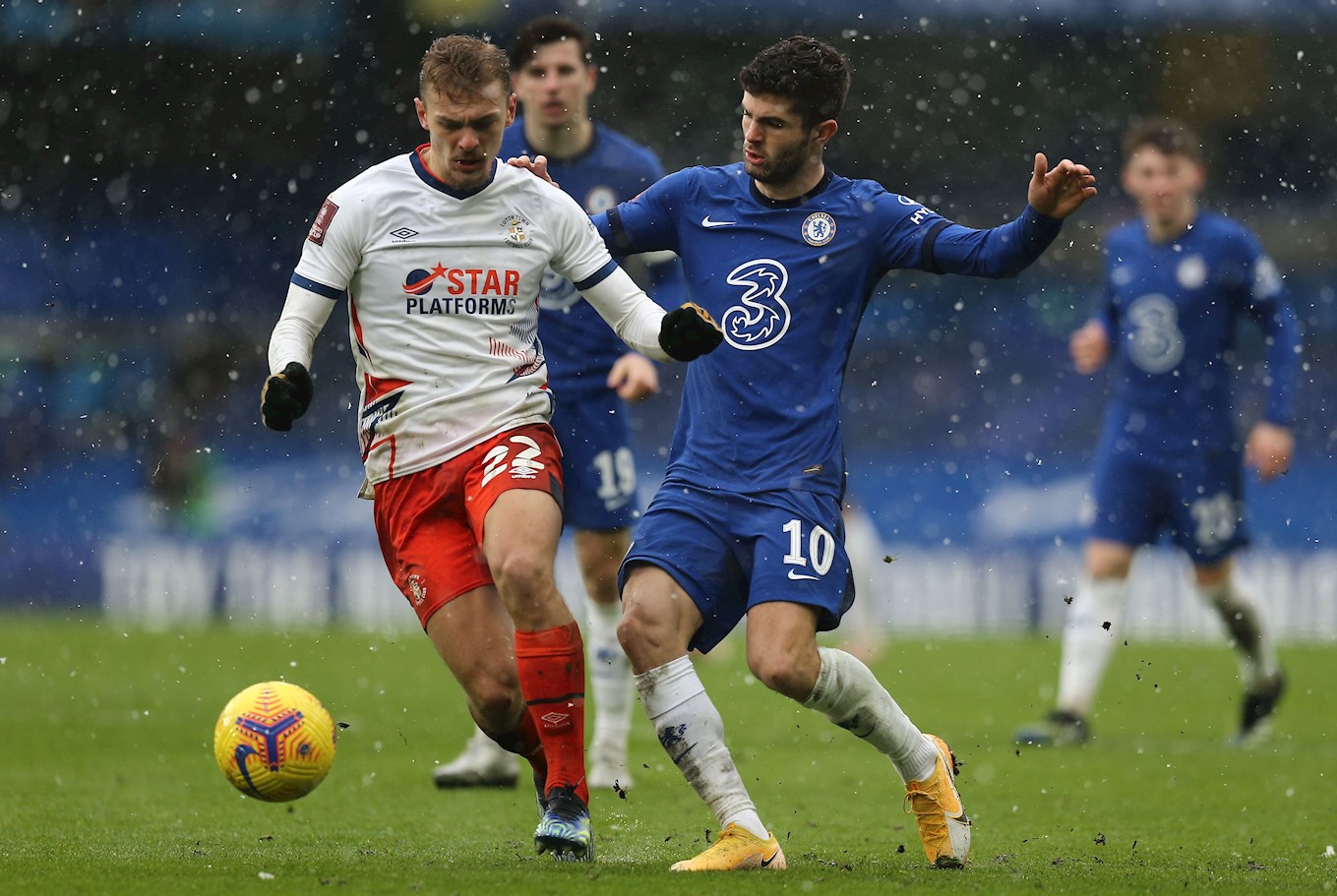 The central defender has been a key contributor to Luton’s solid defence this season; they have only conceded 28 goals this season.

Bradley has been virtually ever-present this season, he’s been marshalling the backline and is a threat from set pieces.

He scored against the Terriers at the John Smith’s Stadium last season as the Hatters ran out 2-0 winners. 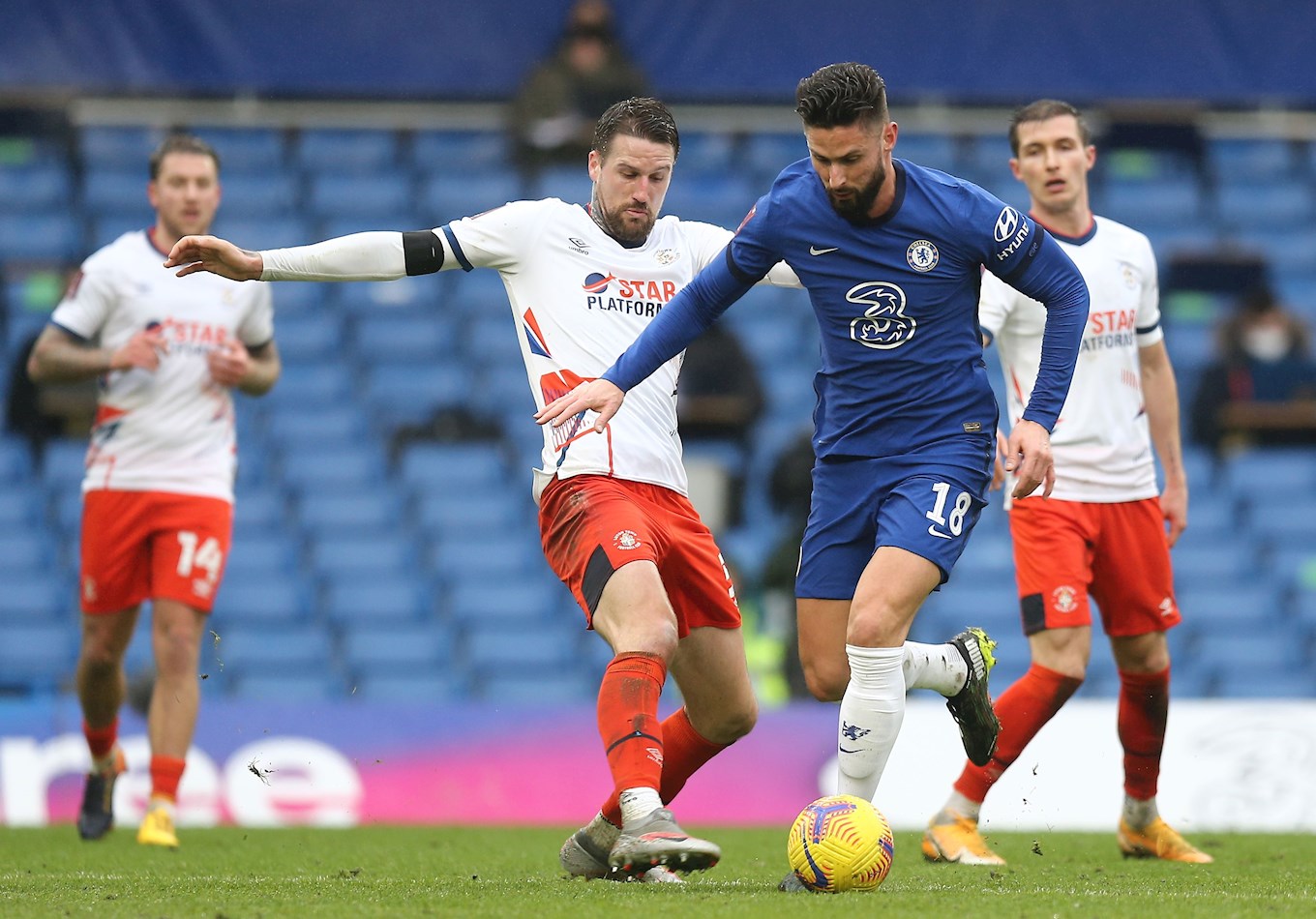 The last time the two sides met ended 1-1 at the John Smith’s earlier on this season. There have only been three matches between the sides since 2008, with Luton picking up wins in the two before the draw this season.

Here is the full list of fixtures being played over the weekend:

Carlos Corberán will provide an update on his side ahead of Saturday’s game during his virtual press conference on Thursday (4 February 2021) at 1.30pm GMT.

Town will be in the yellow and purple kit at Luton Town – CLICK HERE to get your shirt; there’s 50% off!

James Collins had opened the scoring for the hosts in the first-half before Sarr's fourth goal of the campaign rescued a point late on for the Terriers, with Harry Toffolo also sent off in the closing stages at Kenilworth Road.

Head Coach Carlos Corberán made two changes to the side that drew with Stoke City last time out.

Jonathan Hogg made his return from a hip problem to captain the side whilst Duane Holmes made his first start since returning to the Club, in the encounter at Kenilworth Road.

When the game got underway, it was the hosts who went ahead early on through James Collins.

The forward tapped Harry Cornick’s ball across the goal into an empty net to put the Hatters ahead after 12 minutes.

Town’s first opportunity in search of an equaliser came courtesy of Lewis O’Brien shortly after. The midfielder set himself on the area before unleashing a strike that flew just over Simon Sluga’s crossbar.

On the half-hour mark it was Juninho Bacuna that tried his luck. Town’s no.7 drove from midfield before driving a left-footed show low and wide of the goal.

At the other end, Dan Potts went close to doubling the hosts’ lead. The full-back rose highest inside the penalty area to meet a ball in from the right, with his towering header coming back off the post.

After the break, it was Bacuna who registered the first chance of the second half in an attempt to get Town level.

Half-time substitute Rolando Aarons slipped in Bacuna down the left side of the box but the midfielder, who scored in Town’s last away outing at Bristol City, could only find the side netting with his drilled attempt.

Town’s no.7 couldn’t get on the scoresheet himself but played a large part in the Terriers’ equaliser on 74 minutes.

The midfielder’s powered free-kick along the ground was palmed away by Simon Sluga into the path of Naby Sarr who was in the right place at the right time to find the net and draw the Terriers level.

Corberán’s side nearly completed a quickfire turnaround straight after when Frazier Campbell found the run of Duane Holmes but the January signing’s effort to meet the ball on the stretch was stopped by Sluga who stayed composed to make the save.

As the game ticked into stoppage time, Town were reduced to 10 men. Harry Toffolo was sent off for a challenge on a Luton player just inside the Terriers' half.

From the resulting free-kick, Hatters substitute Glen Rea worked space for a strike inside the box after the ball had fallen to him with his strike coming back off the post.

That was the final opportunity of the encounter with referee Leigh Doughty's whistle going soon after to ensure Town would take a point from Kenilworth Road with a second successive 1-1 draw in the Sky Bet Championship.

Next up for Town is the visit of Wycombe Wanderers to the John Smith’s Stadium in the Sky Bet Championship on Saturday 13 February 2021; 3pm kick-off. 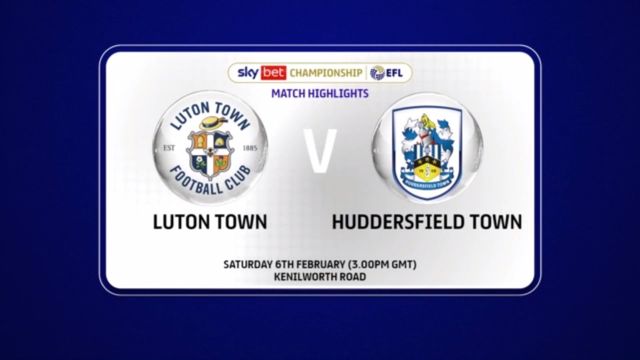 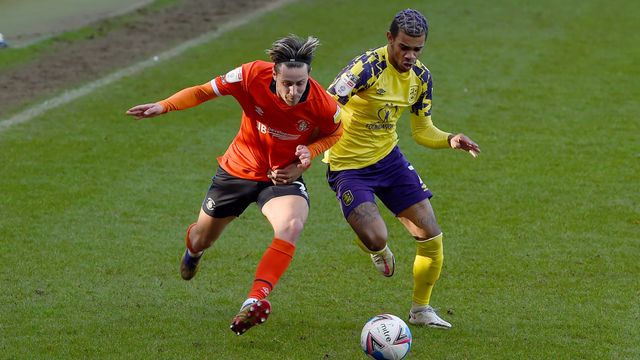