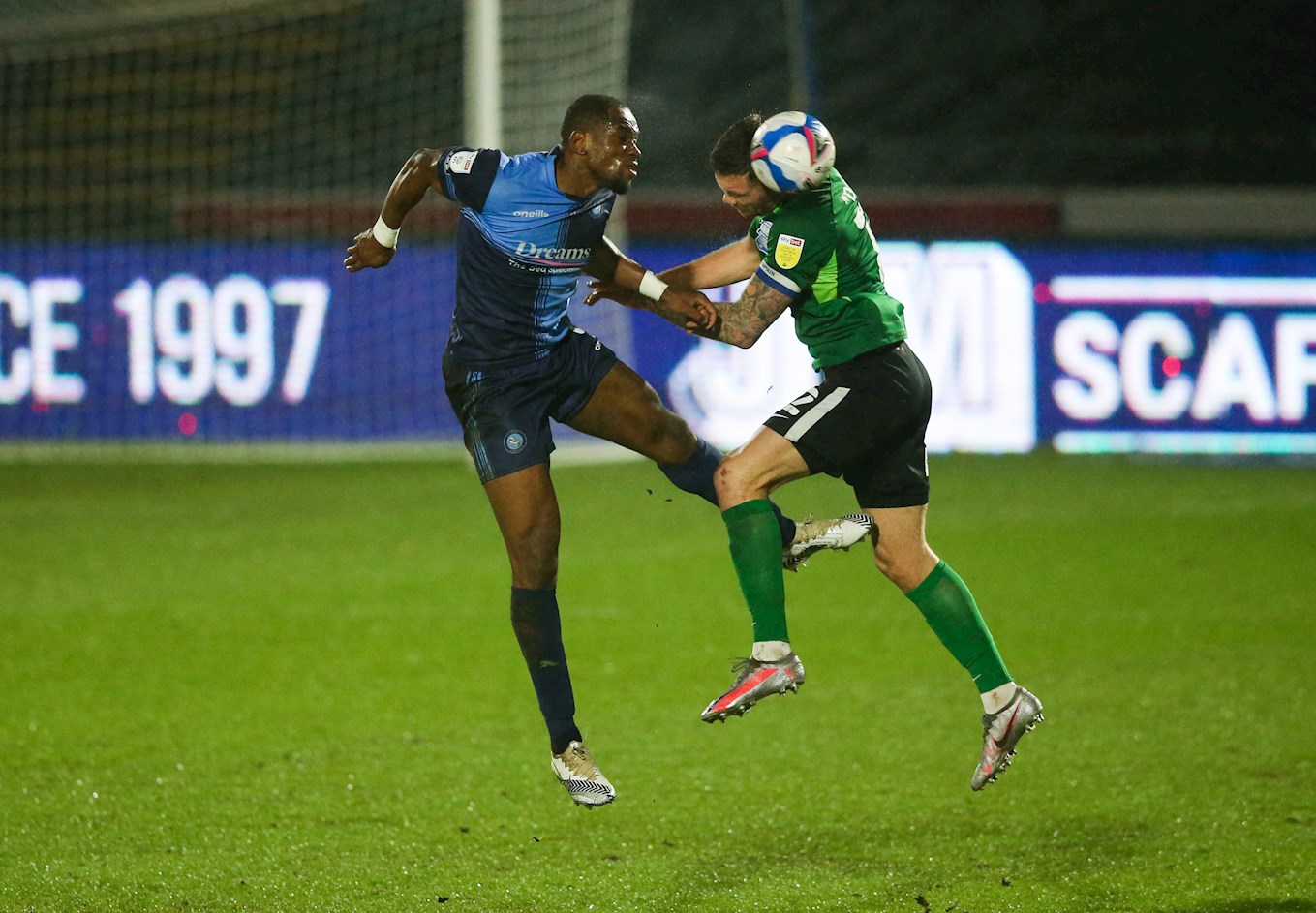 Huddersfield Town were beaten 3-2 by Wycombe Wanderers in the Sky Bet Championship.

Town had led 2-0 just before half-time courtesy of goals from Juninho Bacuna and Isaac Mbenza, but the visitors rallied and scored three times to turn the game on its head and take all three points from the John Smith’s Stadium.

Head Coach Carlos Corberán made one change to the side that faced Luton Town last weekend with Álex Vallejo replacing Harry Toffolo who was serving the first game of his three-match suspension following his red card in that game at Kenilworth Road last Saturday.

There were two changes on the Town bench where Richard Stearman made a welcome return from a hamstring injury sustained in November with Aaron Rowe also coming in, in place of the injured Rolando Aarons.

When the game got underway, the first opportunity fell to Duane Holmes. The January signing, who was making his first home start since his return to the Club last month, flicked wide from close range after some good work from Juninho Bacuna and Fraizer Campbell down the right.

It was the latter two that combined again as Town took the lead on 18 minutes. Campbell’s acrobatic cross from the right found the head of Bacuna who nodded home his third goal of the campaign.

Moments later, it was Naby Sarr who preserved that lead for Town at the other end. The defender got back to clear Uche Ikpeazu’s half-volleyed effort that had beaten Ryan Schofield but was cleared off the line by the Terriers defender.

Town took advantage of Sarr’s defensive work just after to double the lead through Isaac Mbenza. The move, started again by Campbell, saw the ball fall to Mbenza on the edge of the area.

The winger went past his man and drilled a left-footed effort into the bottom corner to make it 2-0 just before half-time.

In the final moments before the half, the visitors drew one back through Anis Mehmeti who saw his driven effort find the bottom corner seconds before the half-time whistle.

Following the interval, the Chairboys got back on level terms just after the hour mark. After Jonathan Hogg had brought down Ikpeazu in the penalty area, Joe Jacobson stepped up to convert from the spot and make it 2-2 heading into the final 30 minutes.

The visiting side appeared to gain confidence from the equaliser and went close twice to going ahead soon after.

Minutes after Schofield produced a good stop to deny a close-range header, Garath McCleary cut in from the right and curled over the crossbar from just inside the penalty area.

As the game moved into the closing stages, the visitors drew another good save out of Schofield to keep the scores level.

Town’s ‘keeper did well to keep out Anthony Stewart’s headed effort from underneath his crossbar.

As the Terriers looked for a winner, Sorba Thomas was introduced for his Town debut in place of Mbenza.

But despite the Terriers’ efforts it was Wycombe who got the game’s all-important fifth goal to win the game on 87 minutes.

Josh Knight picked up the ball in the centre of the box, created some space with a driving run and picked out the bottom corner to put the visitors ahead with what would turn out to be the winning goal that secured all three points for the visitors at the John Smith’s Stadium.

Next up for Town is a trip to the Riverside Stadium to face Middlesbrough in the Sky Bet Championship on Tuesday 16 February 2020; 7.45pm kick-off.