Goals either side of half-time from George Edmundson and Martyn Waghorn condemned Huddersfield Town to a 2-0 defeat against Derby County in the Sky Bet Championship.

Edmundson had nodded the Rams in front in the first half before substitute Waghorn doubled the lead and completed the win for the hosts at Pride Park.

Head Coach Carlos Corberán made just the one change from the side that started Town’s first win of the calendar year against Swansea City at the weekend.

Demeaco Duhaney came in for the injured Jonathan Hogg and slotted into a back three for the Terriers, with Richard Keogh and Duane Holmes both starting against their former side.

Fresh from that victory three days earlier, it was Town who had the first real opportunity of the game.

Pipa smartly beat a defender on the right side of the penalty area before cutting the ball back for Fraizer Campbell who saw his attempted lob tipped over the crossbar by Rams ‘keeper David Marshall.

At the other end, Colin Kazim-Richards registered the hosts’ first chance of the game, heading over from just under the bar having connected with a ball looping around inside the box.

With openings coming at both ends in the early exchanges, it was Derby who made the most of the next one to take the lead.

After Nathan Byrne’s original delivery from the left was cleared off the line by Naby Sarr, the former’s second inswinging cross found the head of George Edmundson who nodded Derby in front on 22 minutes.

The hosts continued to push forward after the goal but their closest chance to a second before the break was only a Kazim-Richards free-kick driven straight down the throat of Ryan Schofield.

The nearest Town went to an equaliser prior to half-time was through Álex Vallejo. Holmes’ corner from the right found its way to the Spaniard at the back post but his effort was high and wide of the goal as the Terriers went into the break behind at Pride Park.

After the interval, Town continued to take the initiative in possession but to no avail in the opening 15 minutes of the half.

Still holding the lead, the Rams used that base to double it against the run of play. Kazim-Richards held the ball up before slipping in half-time substitute Martyn Waghorn who beat the offside trap, got the ball onto his favoured left side and picked out the bottom corner to make it 2-0 on 65 minutes.

Late on, Town continued to look for a way back into the encounter but were frustrated by a stern defensive effort from the home side.

Any potential route back into the game in the final moments became tougher to get a grasp on as Jaden Brown was shown a second yellow card for halting an attack with a challenge, with Town were reduced to 10 men just before the end of normal time.

After three added minutes, referee Geoff Eltringham brought an end to proceedings with the Terriers beaten in the East Midlands.

Next up for Town is a trip to Deepdale to face Preston North End in the Sky Bet Championship on Saturday 27 February 2021; 3pm kick-off. 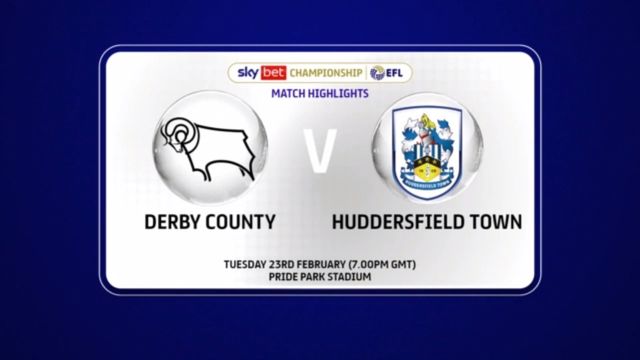 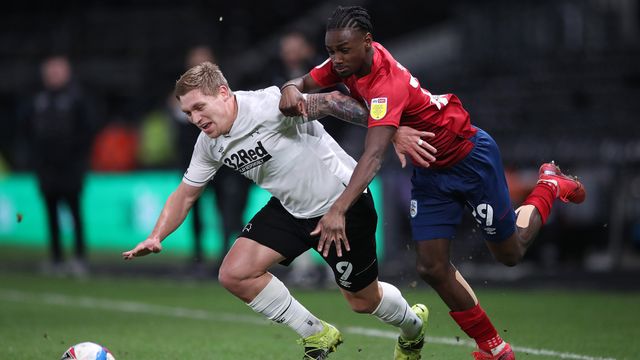