Huddersfield Town will be looking to achieve their fourth successive home league victory when they host Watford at the John Smith’s Stadium in the Sky Bet Championship on Saturday 19 December 2020; 3pm kick off.

Last time out, Carlos Corberán’s side played out a goalless draw away to Coventry City, but Town return to home comforts on Saturday afternoon where they have recorded consecutive 2-0 wins against Sheffield Wednesday and QPR respectively.

Watford go into Saturday’s game in 3rd position, having picked up 34 points from their 19 Sky Bet Championship games so far.

One of the reasons for Watford’s good start to the 2020/21 season is their defensive record. The Hornets boast the second-best defensive record in the league, having conceded just 13 goals so far; a record only bettered by Swansea City’s goals against column of 12 goals.

From their last five games, Vladimir Ivić’s side have recorded two wins, two draws and a defeat. Last time out, they drew 1-1 with Brentford at Vicarage Road. Prior to the Brentford game, they picked up a 1-0 away win against Birmingham City as well as a 2-0 home victory against Rotherham United. 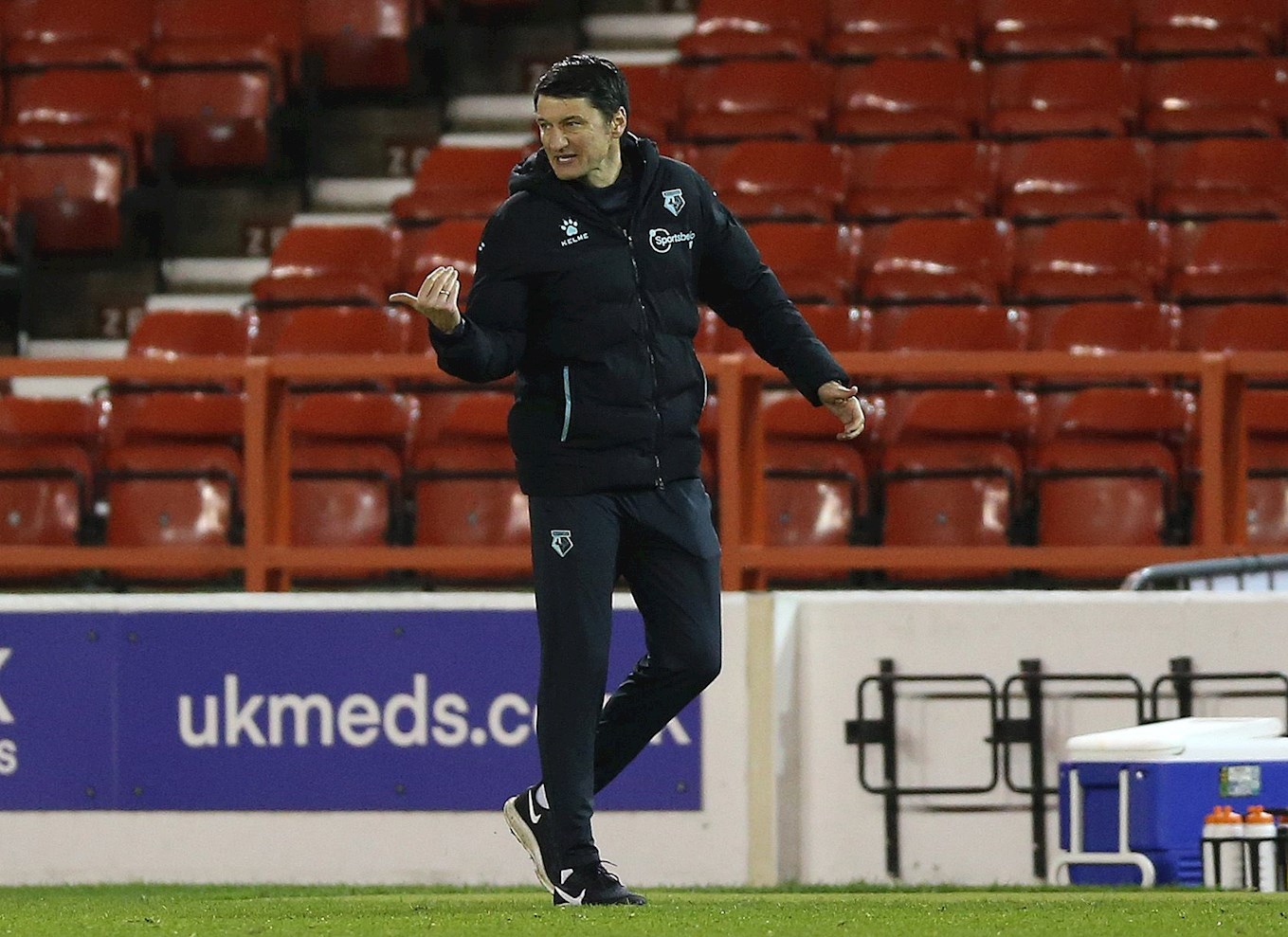 The Hornets have picked up the majority of their points at Vicarage Road - 23 of their 34 points so far have been picked up at home. Watford's defensive solidity has remained while on their travels as they have conceded just four goals in their nine Sky Bet Championship away matches.

Meanwhile, The Terriers will be wanting to get back to winning ways when they return to the John Smith’s at the weekend. Town’s last two Sky Bet Championship games have been away from home - a draw with Coventry City as well as a defeat at AFC Bournemouth.

Similarly to their opponents on Saturday, The Terriers have picked up the majority of their points at their home stadium - 16 of Town’s 25 points have been gained at the John Smith’s Stadium.

Foster returned to Watford in 2018 after a lengthy spell with West Bromwich Albion where he racked up over 200 appearances for The Baggies. The 37-year-old first played for Watford between 2005 and 2007 on loan.

Since returning to Hertfordshire, Foster has been ever present for The Hornets, playing every league game for the club. This season, Foster has kept eight clean sheets as a part of a defensive unit which is one of the tightest defences in the Sky Bet Championship. 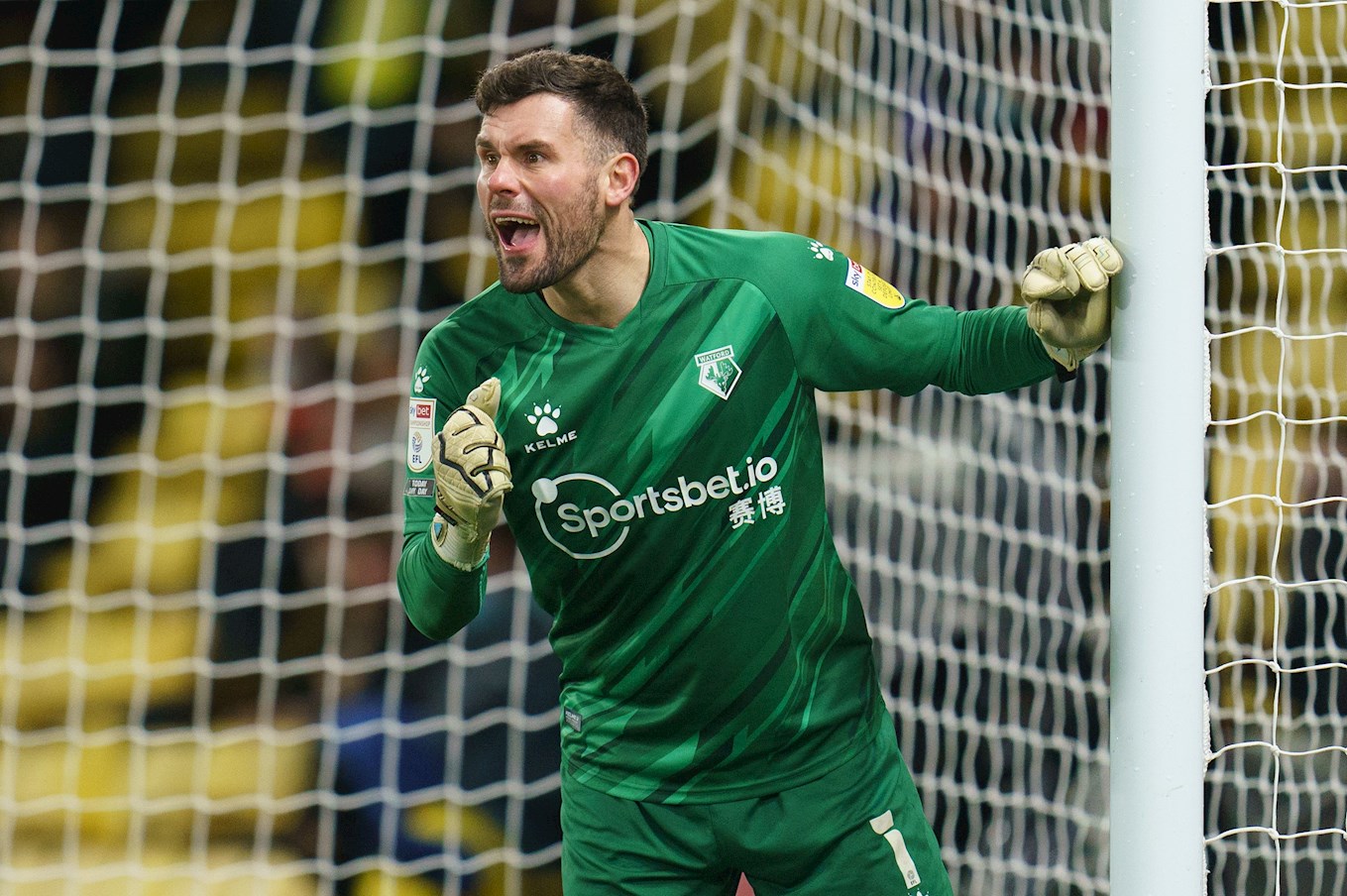 The 26-year-old midfielder first signed for Watford in 2012 on a season-long loan from then-parent club Chelsea. Chalobah played his part for the club as they reached the 2013 Championship Play-Off Final where they lost out to Crystal Palace.

Following other loan spells at the likes of Middlesbrough and Reading as well as a move abroad as he signed for Napoli on loan in 2015, he returned to Vicarage Road in 2017 signing a five year deal at the club. This season, the midfielder has played 18 Sky Bet Championship games, scoring one goal.

He is the brother of ex-Town loanee Trevoh Chalobah. 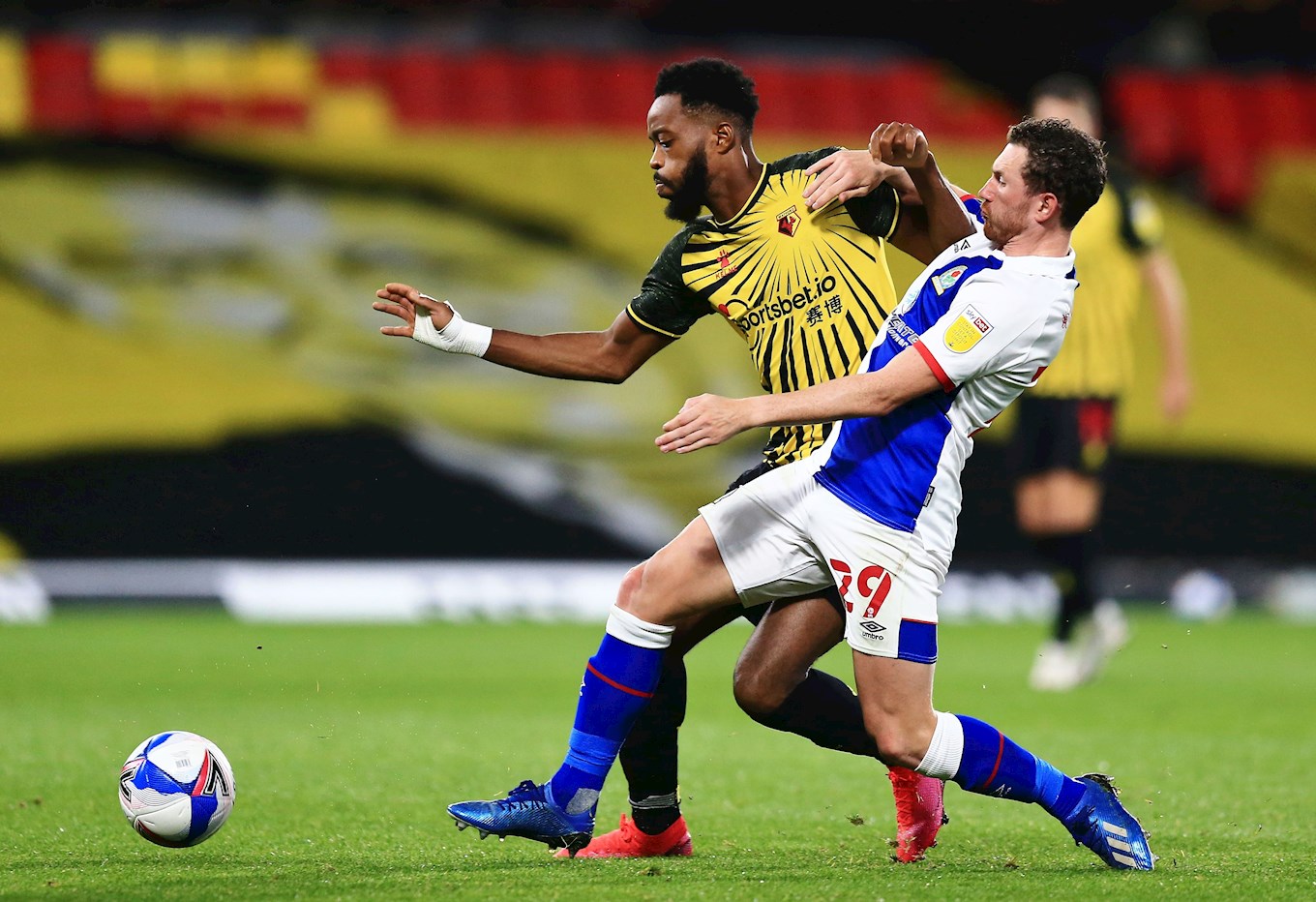 The young forward originally signed for Watford in January 2020 from Brazilian side Fluminense.

He made five appearances for Watford last season and has started to become a regular fixture in Vladimir Ivić’s side this season, having appeared 16 times in the Sky Bet Championship, scoring five goals.

He scored his first Watford goal on 26 September 2020 against Luton Town - the same day as his 19th birthday! 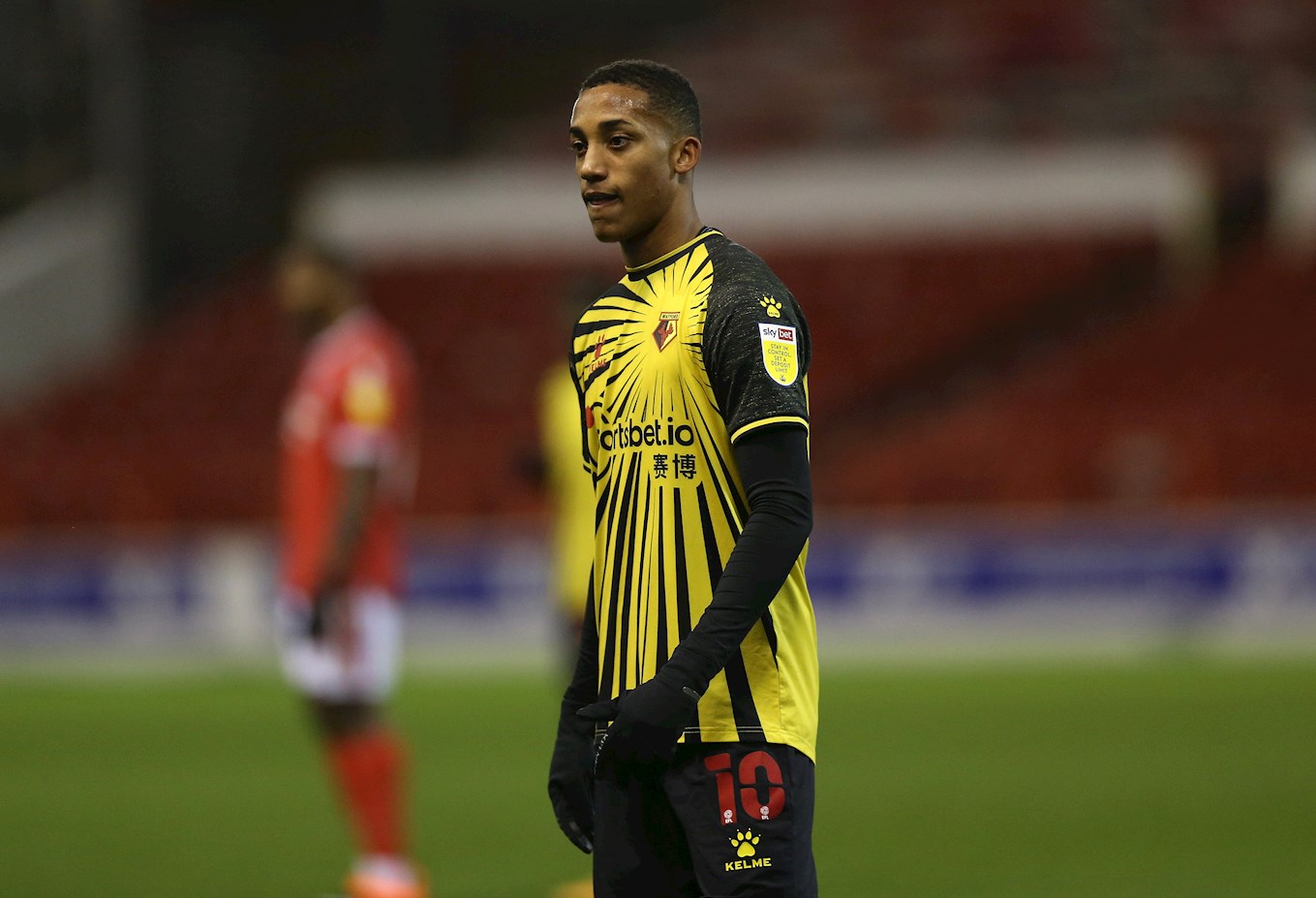 The two sides last met in April 2019 where The Hornets came out 2-1 winners courtesy of a Gerard Deulofeu double.

During the 2017/18 season, The Terriers achieved a league double over Watford. Town won 4-1 at Vicarage Road in December 2017 then went on to beat Watford again at the John Smith’s Stadium in April 2018 thanks to a late Tom Ince goal in a 1-0 win.

Carlos Corberán will give an update on his side’s fitness in his press conference on Friday 18 December 2020.

Huddersfield Town wrapped up all three points in the final game before Christmas with a 2-0 win over Watford in the Sky Bet Championship.

A Fraizer Campbell strike and an Etienne Capoue own goal was the difference as the Terriers picked up a fourth successive win at the John Smith’s Stadium.

Carlos Corberán named an unchanged XI for the visit of the Hornets with Jonathan Hogg captaining the side against one of his former clubs.

The only alteration to the match day squad came on the bench where 17-year-old winger Pat Jones came in off the back of an impressive scoring performance in the FA Youth Cup in midweek.

It was Town who were hotter from the off on a chilly December afternoon in West Yorkshire. Isaac Mbenza applied the heat to the Terriers’ showing early on with a powered effort skied over Ben Foster’s goal.

From the resulting goal-kick, the winger’s enthusiastic start led to a Town opener. Mbenza charged down Ben Foster’s clearance into the path of Frazier Campbell who finished the job by finding the empty net to give the Terriers the lead.

At the other end, Ryan Schofield’s reactions preserved the recently-taken advantage. The Town ‘keeper denied James Garner from close range with a smart stop moments before tipping Andre Gray’s close-range header behind.

Off the back of that, Town doubled the lead just after the half-hour mark. It was Mbenza who was the catalyst again, with a dangerous corner turned into from the Terriers’ no.18 turned into his own net by Etienne Capoue to make it 2-0.

Town were in their groove and were pushing for a third before half-time. Juninho Bacuna had an effort well-blocked by James Garner before Foster got down well to deny Harry Toffolo’s long-range strike.

After the break, the visitors started strongly in their pursuit of a route back into the game. Schofield again denied Andre Gray one-on-one before Capoue headed over from the resulting corner.

Moments after Capoue hacked over another attempt, Town substitute Alex Pritchard did the same at the other end after the ball had come to him on the half-volley, on the edge of the box.

The rain began to come down heavily as the encounter reached the closing stages in HD1. Just before three minutes were added on, Schofield stopped another Gray effort before Hornets skipper Tom Cleverley fired wide from the resulting corner.

That was the final opportunity of the game with referee Leigh Doughty’s whistle going soon after to confirm another win for the Terriers on home soil.

Next up for Town is a Boxing Day Yorkshire derby against Barnsley at Oakwell in the Sky Bet Championship on Saturday 26 December 2020; 3pm kick-off. 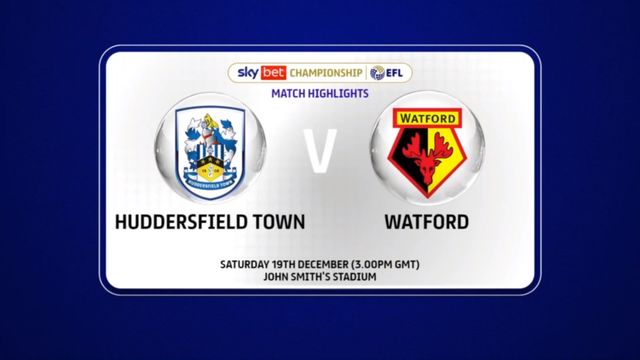 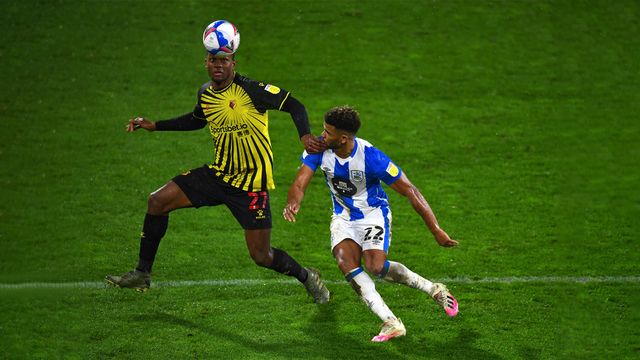