Huddersfield Town will be looking to make it back-to-back wins in the Sky Bet Championship when they face Sheffield Wednesday at the John Smith’s Stadium on Tuesday 8 December 2020; 7.45pm kick-off.

The Terriers go into the midweek clash off the back of an impressive 2-0 victory over QPR on Saturday afternoon.

That win meant that the Terriers are unbeaten in three on home soil having picked up seven points from a possible nine – a run which stretches back a month!

It’s not been the easiest of starts to the 2020/21 Sky Bet Championship campaign for Sheffield Wednesday. Prior to the start of the season, they were handed a 12-point deduction, which was later halved to six. 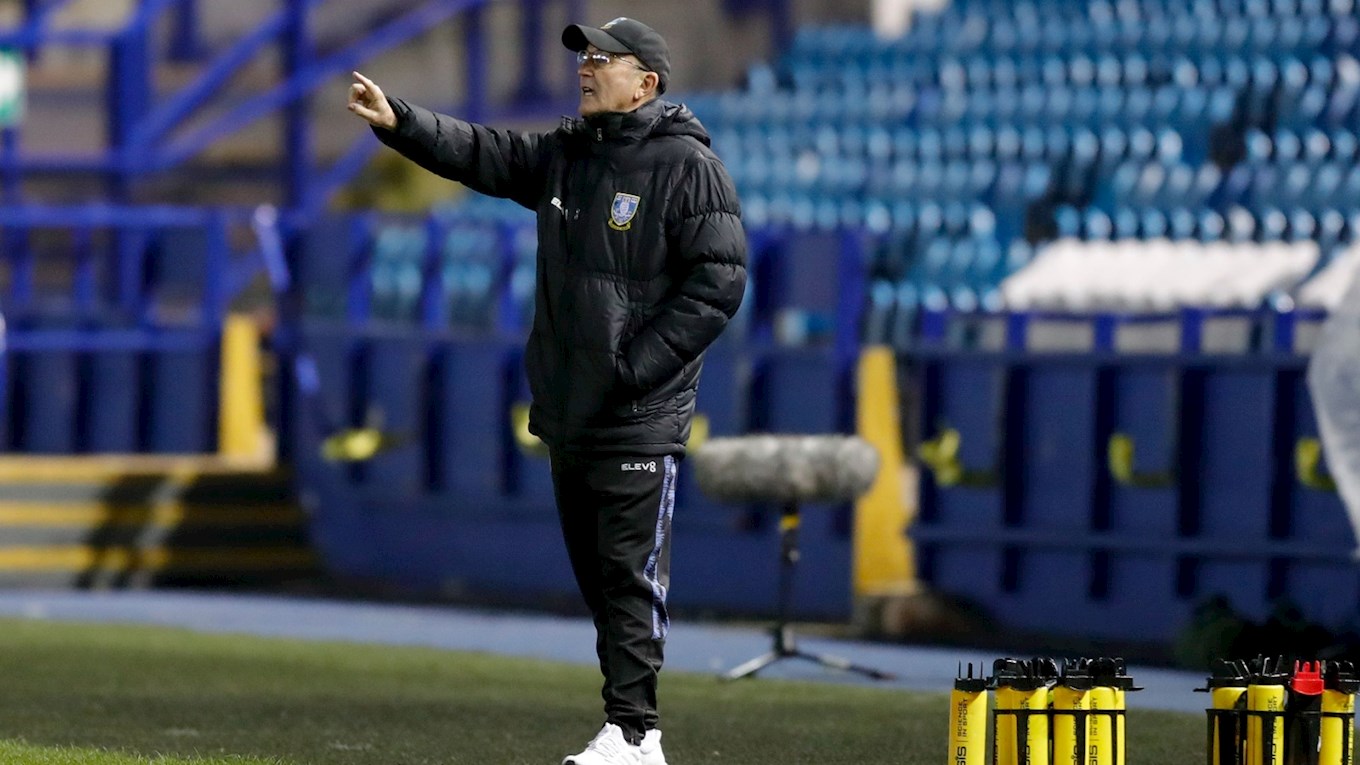 The Owls began the season under the guidance of Garry Monk and beat Cardiff City away from home on the opening day. However, Wednesday had only won three and drawn three of their first 11 matches, which saw Chairman Dejphon Chansiri make a change. At this point, with their six-point deduction, they were level on points with bottom club Derby County.

Shortly after, in came the vastly experienced Tony Pulis as his replacement. Following the international break, his first game at the Club ended in a 1-0 defeat to Preston North End.

His side drew the following three games, before being beaten by Norwich City 2-1 coming into this game; that means that Pulis is still searching for his first win as Wednesday manager.

The Owls go into Tuesday night’s encounter off the back of a 2-1 defeat to Norwich City. They were leading with just 10 minutes to go, but two goals in quick succession condemned them to defeat.

That means they are six games without a win, their last coming on Tuesday 3 November 2020 against AFC Bournemouth at Hillsborough.

They have picked up seven points from eight games on their travels this season – winning two and drawing one. Their last win away from Sheffield came on Saturday 17 October 2020 at Birmingham City!

As mentioned above, Town come into this game under a good vein of form at the John Smith’s Stadium, picking up seven points from a possible nine. The Terriers will be looking to win back-to-back Sky Bet Championship games for the second time this season! 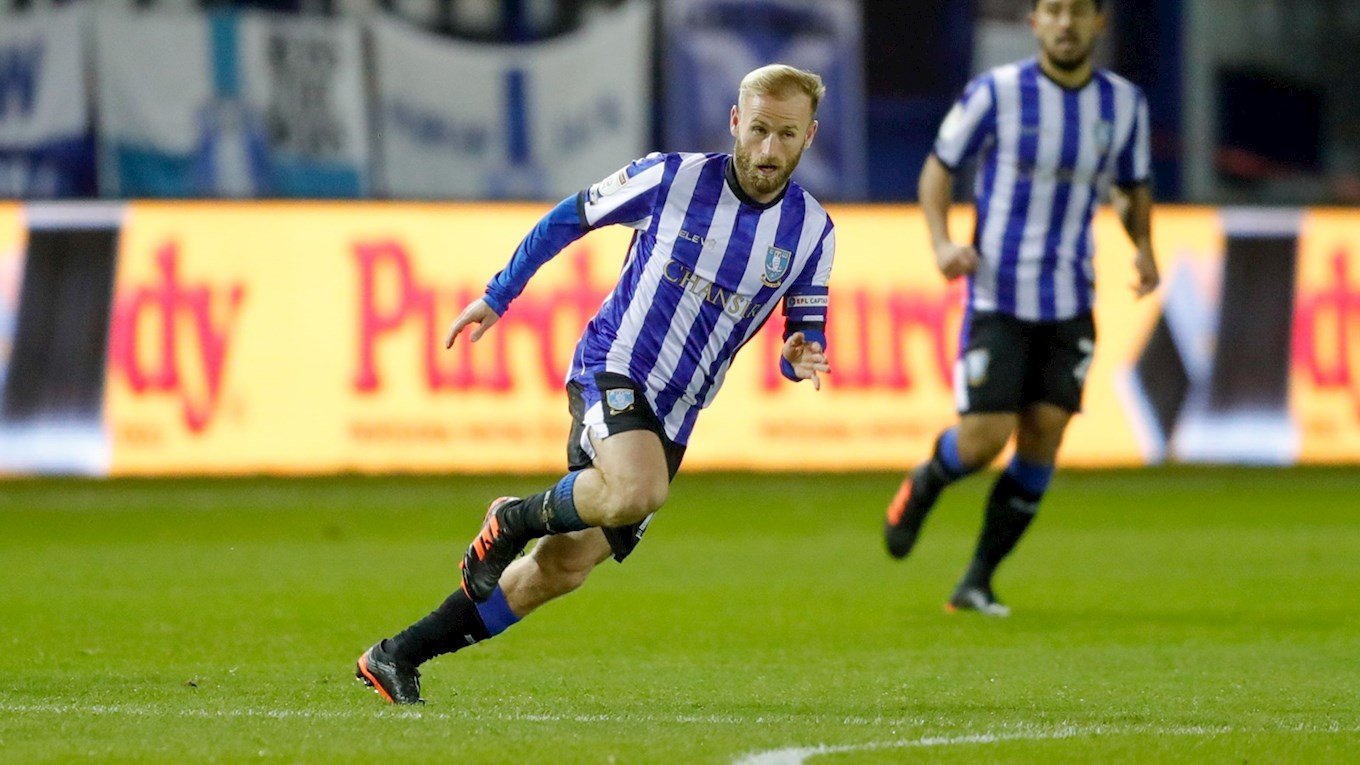 The Scottish midfielder has been a key figure for Sheffield Wednesday over the last five years making over 200 appearances for the Club.

The 31-year-old has been ever-present this season and has scored two goals. He also has one assist to his name. 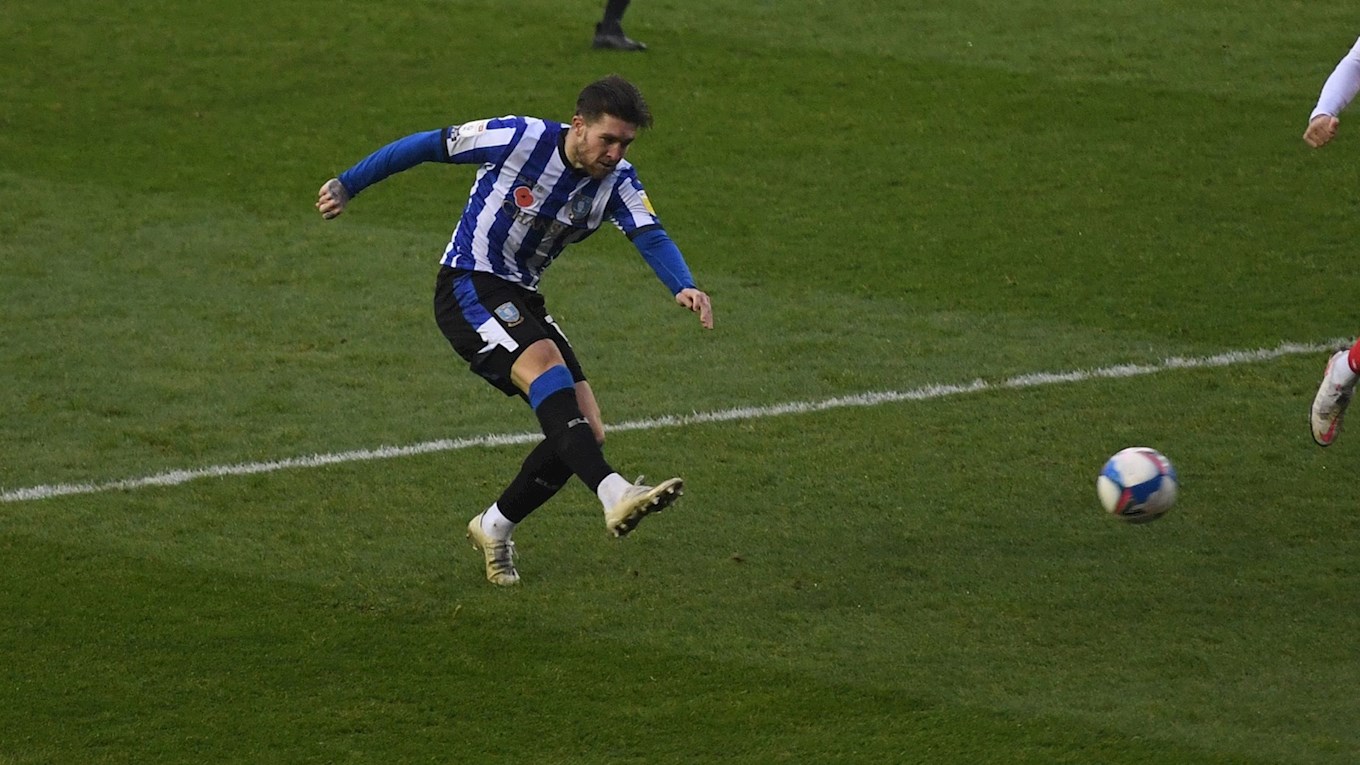 After a spell in Scotland with Rangers, Josh joined Wigan before signing for the Owls. On loan he scored three goals in nine games last year. So far this season, he’s Wednesday’s top scorer with three goals in all competitions. 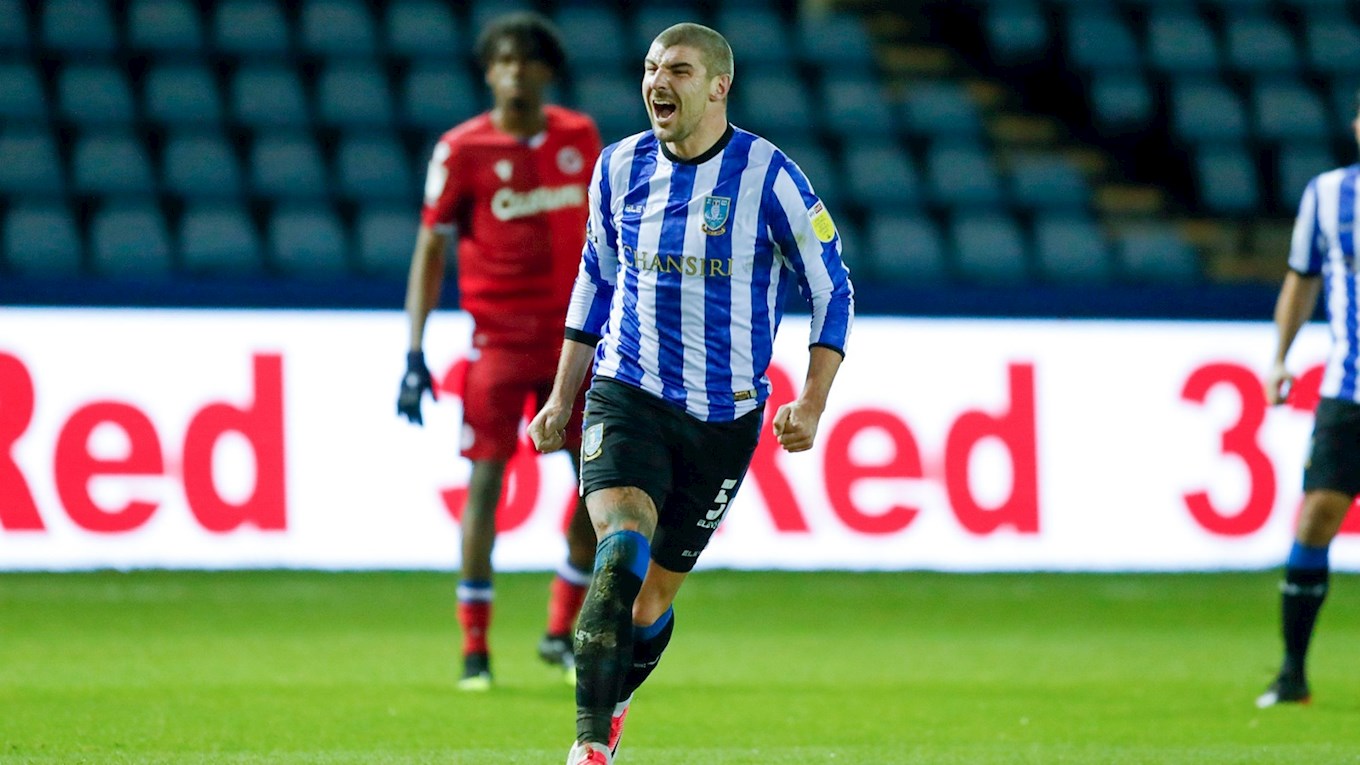 Paterson joined Sheffield Wednesday from Cardiff City this summer for an undisclosed fee.

The Scottish forward, who has in truth played pretty much everywhere during his career, was a defender at Hearts in the SPL before joining the Welsh side. It was at Cardiff where he progressed up the pitch to a midfielder and then striker.

At the Owls this year, he has mainly been used as a striker, but has also featured in midfield. He’s scored two goals so far this season.

Town edge the all-time record in the fixture, winning 25 of the 60 matchups between the sides, to Sheffield Wednesday’s 21, since the first competitive meeting back in September 1926.

Fortunes haven’t gone in the Terriers’ favour in recent times however, as Town haven’t beaten Wednesday in normal time since 2013! That day Martin Paterson and Adam Clayton were on the scoresheet before Conor Wickham scored a consolation goal.

Town did, however, beat Sheffield Wednesday at Hillsborough on penalties in 2017 in the Play-Off Semi-Final.

Our match is one of six games on Tuesday. Here’s the full list of games (all kick-offs 7.45pm unless stated)…

Carlos Corberán is waiting on the results of Christopher Schindler's scan to see the severity on the injury he picked up against QPR.

Romoney Crichlow and Álex Vallejo have both resumed First Team training, whilst Tommy Elphick and Richard Stearman continue working with the Medical staff.

Town will be sporting the famous blue & white stripes against Sheffield Wednesday with the Town Foundation logo on the front – CLICK HERE to get yours!

Huddersfield Town made it back-to-back wins at the John Smith’s Stadium following a 2-0 victory over Sheffield Wednesday.

First half goals from Josh Koroma and Isaac Mbenza were enough for all three Sky Bet Championship points in the Yorkshire derby.

Head Coach Carlos Corberán made just the one change to the starting XI from the weekend’s win over Queens Park Rangers four days earlier.

Rarmani Edmonds-Green came in to partner Naby Sarr in the heart of Town’s defence in place of injured skipper Christopher Schindler.

A fast start on Saturday set the tone on the way to three points and the Terriers followed suit again in the early minutes of the midweek encounter.

Pipa’s ball along the ground found its way to Josh Koroma at the back post following a smart dummy from Fraizer Campbell. The forward worked some space and picked out the bottom corner to register his sixth goal of the season on 11 minutes.

Moments later, a foul on Town’s no.19 led to a free-kick just outside the box that Isaac Mbenza stepped up to curl into the top corner to double Town’s lead.

The Terriers were well up for it and nearly had a third just after the half-hour mark after another wonderful sweeping move, but Koroma’s shot from just inside of the box drifted just over the bar.

At the other end, Wednesday’s first opportunity came courtesy of Tom Lees who connected with a corner and headed for goal, forcing Ben Hamer to get a hand to it and palm it away from the target.

Instantly after the break, Town had the opportunity to make it a three-goal lead after substitute Juninho Bacuna was brought down inside the box, but having got up to take it, the midfielder fired the spot-kick wide with Town’s advantage staying at two.

Off the back of the miss, the visitors pushed for a goal themselves to get back into the contest with a good block from Pipa diverting Kadeeem Harris’ effort from a tight angle inside the box on to the side-netting.

In the final 20 minutes, both sides began to cancel each other out as the Terriers looked to see out the game.

Despite that, it was Town who went closest in the final minutes, as an excellent whipped cross from Mbenza just evaded the run of Jaden Brown at the back post.

In the closing stages, former Terriers Elias Kachunga, Jordan Rhodes and Izzy Brown were all introduced from the Owls bench whilst Álex Vallejo replaced Mbenza for his Town debut on 83 minutes.

Vallejo put in a valiant cameo in the final minutes to help Town close out the game and seal a second win on home soil in the space of four days.

Next up for Town is a trip to the Vitality Stadium to face Sky Bet Championship leaders AFC Bournemouth on Saturday 12 December; 3pm kick-off. 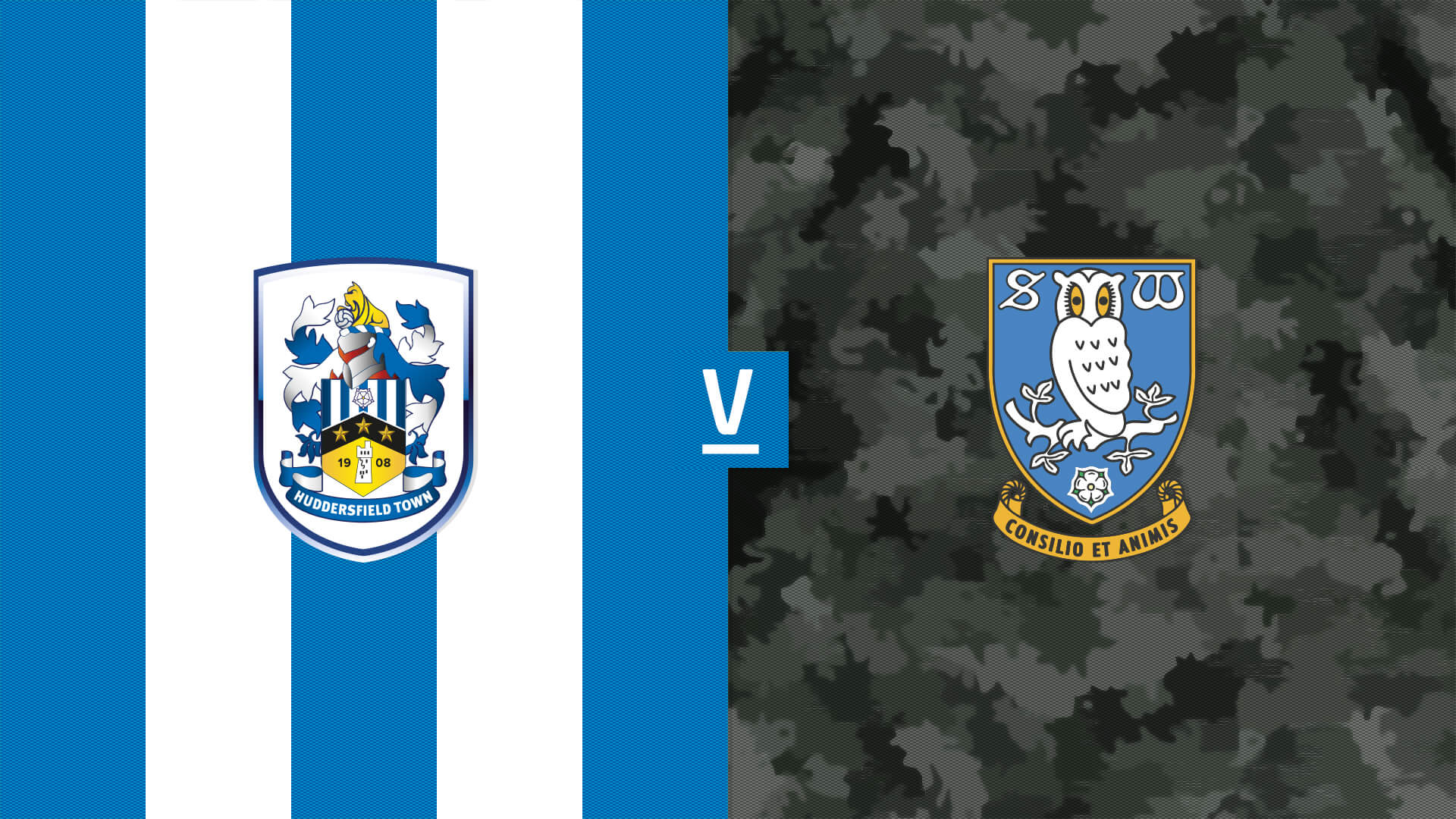 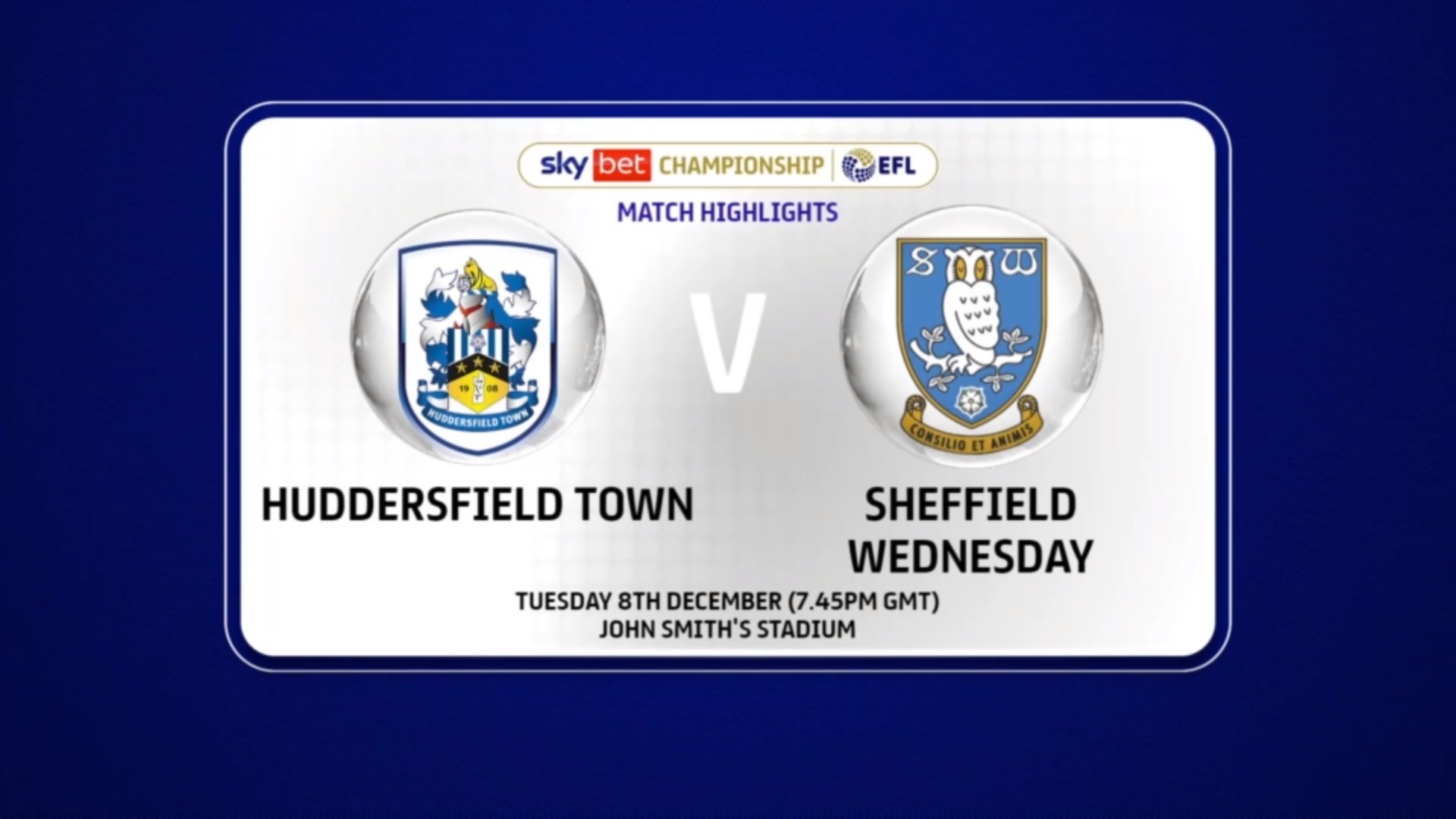 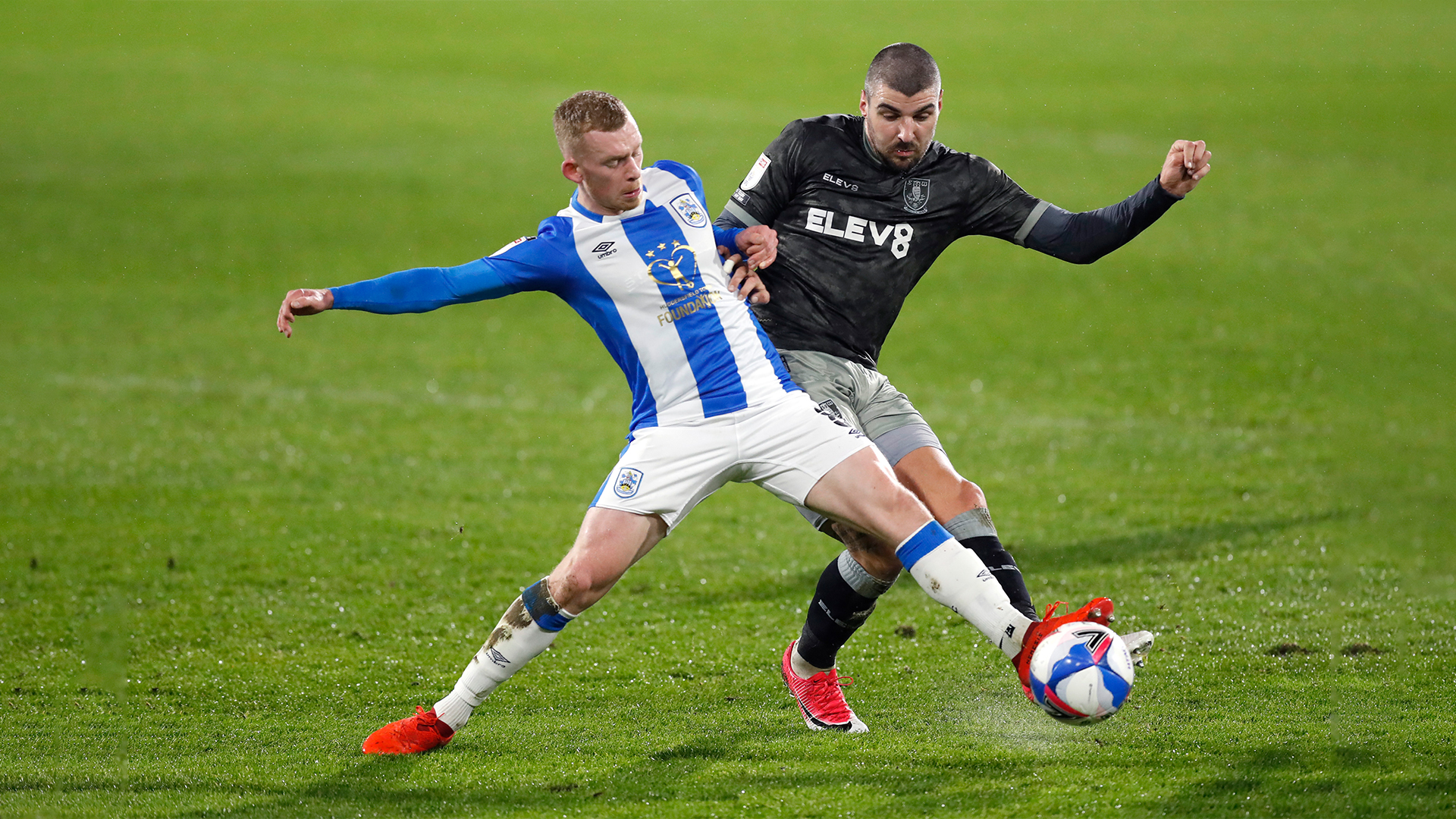