After a disappointing night in Wales ended in defeat to Cardiff City on Tuesday, the Terriers will aim to return to the form that saw them defeat Middlesbrough in their last home fixture.

Similarly, Rangers will want to get more points on the board after falling to a 2-1 home defeat at the hands of Bristol City in midweek; a game in which they felt they deserved more.

Former Brentford, Rangers and Nottingham Forest boss Mark Warburton took charge of the Hoops in May 2019 and steered his side to a 13th placed finish last season; 12 points from the Play-Offs and 10 above the relegation zone. 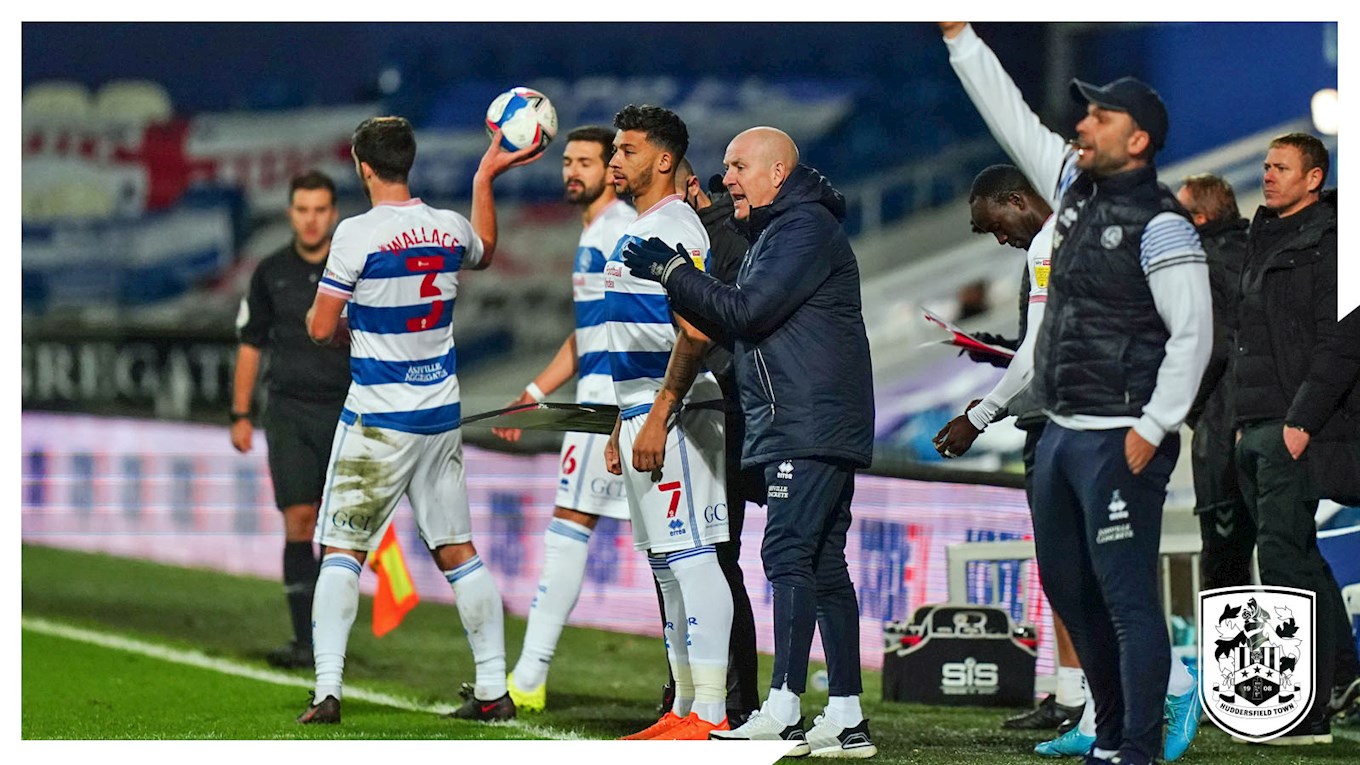 Their squad features a balance of players brought into the Club and Academy graduates, with 18 youngsters making their senior debuts in the last six years. The most notable player to progress through the ranks at the Club before earning a Premier League move was skilful attacking midfielder Ebere Eze, who now plays for Premier League Crystal Palace.

They will arrive in West Yorkshire just behind the Terriers in this season’s Sky Bet Championship table, having collected 17 points from the opening 15 games; one point fewer than Town.

Rangers did release some positive news this week, however, informing fans that they have purchased a site in Heston on which to build a new training ground that will host their First Team and Academy sides.

They’ve lost a tough last two games by the same 2-1 score-line; one in a London derby at Brentford’s new ground before the home defeat to Bristol City in midweek.

Their last two games on the road have also ended in defeat, with their last away win coming at Derby County on 4 November thanks to a late Macauley Bonne effort.

Rangers do have three wins and a draw in their last seven games, securing three-point hauls against Rotherham United (3-2 home win), Derby County and Cardiff City (another 3-2 home victory).

Their record this season is nearly identical to Town’s. They have one fewer point, having scored one goal less and conceded the exact same number of goals! 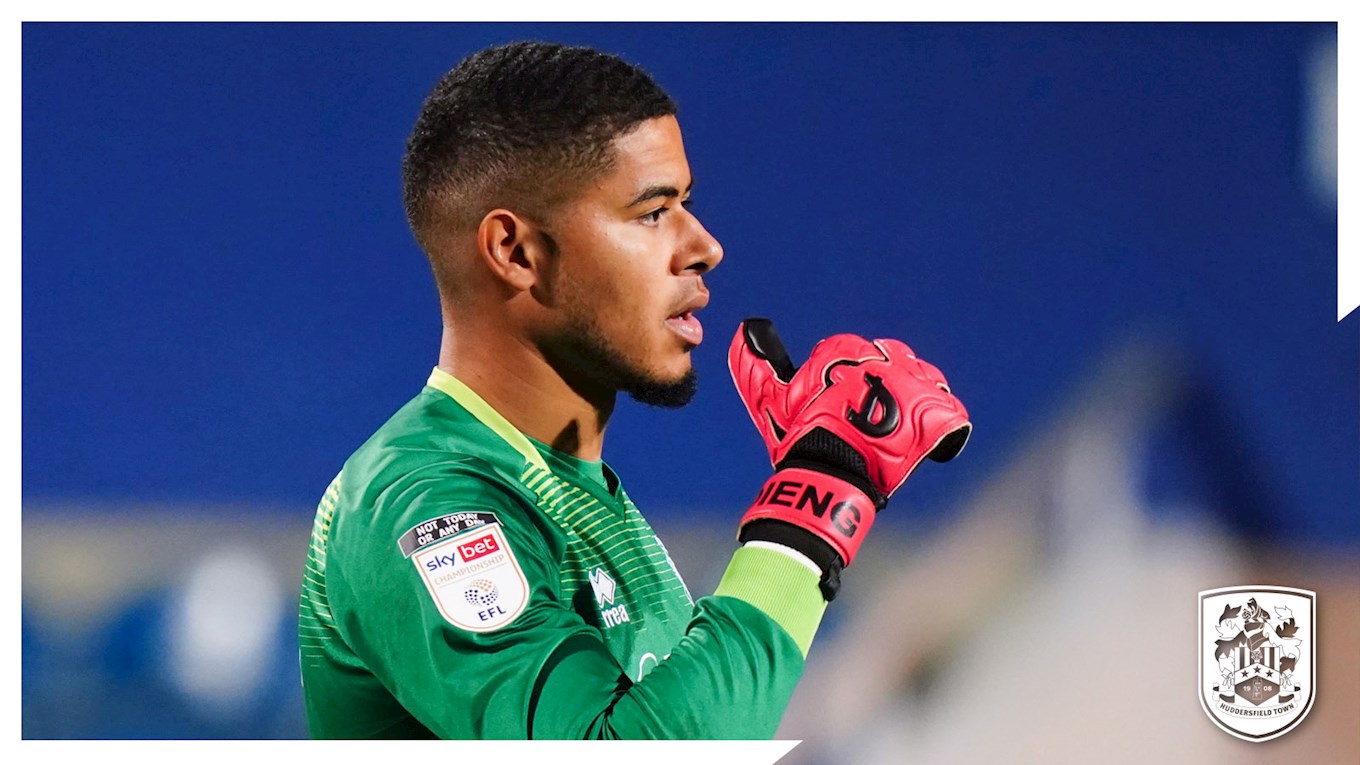 26-year-old Swiss born goalkeeper Dieng joined Rangers back in 2017, having played for Red Star Zurich, Grasshoppers and FC Grenchen in his native land before a move to Germany and MSV Duisburg.

He subsequently worked his way up the league pyramid through a series of loans at Whitehawk, Hampton & Richmond Borough, Stevenage, Dundee and Doncaster Rovers, before finally making his first league start for QPR in September this season.

He hasn’t looked back, and manager Mark Warburton described him as ‘outstanding’ in his post-match press conference after the defeat to Bristol City in midweek. 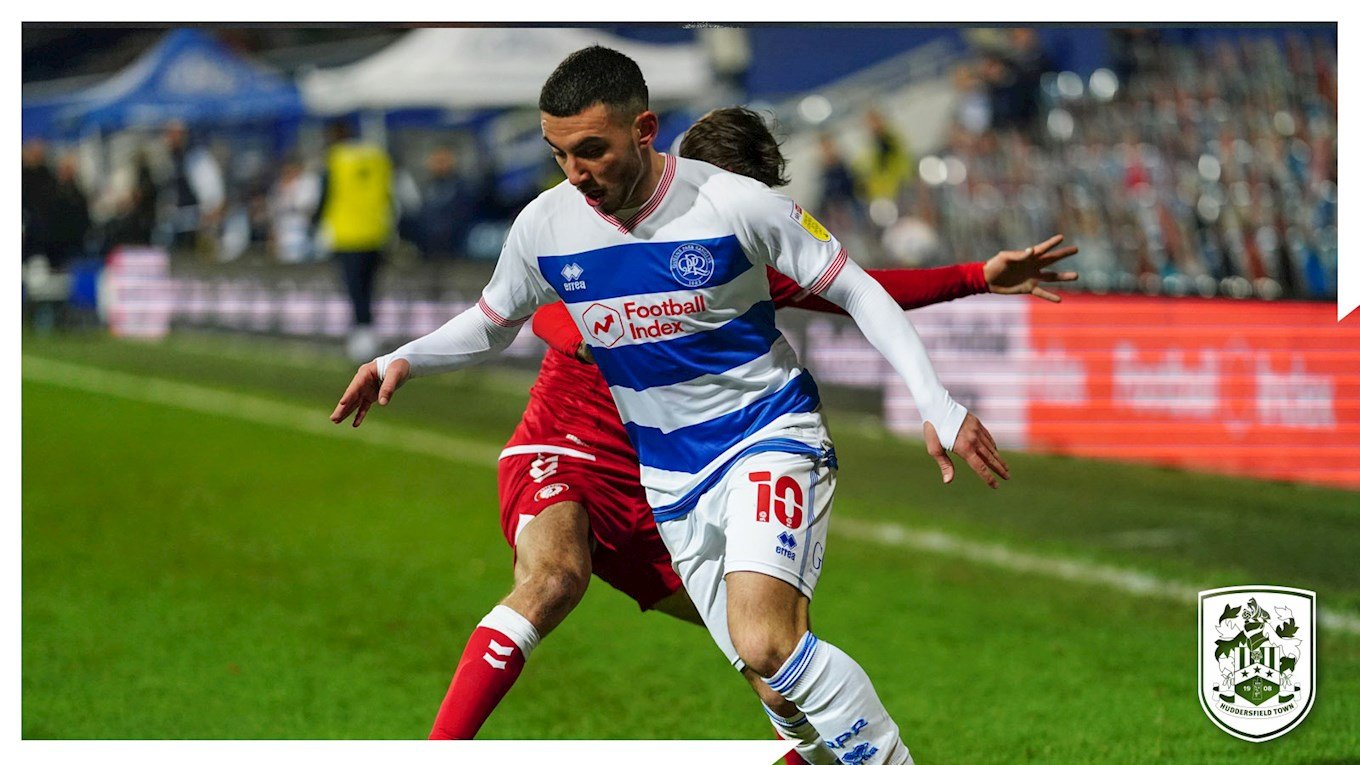 Born in Belgium but capped by Morocco at youth level, 23-year-old Chair joined the Hoops from Lierse after a successful trial in January 2017.

A diminutive figure at 5’ 2” tall, he has become a pivotal figure under Warburton’s management, playing in a central attacking midfield position or off the left side.

Chair is very technically proficient and is one of the key men at getting the ball into the opposition box for Rangers. He offers quality delivery from both wings but is a danger in open play too – looking to get between the full back and centre back as they attack the left side. 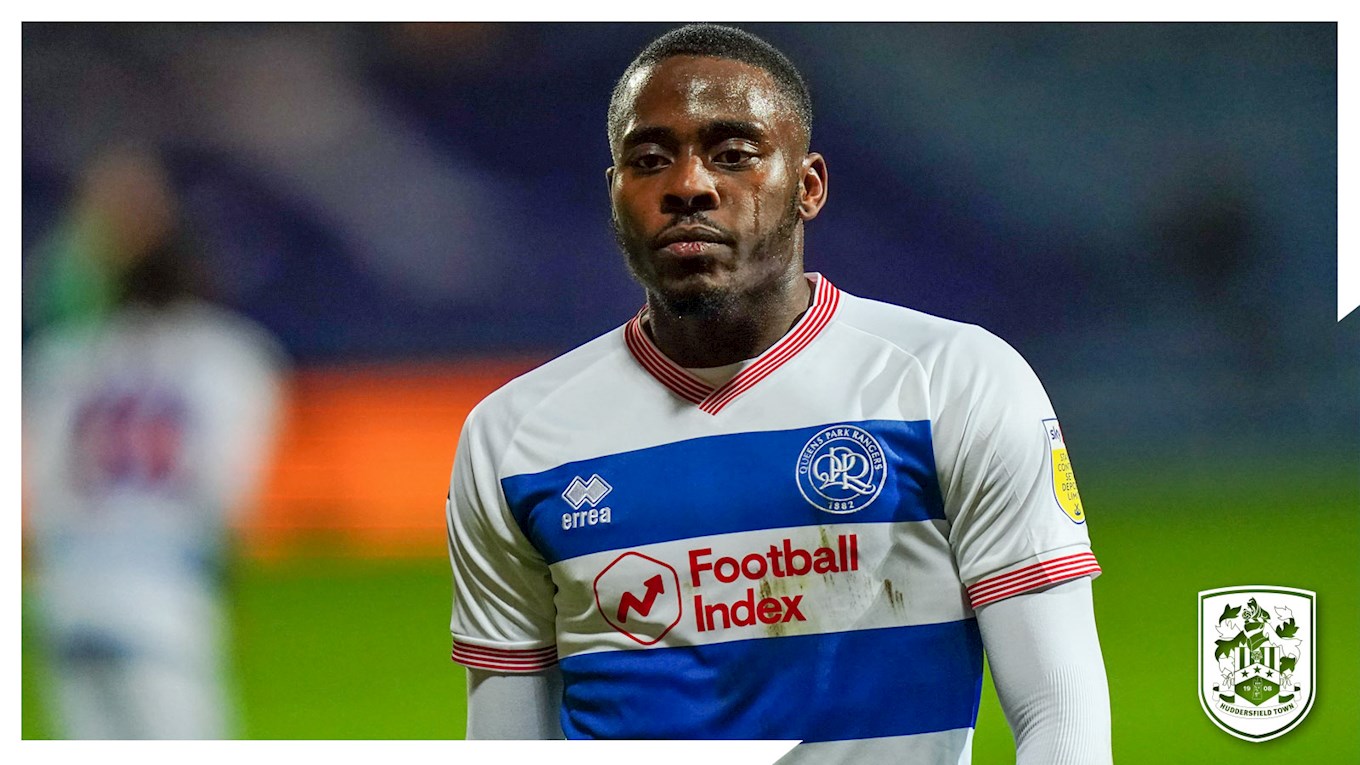 22-year-old winger Osayi-Samuel is one of the league’s hottest commodities, being consistently linked away from Rangers – and he’s delivering on the pitch for his current club.

Born in Nigeria, he joined QPR from Blackpool in 2017 and is now a regular in the Championship. Although he can play on the left, he’s most frequently deployed on the right wing, and has already notched two goals and three assists this season.

Bristol City manager Dean Holden picked him out for his performance against them in midweek, whilst Mark Warburton says he is ‘destined for the Premier League’.

Games between the two sides in the past are evenly split, with 13 wins apiece and nine draws.

Town have had the edge over Rangers in the last few years, winning three of the last four games and drawing the other. Town’s last defeat against QPR came in August 2015, when Tjaronn Cherry scored a late winner at the John Smith’s Stadium.

The Terriers were victorious in the most recent game between the two sides, winning 2-0 at the JSS in February thanks to goals from Elias Kachunga and Steve Mounié.

Carlos Corberán will detail the Terriers’ latest team news ahead of the game during his virtual press conference later this week.

Midfielder Geoff Cameron has missed the last two games due to a fatigue-related injury.

Town will be in the famous blue and white stripes on Saturday – click HERE to get yours!

A confident and free-flowing display from Huddersfield Town saw the Terriers overcome Queens Park Rangers 2-0 at the John Smith’s Stadium.

Carlos Corberán’s side picked up all three Sky Bet Championship points from the meeting with the Rs following first half goals from Josh Koroma and Harry Toffolo in West Yorkshire.

There were three changes to the XI from Wednesday night’s game in Cardiff, with Pipa most notably making his return from a hamstring injury that had kept him out since the November international break.

In attack, Isaac Mbenza and Fraizer Campbell returned to the Terriers starting line-up as Town went in search of a second successive home win.

The quest for that second victory at the John Smith’s Stadium in the last seven days couldn’t have got off to a better start as Josh Koroma spectacularly put the Terriers ahead in the fourth minute.

The forward drove in from the left flank and picked out the top corner with a curling effort to give Town the lead with our earliest goal so far this season.

That goal was close to being one of a pair of early strikes for Town, only for the outstretched hand of Seny Dieng who diverted Harry Toffolo’s effort away from the bottom corner.

Town’s enthusiastic start continued into the midway point in the half as Josh Koroma tried to double his and Town’s tally for the day with a carbon copy of his early effort, but this one flighted just over the crossbar.

At the other end, Ben Hamer was called into action for the first time just after the 20-minute mark. Former Town loanee Chris Willock tried his luck from range but Hamer was equal to it with comfort.

The Terriers were showing no signs of slowing down from a near perfect start and put together another impressive move in search of a second.

This time it was Fraizer Campbell on the end of it, but his driving effort on his way into the box was gathered by Dieng.

Having built that attack down the right, the next came down the left and saw Town double the lead shortly before the break.

Koroma and Toffolo linked up well once again, with the former slipping in the latter who swept home to make it 2-0 with his second goal of the campaign and first for Town at the John Smith’s Stadium.

It was Koroma involved again with the Terriers’ final opportunity before the break, having an effort blocked from inside the box, after the ball had ran away from Carel Eiting’s path.

After the break, Koroma was inches away from stretching the advantage, as Pipa’s cross from the right just evaded his run at the back post moments before Lewis O’Brien saw an effort dug out from under his feet tipped around the post by Dieng.

As Town’s search for a third goal of the afternoon continued, the visitors looked to get themselves back into the encounter with just over 10 minutes left to play.

After a short stoppage due to an injury that forced Town skipper Christopher Schindler off with an injury, Yoann Barbet went close for the Rs.

It took an alert Toffolo block to divert Barbet’s well-struck goal-bound effort away from the target, following a smartly taken corner from the left.

In what had been a relatively quite second half following a frantic first 45 minutes, seven minutes were added on as the Terriers looked to see out the encounter.

With the sleet now persistently coming down in West Yorkshire late on, Town finished the job off to get back to winning ways in the Sky Bet Championship.

Next up for Town is a second Sky Bet Championship home game in the space of four days when Sheffield Wednesday are the visitors to the John Smith’s Stadium for a Yorkshire derby on Tuesday 8 December 2020; 7.45pm kick-off. 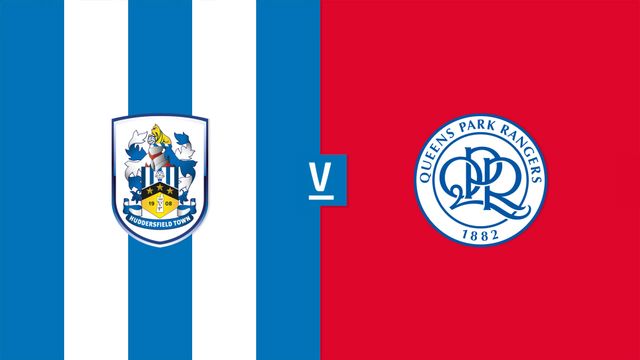 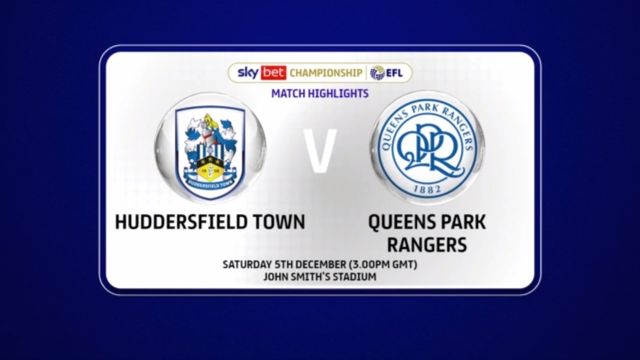 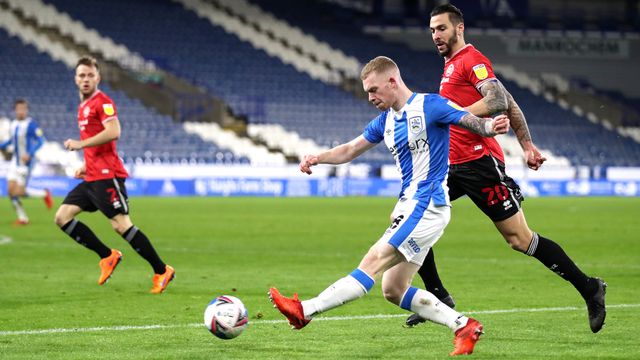