Huddersfield Town return to action with the visit of Blackburn Rovers to the John Smith’s Stadium in the Sky Bet Championship on Tuesday 29 December 2020; 7.45pm kick-off.

The Terriers will be looking to bounce back from a late defeat on Boxing Day at Barnsley with a fifth successive win on home soil.

Tuesday’s game is Town’s final match of the calendar year and first of three straight games at the John Smith’s Stadium over the next few weeks.

Tony Mowbray’s side make the trip over the Pennines looking to build on their place in the top half of the table approaching the midway point in the season.

Off the back of an 11th place finish last season, Rovers occupy the same spot through the first 21 games of the current campaign.

The Lancashire side have racked up 29 points so far this season and sit just a point ahead of Town prior to Tuesday evening’s meeting.

Despite their current mid-table position, the Rovers are the division's joint-top scorers so far in this campaign with 35 goals in their scoring column.

Blackburn are also in mid-table in the Championship’s away form table for this season but will be hoping to improve on their recent away form during their trip to West Yorkshire, with just one win in their last six on their travels.

Carlos Corberán’s side go into the final fixture of 2020 looking to build on a strong run at the back end of the year on home soil.

The Terriers have won each of the last four games in HD1 and are unbeaten in five ahead of Tuesday’s visit of the Rovers.

As for the visitors, they have impressed on the whole since the last international break in November, losing just three of their ten matches since.

Having originally gone five games unbeaten following that break, Mowbray’s side endured a small stumble with three losses in four earlier this month but impressed last time out against Sheffield Wednesday and were unfortunate not to come away with more from their 1-1 draw with the Owls on Boxing Day.

The Rovers forward has been in fine form so far this season and already has 15 league goals to his name.

That tally is bettered only by Brentford’s Ivan Toney in this season’s Sky Bet Championship (16), whilst he has contributed directly to just over half of his side’s goals in the league so far this season (51.4%).

Having originally moved to Ewood Park on loan from Newcastle United in January 2018 before signing permanently that summer, it’s the 23-year-old’s fourth season with the Club in which he has now scored 51 goals in 139 appearances for, across all competitions.

Tuesday’s meeting will be our 92nd with the Rovers since the first nearly a century ago, in February 1921.

It’s the visitors who have the edge in the fixture’s history with 33 wins to our 24 (34 draws), but our recent form in the encounter has seen us go unbeaten in our last eight against the Rovers.

The game will be exactly a year on from our last meeting in the corresponding fixture in the Sky Bet Championship last season, in which goals from Jon Gorenc Stanković and Steve Mounié saw us come from behind to claim a 2-1 victory at the John Smith’s Stadium.

Our game is one of 11 fixtures in this midweek round of Sky Bet Championship matches. Here’s the full slate with all games 19:45 GMT kick-off unless stated. Millwall’s game against Watford has been postponed due to an outbreak of Covid-19 in the Lions’ squad.

Town will be in the blue-and-white striped home kit with the Kirklees College logo on the front for the visit of the Rovers – CLICK HERE to get your home shirt!

Huddersfield Town rounded off the calendar year with a 2-1 victory over Blackburn Rovers at the John Smith’s Stadium.

The win was the Terriers’ fifth on the bounce at the John Smith’s Stadium and sixth successive game unbeaten on home soil.

Like on Boxing Day, it meant that the only change came on the bench where Matty Daly returned to the match day squad in place of Adama Diakhaby who missed the game with a foot injury.

Prior to kick-off in the Terriers’ final game of 2020, there was a minute’s applause to remember all the Town supporters and players who have sadly passed away this year.

Upon the game’s start, it was the visitors who had the earlier of the game’s chances. The first two of which went the way of Harvey Elliott who forced a good block out of Harry Toffolo, moments before driving over Ryan Schofield’s crossbar with a speculative attempt.

At the other end, Pipa fired Town’s first effort wide at the near post before two quickfire efforts on goal from Juninho Bacuna forced Rovers ‘keeper Thomas Kaminski into his first action of the evening to keep the pair of fierce efforts out.

For Town, Ryan Schofield was also playing his part in maintaining the deadlock in the encounter. The ‘keeper got down superbly to keep out Adam Armstrong’s powered effort at goal after Bradley Johnson’s original effort was blocked.

Openings at both ends continued into the closing stage of the half. After Armstrong had once again gone close hitting the side-netting, Toffolo repeated the feat at the other end, firing a first-time effort just wide of the goal with the final opportunity of an entertaining first 45 in West Yorkshire.

After the break, the Terriers got straight on to the front foot and were rewarded with the opener.

Isaac Mbenza’s corner from the left picked out Naby Sarr who rose highest to plant a header into the bottom corner to put Town 1-0 up.

The opener looked to give Town even more confidence going forward as Carel Eiting curled an effort from the edge of the box as the Terriers went in search of some breathing room.

Toffolo and O’Brien continued to combine neatly down the left side as Town put together another swift attacking move on 74 minutes.

This time, it was the former with the strike, dragging wide after the midfielder had smartly found him with a flick.

For all of Town’s pressure on goal, the visitors made an attack at the opposite end count to level the scores inside the final 10 minutes.

Armstrong’s fizzed cross into the area from the left fell at the feet of Sam Gallagher who was in the right place at the right time to find the net with the equaliser.

But Town weren’t done there and as the game ticked over into five minutes of stoppage time, the Terriers found the all-important winner.

A perfectly flighted pass from Pipa found the feet of Sarr following a cleared free-kick, with Town’s no.23 keeping his composure to pick out the top corner with his second of the game to win the game and spark wild scenes at the John Smith’s Stadium.

Carlos Corberán’s side navigated their way through the remainder of the encounter to round off the calendar year with a fifth successive win on home soil.

Next up for Huddersfield Town is the visit of Reading in the Sky Bet Championship on Saturday 2 January 2021; 3pm kick-off. 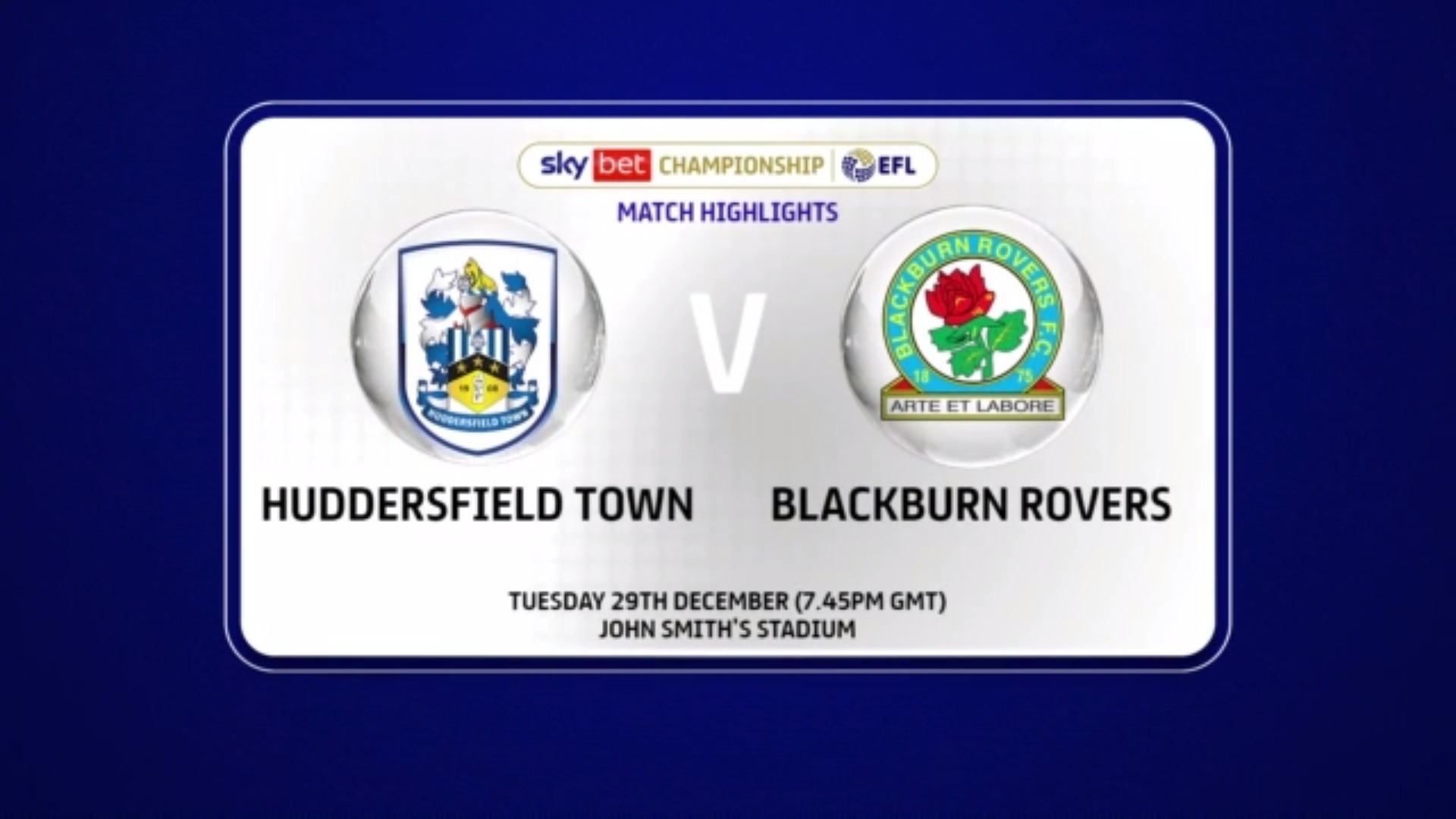 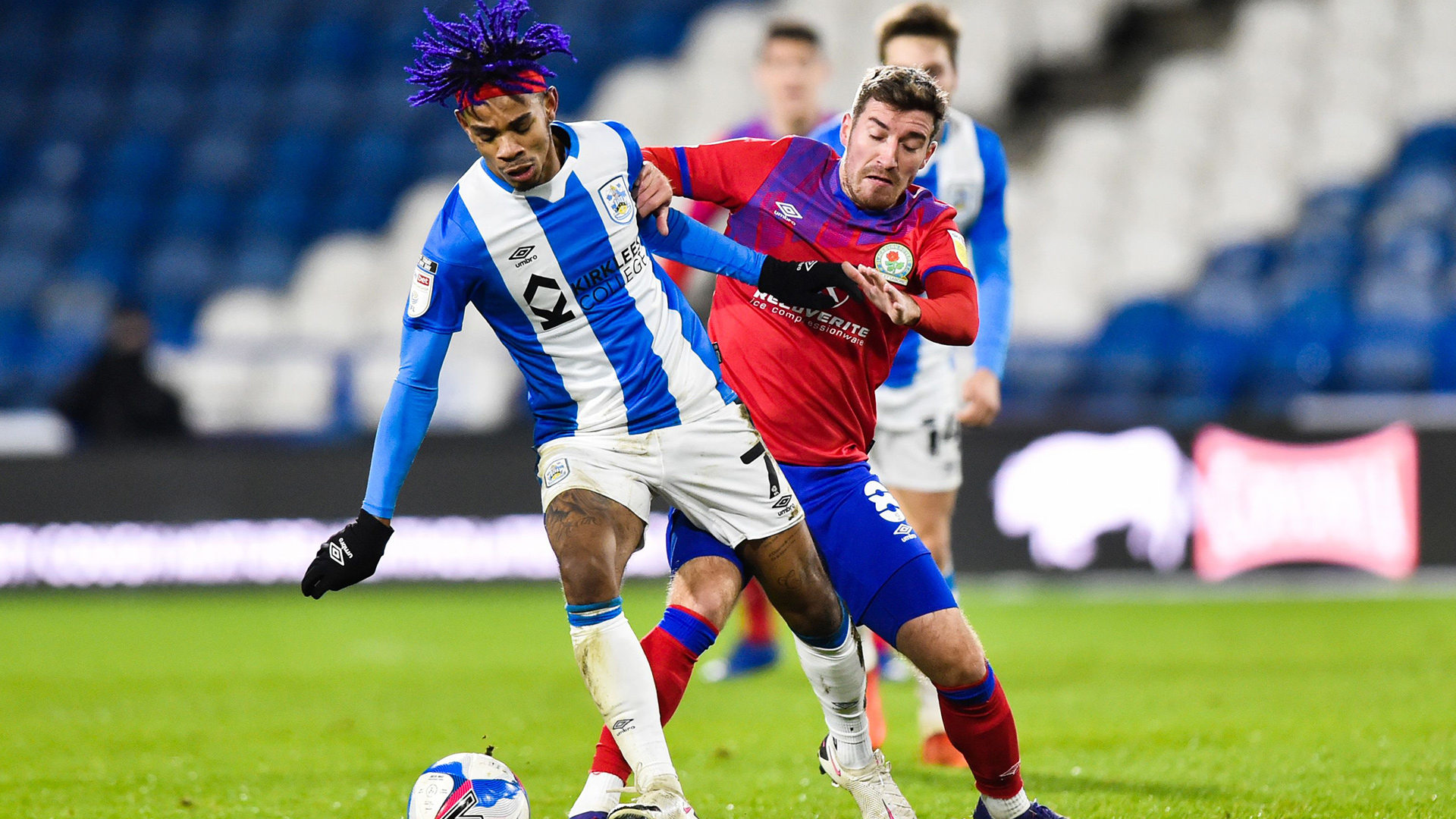