All you need to know ahead of Wednesday night’s game

Huddersfield Town will be looking to get back to winning ways in the Sky Bet Championship when they face Coventry City at St. Andrew’s on Wednesday 16 December 2020; 8pm kick-off.

The Terriers go into the midweek clash off the back of a disappointing performance against AFC Bournemouth.

Despite that result, Carlos Corberán’s side has won three of its last five games!

Coventry City topped the 2019/20 Sky Bet League 1 table picking up 67 points from 34 games, which ended their eight-year spell away from the second-tier of English football.

Mark Robins’ side will host Town sat in 18th in the Sky Bet Championship after collating 21 points; that’s three less that the Terriers. 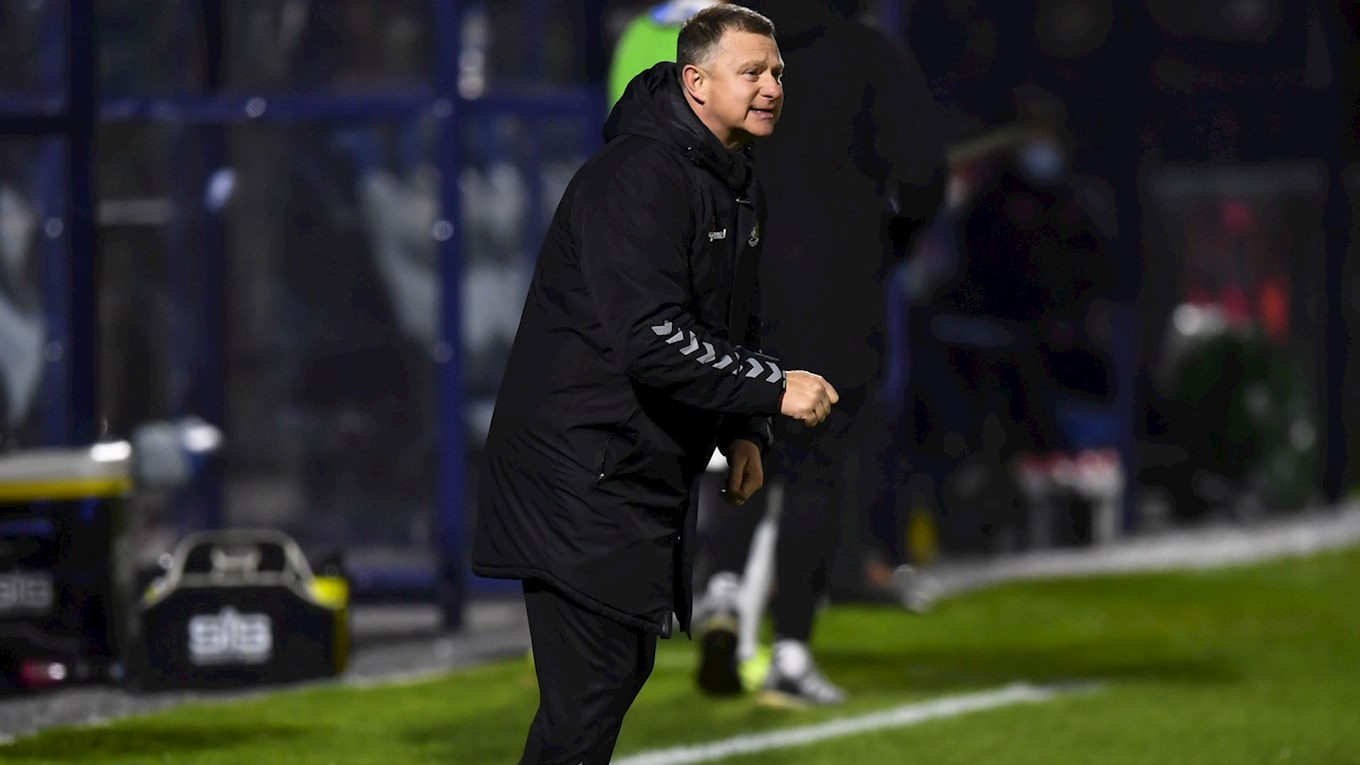 They come into this game, though, unbeaten in seven matches – winning three and drawing four.

It’s also at St. Andrew’s, the ground they’re currently sharing with Birmingham City, where they’ve been strongest! They have won four of their five matches this season on home soil and have the ninth best form in the league at home.

As mentioned above, the Sky Blues are in a good vein of form at the moment as they’re unbeaten in their last seven games.

They come into this match off the back of a 2-1 win away at Wycombe Wanderers.

At St. Andrew’s they’ve picked up 11 points from their last five matches and haven’t been beaten on home soil since 24 October 2020.

Town, on the other hand, come into this game off a disappointing result against AFC Bournemouth.

The Terriers’ last away win came right at the end of October against Millwall and have picked up eight points on their travels this season.

20-year-old left-back Sam McCallum started his career in non-league with Herne Bay before moving to Coventry City. He was picked up by the Sky Blues after being in Jamie Vardy’s V9 Academy.

After impressing for the Sky Blues, he joined Norwich City before being immediately loaned back for the remainder of the 2019/20 campaign.

He is now in his second loan spell with Coventry City and has been a regular for Mark Robins this season. 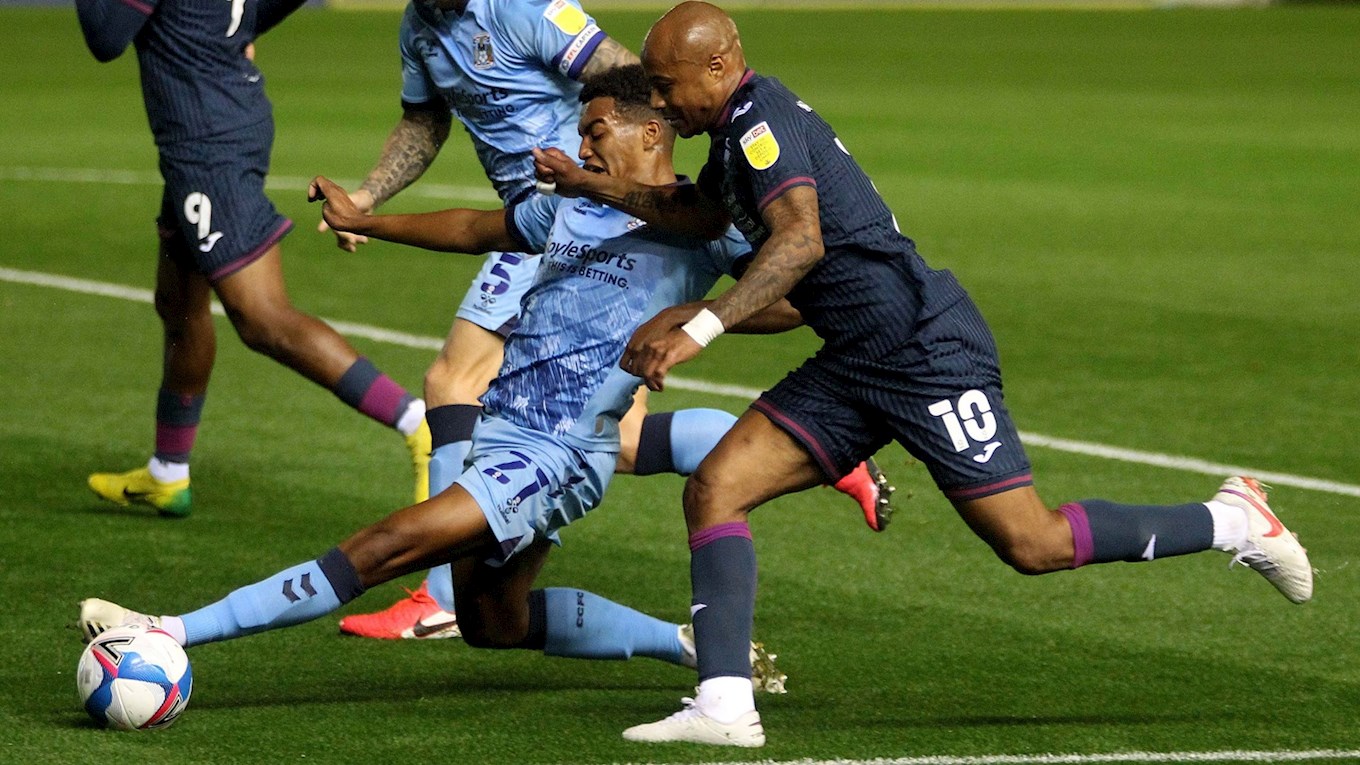 Brazilian defensive midfielder Gustavo Hamer has been Coventry’s stand-out player so far during the 2020/21 campaign.

The 23-year-old came through the youth ranks at Feyenoord before making the switch to fellow Eredivisie side PEC Zwolle.

He joined Coventry this summer and has bagged three goals this season, alongside setting one up for his teammates. 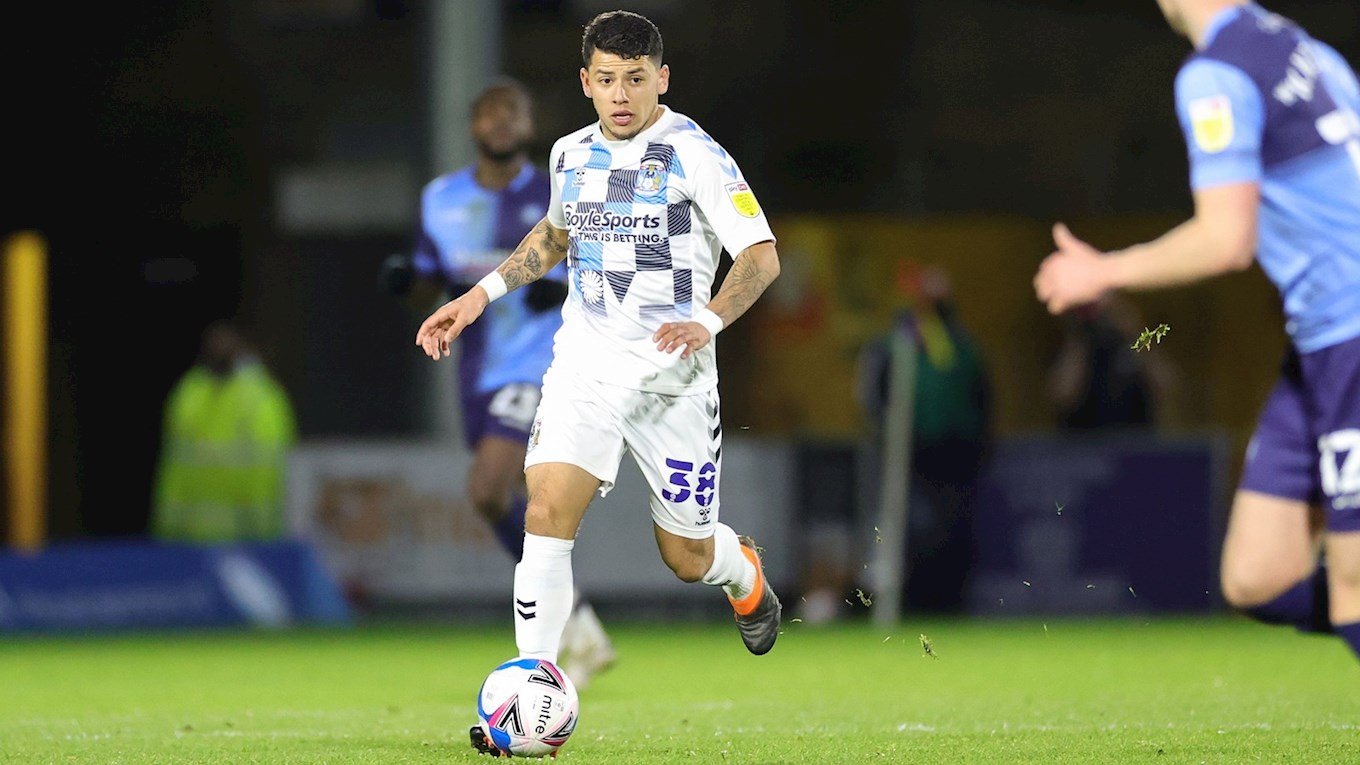 The 24-year-old striker joined Coventry this summer from Nottingham Forest and has scored three goals so far this season.

The pacey, athletic forward came through the Tricky Trees’ Academy and has been on six loan spells, alongside featuring for the East Midlands club, before joining the Sky Blues. 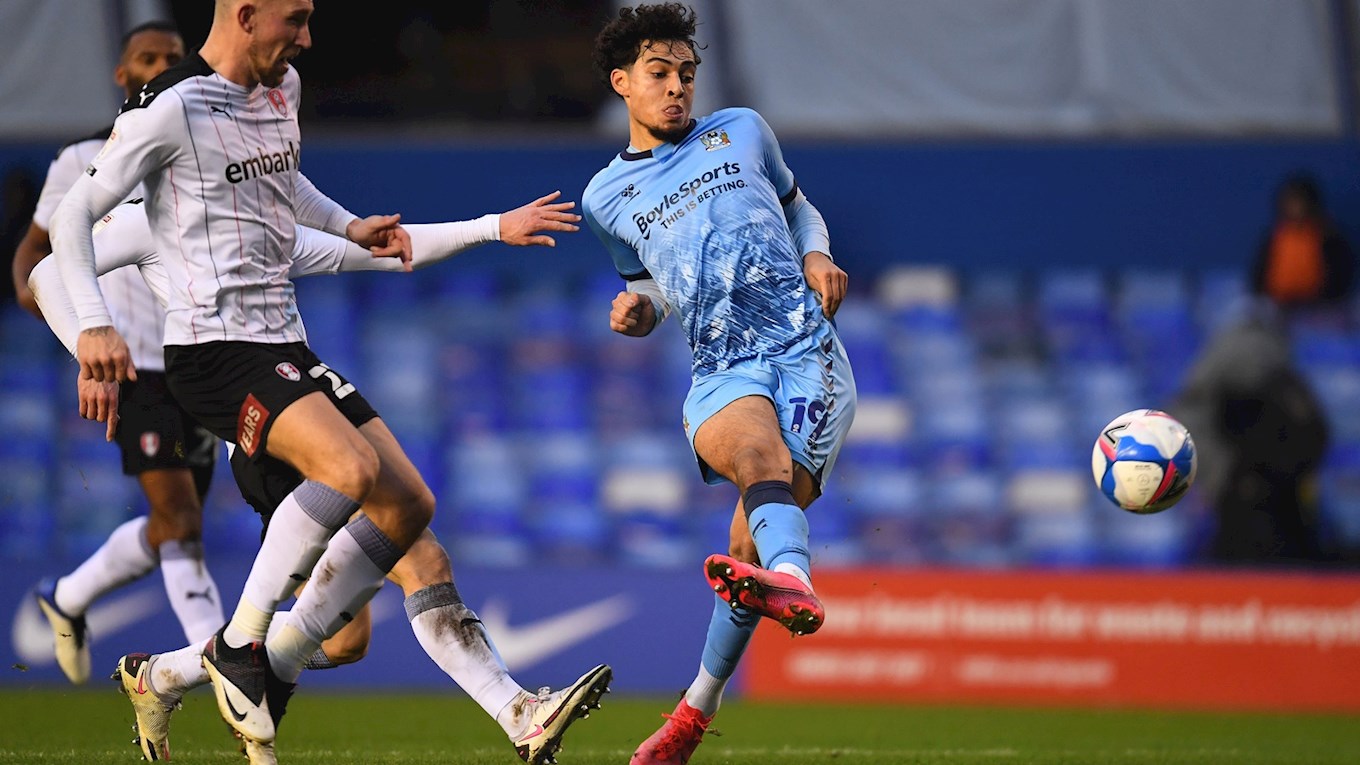 Remarkably, Town and Coventry have only met 15 times in all competitions!

The Terriers edge the all-time record in the fixture, winning eight of the matchups between the sides, to Coventry’s five, since the first competitive meeting back in November 1919.

The last time the two sides met was all the way back in August 1977 when Town lost 2-0 in the League Cup. The pair haven’t met in the league since April 1972!

Our match is one of six games on Wednesday night. Here’s the full list of games:

Carlos Corberán will give an update on his side’s fitness in his press conference on Tuesday 15 December 2020.

Town will be sporting the red away kit against Coventry City with the Kirkwood Hospice logo on the front – CLICK HERE to get yours!

The match is also available on Sky Sports Arena.

Huddersfield Town played out a 0-0 draw with Coventry City at the St Andrew’s Trillion Trophy Stadium.

Isaac Mbenza came closest for Town, hitting the side-netting after going round the Coventry goalkeeper in the first half, but the points were shared in the Sky Bet Championship meeting with the Sky Blues.

Carlos Corberán made six changes to the Town side as the Terriers looked to bounce back from Saturday’s defeat, in the Midlands.

Among those was Ryan Schofield who came in to take the gloves in goal whilst Jonathan Hogg returned from injury to captain the side.

Returning to St Andrew’s for the third time in 2020, it was the Terriers who registered the game’s first clear-cut chance.

Sporting the Kirkwood Hospice logo on their red away shirts, Town went close through Isaac Mbenza who forced Coventry ‘keeper Ben Wilson into a low diving save to deny his curling effort that was angling for the corner.

At the other end, the hosts crafted out their first real opening on goal swiftly after. Coming on the counter, Gustavo Hamer powered forward before firing over the crossbar on the run.

In what was turning into an end-to-end affair inside the opening 20 minutes after a relatively quiet start initially, Mbenza again was in on goal and probably should have scored.

The forward had the option to square it to Juninho Bacuna but instead went alone and around the goalkeeper before hitting the side-netting with his shot.

That flurry of chances as the game approached the midway point in the half was followed by a period in which the sides cancelled each other out at St Andrew’s.

In the minutes before the break, the hosts’ Jamie Allen produced a good save out of Ryan Schofield from long-range, with the ‘keeper getting down well to keep the effort out on his return to the starting XI.

Having gone into the break deadlocked, the encounter remained tightly fought with chances hard to come by again early in the half.

Despite Town having the majority of the ball, the hosts were continuing to frustrate the Terriers with a structured defensive shape when out of possession.

Having absorbed the majority of the game’s pressure in the second 45, it was the hosts who were just inches away from taking the lead as the contest entered its closing stages.

Rarmani Edmonds-Green superbly cleared the ball off the line after Fankaty Dabo had won the ball off Harry Toffolo high up the pitch.

That opportunity at one end was the catalyst for Town’s best of the half soon after on the attack. Determined work from Carel Eiting worked a chance on goal for substitute Alex Pritchard who had his goal-bound effort parried away by Wilson.

They were the closest either side came to the all-important goal in the second 45 as the deadlock remained intact at the final whistle with the Terriers taking a point from the contest at St Andrew’s.

Next up for Town is a return to the John Smith’s Stadium to face Watford in the Sky Bet Championship on Saturday 19 December 2020; 3pm kick-off. 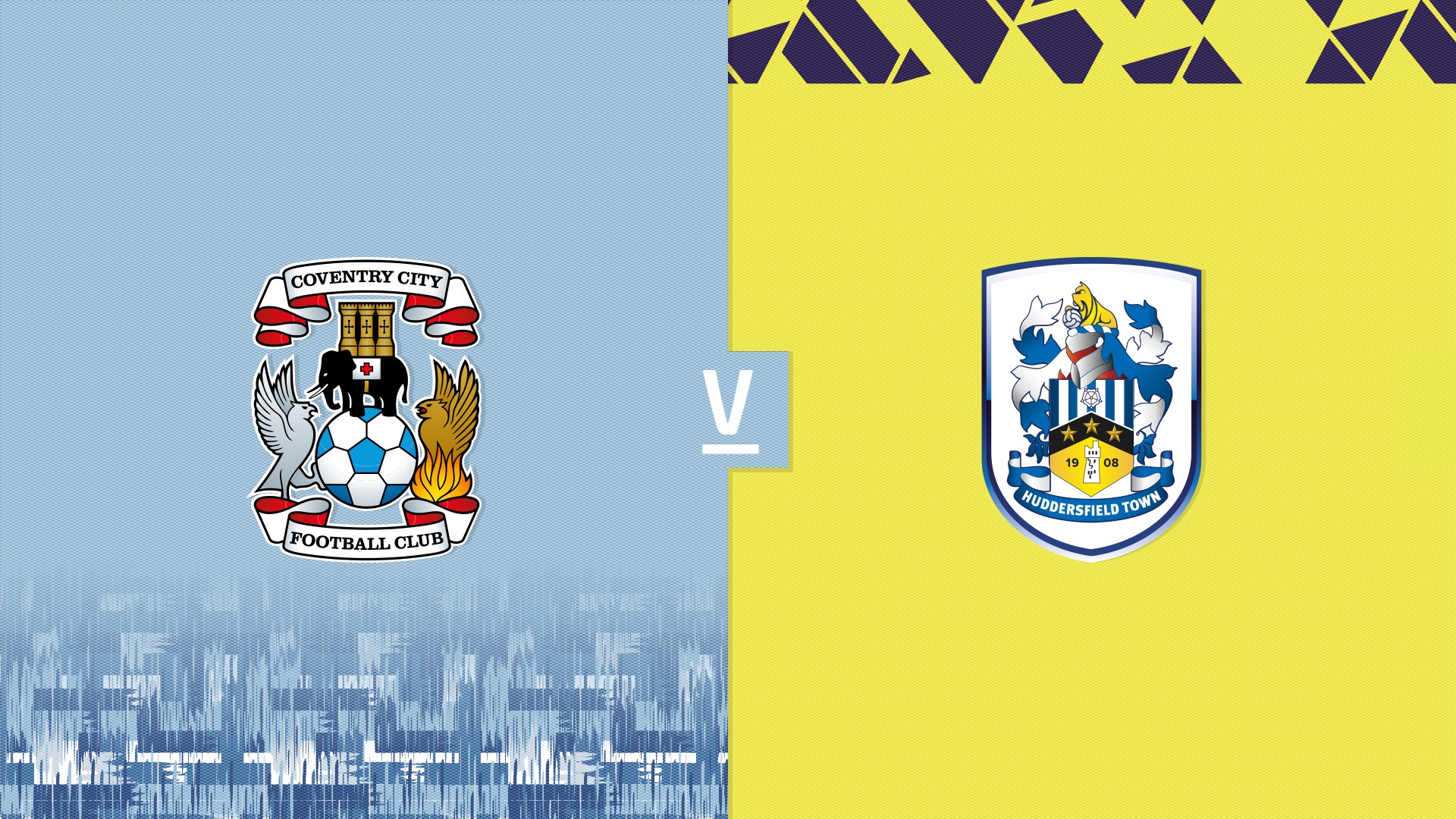 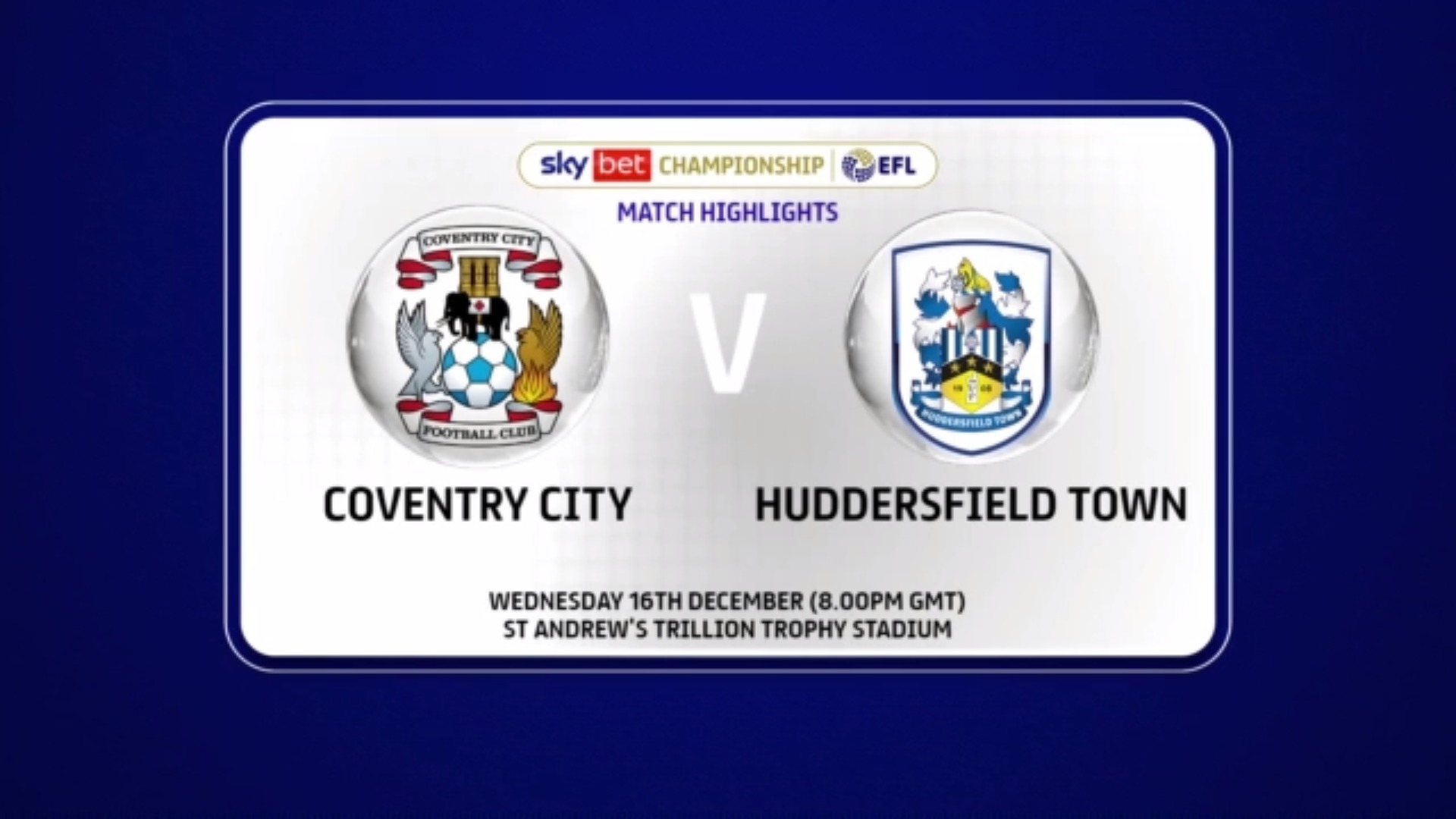 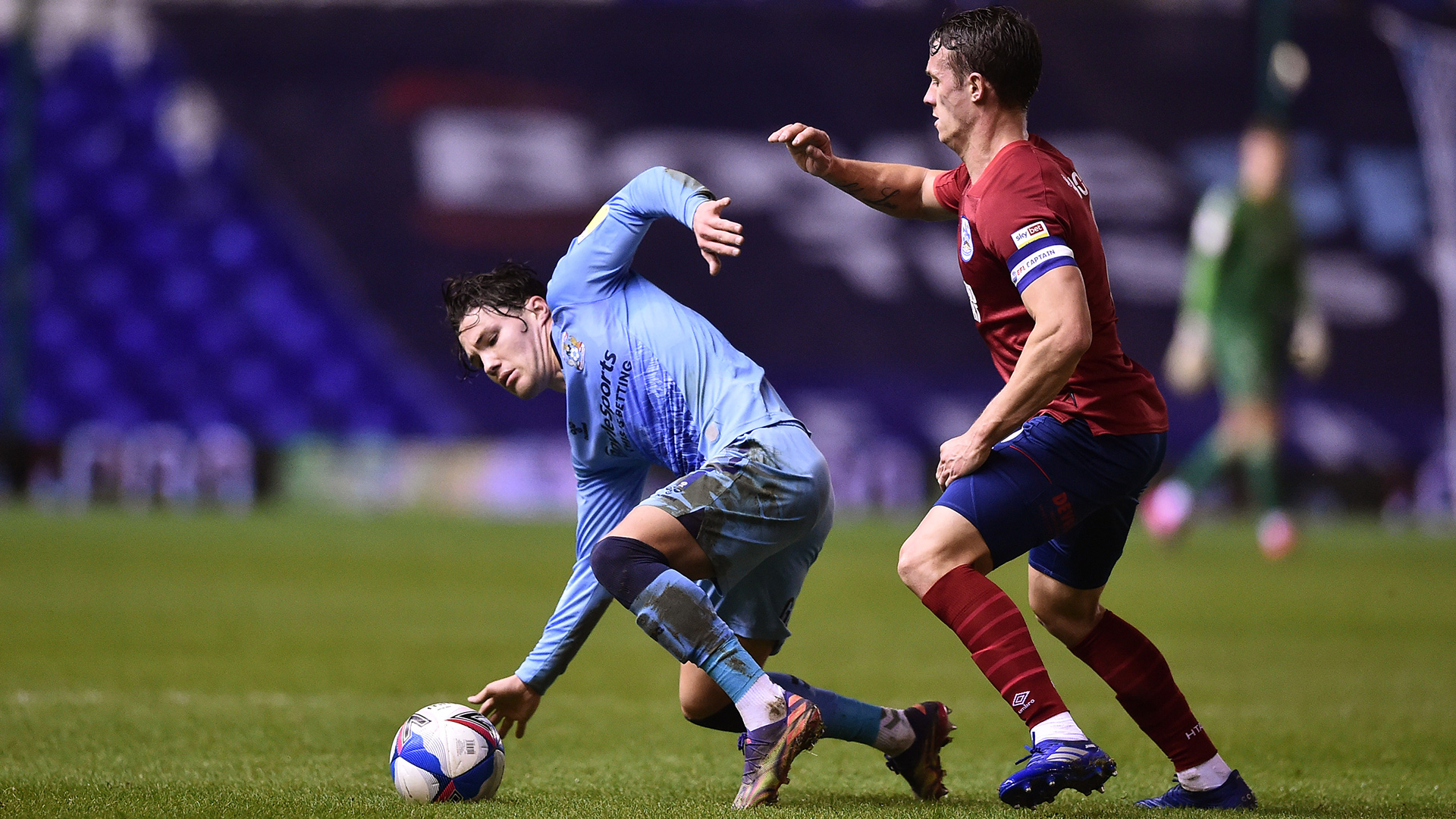