Huddersfield Town will be looking to make it back-to-back wins in the Sky Bet Championship when they face Cardiff City at the Cardiff City Stadium on Tuesday 1 December 2020; 7pm kick-off.

The Terriers go into the midweek clash off the back of an impressive 3-2 victory over Middlesbrough on Saturday afternoon.

It means the Terriers have taken four points from a possible six in the last two outings, ahead of Tuesday’s trip to the Welsh capital.

Town have already had success in Wales this season, coming away from the Liberty Stadium in October with all three points following a 2-1 win at Swansea City.

Neil Harris’ side come into the game after a mixed start to the campaign that sees them sit one point and one place below Town after 14 matches. 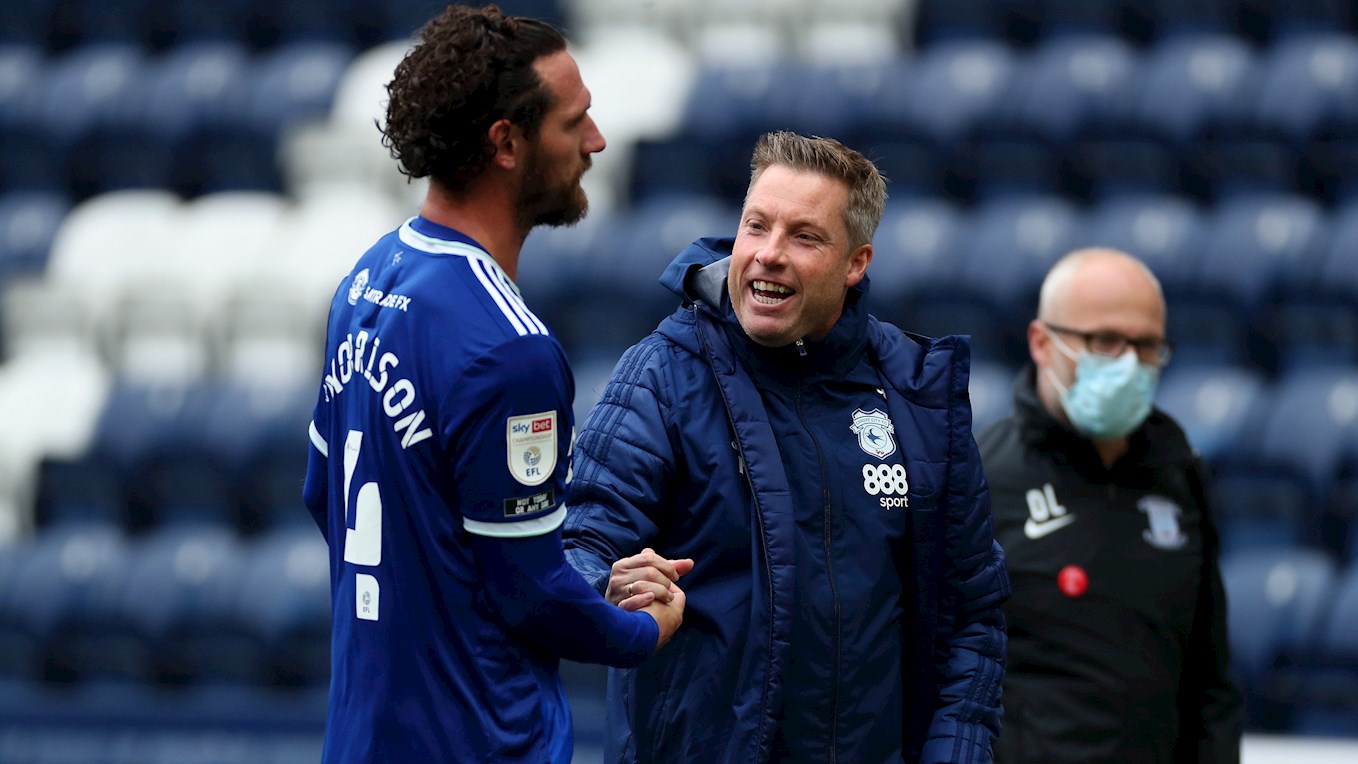 Harris, who started his managerial career at Millwall, joined the Bluebirds in November 2019 following his departure from The Den, a place in which he previously called home as both a player and a manager.

The 43-year-old guided Cardiff to a fifth-place finish in his first season at the Club in 2019/20, making the play-offs before defeat to Fulham over two legs at the semi-final stage.

This season, his side endured a difficult start to the campaign on home soil, not winning any of their first four matches but have since won two of their last three at the Cardiff City Stadium in high-scoring fashion (3-0 and 4-0).

The Bluebirds go into Tuesday night’s encounter off the back of their best result so far this campaign, overcoming Luton Town 4-0 at the weekend.

It was a strong response to a testing return from the international break that had seen them draw at Millwall before suffering a narrow defeat at Coventry City last week.

The Terriers go into the game following a similar return from the break, having taken four points from the last three games including a draw at Wycombe Wanderers and victory over Middlesbrough in the last week.

The Cardiff skipper is one of three Bluebirds players to have played every minute of their Sky Bet Championship campaign so far this season.

The centre-back has made just over 250 appearances for the Club since signing from Reading back in 2014 and was instrumental in their promotion to the Premier League in 2017/18 having been named the Club’s Player of the Year following an impressive season of performances at the back.

Prior to his move to the Welsh capital, Morrison had two loan spells with the Terriers in both 2011 and 2012 and scored his spot-kick in the 2011/12 League 1 Play-Off Final penalty shootout win against Sheffield United. 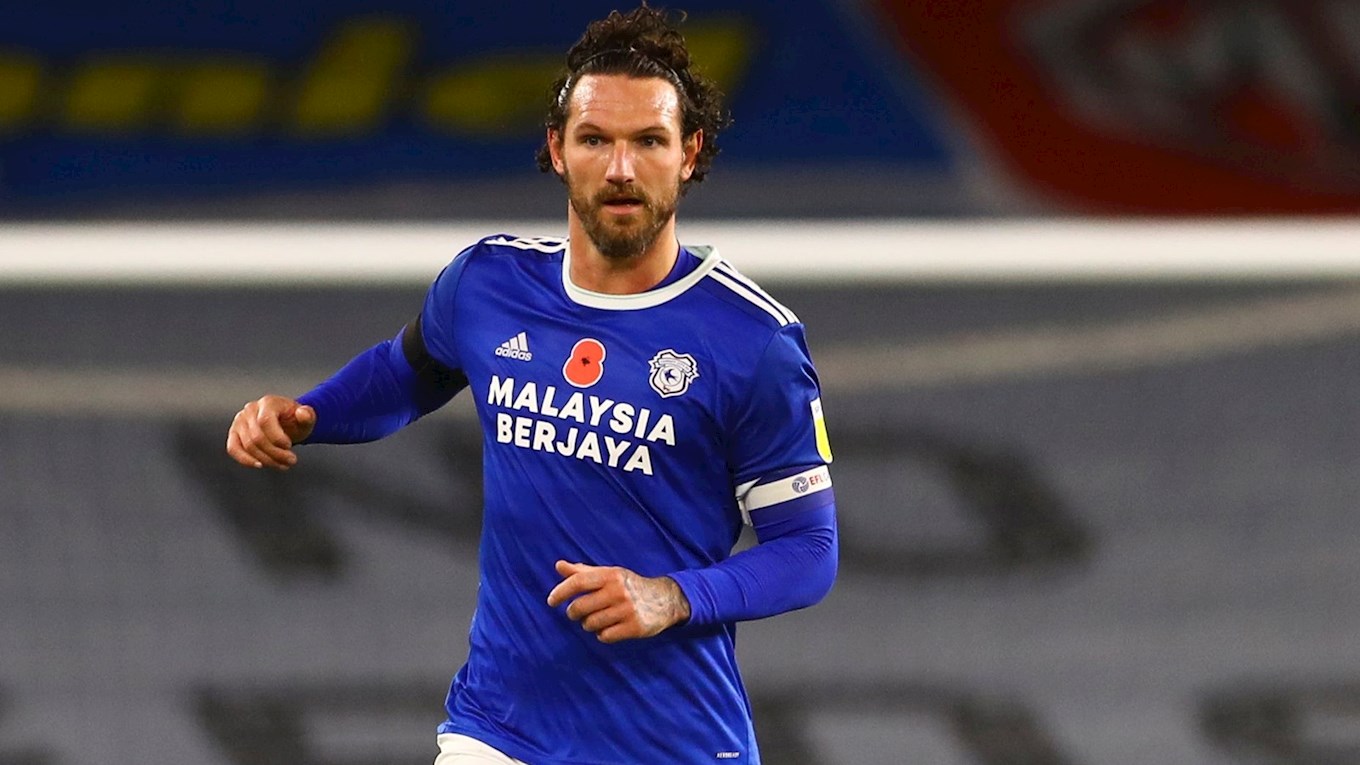 The on-loan Liverpool winger has made an impressive start to his season-long loan at the Cardiff City Stadium.

Ojo has found the net three times in the famous blue shirt, including scoring the Bluebirds’ fourth in Saturday’s 4-0 win over Luton.

He’s racked up two assists to go with his three strikes in the opening few months of his latest loan spell from the Anfield club, having continued his development in recent seasons with the likes of Rangers, Reims and Fulham. 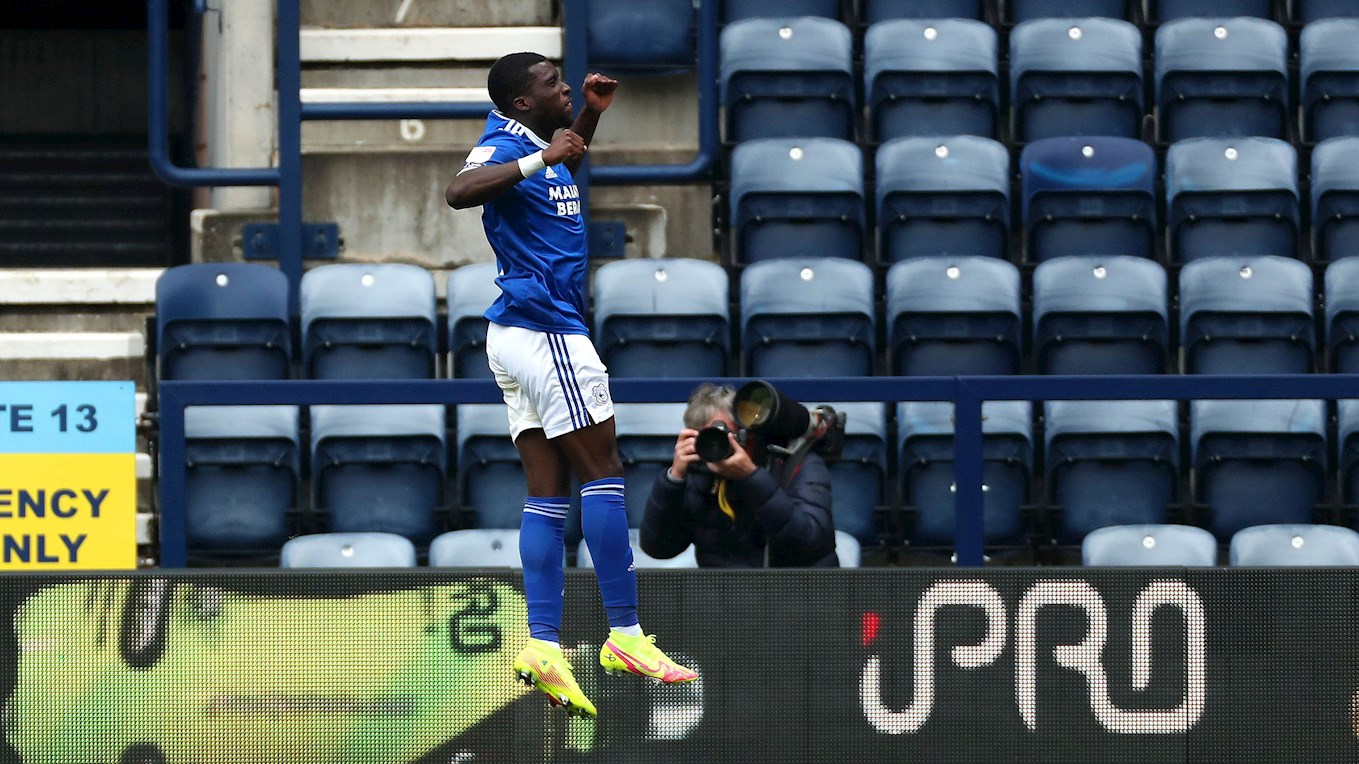 The forward has enjoyed a prolific start to the 2019/20 campaign as Cardiff’s top scorer in the Sky Bet Championship, finding the net five times in the opening months of the season.

Moore, who signed from Wigan Athletic in the summer, has netted in two of the Bluebirds three games since the international break.

The 28-year-old also has 12 caps and four goals for Wales at senior level, having made his international debut in a friendly win against Belarus in September last year. 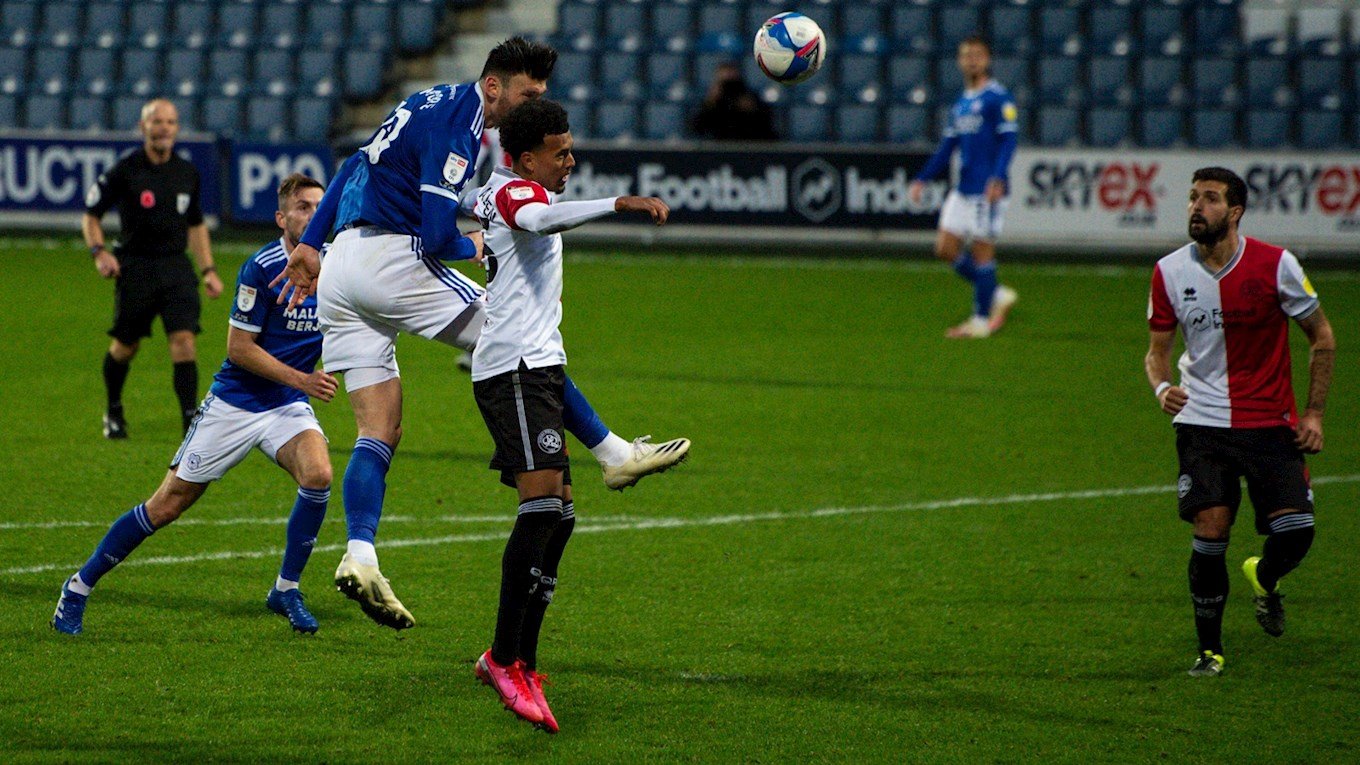 Town edge the all-time record in the fixture, winning 29 of the 77 matchups between the sides, to Cardiff's 26, since the first competitive meeting back in December 1921.

Fortunes haven’t gone in the Terriers’ favour in recent times however, as Tuesday night’s game will see us go in search of a first win in the fixture in 14 meetings.

That last win against the Bluebirds came in a Division 2 clash in the 2002/03 campaign when a late Andy Booth header secured all three points for the Town at the John Smith’s Stadium.

Our trip to the Welsh capital is one of 12 games in this midweek’s round of Sky Bet Championship fixtures. Here’s the full list of games (all kick-offs 7.45pm unless stated)…

Carlos Corberán will detail the Terriers’ latest team news ahead Tuesday’s game during his virtual press conference on Monday 30 November 2020.

Town’s Head Coach will likely provide an update on the fitness of Richard Stearman who was forced off during Saturday’s win against Middlesbrough with a hamstring injury.

Town will be sporting the red away kit for Tuesday’s trip to the Cardiff City Stadium with The Kirkwood logo on the front – CLICK HERE to get yours!

Huddersfield Town were beaten 3-0 by Cardiff City in the Sky Bet Championship.

A goal either side of half-time from Bluebirds forward Kieffer Moore and a late Robert Glatzel strike was enough to secure all three points for the hosts during the midweek encounter at the Cardiff City Stadium.

Three days on from an impressive victory over Middlesbrough last time out, Head Coach Carlos Corberán made five changes to his side on the Terriers' return to the road.

Ben Hamer, Demeaco Duhaney and Christopher Schindler returned for the trip to the Cardiff City Stadium whilst Matty Daly came in for his first senior start alongside Danny Ward who made his first league start of the season, at his old stomping ground.

Town had the majority of the ball in the early goings on a chilly evening in South Wales, attempting to carry over the momentum of Saturday’s win into the opening stages at the Cardiff City Stadium.

For all of the Terriers’ possession, it was the hosts who registered the game’s first clear-cut opportunity as Cardiff skipper Sean Morrison knocked the ball down to Sheyi Ojo who skied an effort on the half-volley over the returning Ben Hamer’s crossbar.

Town’s first attempt on goal came courtesy of a former Bluebird, when Danny Ward saw his close-range effort gathered by Cardiff ‘keeper and former teammate at both Town and Cardiff; Alex Smithies.

Shortly after, it was the hosts who found a way through to break the deadlock on 35 minutes. In-form forward Kieffer Moore met Ojo’s low cross from the left and placed the ball into the net with a first-time effort to put Cardiff ahead.

In search of an immediate response, Lewis O’Brien drove wide of the goal from the edge of the box prior to the break, before Carel Eiting’s powered effort from a similar range was collected by Smithies just after half-time, as the midfielder looked to add to his three goals in the last four matches.

O’Brien’s involvement in the attacking third continued as Town’s push for an equaliser stepped up. The midfielder’s left-footed cross from the right just evaded the out-stretched foot of Ward before Naby Sarr’s off-balance effort fell wide of the target.

At the other end, the hosts took the opportunity to double their advantage soon after. Having won the ball high up the pitch, substitute Junior Hoilett rolled the ball across the box for Moore who tapped into an empty net to double his and the Bluebirds’ tally for the evening.

Former Cardiff man Fraizer Campbell was introduced from the bench by Carlos Corberán in the closing stages and had a deflected shot go wide as Town looked for a way back into the encounter.

But it was the hosts who got the game’s third and final goal. Substitute Robert Glatzel kept his composure to fire into the top corner with just under five minutes left to play, rounding off a disappointing evening for the Terriers in South Wales.

Next up for Town is a return to the John Smith’s Stadium to face Queens Park Rangers in the Sky Bet Championship on Saturday 5 December 2020; 3pm kick-off. 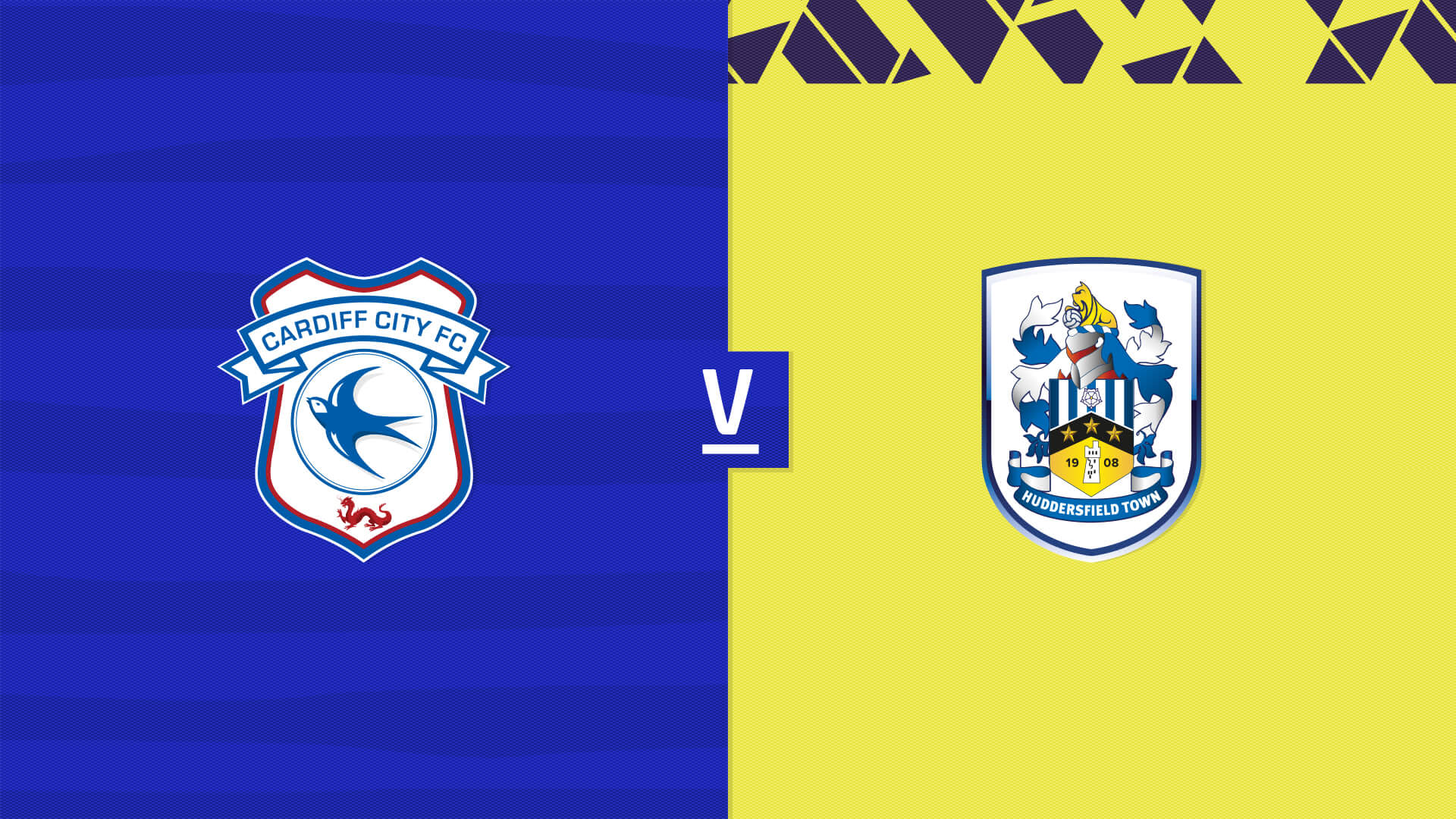 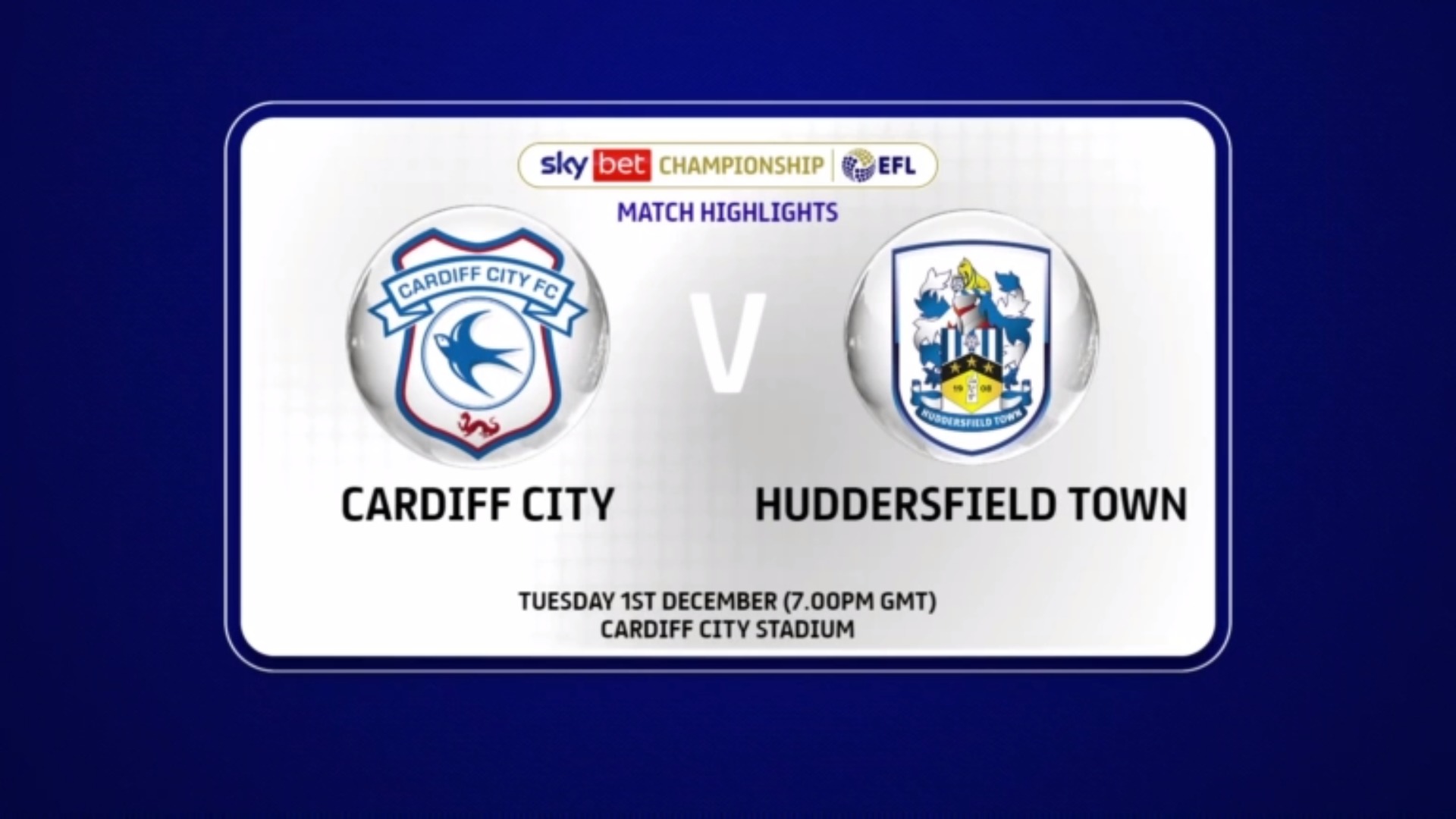 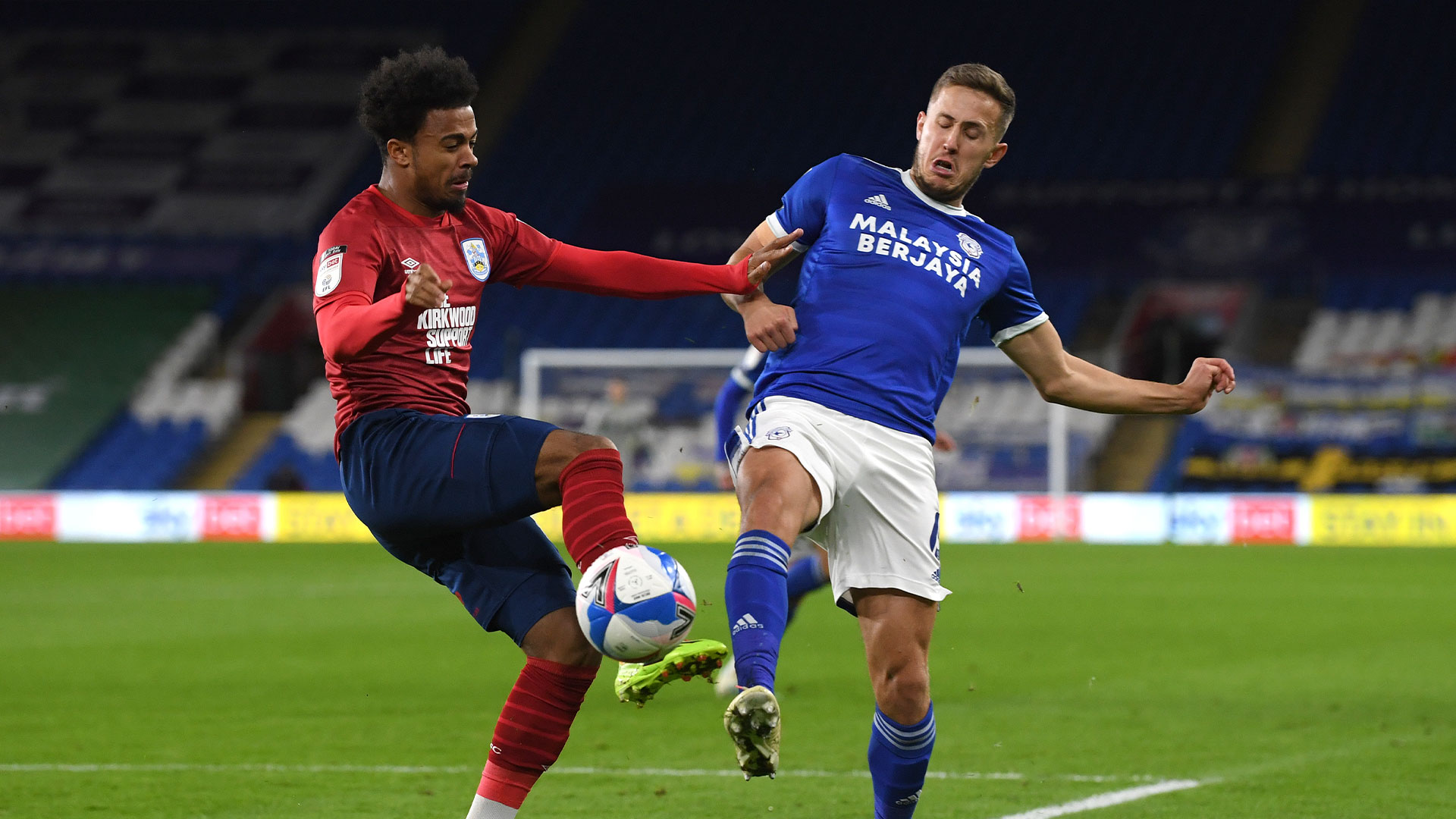