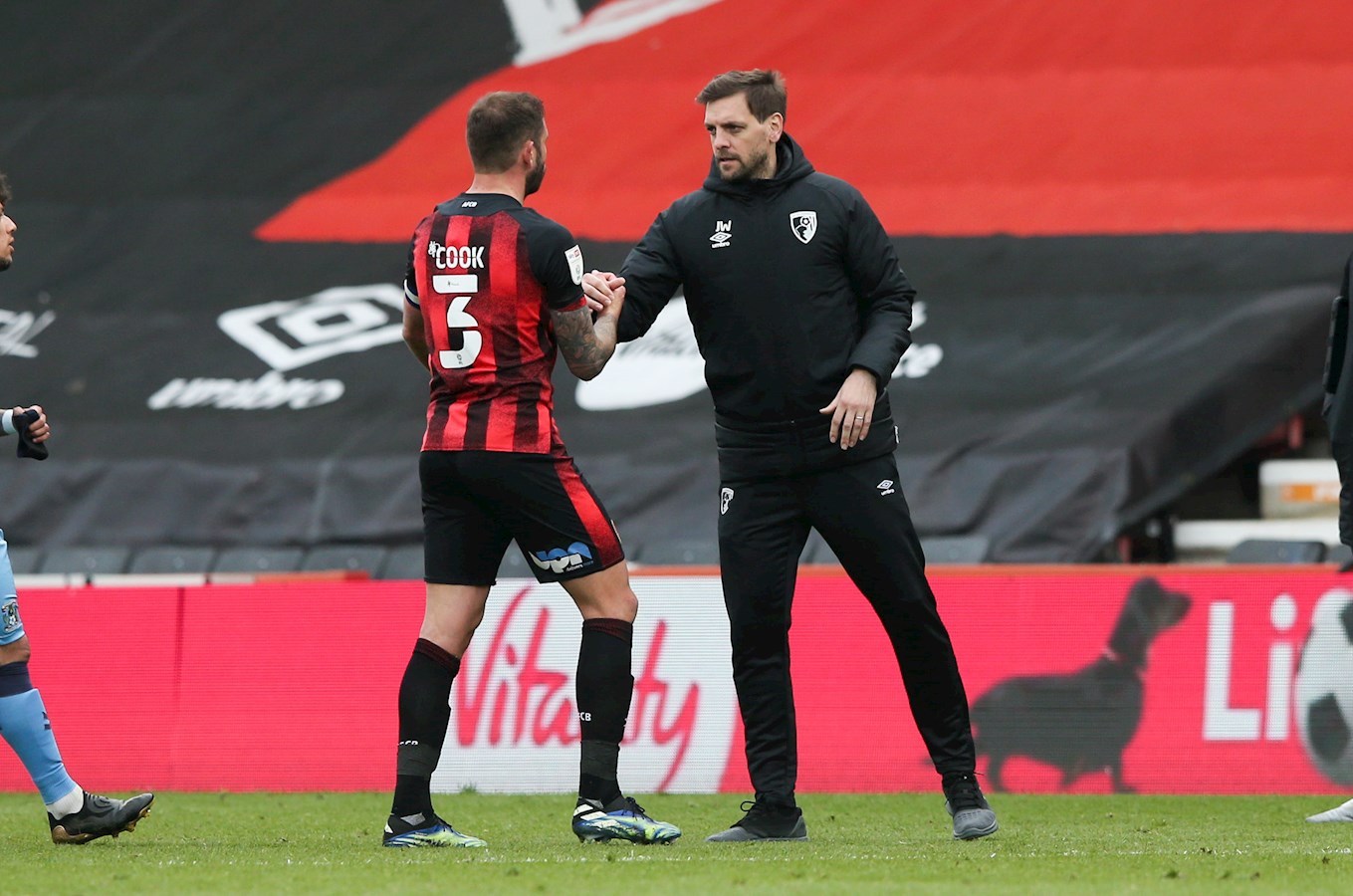 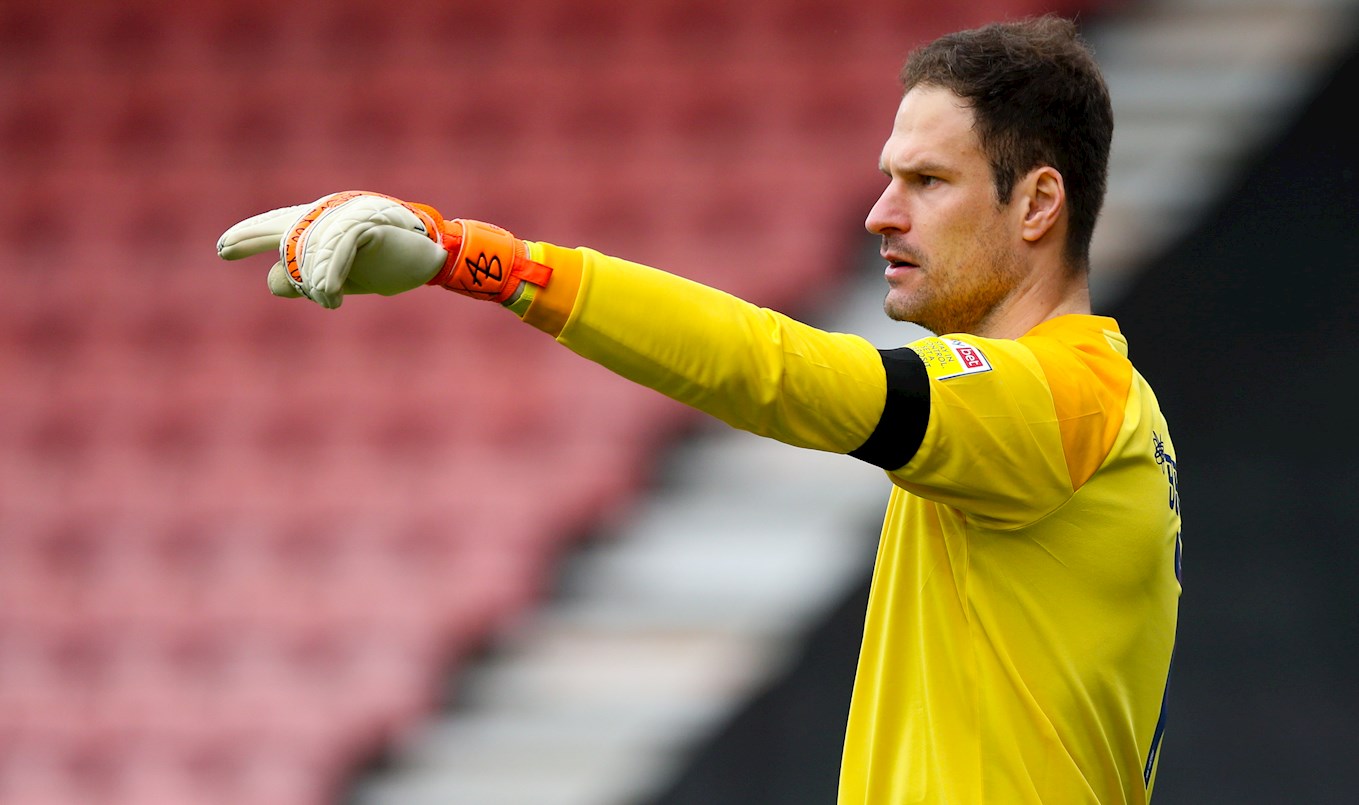 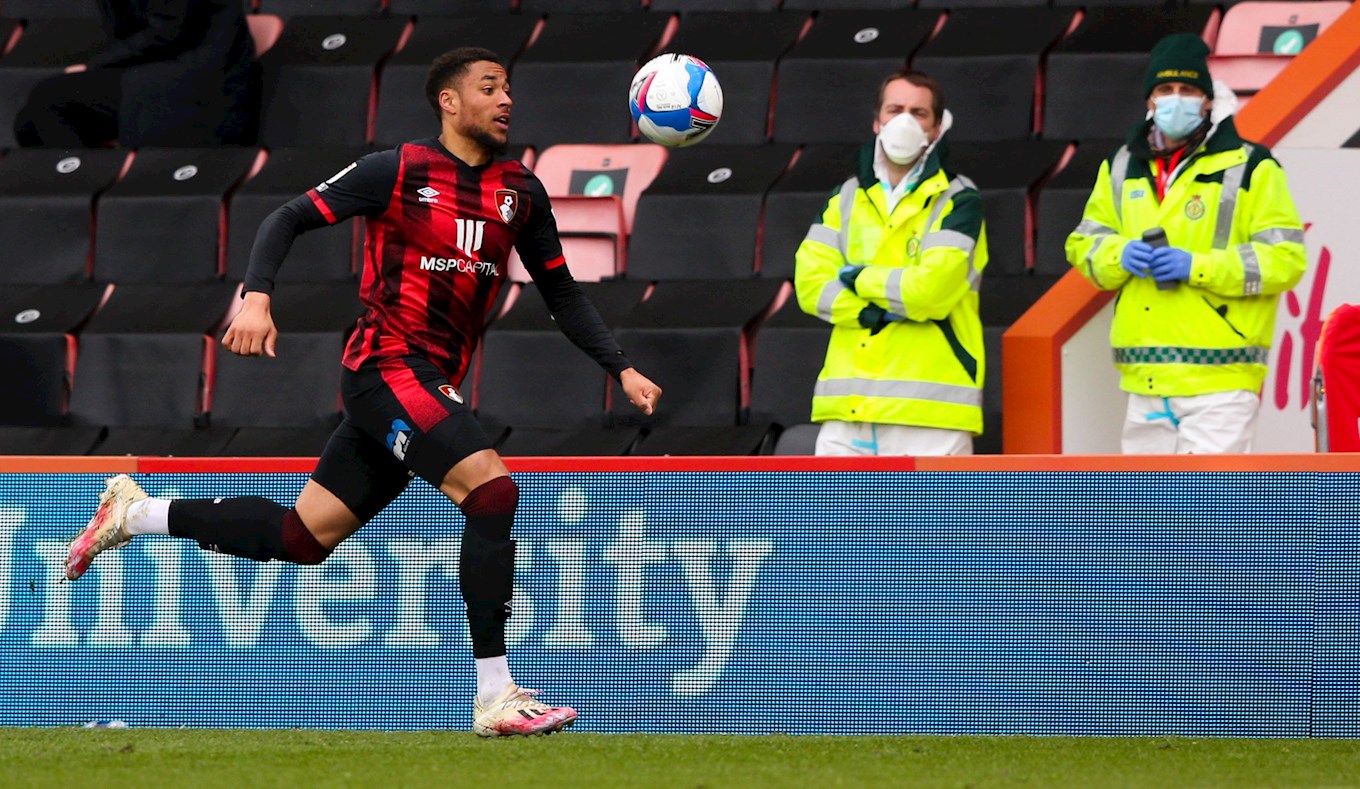 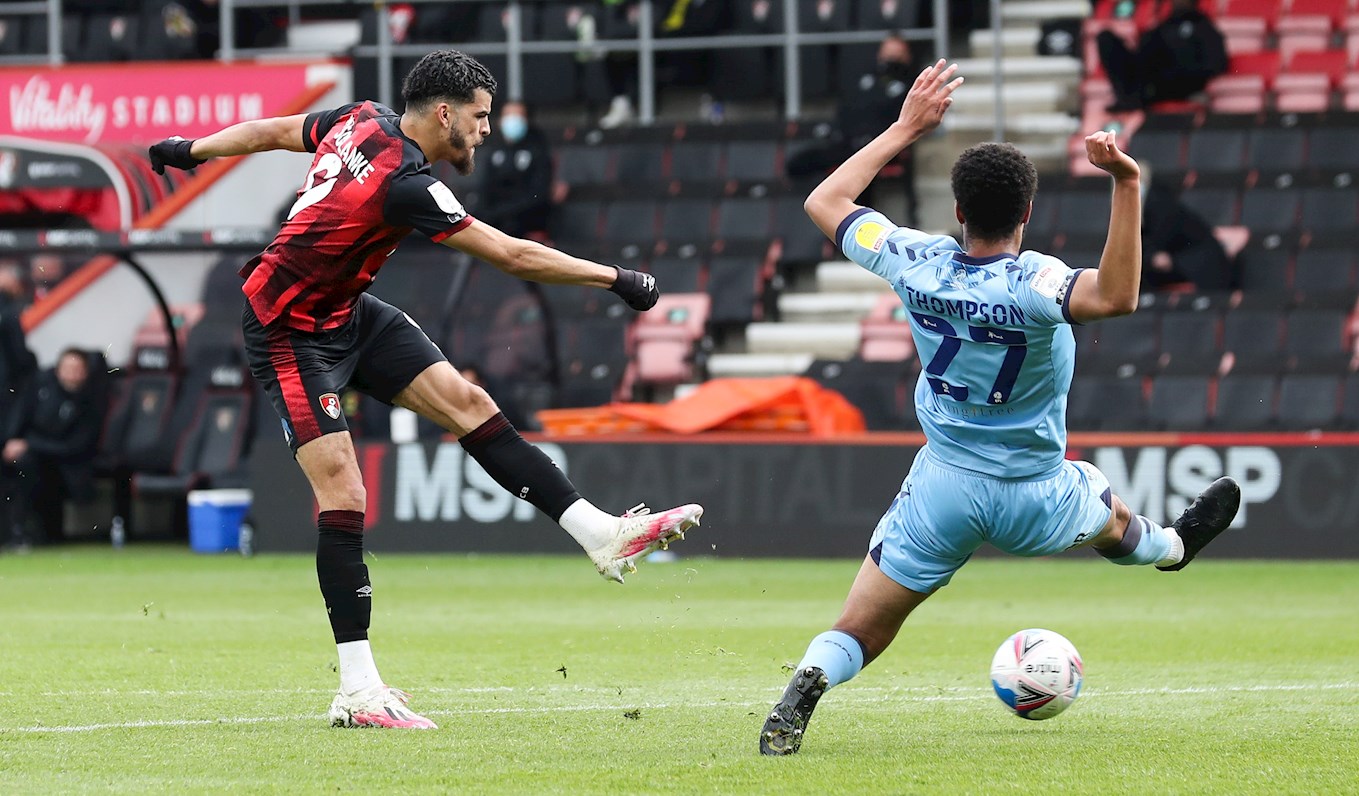 Despite a late Jonathan Hogg header, Huddersfield Town were beaten 2-1 by AFC Bournemouth in the Sky Bet Championship.

Philip Billing and Dominic Solanke had given the Cherries a two-goal lead at the break before Hogg’s late effort, with the visitors holding on in the final stages to take all three points from the John Smith’s Stadium.

There were two changes to the XI that had drawn with Rotherham United three days earlier, with Aaron Rowe and Isaac Mbenza coming into the side for the midweek encounter.

When the game got underway in the early evening sunshine in West Yorkshire, it was Town who had the game’s first real opportunity.

Back in the side, Rowe was looking to make an immediate impact. The Academy graduate, featuring from the left, drove into the box before firing into the near side-netting of Asmir Begović’s goal.

It was a positive start by the Terriers, but the visitors were also showing their quality at the other end and found their way through for the opener on 15 minutes.

After Arnaut Danjuma’s original shot was saved by Ryan Schofield, former Town midfielder Philip Billing was in the right place to follow up and head in the game’s first goal.

Having found the net moments earlier, Billing tried his luck at a second from outside the penalty area but this time his shot fell wide of the target, having been deflected behind.

Rowe was continuing to provide Town’s biggest threat at a goal when the game moved into the opposite half.

This time, after being found by a perfect cross-field ball by Jonathan Hogg, the Terriers' no.29 again cut inside before producing a necessary save from Begović at his near post, who turned the ball behind on the dive.

From the resulting corner, it was Hogg who was firing at goal himself. The corner from the left dropped to the man wearing Town’s captain’s armband, with the midfielder catching the ball sweetly but his strike was met with a good block.

Down the other end, the Cherries squandered a huge chance to double their advantage. David Brooks drove to the byline before pulling the ball back for Danjuma who fired over from the centre of the box.

Just before the break, the visitors did get a second, however. After Town had given the ball away high up the pitch, Dominic Solanke picked up the ball before finding the top corner with the finish.

After the interval, the Terriers looked to make an instant response and nearly did through Lewis O’Brien. The midfielder linked up well with Rowe down the left before firing against the woodwork on the run.

At the other end, Billing came close to a second of the afternoon and a third for Bournemouth, glancing a whipped free-kick from the left just wide of the target.

With just under 15 minutes left to play, Town were handed a lifeline by Hogg. Town’s no.6, who had gone close earlier in the evening, met a corner from the right at the near post with his flicked header across the goal nestling inside the side-netting to get the Terriers back into the contest.

Schofield had to ensure that opportunity to get back on level terms remained, shortly after, leaping to get a hand on substitute Sam Surridge’s effort from close range after the forward was found from the left with a low cross.

But despite a late push from Town, including a shout for a penalty, the visitors held on to condemn the Terriers to a first home defeat in six.

Next up for the Terriers is a trip to the City Ground to face Nottingham Forest in the Sky Bet Championship on Saturday 17 April 2021; 12.30pm kick-off. 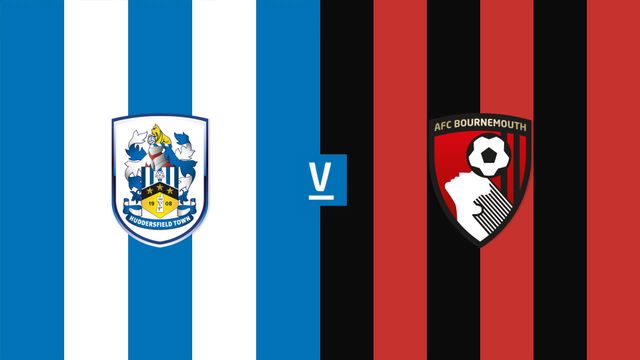 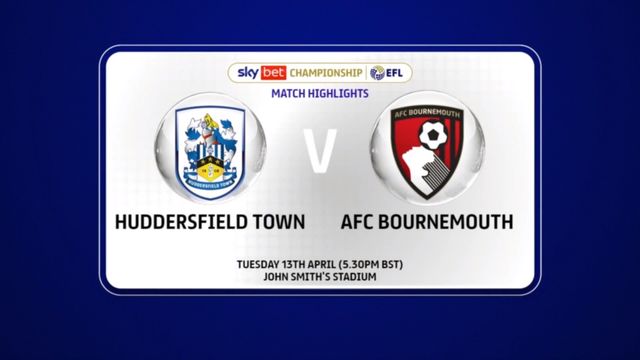 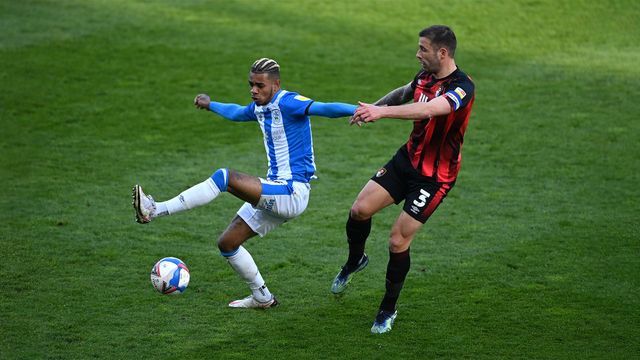