Huddersfield Town will travel to face Blackburn Rovers at Ewood Park, hoping to complete the double over the Lancashire side.

Last time the two teams met, Naby Sarr’s brace helped the Terriers pick up all three points as they ran out 2-1 winners in the final game of 2020.

Blackburn Rovers currently sit in 17th in the Sky Bet Championship, three points ahead of the Terriers.

After a positive start to the season and a really good run of form throughout November, Blackburn Rovers were pushing for a spot in the Play-Off places. 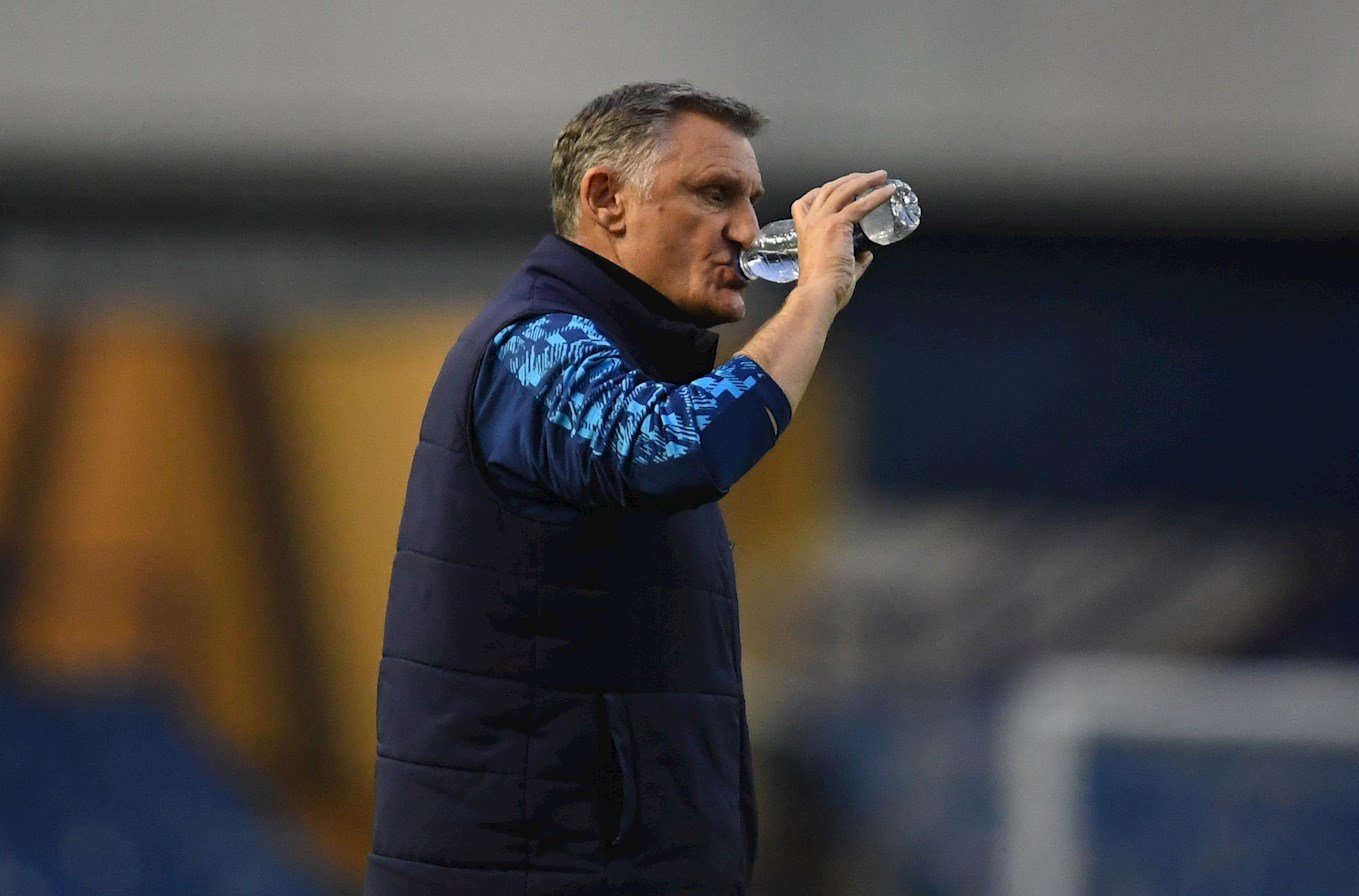 However, a difficult run, which has seen Mowbray’s side pick up two wins since the start of February, has seen them drop down the Sky Bet Championship table.

At Ewood Park, Blackburn have won seven of their 21 games, drawn seven and lost seven too! However, they beat Derby County in their last home outing, they ran out 2-1 winners. That was their first home win since the end of January.

Blackburn Rovers come into this game off the back of a 1-0 defeat away at Sheffield Wednesday.

They have lost three of their last five outings, with their only win coming at home to Derby County in their last game at Ewood Park.

Town come into the game off the back of a 1-0 defeat to Barnsley. The Terriers won their last game on the road, however, beating Nottingham Forest 2-0.

The centre-back has been virtually ever-present in the heart of the Blackburn Rovers defence this season.

The Irish 27-year-old came through Rovers’ Academy and has gone on to make over 200 appearances for the Club. He actually made his full debut for Blackburn against Huddersfield Town back in 2015.

He’s averaged 3.6 clearances this season, just over 1 tackle, and 1 interception too! He also has one assist to his name. 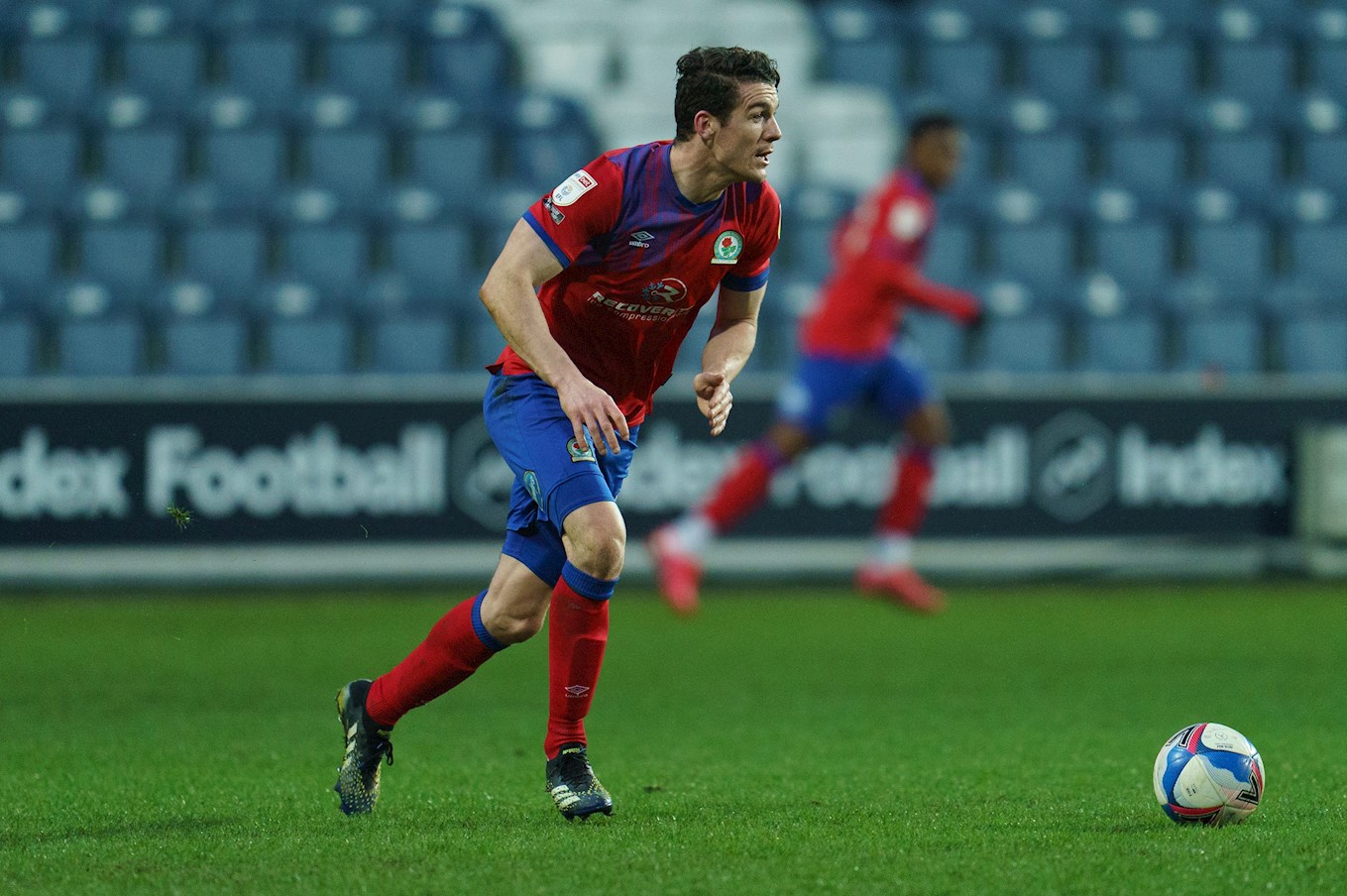 The winger on loan from Liverpool FC has excelled in his first season playing regular senior football.

The 18-year-old had a taste of men’s football at Fulham and Liverpool FC at a very young age, but has taken his game to the next level this season with Rovers.

Elliott, who mainly operates off the right hand-side, has 11 assists and six goals to his name this campaign. 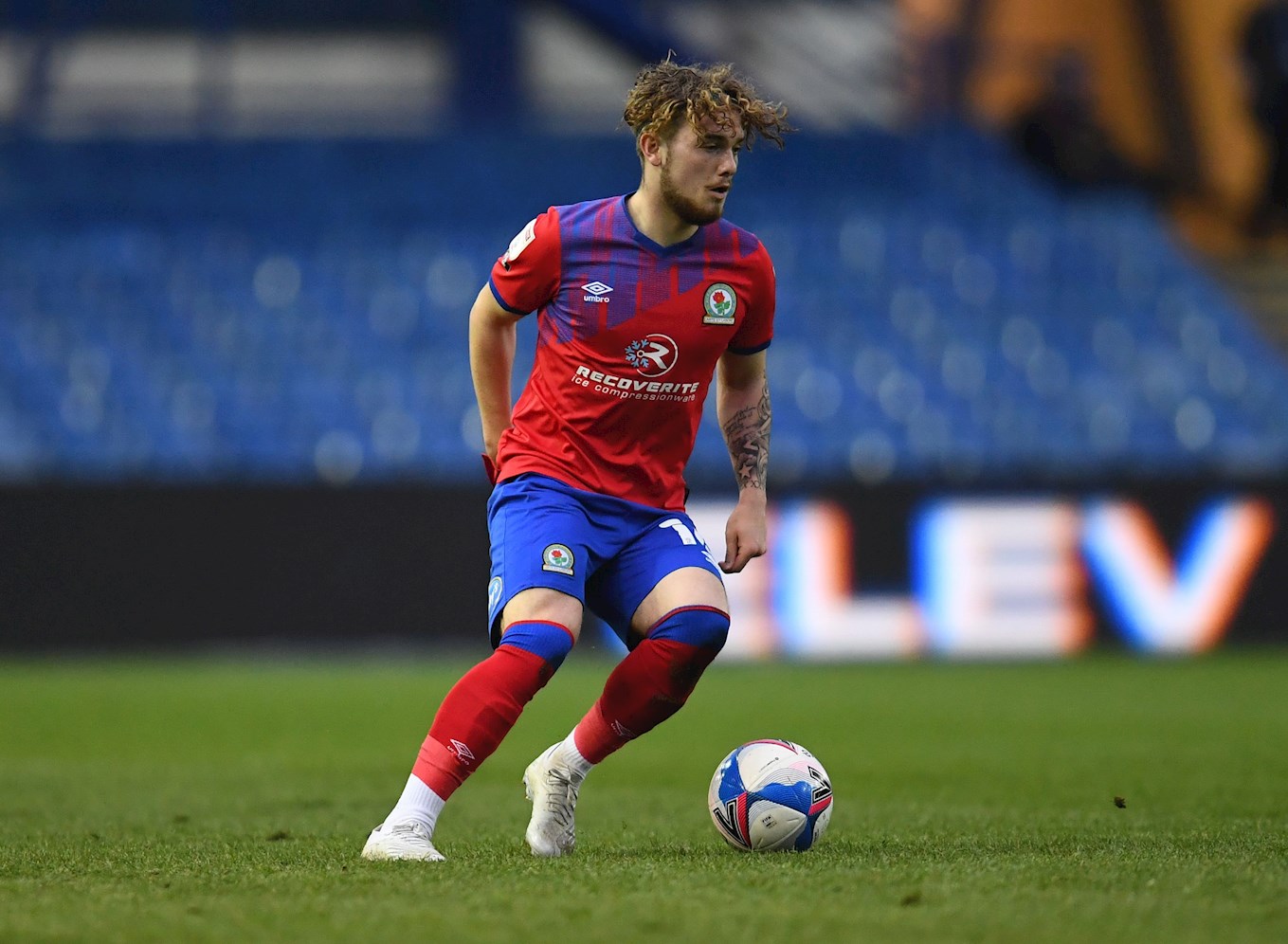 Armstrong has been one of the most in-form Sky Bet Championship strikers this season.

The 24-year-old is currently the league’s third top scorer with 21 to his name, only behind Ivan Toney and Teemu Pukki.

He has averaged a goal every 153 minutes this year his shot accuracy is 61%. He has also set up four goals for his teammates. 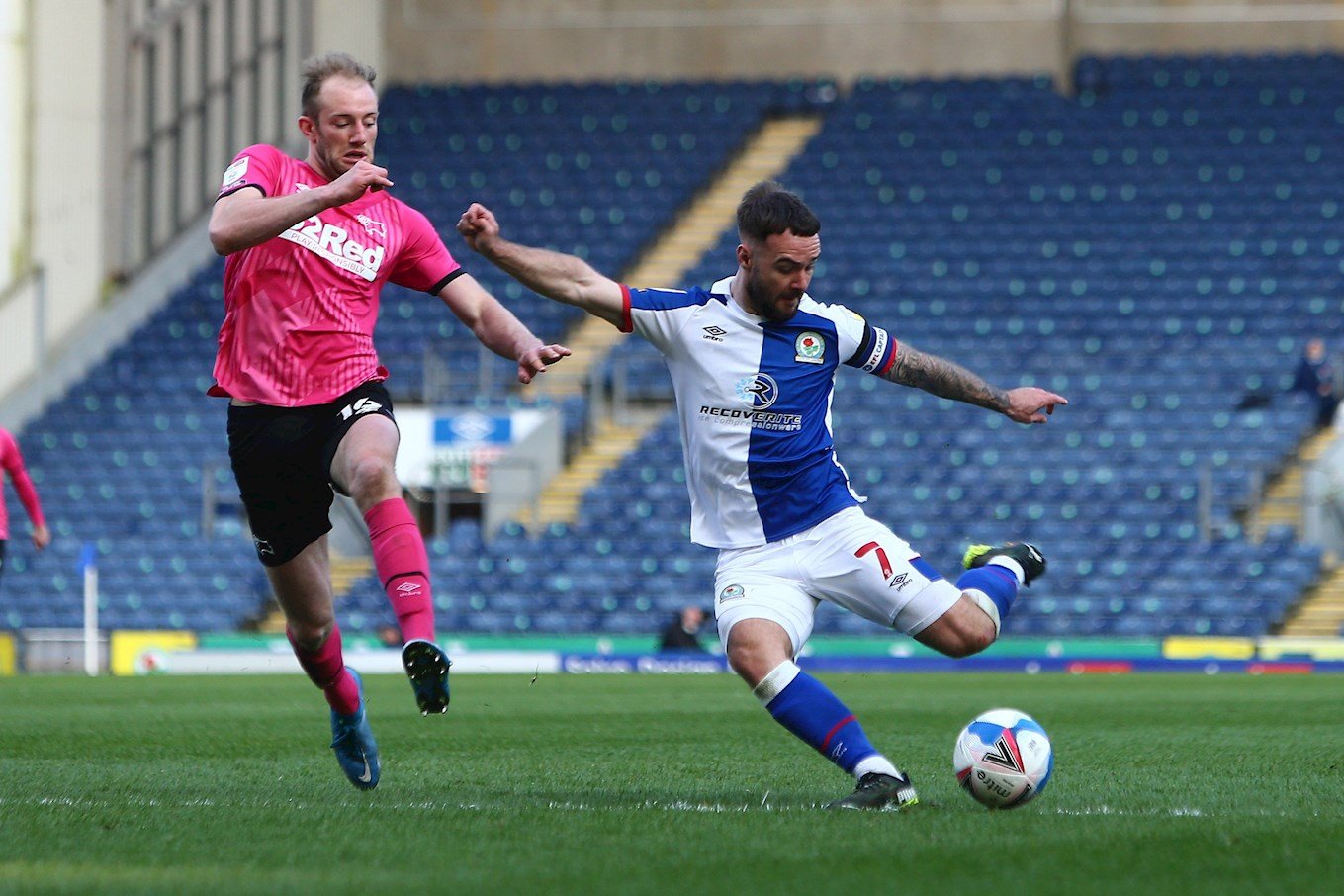 These two sides have a lot of history with each other with 92 competitive meetings dating back to February 1921.

Out of these 92 meetings between Town and Blackburn, Rovers have won the most (34) against Town’s 24 wins. The remaining 34 matches were played out as draws.

Earlier this year, Naby Sarr scored a dramatic winner at the John Smith’s Stadium to earn the Terriers all three points.

There are 10 other Sky Bet Championship games taking place Saturday:

Town will be sporting the red away kit for the trip to Ewood Park – CLICK HERE to get yours!

Huddersfield Town were beaten 5-2 by Blackburn Rovers in the Sky Bet Championship.

Rovers’ Adam Armstrong and Ben Brereton had put the hosts two ahead before a Ryan Nyambe own goal saw Town halve the deficit going into the break.

After the interval, the home side stretched their advantage and secured the three points in doing so, courtesy of Sam Gallagher and two more from Armstrong, before Josh Koroma’s late consolation on a disappointing afternoon for the Terriers at Ewood Park.

Carel Eiting was one of four changes to the side from the one that started against Barnsley in midweek. The Dutchman, who made his return to the pitch in that game having completed his recovery from a knee injury, came in for his first start since January.

Pipa and Harry Toffolo also returned to the starting XI in the full-back positions having missed the game in midweek, with Danny Ward the fourth and final switch for the game at Ewood Park.

When the game got underway in the bright sunshine in Lancashire, it was the hosts who got onto the front foot first with winger Ben Brereton having the game’s first opportunity.

Having been slipped in behind the Town defence, Brereton saw his drilled shot across the goal superbly tipped behind by Ryan Schofield.

But from the resulting corner, Rovers took the lead. The ball fell to Adam Armstrong who was in the right place at the right time to nod in the opener under the crossbar.

One nearly became two shortly after as the hosts continued their quick start on home turf. Schofield again had to get down to deny Brereton before the latter sliced a huge opportunity wide of the goal.

The Blackburn winger did get his goal however, shortly before the midway point in the first half. Sam Gallagher broke on the counter with pace before squaring to Brereton who converted to double the advantage.

As the half ticked on, Town began to gain more control in the game and went close to hitting back through Danny Ward.

The forward got past the defender before firing his low strike into the side-netting from the right side of the penalty area.

Before the end of the half, the Terriers did breach the Blackburn defence to halve the deficit. Good work from Josh Koroma forced Ryan Nyambe to turn a low cross into the back of his own net under pressure from Lewis O’Brien.

But after the break, the hosts wasted little time in restoring their two-goal lead. This time, Brereton powered forward and squared for Armstrong who converted past the sliding Richard Keogh on the line to make it 3-1.

That lead was extended further when Gallagher raced onto a cutback moments later and beat Schofield with a fierce strike from the edge of the penalty area.

Rovers’ free-flowing start to the second half continued when they got a third goal in under 15 minutes to make it 5-1 just before the hour-mark. Armstrong was on the end of the move to slot home his third of the afternoon.

With just over 10 minutes left to play, Naby Sarr cleared from under his own crossbar to deny Blackburn substitute Tyrhys Dolan getting on the scoresheet.

At the other end, Josh Koroma did get his first goal since his return from injury earlier this week. The forward checked inside onto his right foot before bending the ball into the far corner to get the score back to 5-2.

It was a mere consolation for the Terriers however who were condemned to defeat by Tim Robinson’s final whistle soon after, at Ewood Park. 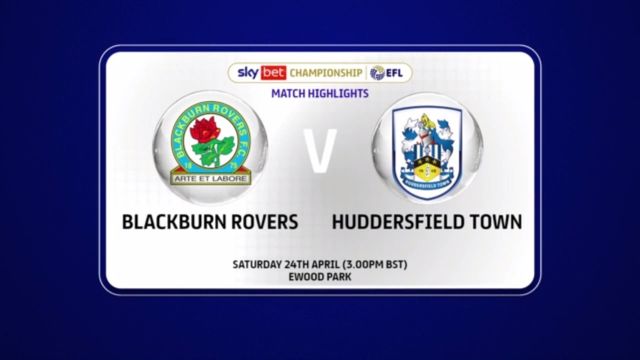 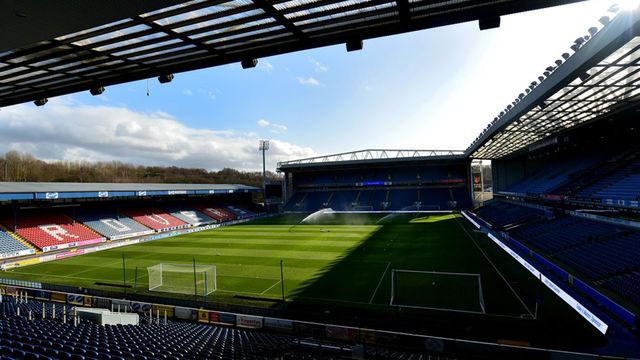