Everything you need to know ahead of Town vs Middlesbrough

Danny Cowley’s side drew 2-2 with Blackburn Rovers last weekend and will take the positives from that game into this Yorkshire derby at the John Smith’s Stadium.

Juninho Bacuna scored the all-important equaliser in that game – his third goal in as many matches.

Middlesbrough come into the clash after a difficult start to the season with the club just outside the relegation places. 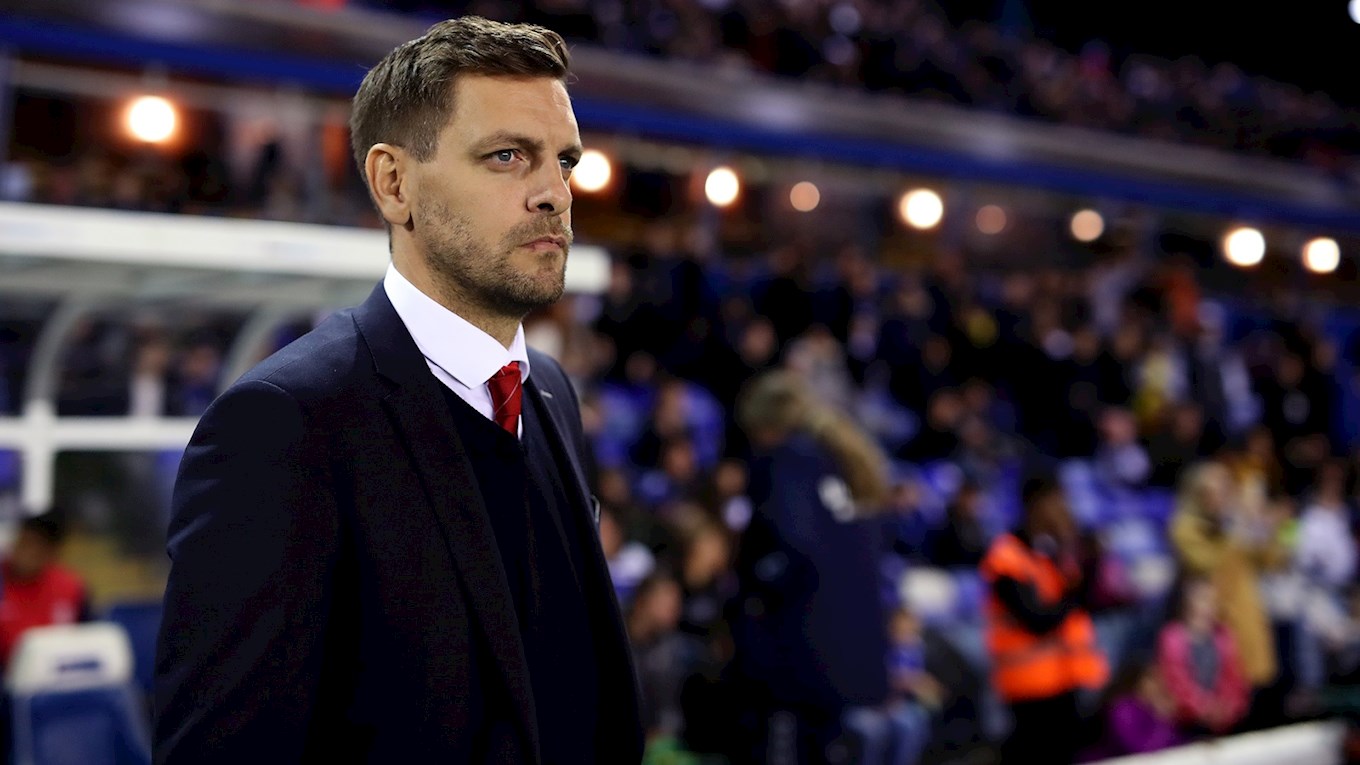 Jonathan Woodgate’s side were beaten 1-0 last weekend against West Bromwich Albion and are now five games without a win.

So far this season Middlesbrough have failed to pick up three points on the road with their best away result coming in the first game of the season when Boro drew 3-3 with newly promoted Luton Town.

The last time the two sides met was back in April 2016 where Town fell to a 3-0 away defeat.

However, the last time Town beat Middlesbrough was back in 2013 with two late goals from Alan Lee and Danny Ward enough to earn Town three points.

Spanish-born centre-back Ayala joined Middlesbrough back in 2013 and has been a commanding figure since joining the Club. Ayala helped Middlesbrough gain promotion to the Premier League in 2015/16 season and also earned himself a spot in the Championship Team of the Season. Last season Ayala made 22 appearances and scored just the one goal. So far this season Ayala has made 11 appearances and has scored just the single goal. 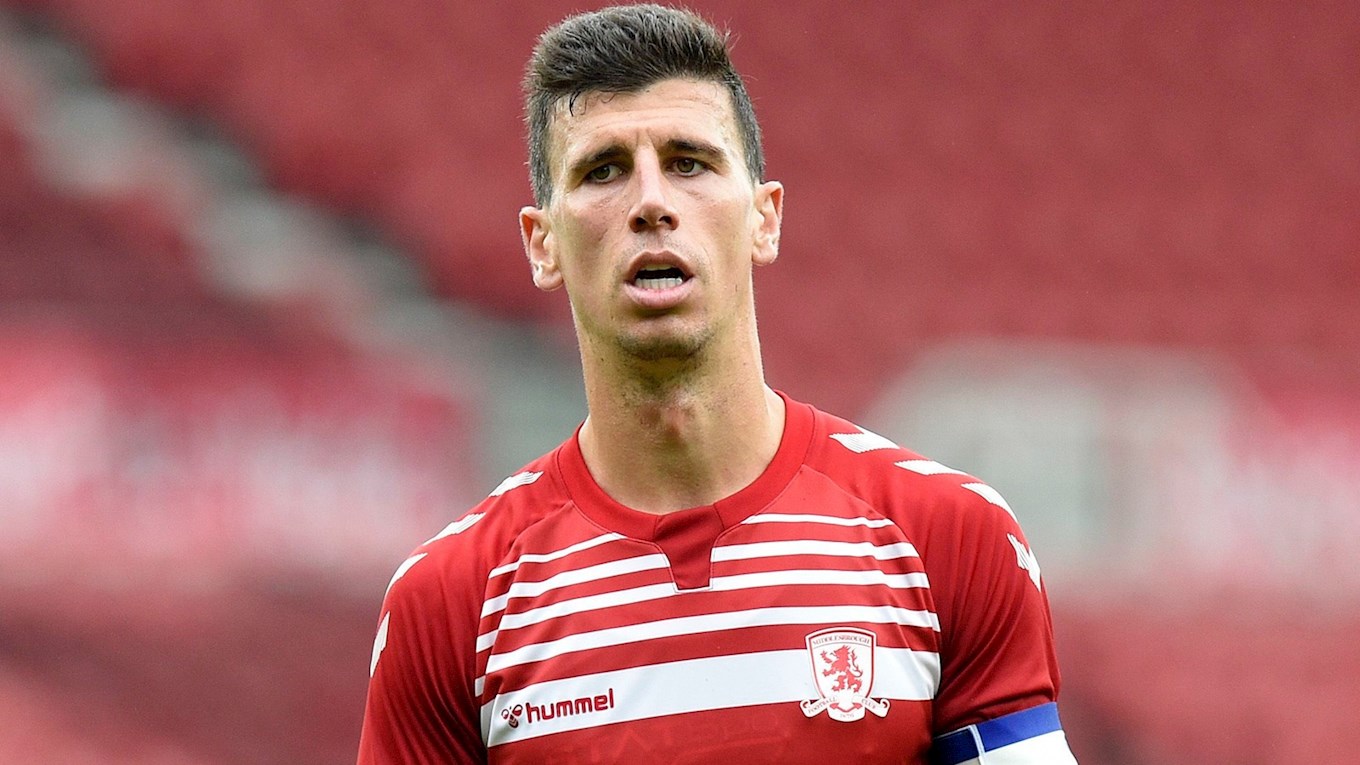 The versatile Midfielder has been with the Yorkshire side since 2018 after joining from local rivals Sunderland. McNair started his career with Manchester United and has also represented Northern Ireland over 30 times. So far this season McNair has made 12 appearances scoring two goals. 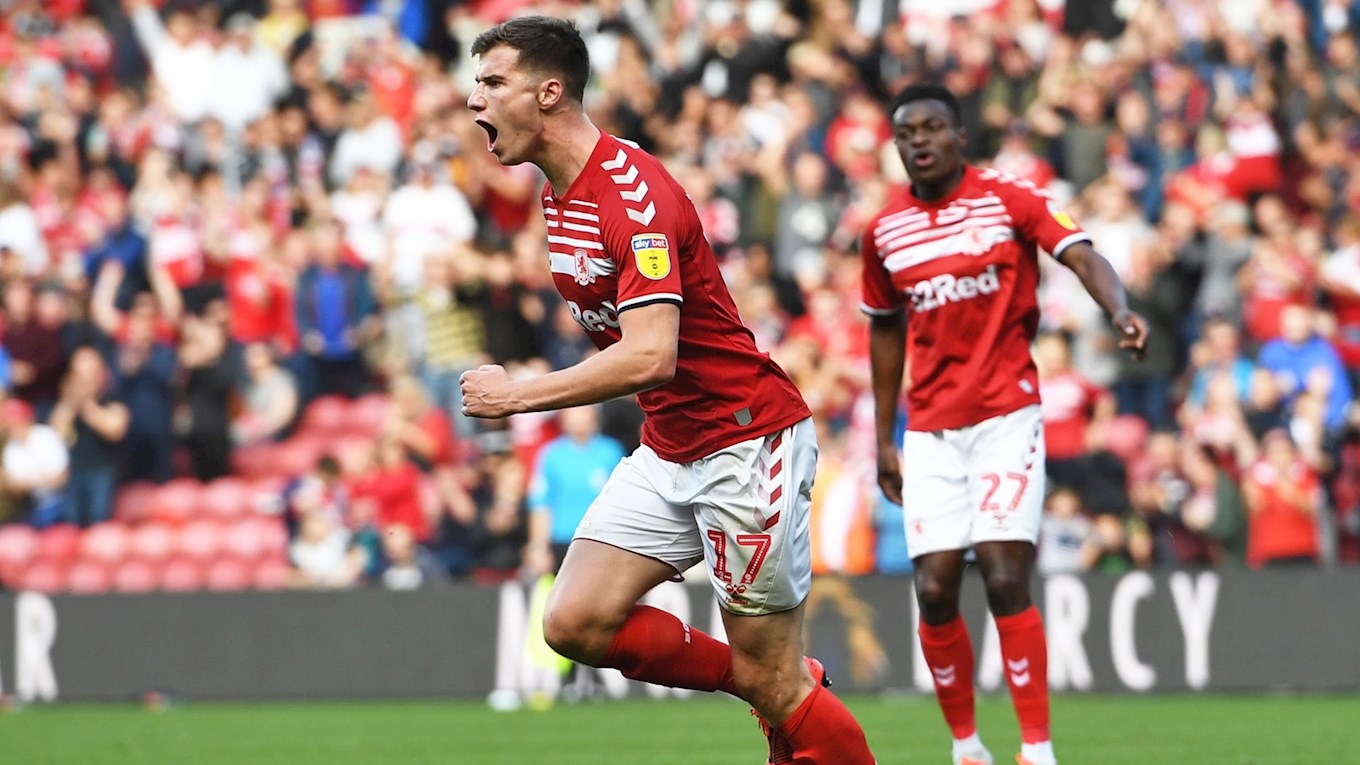 The forward joined Middlesbrough back in 2017 for a club-record fee from Nottingham Forest. Assombalonga began his career with Watford before joining Sky Bet League 1 side Peterborough United. During his time with the Posh, the forward would score and impressive 23 goals in 43 games. After one season with the Club, Assombalonga moved to Forest where he impressed yet again and would be snapped up by Boro for a club-record fee. Since joining, the 26-year-old has scored 35 goals in 105 games. This season Assombalonga has found the back on the net four times. 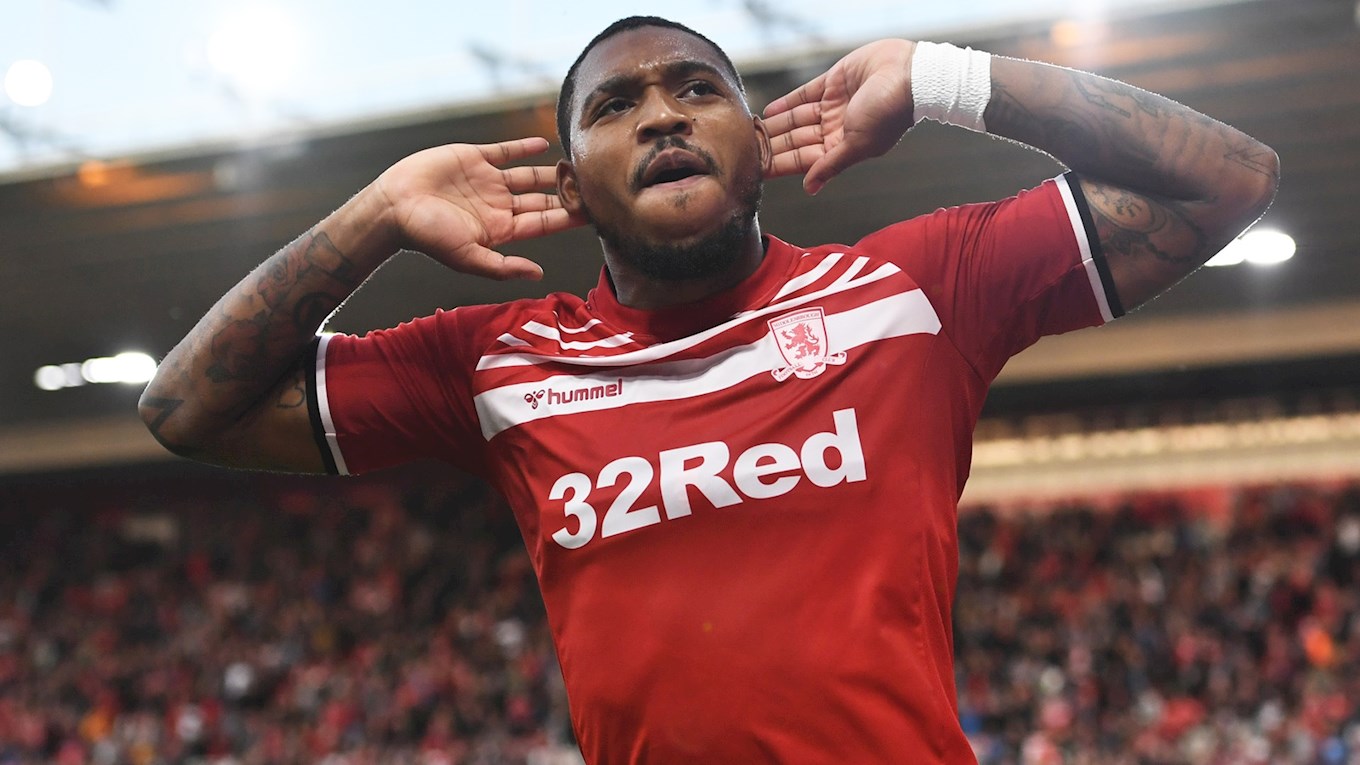 Both Terence Kongolo (calf), Herbert Bockhorn (hamstring) and Collin Quaner (hip) were all unavailable for the Blackburn game.

Danny Cowley will give the latest on his side’s team news in the press conference on Tuesday 22 October 2019.

Middlesbrough will be without Captain George Friend as he’s had surgery on a ruptured tendon earlier in the season. Boro will also be without Rudy Gestede after the forward picked up a hamstring injury. Hayden Coulson is also a doubt after recovering from a tendon injury.

Tickets are still on sale for the game at the John Smith’s Stadium for just £10 – CLICK HERE to get yours now!

KIT
Town will be wearing the famous blue-and-white stripes for Saturday’s game – Click here to buy yours!

Adama Diakhaby went closest for the Terriers with a free-kick that curled wide of the goal in the first half, but the deadlock was maintained throughout as Town registered a second draw in the space of five days.

Danny Cowley made one change to the starting XI that drew 2-2 at Blackburn Rovers on Saturday, as goalkeeper Ryan Schofield made his first Sky Bet Championship start, replacing Kamil Grabara who missed the game with illness.

It meant Joel Coleman was promoted to the match day squad, taking up a place on the bench, alongside Isaac Mbenza who was back in for the injured Alex Pritchard.

Schofield was nearly forced into the action early into his league debut, but Daniel Ayala couldn’t find the target with his close-range header after connecting with Paddy McNair’s free-kick, glancing over the crossbar.

Under the Wednesday night lights at the John Smith’s Stadium, Karlan Grant nearly went one better up the other end just after. He rose highest to power Trevoh Chalobah’s cross towards the target, but he could only mirror the earlier opportunity, heading over the Middlesbrough goal.

Chalobah was then making his presence known under his own crossbar, doing just about enough to deny Ayala and help clear what would have been a certain opener for the visitors after a corner from the left was flicked on at the front post.

20 minutes in the game developed on its end-to-end start as Town were back in search of a goal, courtesy of two quick chances for Karlan Grant.

The Terriers’ top scorer this season had a 30-yard free-kick gathered by Middlesbrough ‘keeper Aynsley Pears before a strike from the edge of the six-yard area was charged down a minute later, denying him of an eighth goal so far in 2019/20.

Sticking to the game’s ongoing trend, it was the visitors’ turn on the attack next. Having been found in space around 20 yards out, Middlesbrough striker Ashley Fletcher turned and fired towards goal, but his low strike was dragged just wide of the far post.

Adama Diakhaby has been heavily involved during Town’s recent unbeaten run and he nearly had a goal to add to that recent form shortly before the break. The winger’s whipped free-kick beat the wall and curled away from the goal, just missing Pears’ left-hand post, as the two sides went into the break level at the John Smith’s Stadium.

Misty West Yorkshire skies greeted the sides when they returned after the break, but Ryan Schofield had no problems seeing the ball, showing superb reactions to divert a goal-bound flick following a Middlesbrough free-kick. The ball fell to Boro forward Ashley Fletcher who couldn’t keep his effort down from a few yards out.

With nearly an hour on the clock, and the deadlock yet to be broken, Danny Cowley introduced Juninho Bacuna who had three goals in his last three from the bench in the hope of a fourth in as many games.

The visitors also made their first change of the evening soon after, bringing on their top scorer this season, Britt Assombalonga, as both teams continued to search for the go-ahead goal.

Assombalonga nearly made an instant impact for the visitors, rising above Danny Simpson at the back post but he could only guide his header into the grasp of Ryan Schofield.

Boro’s number 9 was then at the centre of the action once again, beating the offside trap before a superb last-ditch block from Town’s Jaden Brown cleared any impending danger.

Town looked to capitalise on the tiring legs in the visiting ranks as the game moved into the closing stages, but chances were hard to come by as Boro continued to hold firm at the back.

The sight of six added minutes on the fourth official’s board was received loudly by the entirety of the John Smith’s Stadium crowd but neither side could find the all-important goal that would have taken all three points.

It means it’s back-to-back draws for Town since the international break, with the unbeaten run now stretching to five matches.

Next up for Danny Cowley’s side is the visit of Barnsley to the John Smith’s Stadium in the Sky Bet Championship on Saturday 26 October 2019; 3pm kick-off.