Everything you need to know ahead of Town vs Hull

Danny Cowley’s Huddersfield Town host Hull City on Saturday 5 October 2019 looking to build on their first win of the season.

The Terriers go into Saturday afternoon’s Yorkshire derby at the John Smith’s Stadium (3pm kick-off) off the back of a 1-0 win against Stoke City.

Juninho Bacuna fired a late strike into the back of the bet to give the Cowleys their first win in charge of the Terriers.

Last time out at the John Smith’s Stadium, Town picked up their first point under the Cowley brothers following a 1-1 draw with Millwall.

The Tigers come into this game in good form unbeaten in their last five Sky Bet Championship games – winning two of them.

The midweek 1-0 win over Sheffield Wednesday meant they moved up to 13th place in the table. 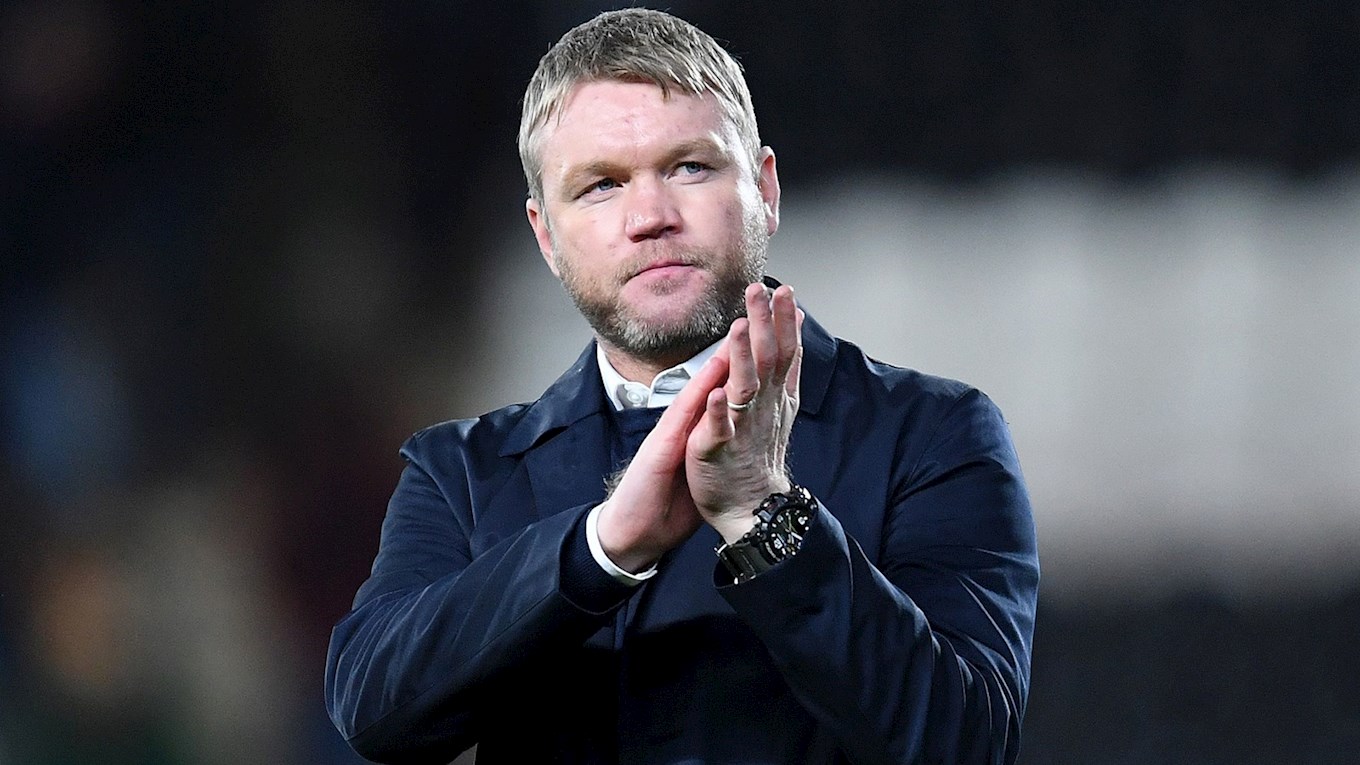 The 3-0 win over Luton Town two and a half weeks (21 September 2019) ago has been the Club’s only victory on their travels during the campaign.

The Tigers have scored in all but one of their Sky Bet Championship games this season, keeping two clean sheets – both coming in their last three games.

The last time the two sides met was in April 2016 and the game finished 2-2. The Terriers’ last win over Hull was in September 2004. Town won 4-0 that day after goals from Pawel Abbott, Rob Edwards, Chris Brandon and Andy Booth.

The English forward joined Hull City from his hometown club Hereford United in 2014 and has developed his game, breaking through to the senior squad in 2016. Since making his First Team debut three years ago, he’s proved to be a key asset for the Tigers, scoring 22 Sky Bet Championship goals in 2018/19 and has already re-discovered that goal-scoring form in the early stages of this season, with five goals already added to his tally. 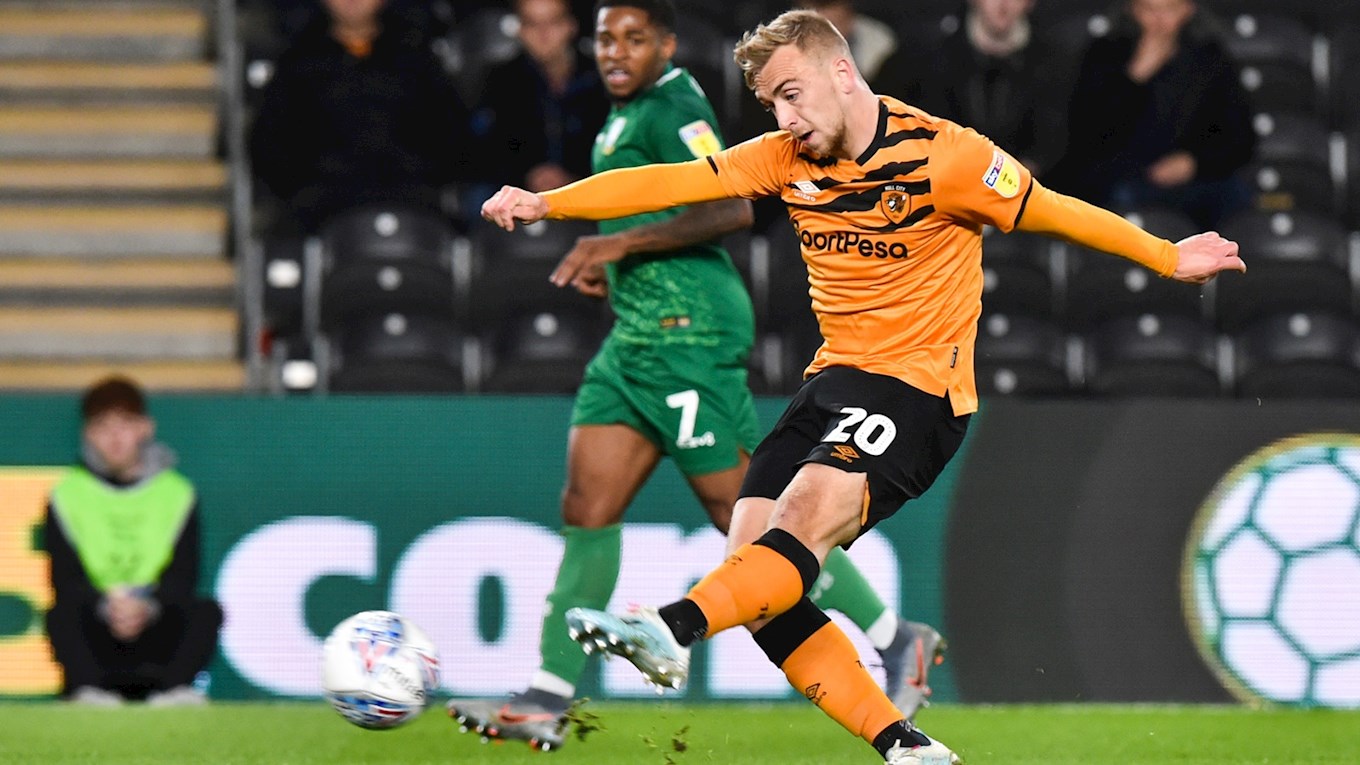 The Polish international has been a key player since joining from Stade Rennais midway through the 2016/17 season. Since then he’s played over 100 games for Hull, scoring 22 goals, with all 22 coming in the Sky Bet Championship. He has scored four goals in 10 league games so far this season. 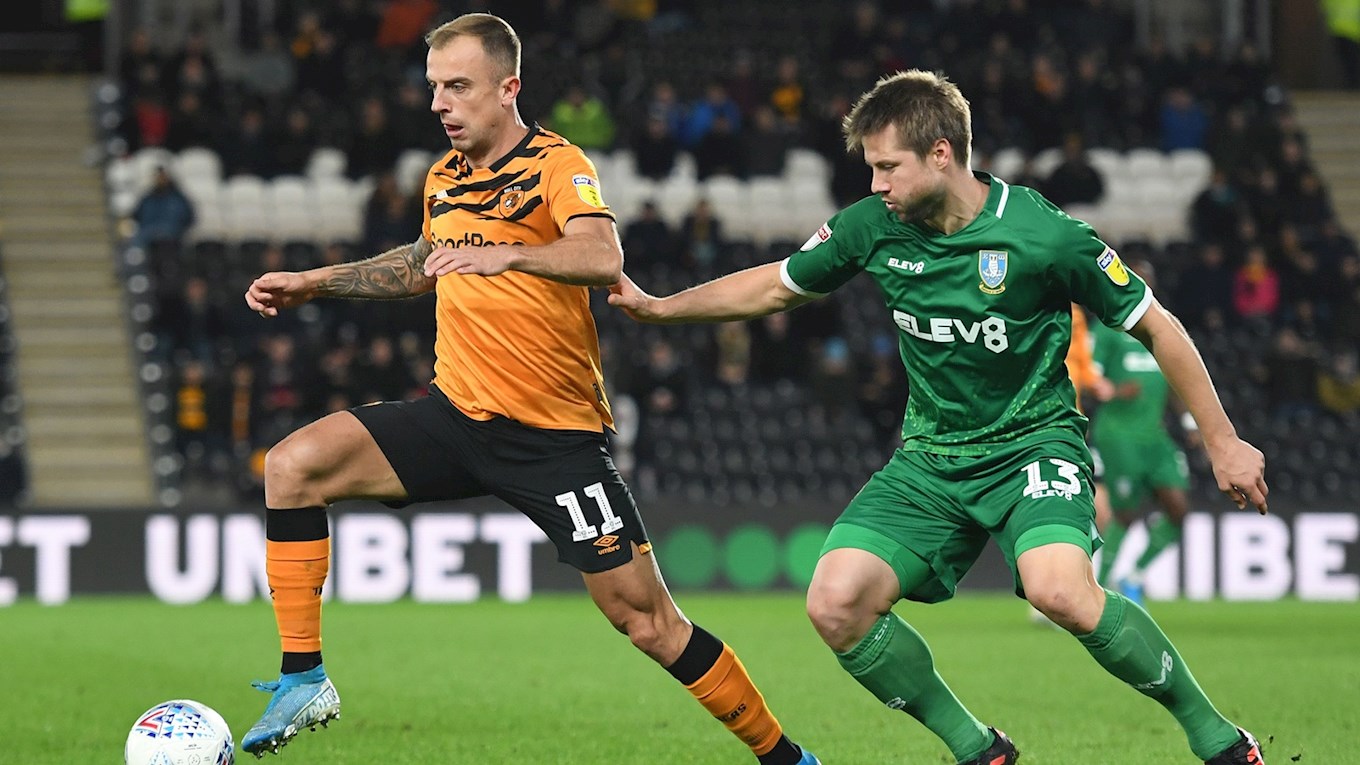 Eaves was one of the Tigers’ permanent signings joining from Gillingham on a free transfer. The forward netted 17 and 21 goals in respective seasons in Sky Bet League 1 during his two year stay at the Gills. He made his Hull City debut off the bench on the opening day of the season in a 2-1 away defeat to Swansea City. He scored his first goal of the season against Sheffield Wednesday mid-week. 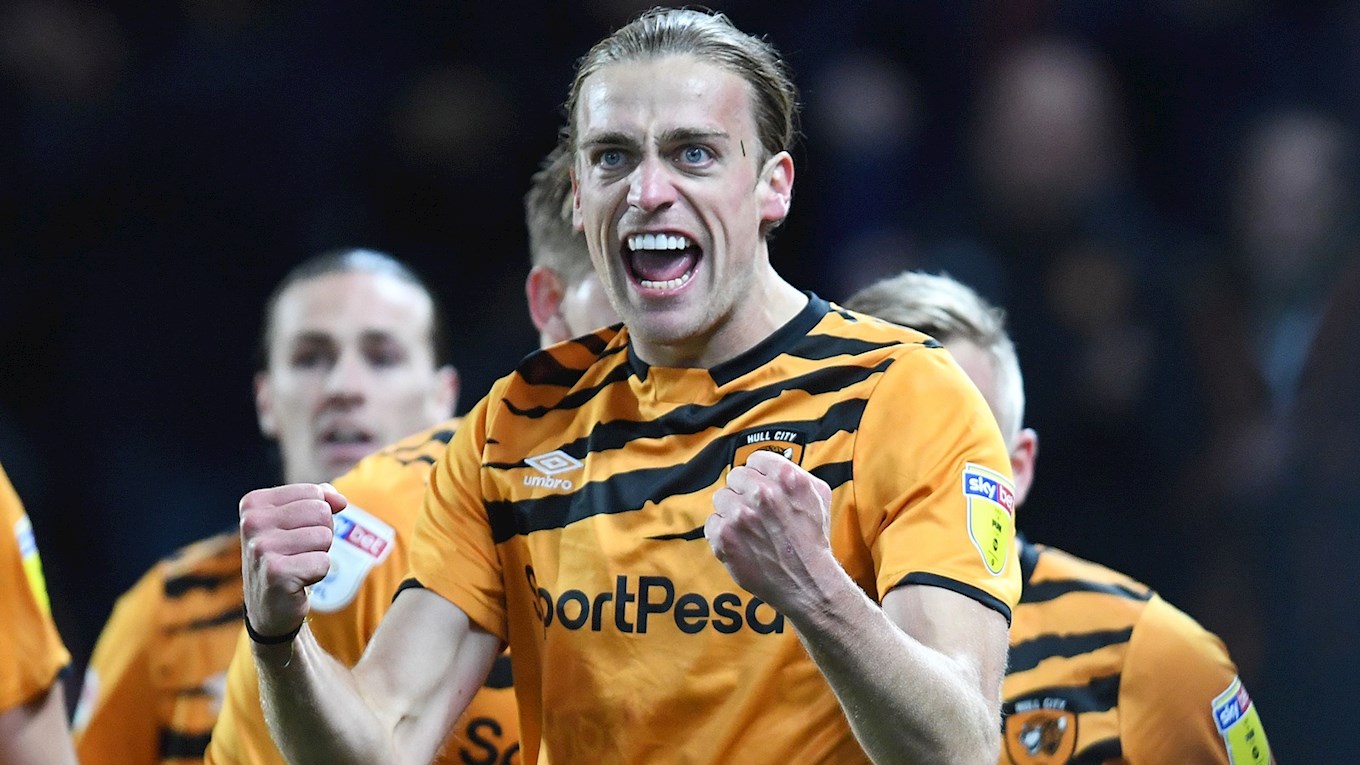 Cowley provided a positive injury update in his latest press conference and explained that Terence Kongolo and Alex Pritchard could be available after their respective injuries.

Collin Quaner could be unavailable due to his hip injury.

Huddersfield Town made it back-to-back competitive wins for the first time since August 2017 following a 3-0 victory over Hull City at the John Smith’s Stadium.

Second-half goals from Karlan Grant, Juninho Bacuna and Elias Kachunga were enough for the three points in the Yorkshire derby and a first home win for the Cowley brothers.

Danny Cowley made one change to the starting XI that battled to Town’s first win of the season at Stoke on Tuesday night, with Adama Diakhaby coming back into the team for Fraizer Campbell.

Town’s goal-scorer in the 1-0 win, Juninho Bacuna, started on the bench whilst Elias Kachunga made his 100th appearance for Huddersfield Town in all competitions.

Adama Diakhaby got the assist for that goal in midweek and started brightly again down the Terriers right-hand side. The winger continued to cause problems down the flank, but a quick succession of crosses couldn’t quite pick out a Town player waiting inside the box.

The visitors hadn’t had too much to shout about up the other end before putting together their first meaningful attack of the game on the half-hour mark. Brandon Flemming darted down the left before cutting the ball back for George Honeyman who saw his low effort gathered by Kamil Grabara.

Moments later, Kamil Grosicki saw his free-kick from around 25 yards out narrowly miss the top corner, after Jonathan Hogg had been booked for tripping Jarrod Bowen.

Both sides continued to grow into the game, with the encounter’s two best opportunities yet coming closer to half-time. First, Lewis O’Brien played in Jaden Brown on the left who saw his driven shot pushed away by Hull ‘keeper George Long.

Shortly after, neat link-up play on the right from Town saw Danny Simpson play in Karlan Grant who shifted the ball out of his feet before forcing Long into another diving save to his left.

Long’s opposite number, Kamil Grabara, was then back in action in Town’s goal, parrying a powerful effort behind from Tom Eaves at his near post to keep the scores level going into the break.

Town continued to push for the opener after the interval, in what was turning out to be a relatively open Yorkshire derby. Skipper Christopher Schindler couldn’t quite connect with a low cross from the left, seeing his effort go over the bar on the turn.

With 66 minutes on the clock, Danny Cowley looked for the opening by bringing on Tuesday night’s scorer Juninho Bacuna, and the midfielder made an instant impact just a minute later.

Town’s number 7 took control of the ball on the edge of the box before finding Karlan Grant inside the area who took a touch before volleying on the turn into the bottom corner superbly, to break the deadlock after 68 minutes.

Bacuna then went from provider to finisher to double the lead just six minutes later. The midfielder latched on to Adama Diakhaby’s ball from the right, on the run, finding the bottom corner to the delight of the jubilant Town fans inside the John Smith’s Stadium.

The Terriers had to stay focused to keep that two-goal lead however, as Josh Bowler tried his luck but Kamil Grabara was set to push away the goal-bound effort shortly after.

Town’s Fraizer Campbell made over 100 appearances for the Tigers across two spells and was introduced from the bench shortly after the goal, replacing Diakhaby as Town looked to put the game out of reach in the closing stages.

The Terriers got their wish and were in dreamland on 82 minutes after another swift move produced a third goal of the second half. Lewis O’Brien’s low ball across the box found a sliding Elias Kachunga who saw his effort at the back post go in off the bar to make it 3-0.

With five minutes added on, the Terriers had to preserve the clean sheet and did courtesy of Jaden Brown’s well-timed sliding block to deny Josh Bowler’s goal-bound strike.

The Town fans probably didn’t want the game to finish but referee David Webb brought proceedings to a close with the Terriers picking up back-to-back competitive wins for the first time since August 2017, to head into the international break with.

Next up for Danny Cowley’s Terriers is a trip to Ewood Park to face Blackburn Rovers in the Sky Bet Championship after the break, on Saturday 19 October 2019; 12.30pm kick-off.