All the info you need ahead of Preston vs Town!

- Preview ahead of the Terriers’ trip to Deepdale
- Home players to look out for
- Tickets for the game still available
Huddersfield Town make the trip across the Pennines to face Preston North End in the Sky Bet Championship on Saturday 9 November 2019; 3pm kick-off.
Town will head to Deepdale on Saturday looking to stretch the Club’s current unbeaten run to eight matches.
It comes off the back of a 1-0 win, also on the road, at Griffin Park last weekend. Karlan Grant’s second-half goal was enough for all three points in the Capital, last time out.
The Terriers haven’t won at North End’s Lancashire home since November 1969, nearly 50 years ago, when a Frank Worthington double and a Jimmy Lawson strike were enough for a 3-1 victory.
THE OPPOSITION
The Lilywhites go into Saturday’s encounter in a strong vein of form that sees them occupy 2nd in the Sky Bet Championship table after 15 games.
Alex Neil’s side have only lost once in their last 12 league games and are yet to be beaten at Deepdale in the Championship this season. 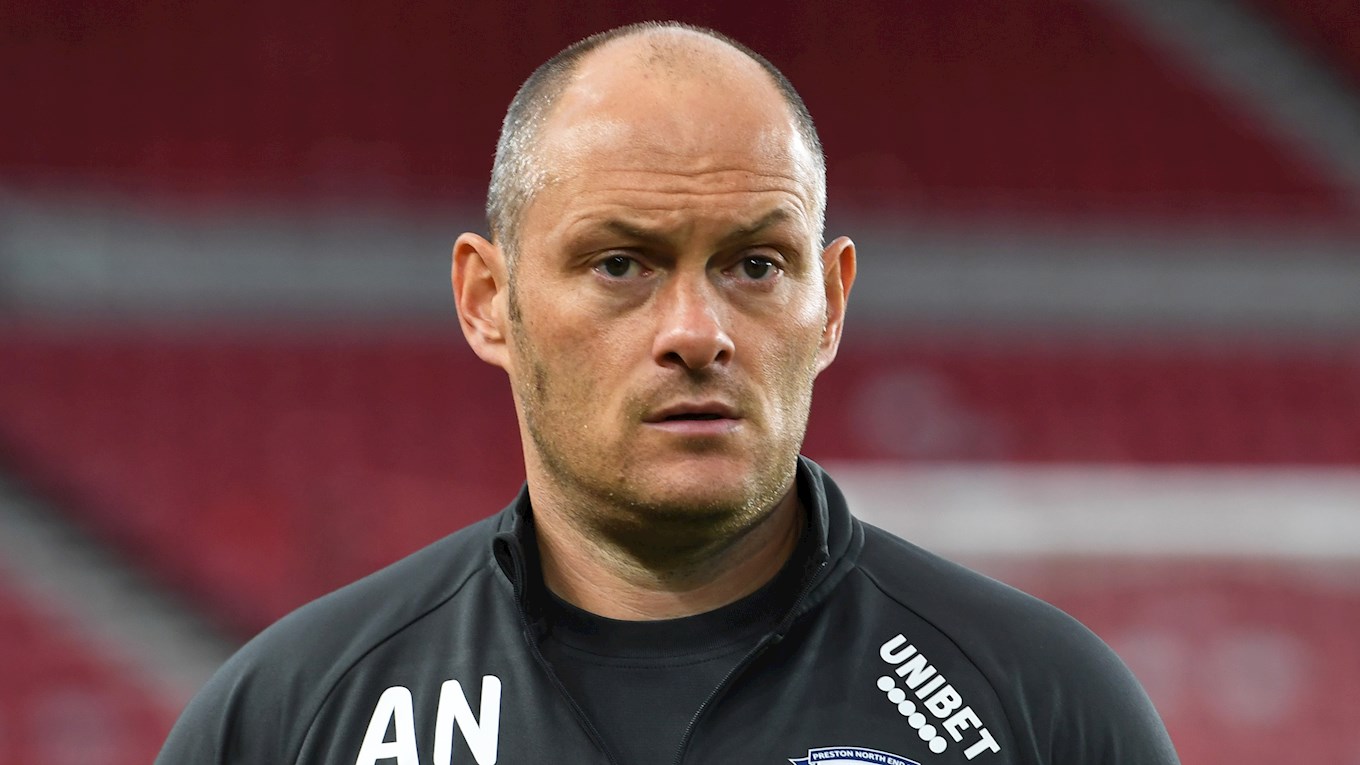 Last time out, a second half Paul Gallagher penalty at Charlton Athletic ensured a 1-0 win for North End at the Valley that briefly took them top of the table before West Brom’s win at Stoke City on Monday night.
Preston’s Daniel Johnson is currently the league’s highest scoring midfielder, with eight goals to his name so far this season.
ONES TO WATCH
DANIEL JOHNSON
The Jamaican-born attacking midfielder is currently in his fifth season at Deepdale having signed for Preston North End back in 2015 from Aston Villa. He had been on loan at three different clubs during his stay at Villa but quickly became a regular in the Preston setup and has since made nearly 200 appearances for the Lilywhites, scoring 39 goals. Eight of those strikes have come in this season’s Sky Bet Championship campaign, as Johnson currently leads the league in goals scored by midfielders.

PAUL GALLAGHER
The 35-year-old has a vast amount of experience in both the Premier League and the Sky Bet Championship having spent time permanently with Blackburn Rovers and Leicester City before making the move to Deepdale in 2015. He’s currently in his fourth spell with the Club, following three previous loan moves to Preston in 2007, 2013 and 2014 respectively. In total, the midfielder has scored 40 goals in 278 games, including the winner in Preston’s victory at Charlton Athletic last weekend. 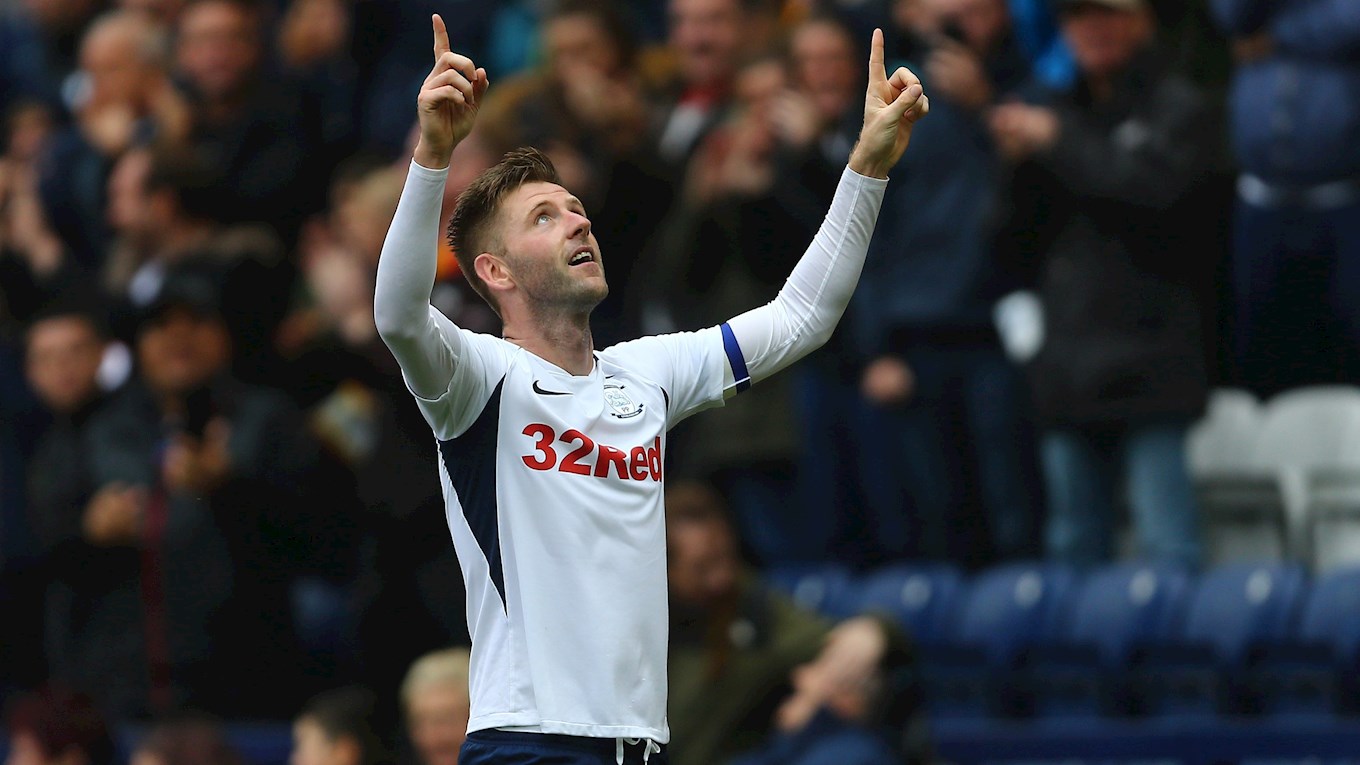 SEAN MAGUIRE
The Irishman signed for PNE back in 2017 from Cork City off the back of a successful season that saw him named 2016/17 PFAI Young Player of the Year. Since making the move to the Championship outfit, he’s scored 16 goals including three in 2019/20, playing in all three positions across the front line so far this season. He has six caps for the Republic of Ireland and was called up to the senior side’s most recent Euro 2020 qualifiers against Georgia and Switzerland. 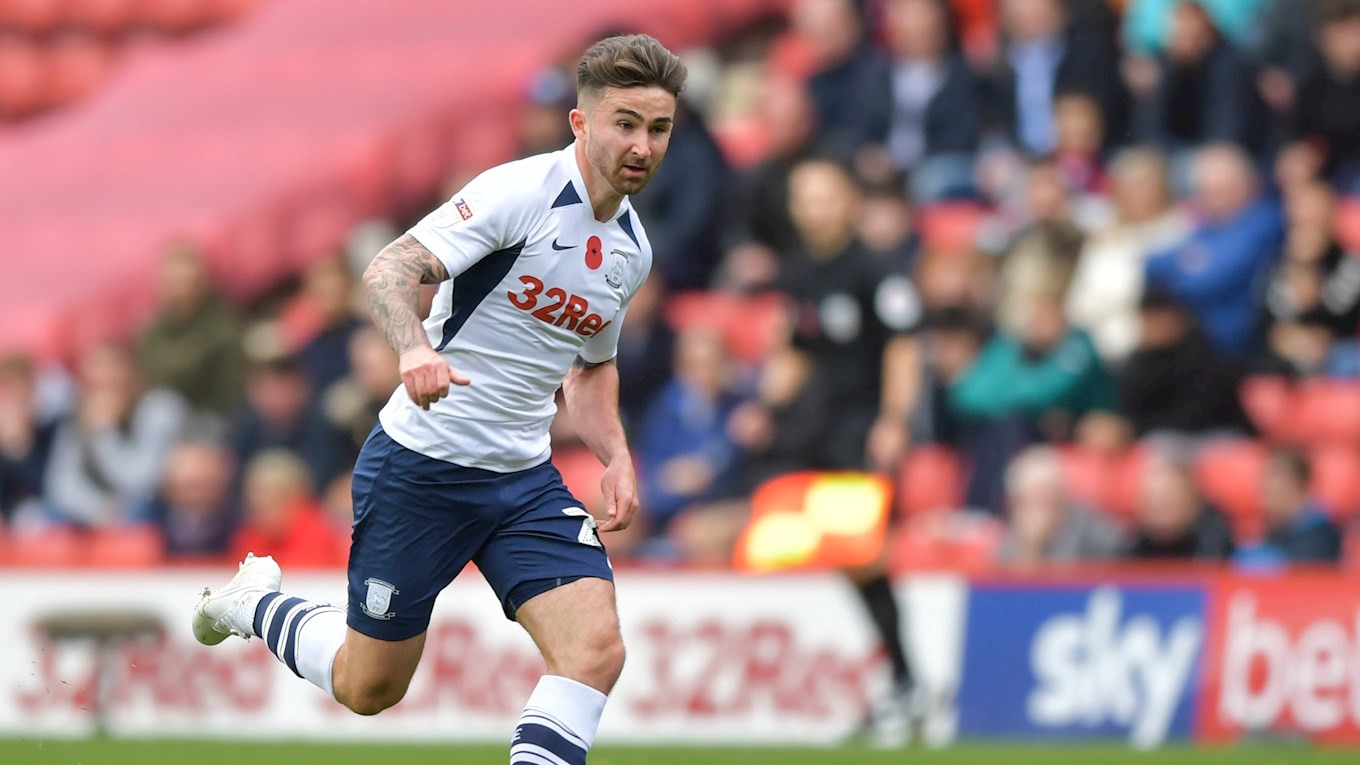 TEAM NEWS – PRESTON NORTH END
Midfielder Ben Pearson is suspended for the clash after picking up his fifth yellow card of the season in Sunday’s win at Charlton Athletic.
Top scorer Daniel Johnson is facing a fitness check whilst midfielder Josh Harrop and captain Tom Clarke are set to be unavailable for selection.
TEAM NEWS – TOWN
Manager Danny Cowley will give an update Huddersfield Town’s latest team news at his press conference on Thursday 7 November 2019.
Full-back Jaden Brown was forced off in the win at Brentford on Saturday with an ankle injury whilst Terence Kongolo (calf), Herbert Bockhorn (hamstring) and Collin Quaner (hip) are all still yet to return to action.
TICKETS
Tickets for Saturday’s game are still available – CLICK HERE to get yours now!
KIT
Town will be wearing the fiery coral kit at Deepdale on Saturday – CLICK HERE to buy yours ahead of the game!
SUPPORTER INFORMATION
If you're travelling to Deepdale, CLICK HERE to look at the away guide!
For information regarding disabled supporters visiting Deepdale, please CLICK HERE!

Juninho Bacuna pulled a goal back late on for the Terriers, but it wasn’t enough as Town suffered their first Sky Bet Championship defeat since September at Deepdale.

October’s Sky Bet Championship Manager of the Month Danny Cowley made three changes to the starting XI that won 1-0 away at Brentford last week.

Terence Kongolo made a timely return from injury, replacing Jaden Brown who picked up a knock in last Saturday’s victory at Griffin Park. Trevoh Chalobah and Adama Diakhaby were also named in the XI in place of the suspended Jonathan Hogg, and Fraizer Campbell.

Following a rendition of The Last Post 24 hours before Remembrance Day, the game got under way with Town kicking towards the Alan Kelly Sand in the first half at Deepdale.

The hosts had come into the encounter with a strong run of form behind them, losing just once in the last 12 games.

They looked to improve on that early on when Paul Gallagher stepped up to a free-kick 25 yards out, with his initial effort striking the post before Jayden Stockley headed in the rebound to give Preston a fourth minute lead.

But Danny Cowley’s side were looking to stretch Town’s unbeaten record to eight matches. The Terriers set out to respond immediately through Lewis O’Brien, who saw his shot from the edge of the area blocked on the his 50th career league start.

Town were then forced into an early change. Tommy Elphick was forced off after picking up a knock under a heavy challenge, with Jon Gorenc Stanković replacing him with just over 20 minutes played in Lancashire.

The game’s next chance came on 34 minutes, and it was the hosts who took it to double their first half advantage. Alan Browne was on hand at the back post to divert Thomas Barkhuizen cross from the right past Kamil Grabara in the Town goal.

It was Barkhuizen who was right at the centre of the action at the start of the second half too. This time, his cross struck the hand of Terence Kongolo inside the box with Paul Gallagher stepping up to smash home a Preston third.

Town were on the back foot following the penalty but were able to break out after a good interception by Lewis O’Brien. He played in Karlan Grant who held off the pursuing defender but could only drag his left-footed strike wide of the target.

The hosts pushed in search of a fourth on the 70th minute mark, as Jayden Stockley headed goal-wards, but Jon Gorenc Stanković did just about enough to put him off and ensure that the score remained at 3-0.

It didn’t stay like that for long however as Juninho Bacuna handed Town a lifeline on 74 minutes. Bacca drove forward, having been moved to right-back, before slotting past Declan Rudd in the Preston goal from the edge of the box.

The goal appeared to have energised Town, as did the introduction of Alex Pritchard from the bench. The midfielder latched onto Terence Kongolo’s cross from the left, nodding it goal-bound only for a well-timed block by a Preston defender diverting it behind for a corner.

For all of Town’s efforts, it was the hosts who saw out the remainder of the game, including the five minutes of added time, to take all three points and halt Town’s unbeaten run at seven games.

Next up for the Terriers is the visit of Birmingham City to the John Smith’s Stadium for a Sky Bet Championship clash after the international break, on Saturday 23 November 2019; 3pm kick-off.