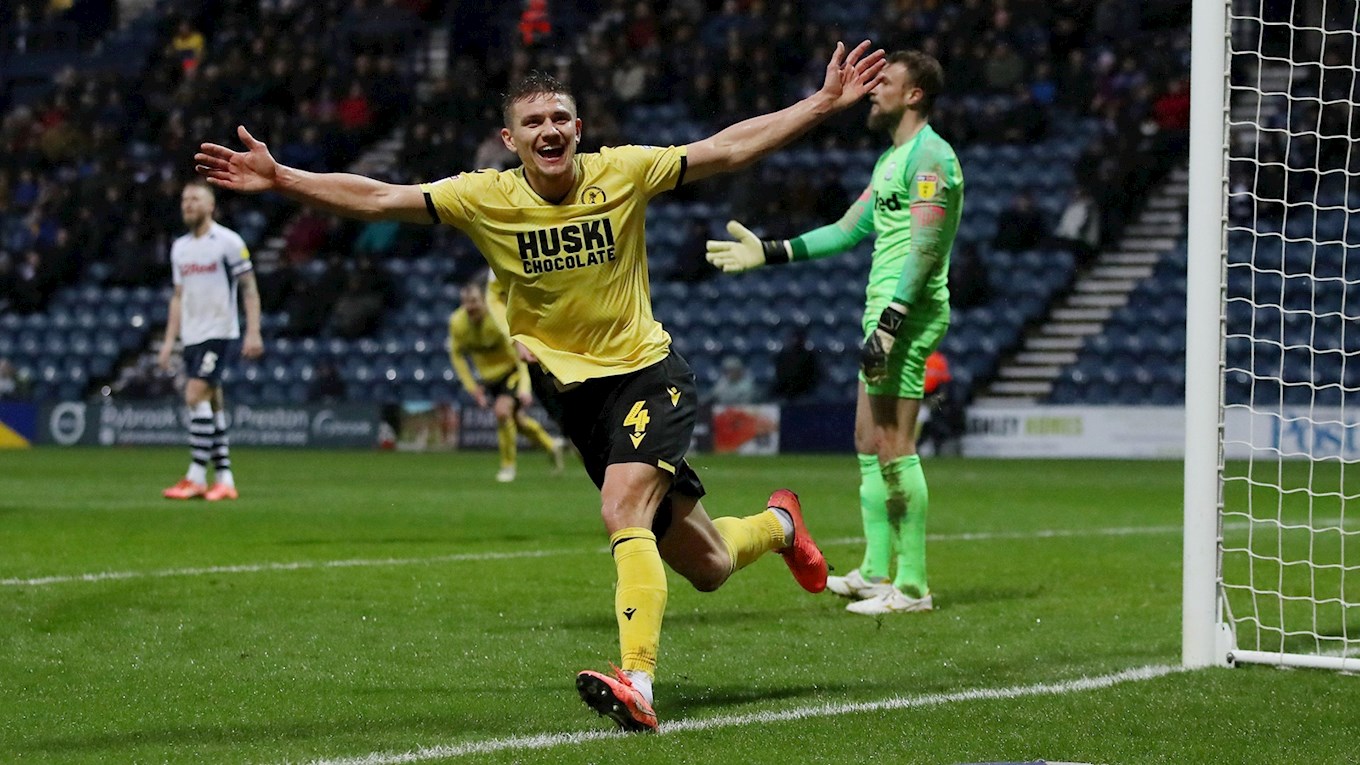 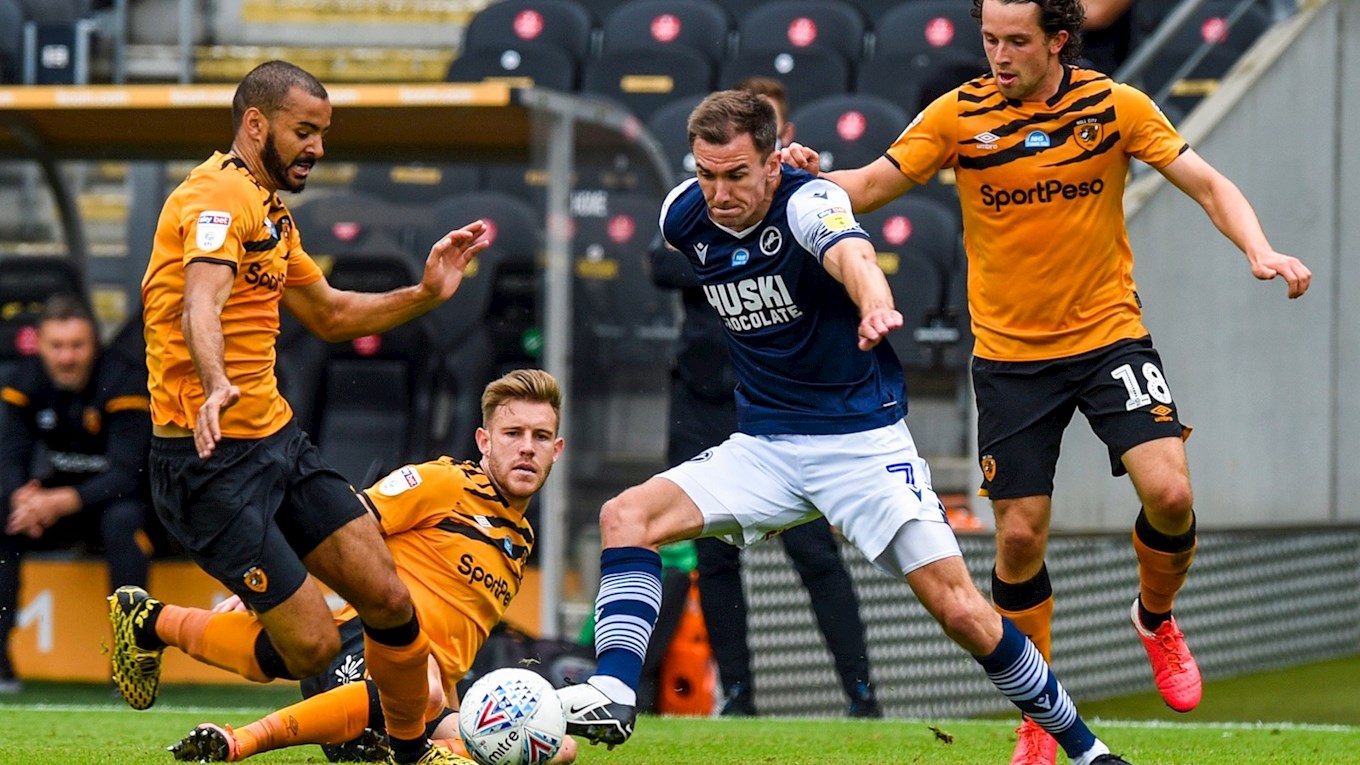 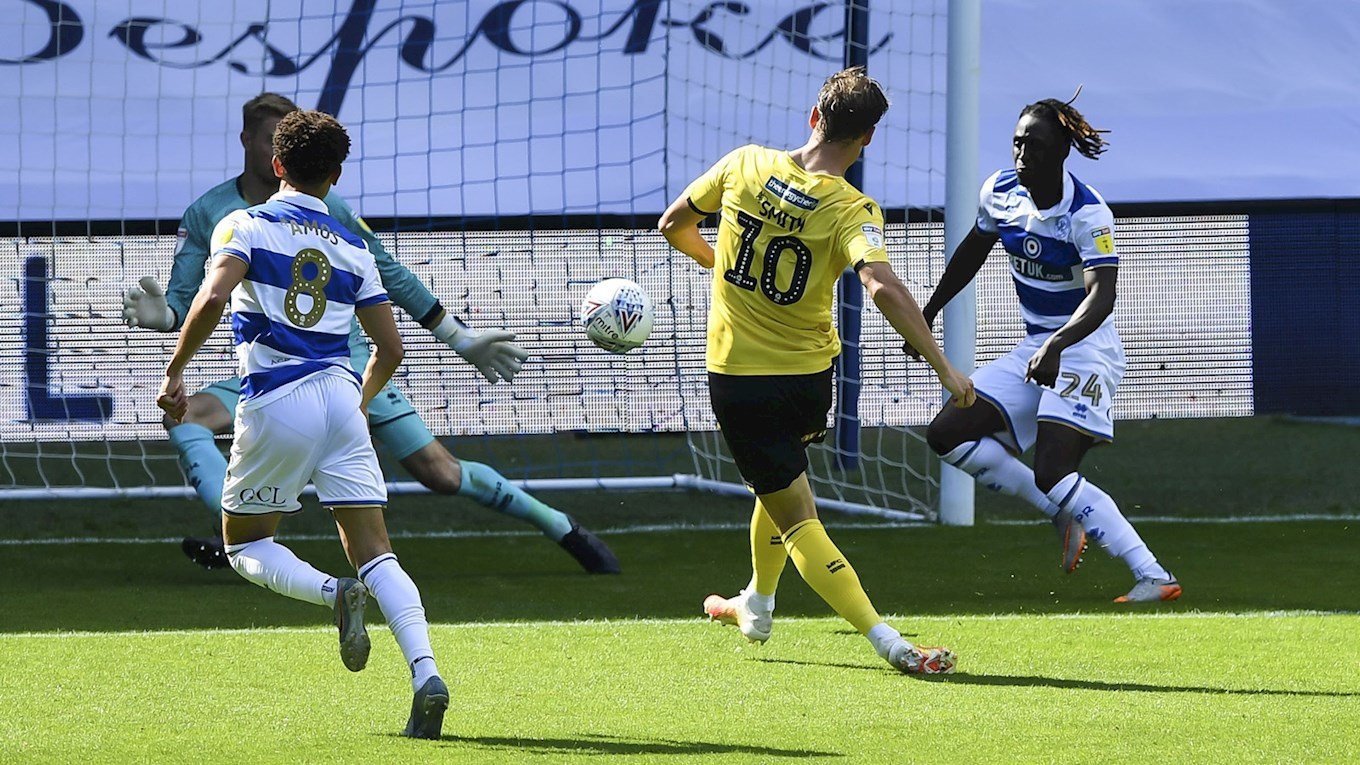 Huddersfield Town’s 2019/20 Sky Bet Championship campaign came to a close with a 4-1 defeat to Millwall at The Den.

Karlan Grant had levelled the scores going into half-time after Connor Mahoney’s early opener, but a second half header from Jake Cooper and strikes from Jiří Skalák and Jón Dadi Bödvarsson ensured the hosts claimed all three points in the capital.

Having been appointed to take charge of Town’s final outing of the campaign, Danny Schofield’s side had a youthful look to it with six changes from the 2-1 win over West Bromwich Albion on Friday.

Notably, Joel Coleman, Demeaco Duhaney and Aaron Rowe came into the starting XI with the latter making only his second start for the Terriers and his first appearance for the First Team in 16 months.

Barring a freak set of final day results both at The Den and elsewhere, Town looked to have already secured Sky Bet Championship football for another season prior to the game getting under way.

When it did get going, it didn’t adhere to the start Town would have liked. Connor Mahoney picked up the ball on the edge of the penalty area, before driving at the Town defence and unleashing a left-footed strike that found the bottom corner to put the hosts into a fourth minute lead.

The Terriers had plenty of the ball either side of the half-hour mark, but there were only half-chances to note in terms of goal-mouth action.

Harry Toffolo’s deep cross from the left found the head of Steve Mounié who knocked it into the path of Alex Pritchard but the midfielder’s header was blocked by a defender before Andy King fired wide after the ball had fell to him.

When Town did finally get a real sight of goal on 36 minutes, they made the most of it to level the game.

Trevoh Chalobah, who was named in the side as a late replacement for Captain Christopher Schindler who was ill, started the attack, working it to Alex Pritchard who slipped in Karlan Grant with Town’s no.16 keeping his composure to find the net for his 19th goal of the season.

With Schindler missing out on completing the set of playing in all 46 of Town’s Sky Bet Championship games this season, it was a proud night for Lewis O’Brien who took over the skippering duties.

Wearing the armband for the first time, the midfielder continued to assert his presence in the midfield and did enough on the stroke of half-time to put off a leaping Matt Smith from putting the hosts back into the lead.

Danny Schofield’s side finished the half strongly but started the second by going behind early on, as they had done in the first.

Jake Cooper got up highest to meet a corner from the right and head the Lions back in-front less than two minutes after the restart.

After a promising attack at the other end, Town nearly hit straight back. Having already got on the scoresheet once, Grant was denied at the near post before Andy King fired the rebound over from around 12 yards out.

Despite that opportunity, it was Millwall who found the net next to extend their lead after the hour mark.

Substitute Jiří Skalák capitalised on a defensive error from Town and placed the ball past Joel Coleman to make it 3-1 on 63 minutes.

Fellow substitute Jón Dadi Bödvarsson looked to also get on the scoresheet with one of his first touches after coming off the bench. The forward tried to catch Coleman off guard but the Town ‘keeper was alert to get down to his left and make the stop.

Having been denied on the occasion, Bödvarsson got on the scoresheet soon after. The Millwall forward found space on the edge of the six-yard box and prodded the ball into the net to make it 4-1 with just over 10 minutes left to play.

One positive for Town on the night was several First Team debuts for the Young Terriers from the bench. Scott High became the second of the evening, replacing Andy King late on, after Micah Obiero had also entered the fray for his professional debut at half-time.

Town’s side now had a youthful look to it, particularly after Jaden Brown was introduced from the bench to make a welcome return from injury, in the closing stages of the game.

The final whistle was sounded soon after with the Terriers’ season coming to a close with defeat at The Den, but Sky Bet Championship football for next season officially confirmed on the final day.