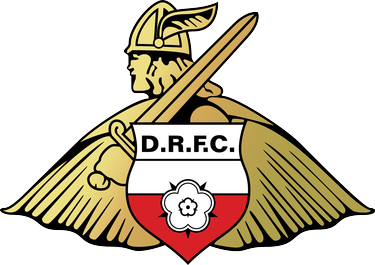 Jan Siewert’s Huddersfield Town will make the short trip across Yorkshire to face Sky Bet League 1 side Doncaster Rovers in a pre-season game at the Keepmoat Stadium on Wednesday 24 July 2019; 7.30pm kick-off.

The game will be Town’s fifth fixture of the summer, following three pre-season games on the trip to Austria before last week’s 3-1 win at Rochdale.

Wednesday night’s game at the Keepmoat Stadium (DN4 5JW) will be Town’s last match on the road before returning to the John Smith’s Stadium for Saturday’s final pre-season friendly against French side Montpellier HSC. The Terriers’ 2019/20 Sky Bet Championship campaign then begins at home to Derby County on Monday 5 August 2019.

Tickets for the game are still available to purchase prior to the game online or at the John Smith’s Stadium Ticket Office!

Tickets will also be available to purchase on the gate at the Keepmoat Stadium for the same price.

Ambulant disabled and wheelchair users are entitled to a free carer ticket upon purchase a full-price ticket of the correct age category.

Supporters who aren’t making the trip to Doncaster can watch the game live on iFollow HTAFC!

All you need to do is purchase a Monthly Pass or Season Pass to enjoy a live stream of the game.

Huddersfield Town will be wearing the BRAND NEW navy away kit against Doncaster Rovers!

You can purchase yours NOW! CLICK HERE to order online.

Rovers finished sixth in the Sky Bet League 1 table last season, only to be defeated by eventual promotion-winners Charlton Athletic over two legs in the Play-Off semi-final.

The Club were guided to last season’s Play-Off finish under former Manager Grant McCann, who has since left over the summer to take charge of Hull City.

McCann has been replaced by former Doncaster player Darren Moore, who took charge of West Bromwich Albion between 2018 and 2019 in his only other previous management role.

Moore has seen his side go through a mixed pre-season since taking charge at the Keepmoat Stadium, picking up a win against Gainsborough Trinity before a draw with Halifax Town and most recently a loss at Grimsby Town.

Town have never won at Doncaster Rovers’ new home but were the first Club to play a competitive fixture at the Keepmoat Stadium back on New Year’s Day in 2007. The Terriers most recent visit to the South Yorkshire Stadium was in the 2014 Championship season.

The penultimate game of pre-season pitted Jan Siewert’s side with a test against Sky Bet League 1 side Doncaster Rovers at the Keepmoat Stadium.

Jan Siewert named a young side for the game with a plethora of attacking options all over the pitch, including a start for Aaron Rowe at right-back; a position that may seem unfamiliar to most Town fans.

Town looked cool in possession in the opening stages, probing and moving the ball around patiently, with Bacuna arguably the standout with his expansive range of passing in his deep midfield role for the day.

Elias Kachunga was next to go close as Town progressed the ball forward quickly and Kachunga found space to fire through a crowd of bodies from the edge of the area narrowly wide of the near post.

Town made the breakthrough on the half-hour mark following a swift counter-attack from Town, instigated by Elias Kachunga collecting the ball deep in his own third. The Terriers advanced as Collin Quaner picked up the ball on the wing, taking on his man before laying it into Rajiv van La Parra who curled home from 25-yards - a lovely finish from Town’s Dutch winger.

Doncaster had their first chance soon after through James Coppinger. He fired a sweet strike from distance that forced Kamil Grabara to produce a flying save to his left to deny the veteran midfielder.

There was another chance for Town around the half-time mark. Reece Brown collected the ball on the counter and sent Rajiv van La Parra marauding forward. Rajiv was pushed wide by the Doncaster defence before driving to the byline where he took on his man before firing in a cross that so nearly presented Collin Quaner with a golden chance.

The second-half began with a powerful run forward from Juninho Bacuna, advancing past two before being fouled on the edge of the area. Town doubled their lead from the subsequent set-piece following a neat routine that freed up ‘Bacca’ at the far post for him to place home and double the lead for Jan Siewert’s side.

Having got Town’s second, Bacuna was taken off on the 50th minute mark and replaced by Lewis O’Brien.

Doncaster defender Joe Wright had received a caution early in the second-half for a heated exchange and received his marching orders on the hour mark following a late challenge on Rajiv van La Parra.

With the man advantage, the young Town side continued to probe and created a succession of notably through Rajiv van La Parra and Josh Koroma that came to no avail.

Isaac Mbenza was introduced with just over 15 minutes of the game remaining; his first minutes since his late report back following international duty with Belgium’s Under-21 side.

Next up for Town is the final pre-season game with the visit of Ligue 1 side Montepellier HSC this Saturday 27 July 2019 at the John Smith’s Stadium.