All the info you need ahead of Brentford visit

Huddersfield Town welcome an in-form Brentford side to the John Smith’s Stadium in the Sky Bet Championship on Saturday 18 January 2020; 3pm kick-off.

The Terriers will be looking to bounce back from a disappointing 2-1 Yorkshire derby defeat to Barnsley on Saturday.

New signings Emile Smith Rowe and Richard Stearman will be in contention to make their debuts for the Club having missed the game at Oakwell on Saturday, after only completing their moves on Friday afternoon.

Danny Cowley’s side were victorious in the return fixture earlier in the season, picking up all three points at Griffin Park courtesy of Karlan Grant’s second half strike.

The game will see Town return to the John Smith’s Stadium for the first time since New Year’s Day, in search of the Club’s first win of 2020.

The Bees have been one of the league’s hottest sides in recent weeks, sitting third in the Sky Bet Championship form table over the last five games, having registered 10 points from their last five league matches.

Within that run, the goals have been free flowing with impressive victories over Swansea City and Bristol City before beating local rivals Queens Park Rangers 3-1 last time out.

The London club’s front three of Saïd Benrahma, Bryan Mbeumo and Ollie Watkins all got on the scoresheet in that game and have continued to form a formidable partnership in the front line. 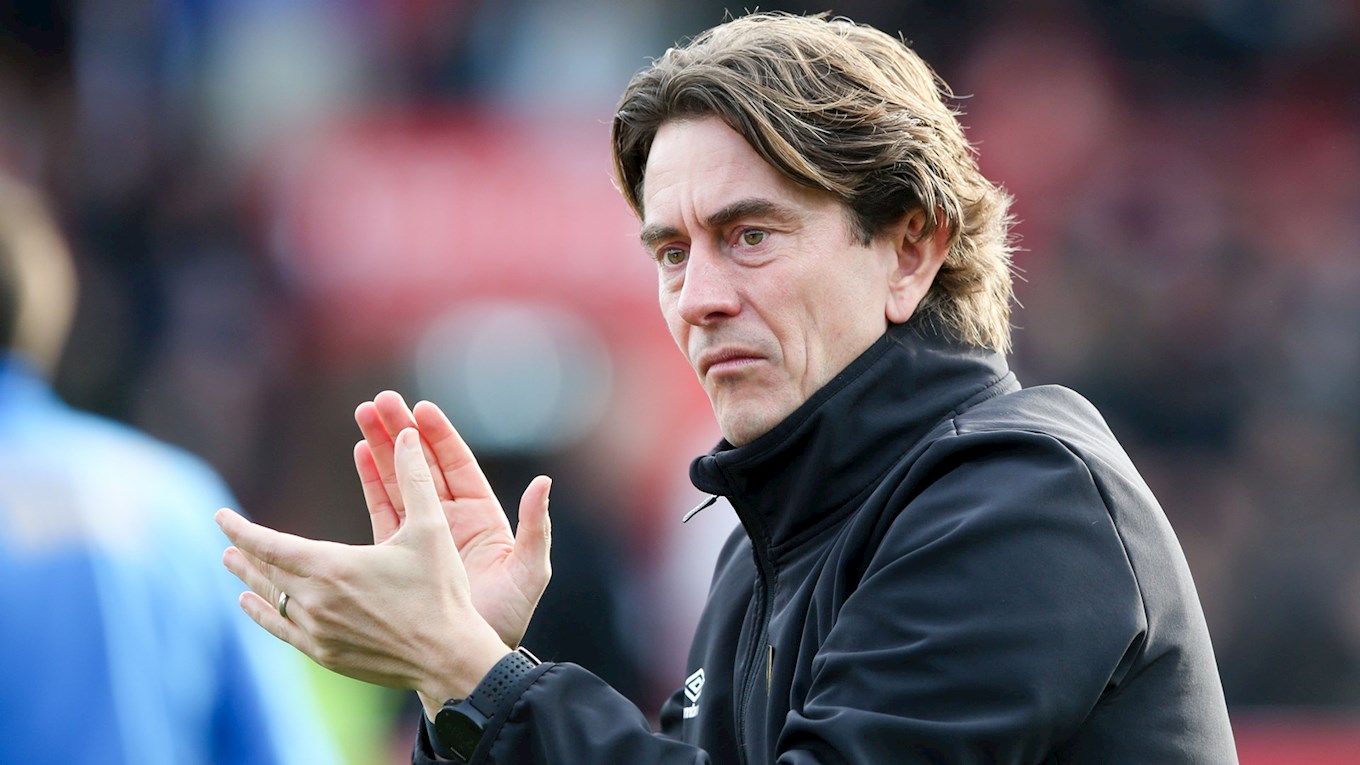 Since that game, Bees’ Head Coach Thomas Frank has signed a new deal, tying him to the Club until at least 2023.

It comes off the back of an impressive first 15 months in charge, having originally been Assistant Head Coach of the Club under Dean Smith, before being promoted to Head Coach in October 2018.

The midfielder came through the youth ranks at Arsenal before moving across London to Griffin Park in August 2018. He made his debut three months later in a Sky Bet Championship win over Millwall and went on to make 21 appearances in his first season with the Bees, scoring his first goal in the return fixture against Millwall. Dasilva has become a regular in Thomas Frank’s line-up so far in 2019/20, featuring in 24 games with six goals and three assists to his name. 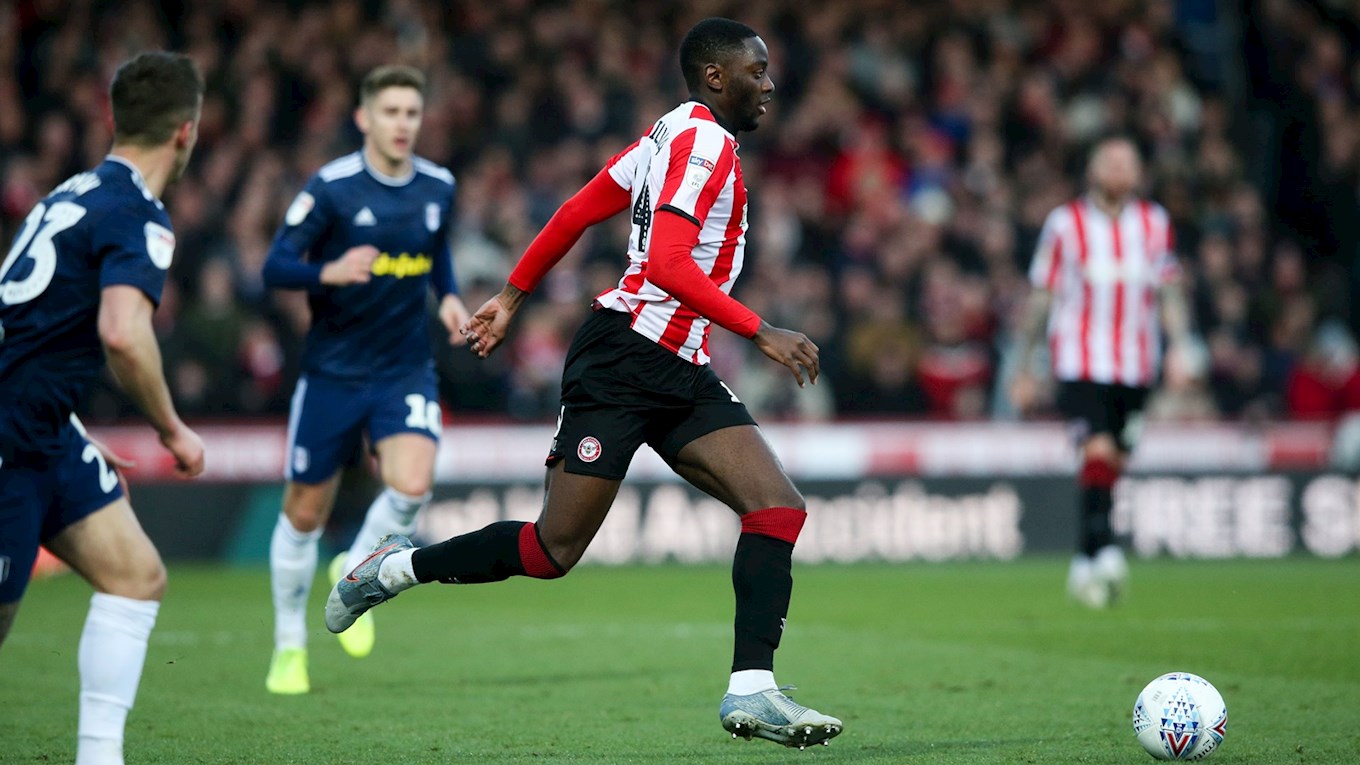 Benrahma has been one of the Bees’ key men so far in 2019/20, having joined from French Club Nice in 2018. The Algerian has often lined up on the left of a prolific front three alongside Bryan Mbeumo and Ollie Watkins and is known for his creativity as well as his goalscoring ability. His tally currently stands at five goals and six assists so far this season. 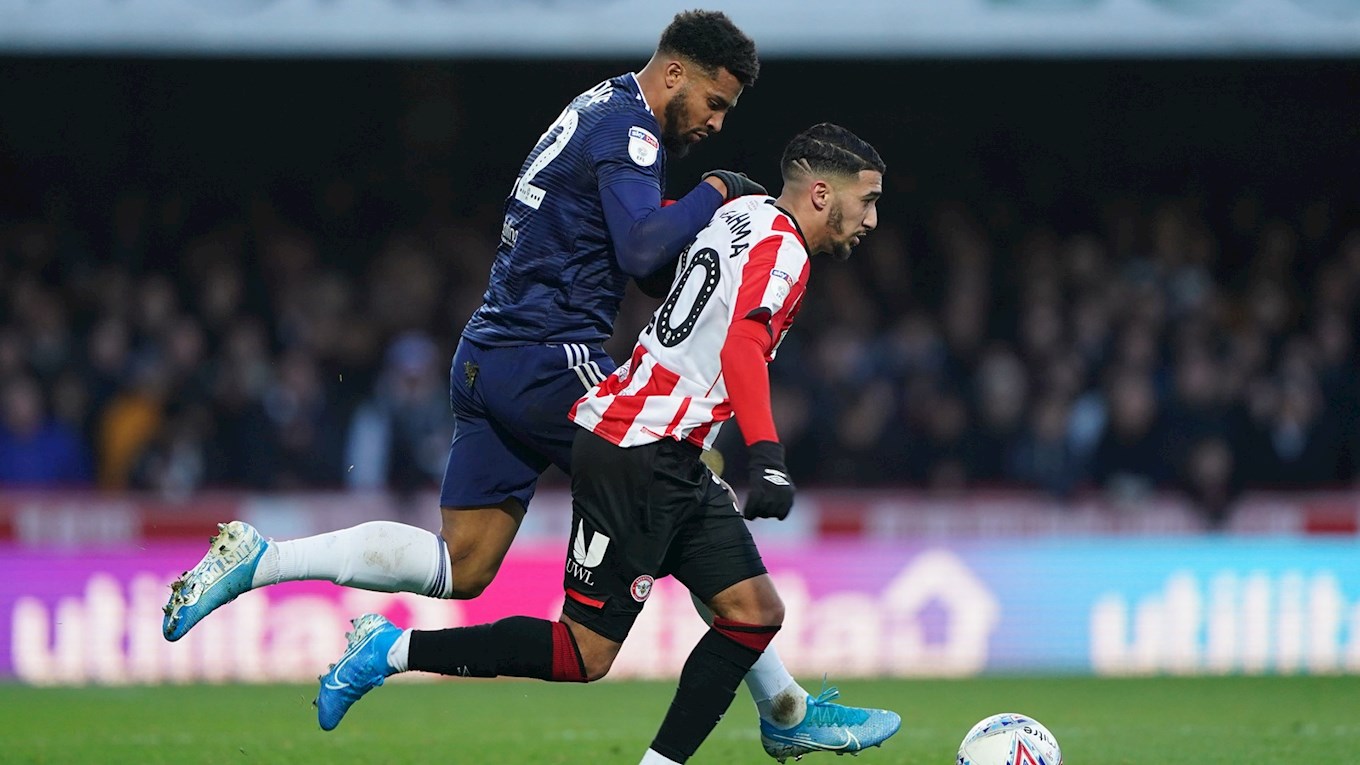 Watkins has flourished at Griffin Park since his step up to the Sky Bet Championship from Exeter City. At the Bees, he’s been converted from his traditional attacking midfield/winger role to a ‘number 9’ as the Club’s main attacking threat, particularly under Thomas Frank. That move has paid off as Watkins is currently the Club’s top scorer in 2019/20, and the joint-highest scorer in the Sky Bet Championship with 18 in total, alongside Fulham’s Aleksandar Mitrović. 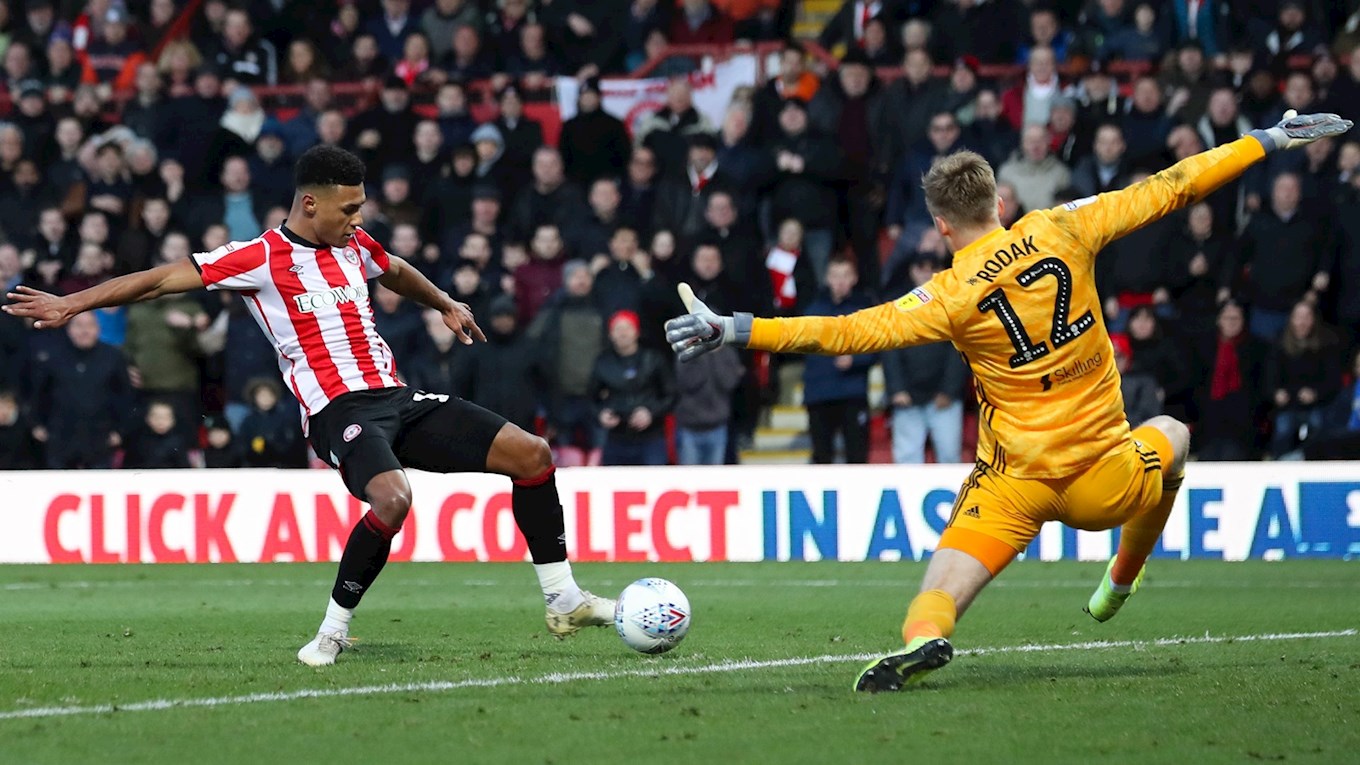 Manager Danny Cowley will give an update on Huddersfield Town’s latest team news during his press conference on Thursday 16 January 2020.

Jonathan Hogg will be unavailable as he serves the second and final game of his two-match yellow card suspension.

New signings Emile Smith Rowe and Richard Stearman are will be in contention to make their Huddersfield Town debuts in the game.

Huddersfield Town picked up their first Sky Bet Championship point of the calendar year following a 0-0 draw with high-flying Brentford at the John Smith’s Stadium.

Karlan Grant had Town’s best opportunity to win it, midway through the second half, but fired over from close range with the two sides remaining deadlocked at the final whistle in West Yorkshire.

Manager Danny Cowley named three of Town’s four new signings in the starting XI for the visit of the Bees; Richard Stearman and Emile Smith Rowe came straight in after their first week of training with the Club.

Harry Toffolo was also selected in the side having completed his move from Lincoln City the day before, whilst Andy King was named on the bench after joining on loan from Leicester City earlier this week.

The three starters got into the game early and were wasting no time in getting involved in a well-contested opening 25 minutes at the John Smith’s Stadium.

Stearman was predominant in that, throwing himself in front of an Ollie Watkins strike as Brentford looked for an early opening.

Moments later, it was Lewis O’Brien who found himself guarding Town’s goal with a block, as he charged down another well-hit effort from the visitors.

Karlan Grant got the winner for Town in the reverse fixture back in November and looked to be causing problems for the Brentford defence once again, on 39 minutes.

Town’s top scorer drove down the left side of the box before attempting to fire a low ball across the six-yard area, only for a well-timed visiting block to cut out the impending danger.

The Terriers were continuing to grow into the encounter and nearly edged ahead on the stroke of half-time. Grant’s corner from the right found the head of Trevoh Chalobah who nodded onto the roof of the net from close range.

Danny Cowley’s side were quicker into the second half too and with a slight bit of fortune nearly had the lead. Grant’s cross deflected off a Brentford defender and took a scrambling stop from David Raya to prevent Town breaking the deadlock.

Town’s number 16 then looked for goal himself and probably should have put the Terriers 1-0 up. The forward was unseen at the back post, meeting Emile Smith Rowe’s low ball in acres of space, but he couldn’t keep his shot down from around six yards out.

It was then one new boy to another on the provider front. Harry Toffolo swung in a good first-time ball from the left, after linking up with Smith Rowe, but there was nobody on hand to finish at the back post.

Smith Rowe was central to the action as Town continued to assert themselves on the game. The ball broke to the on-loan Arsenal midfielder on the edge of the box, with his goal-bound curling effort blocked into the goalkeeper’s path.

After Florent Hadergjonaj and Juninho Bacuna had been brought on in search of the game’s all-important first goal, Andy King was introduced by Danny Cowley for his Huddersfield Town debut, as the third and final change with just under 10 minutes left to play.

Brentford were going for a winner of their own late on too and produced the game’s closest chance to getting one. The ball broke to Josh Dasilva who squeezed his shot through a body of defenders and on to the base of the post as the clock ticked towards 90 minutes.

With just two minutes added on, neither team could find the time to make a last gasp breakthrough with the two sides sharing the points at the John Smith’s Stadium.

Next up for Town is the short trip to the KCOM Stadium to face Hull City in the Sky Bet Championship on Tuesday 28 January 2020; 7.45pm kick-off.