Everything you need to know ahead of Town vs QPR

The Terriers head into the weekend off the back of a narrow 3-2 defeat away to third place side Fulham, a match which Danny Cowley described as ‘a rollercoaster of a game’.

Ahead of Saturday’s game, the Rangers lost 1-0 at home to Bristol City, marking three losses in a row for Mark Warburton’s side in all competitions.

In the reverse fixture in August 2019, Karlan Grant’s penalty kick was not enough to claim victory, as Grant Hall’s late header denied the Terriers all three points, the match ending 1-1.

Prior to the match, The Rangers sit in 16th in the Sky Bet Championship.

Mark Warburton’s side will be hoping to alter their away fortunes, having picked up only 16 of their 38 points whilst on the road. 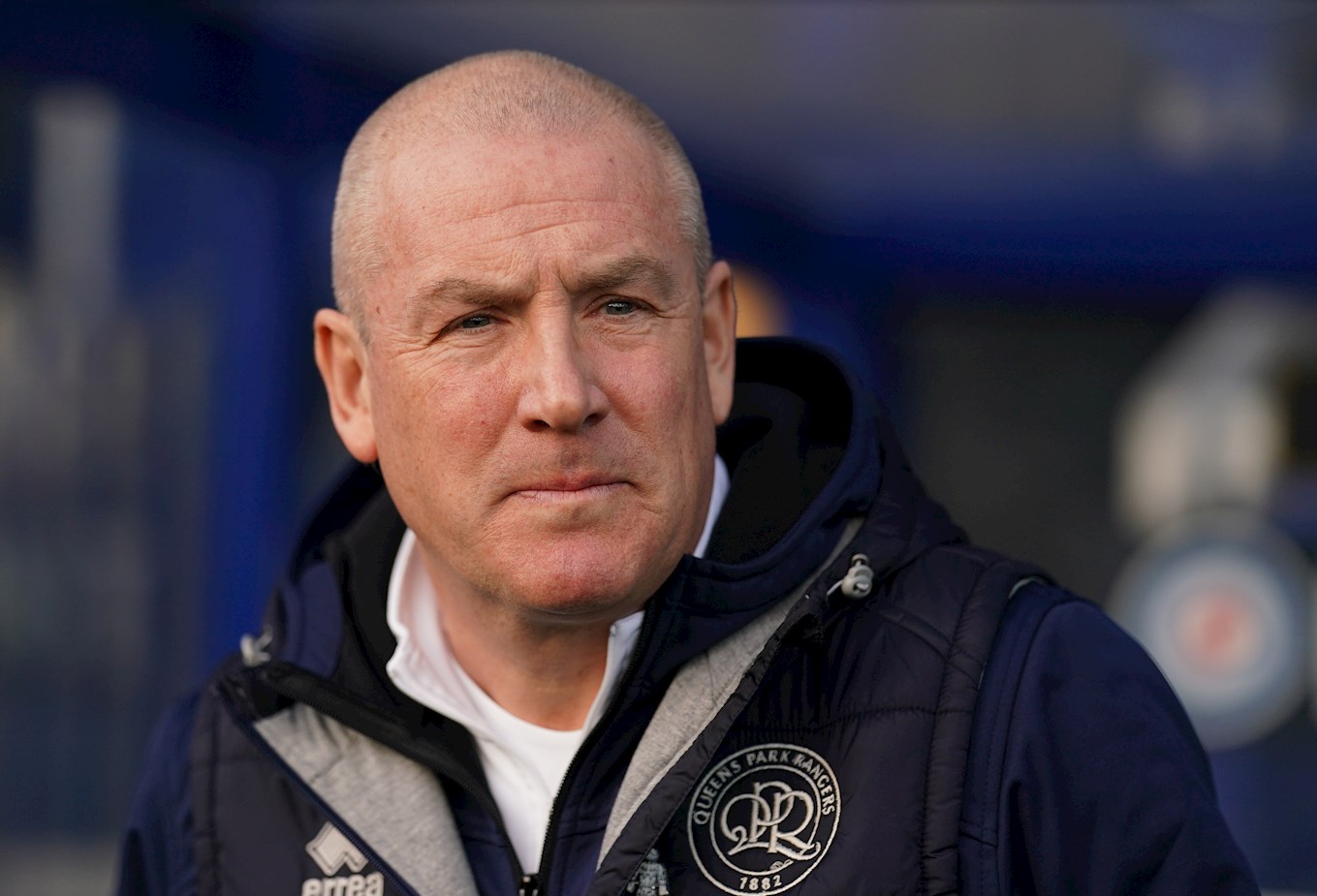 QPR have had a mixed bag so far this season, with wins over Millwall, Blackburn and Preston showing that they’re a team with real threat when they’re in form.

The Rangers will also be hoping to change their current run after losses to Blackburn and Bristol City in the Sky Bet Championship. Their last win was a dramatic 1-0 victory against second place side Leeds United in January.

The defender signed for QPR from Blackpool in August 2015. He made his debut five years later in a 3-0 win against Yeovil Town. He was also named Supporters’ Player of the Year award at the end of the 2015/16 campaign. Hall has been a mainstay of Warburton’s starting XI so far this season, starting 24 times, bagging three goals and gaining one assist. 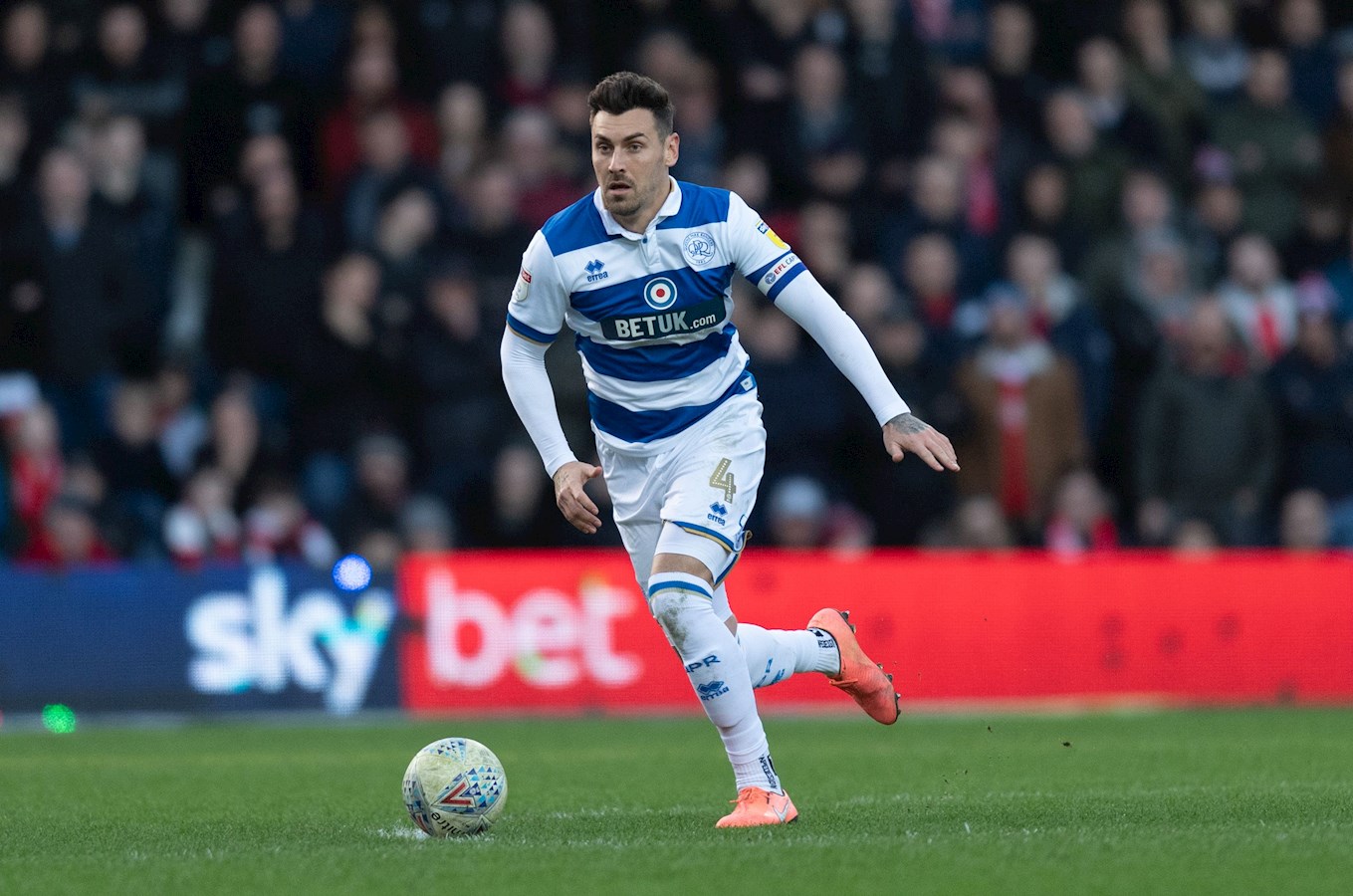 The 21-year-old’s career started at Millwall as youth player, before joining QPR in August 2016 after a successful trial. His breakout season was 2018/19, when he played 42 games for the Club and scored four times. He’s started all 30 of QPR’s games so far this campaign, netting 10 goals, including two braces, in the process. 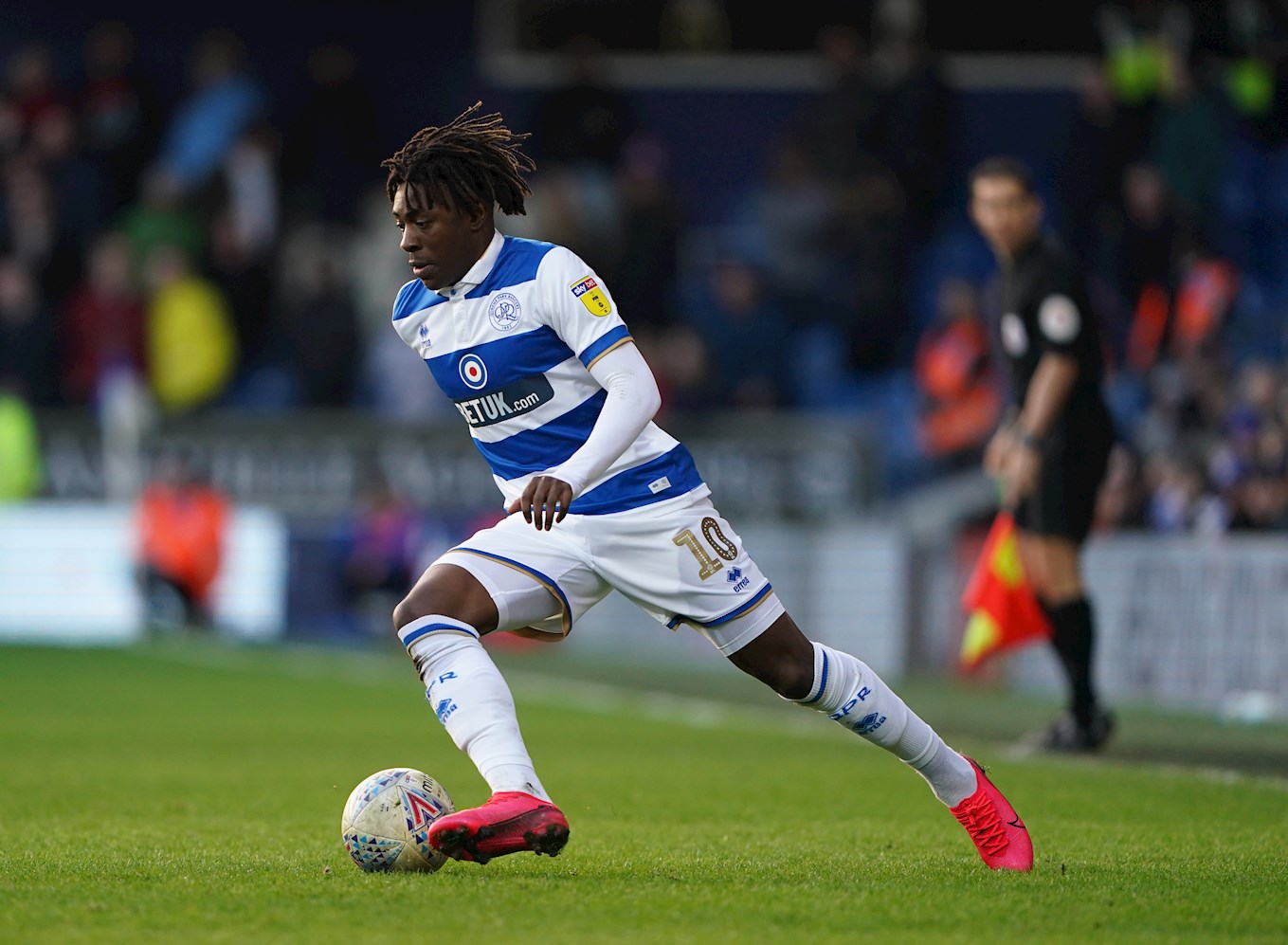 The forward joined QPR on loan from Premier League Club West Ham United ahead of the 2019/20 season. He scored on his debut as QPR recorded a season opening 2-1 victory at Stoke City. So far he’s made 28 appearances, including 19 starts, and nine goals. 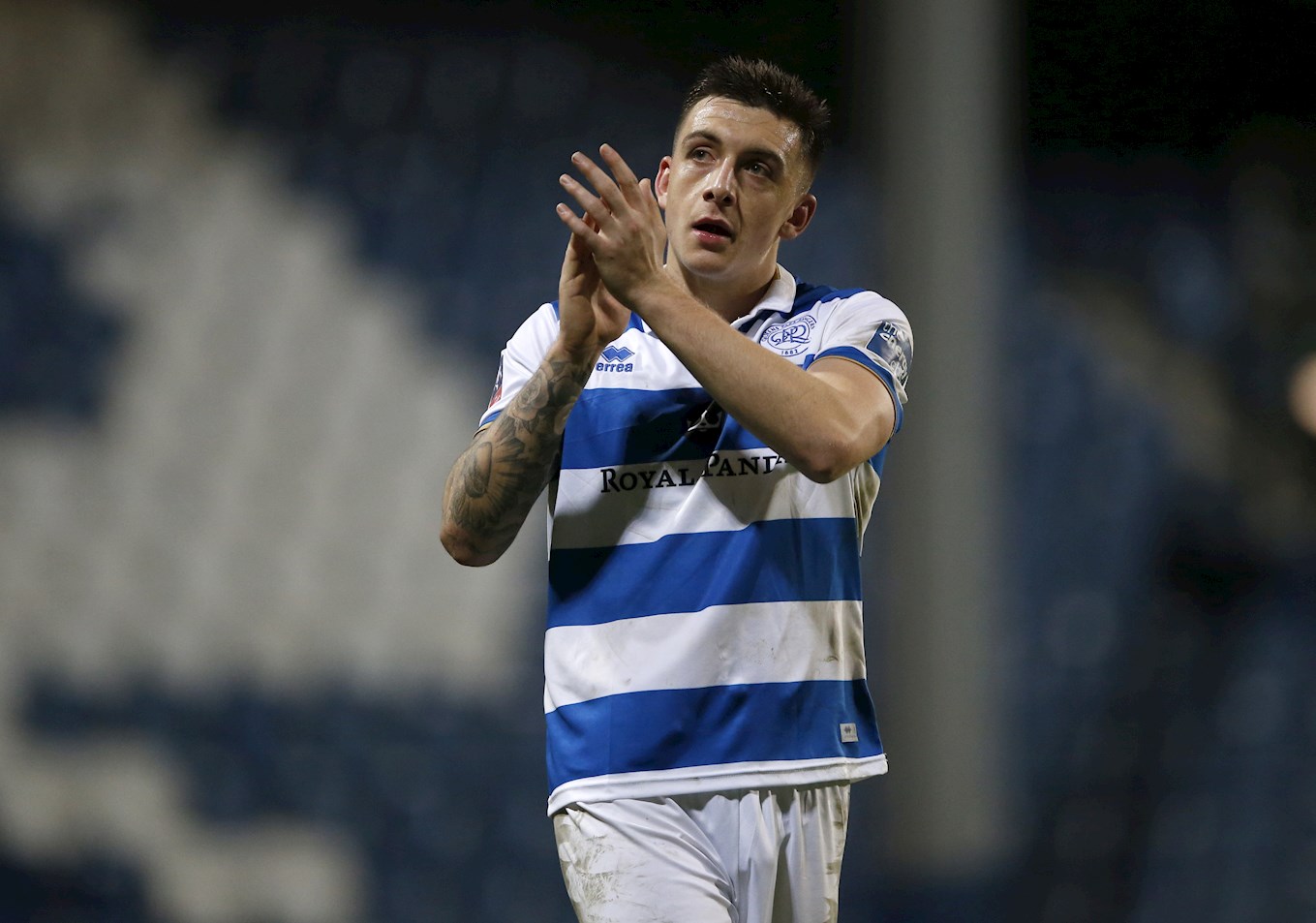 New signing Chris Willock and the returning signing Lössl will be in contention to play this weekend.

Charlie Owens (knee) may be unavailable to play, whilst Geoff Cameron is currently serving a yellow card suspension.

Huddersfield Town recorded a first home victory of the calendar year following a 2-0 win over Queens Park Rangers at the John Smith’s Stadium.

Two goals in four second-half minutes from Elias Kachunga and Steve Mounié was enough for the Terriers who claimed all three Sky Bet Championship points and a second successive home clean sheet, following a confident performance on home soil.

Town goalkeeper Jonas Lössl was named in the starting XI on his return to West Yorkshire following his deadline day loan move from Everton.

Danny Simpson and Jonathan Hogg also came into the side from last weekend’s defeat at Fulham; replacing Trevoh Chalobah, and Karlan Grant who was ruled out with a knock.

There was a poignant atmosphere at the John Smith’s Stadium prior to the game, with a minute’s silence to mark the recent passing of Town Academy graduate Jordan Sinnott. The ground was also on its feet for an applause on the 25th minute of the match.

The game’s first chance went the way of the visitors and to Jordan Hugill. The QPR forward latched onto Eberechi Eze’s floated ball over the defensive line but could only direct his shot into the side netting.

Town had started the game in a lively manner, pressing the visitors high from the off. The early tempo nearly had its reward on 16 minutes after the ball broke to Harry Toffolo, but his flashed effort sailed over the bar.

Emile Smith Rowe was named the Quest EFL Player of the Weekend having bagged his first goal and assist for the Club in the defeat at Fulham last time out and he looked in the mood again off the back of that, against this week’s West London opposition.

His driving run from midfield caused problems for the visitors’ defence, as he skipped past multiple challenges, only for a well-timed last-ditch tackle.

Chances were continuing to be carved out at both ends. Jonas Lössl did well to tip over Luke Amos’ swirling effort, before Grant Hall hit the post from the resulting corner. Down the other end, Steve Mounié connected with Juninho Bacuna’s cross from the left but his effort was stopped by QPR ‘keeper Liam Kelly.

For all the chances in the closing stages of the half, the deadlock remained at the break. The second half then picked up where the first had left off, with Town attempting to seize the momentum early.

Mounié’s aerial ability was on display once again, as he knocked the ball into the path of Richard Stearman who saw his effort on the half-volley gathered by Kelly.

Town’s persistence continued and this time it was the aerial presence of Elias Kachunga that was on hand to give the Terriers a 57th minute lead.

The winger headed home Toffolo’s cross and Huddersfield Town’s 6,000th league goal after good work from the full-back down the left side of the penalty area.

Having scored the opener, he turned provider, winning a penalty after being brought down in the box. Mounié stepped up and placed the past Kelly to double Town’s advantage with his sixth goal in nine games.

Kachunga couldn’t keep himself out of the action and nearly had Town’s third whilst he was at it. A corner from the right found an unmarked Bacuna who found the winger, but he couldn’t work enough room to squeeze it past Kelly diving at his feet.

Danny Cowley’s side were playing with more and more confidence as the minutes ticked by. Substitute Andy King embraced that confidence immediately and nearly got himself on the scoresheet, only for an outstretched stop from Kelly, to tip his effort round the post.

Moments later, King swept Kachunga’s pass just wide of the target before Toffolo bombed down the left once again but miscued his attempt as the game moved into the four minutes of added time.

Next up for Town is a second of two successive home Sky Bet Championship games at the John Smith’s Stadium, with Cardiff City the visitors to West Yorkshire on Wednesday 12 February 2020; 7.45pm kick-off.