Everything you need to know ahead of Fulham vs Town

Huddersfield Town travel to London to take on Fulham on Saturday 1 February 2020 in the Sky Bet Championship at Craven Cottage; 3:00pm kick-off.

The Terriers make the trip to Craven Cottage following a mid-week fixture against Hull City, also away from home, where they recorded a 2-1 win courtesy of a stoppage time winner from Steve Mounié at the KCOM Stadium.

Prior to this Saturday’s game, The Lilywhites lost 4-0 to Premier League side Manchester City in the Fourth Round of the Emirates FA Cup.

In the reverse fixture, The Terriers fell short of the three points, losing 2-1 against Fulham, with goals from Aleksandar Mitrovic and Ivan Caveleiro giving the away side the win.

Ahead of the game, The Lilywhites sit in 4th position in the Sky Bet Championship.

Fulham have a marginally better record in front of their home support at Craven Cottage than on their travels, having picked up 27 of their 49 points on home turf. 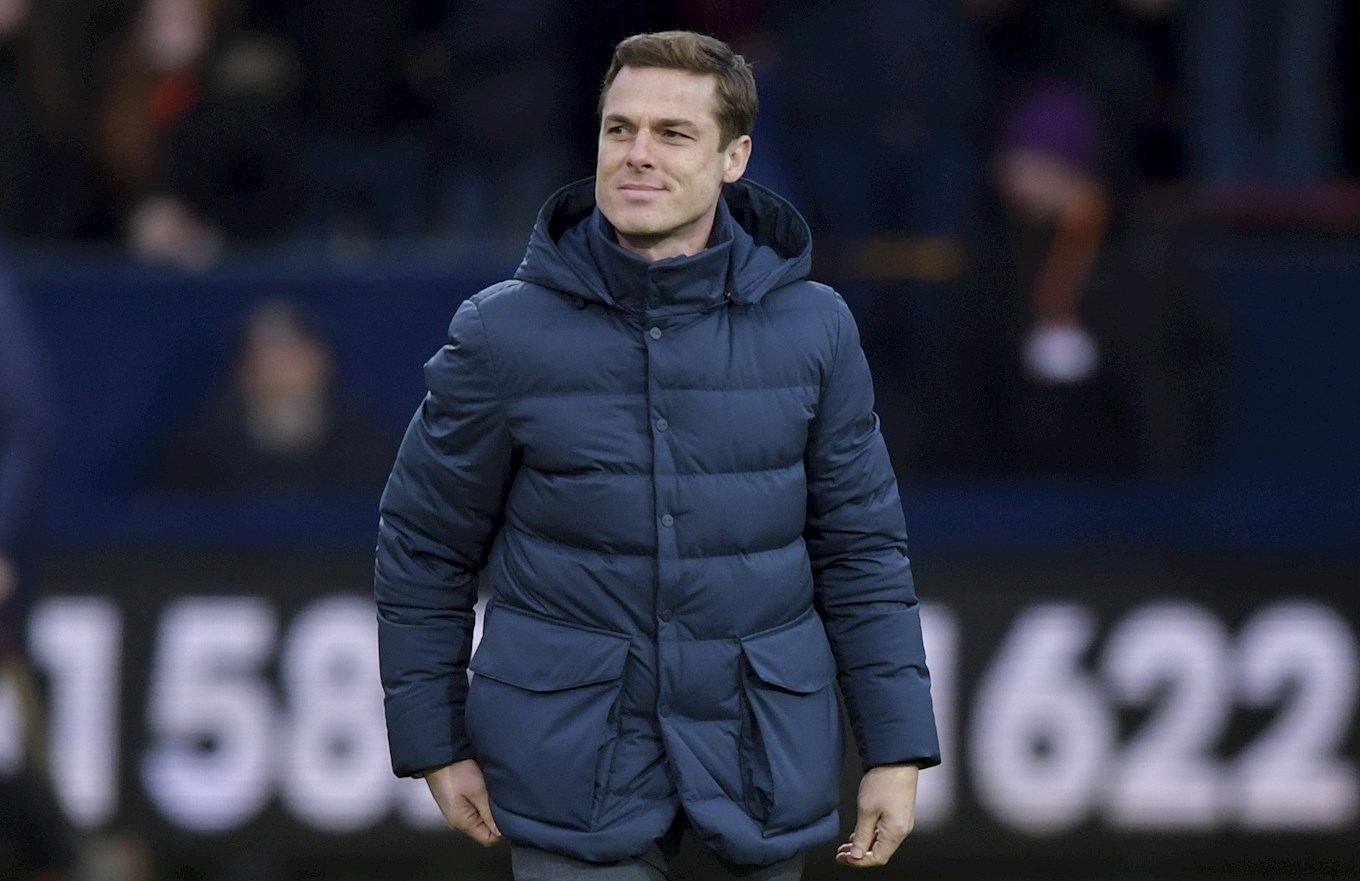 The Cottagers are unbeaten in their last three home league games. Parker’s side beat Middlesbrough and Hull City before the draw with Charlton Athletic last time out in the league.

Having made his move to the Lilywhites permanent earlier this month, the winger has been an integral part of Fulham’s 2019/2020 campaign whilst on-loan. Starting in 28 league games, Cavaleiro has six assists and has scored six Sky Bet Championship goals making him Fulham’s second highest top scorer alongside Tom Cairney. 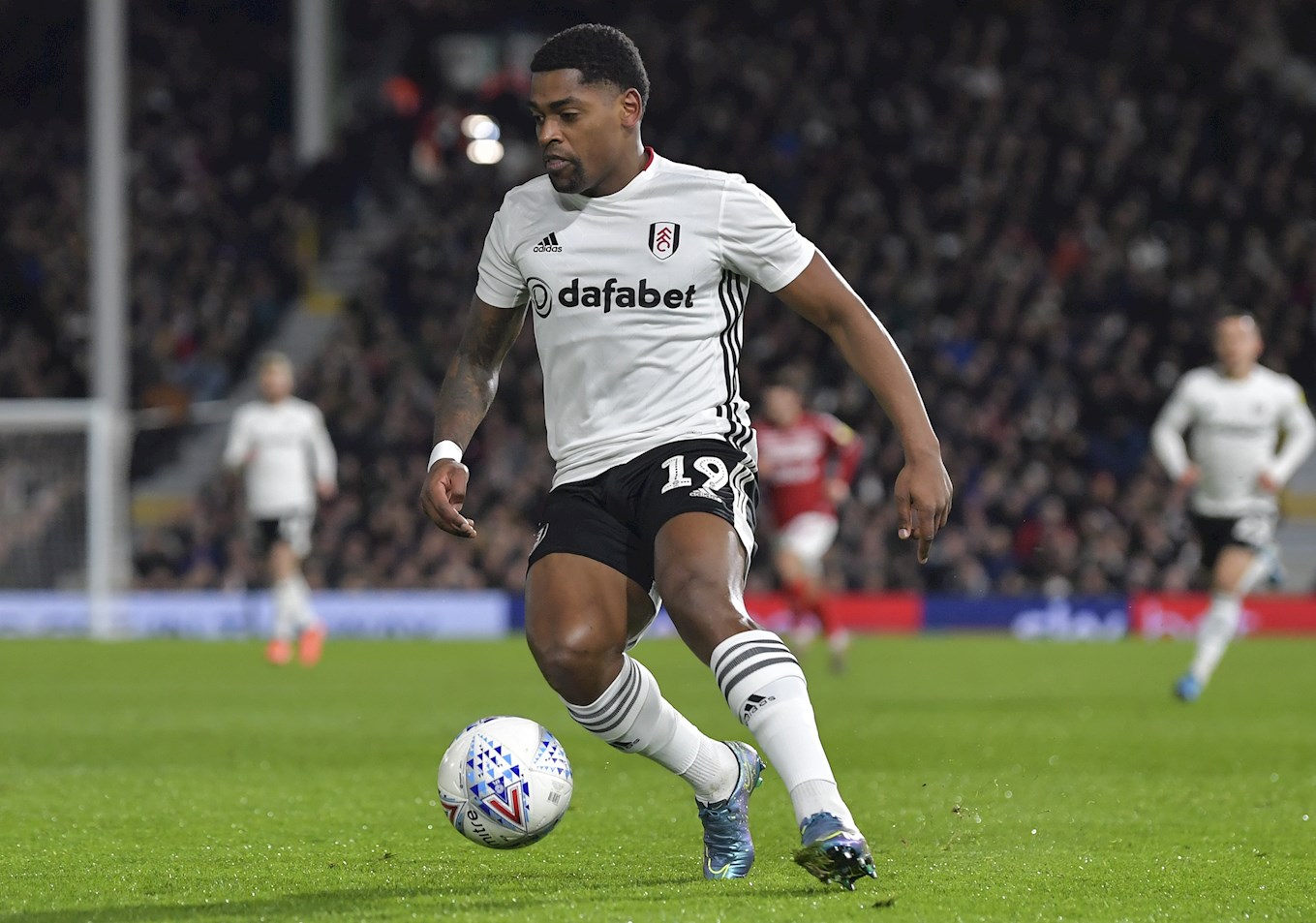 Since his move to Craven Cottage in 2018, Mitrović has been the spearhead of Fulham’s attacking threat. This season, the striker has 18 Sky Bet Championship goals from 26 games. The centre-forward has made 27 appearances for the Serbian National Team scoring 17 goals, 10 of which came in the UEFA Euro 2020 Qualifiers. 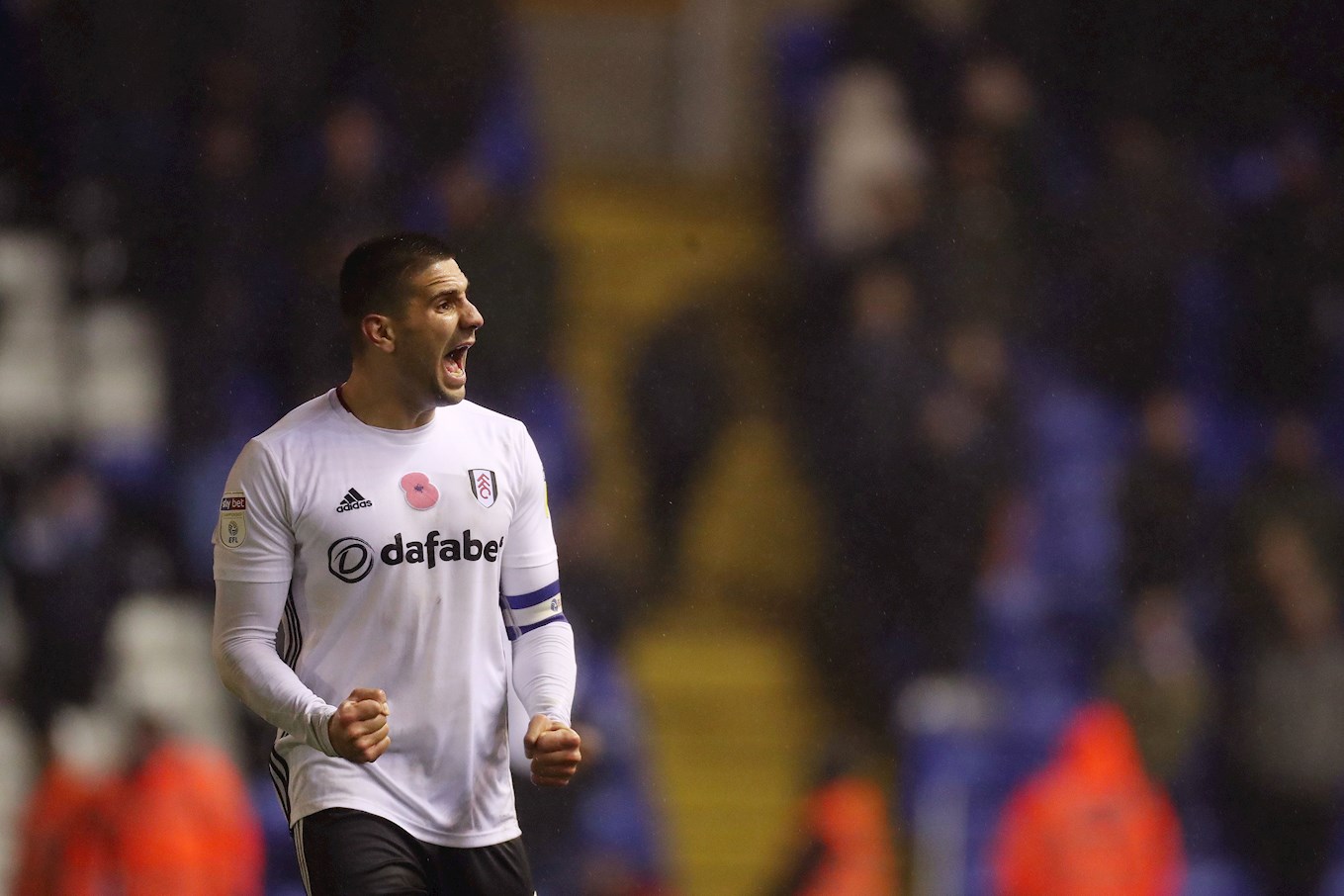 The Fulham Captain has made 172 appearances since joining the Club in 2015 from Blackburn, scoring 32 times. He has been an integral part of their campaign so far in 2019/20, with six goals and three assists to his name from midfield. 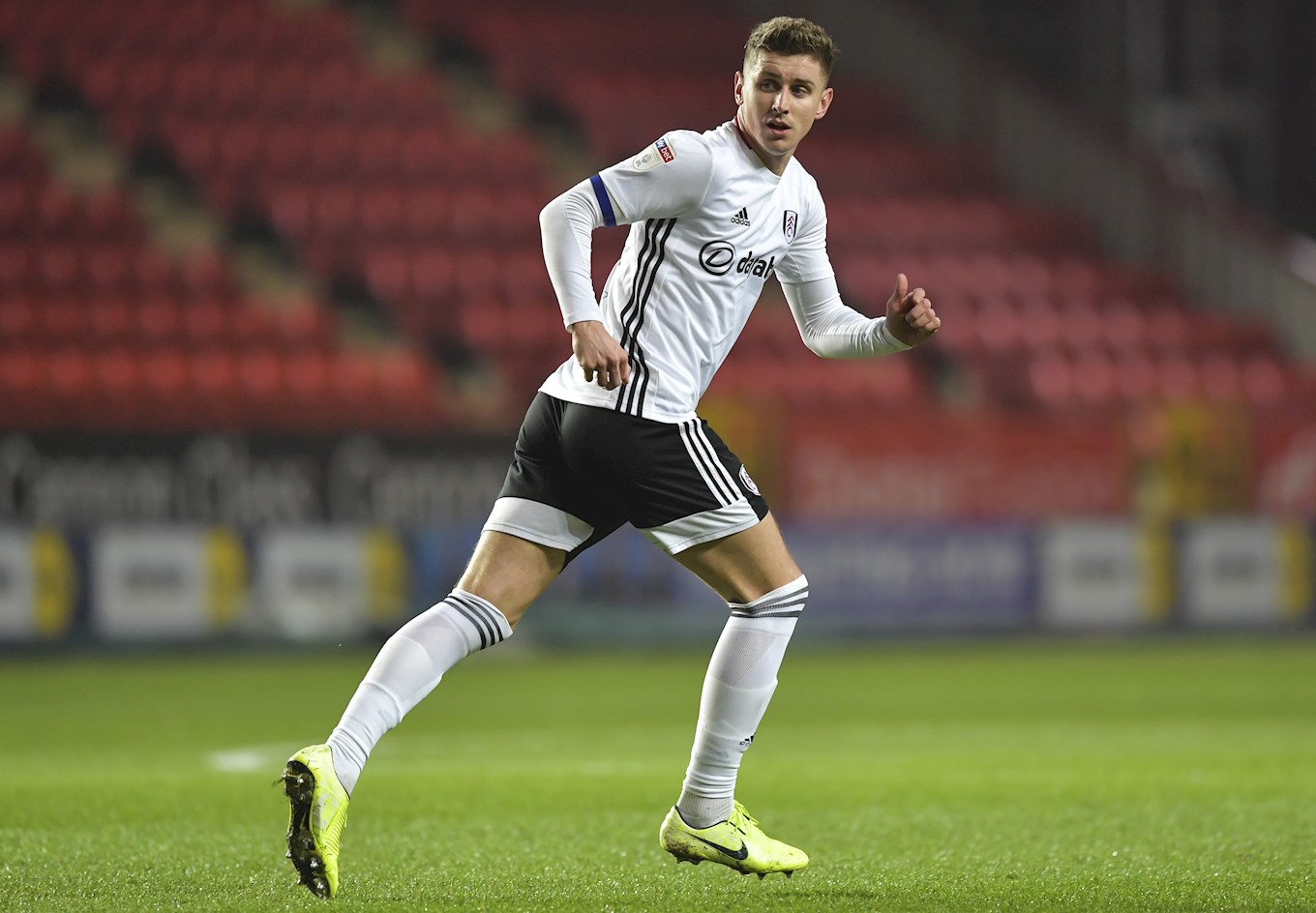 Danny will provide an update on goalkeeper Kamil Grabara who suffered a head injury and suspected concussion during Tuesday night’s 2-1 win over Hull City. He was also without Danny Simpson (contact injury) and Jonathan Hogg (knock).

Tommy Elphick (knee) is ruled out for the season with Collin Quaner likely to be unavailable for the match against The Lilywhites due to a long-standing hip injury.

Alex Pritchard is getting back to fitness, returning to the training pitch after a recent knee scan.

Maxime Le Marchand (back) and Anthony Knockaert (hamstring) are both still expected to miss out with Aleksandar Mitrovic expected to make a return after recovering from a recent ankle injury.

There are still tickets available for the game at Craven Cottage. CLICK HERE for full details!

Town will be wearing fiery coral for Saturday’s game. CLICK HERE to take advantage of the special offer on away shirts!

Supporters who are in the UK will be able to listen to in-game commentary from Craven Cottage if they purchase an Audio Match Pass. The audio commentary is also available to those supporters who have monthly or season iFollow HTAFC passes.

Despite a second half push to complete a remarkable comeback, Huddersfield Town were beaten 3-2 by Fulham at Craven Cottage.

Three goals in the first 31 minutes from Bobby Decordova-Reid, Tom Cairney and Aleksandar Mitrović saw the hosts race out into a 3-0 lead.

But Town quickly responded through Emile Smith Rowe and Steve Mounié to go into half-time at 3-2. Karlan Grant had the best of the chances after the break but Fulham held on to claim all three Sky Bet Championship points in the Capital.

Town Manager Danny Cowley made two changes to the side that beat Hull City in midweek. Steve Mounié’s stoppage time winner at the KCOM Stadium earned him a place in the side whilst Joel Coleman replaced the injured Kamil Grabara.

With Coleman stepping up to the starting XI, 19-year-old Academy goalkeeper Jacob Chapman was named among Town’s substitutes at Craven Cottage.

On a blustery afternoon in South West London it was the hosts who got into gear quicker and subsequently opened the scoring on the 10-minute mark.

Fulham forward Bobby Decordova-Reid drove inside from the left flank, beating two Town defenders before calmly slotting the ball into the far bottom corner to open the scoring.

The Cottagers’ fast start continued as they extended their advantage to two just five minutes later. Cyrus Christie found the run of captain Tom Cairney, who took the ball in his stride before firing past Joel Coleman on the volley.

The Terriers were struggling to get a hold of the game, and just after the half-hour mark, the hosts capitalised to extend the lead.

Joe Bryan drove Fulham forward from the left side, before finding Aleksandar Mitrović in the box who flicked home the third goal of the afternoon.

Town pulled one back almost instantly, however. Juninho Bacuna’s lofted free-kick was cleared straight to Christopher Schindler who found Emile Smith Rowe in space, with the on-loan Arsenal midfielder able to keep his composure to score his first goal for the Club.

He then turned provider moments after, following some determined work from Juninho Bacuna, who laid the ball off to the attacking midfielder. Smith Rowe found Steve Mounié at the back post, who bundled the ball home on the line to get Town back into the game.

An entertaining half of football was brought to an end in SW6 by referee Gavin Ward not long after, but the second half quickly picked up where the first left off.

A powerful driving run from Smith Rowe needed Kevin McDonald to bring him down on the edge of the penalty area, before Karlan Grant stepped up to force Rodak into tipping his central effort over.

Town, in their fiery coral third kit, continued to press for what had previously looked like an unlikely equaliser half-an-hour into game.

It took a superb reactionary save from Rodak to deny Grant getting that on 50 minutes. Town’s no.16 powered a volley towards the goal, with the Fulham ‘keeper diving to his right to preserve the home side’s lead.

Grant was continuing to grow into the game himself from the left side. After a good piece of link-up play with Smith Rowe, the forward tried his luck at the near post only for Rodak to be there for the third time in quick succession.

Smith Rowe was certainly enjoying his return to London and continued to cause problems for the Fulham defence. This time, he found himself on the right side of the box and worked the space to get an effort off that was again denied by Rodak.

The chances continued to come for Danny Cowley’s side after some good ball retention in midfield. Smith Rowe found himself on the byline and pulled it back for Grant who saw his shot charged down by the Fulham ‘keeper.

The hosts were having chances of their own, however, as they looked to put the game away. Mitrović brought the ball down and played in substitute Aboubakar Kamara but the forward couldn’t keep his shot on target.

With the score still at 3-2, Town put Rekeil Pyke on for his club debut in search of an equaliser and went close on 89 minutes. A scramble inside the six-yard area saw the ball fall to substitute Fraizer Campbell who set himself before firing goal-bound, only for his effort to be deflected behind for a corner.

Six minutes of added time followed and despite all of their efforts, Danny Cowley’s side couldn’t get the all-important third and equalising goal, meaning a narrow defeat in the Capital.

Next up for Town is the visit of Queens Park Rangers to the John Smith’s Stadium in the Sky Bet Championship on Saturday 8 February 2020; 3pm kick-off.