Everything you need to know ahead of Wigan Athletic vs Town

Danny Cowley’s Huddersfield Town make the trip to Wigan Athletic on Saturday 14 December 2019 in the Sky Bet Championship at the DW Stadium; 3pm kick off.

The Terriers go into the game on the back of a dramatic last minute 1-0 win over Charlton Athletic at The Valley courtesy of Matty Daly’s late effort.

This will be the first time the two sides have faced up against each other since 2017. In January 2017, Huddersfield Town achieved a 1-0 away win against The Latics thanks to a Nahki Wells goal in the latter stages of the game.

Town were also victorious at the DW Stadium in 2015, once again by a 1-0 scoreline as Conor Coady’s goal helped The Terriers to three points in January 2015.

Paul Cook’s side go into Saturday’s game, looking to make the most out of home comforts once again. Last season, The Latics picked up 41 out of their 52 points at the DW Stadium, indicating the value of the team playing within their home stadium. 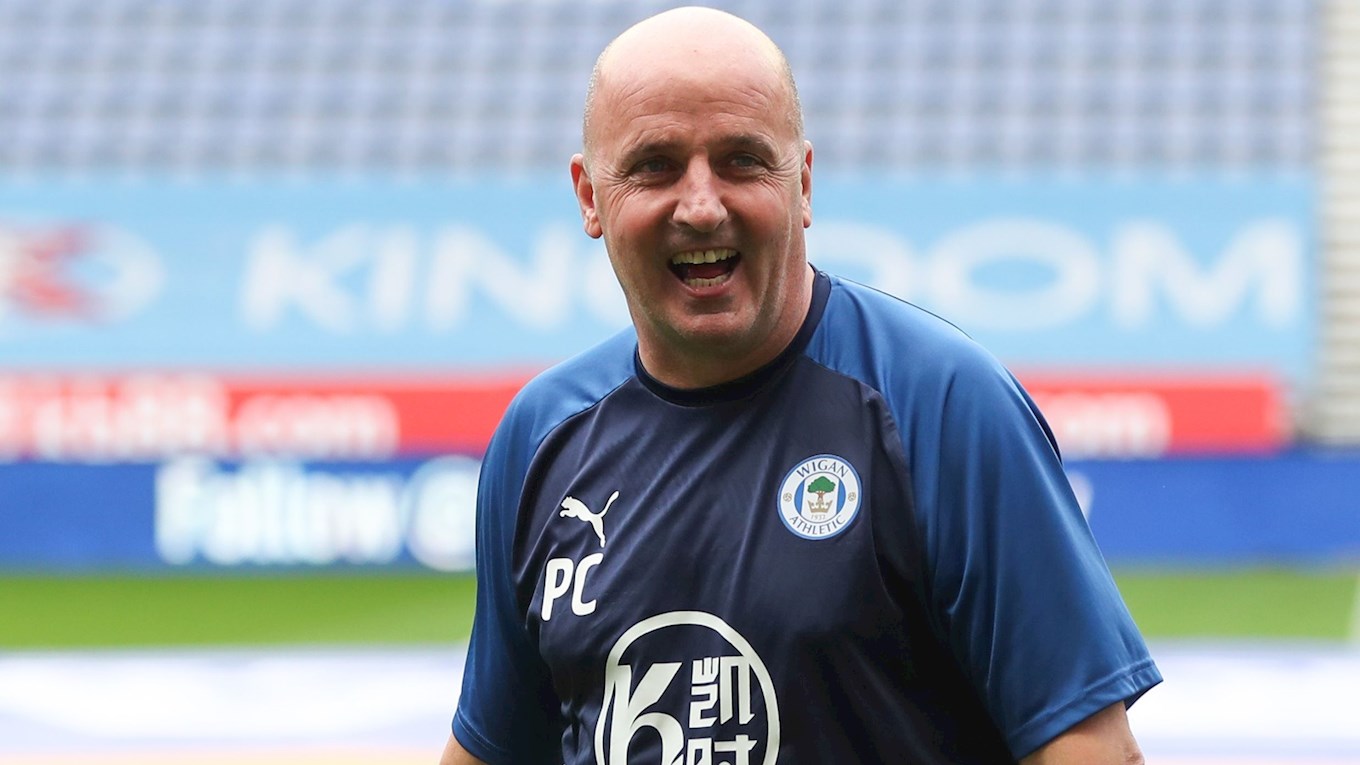 So far this season, it has been very much the same with The Latics recording the majority of their current points tally at the DW Stadium, including wins over the likes of Nottingham Forest and Birmingham City. Incidentally, all of Wigan Athletic’s victories so far this season have come on their own turf.

Their last win came against Nottingham Forest at the end of October. The Latics face West Bromwich Albion this evening before welcoming the Terriers to the DW on Saturday.

The 27-year-old defender joined Wigan Athletic in 2017 after leaving Oxford United. Dunkley was ever-present in his first season as the Latics were promoted back to the Sky Bet Championship. He was also a part of a Wigan backline which conceded 29 goals - the least in the division. This season, it has been Dunkley’s efforts at the other end of the pitch which has made him a player to look out for. So far this season, he has five goals to his name from centre-back. 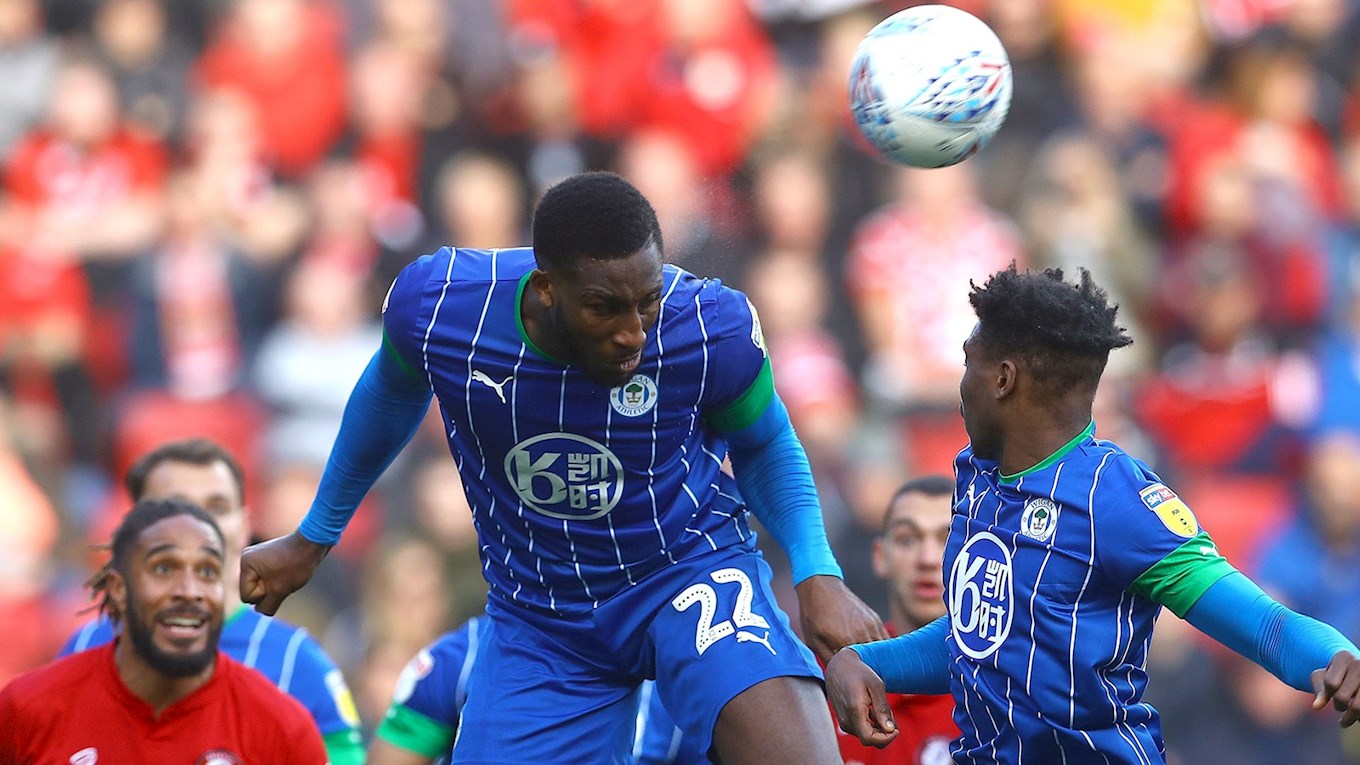 Morsy signed for Wigan Athletic in January 2016 from Chesterfield and has gone on to make over 100 appearances for the Club. Prior to the start of the 2017/18 season, Morsy was named Wigan’s Captain and was an integral part of the squad which achieved promotion back into the second tier of English football. Following an injury-hit start to the 2019/20 season, Morsy has played in every game since returning from injury for Paul Cook’s side - barring the win against Nottingham Forest, where he served a one game suspension for an accumulation of yellow cards. 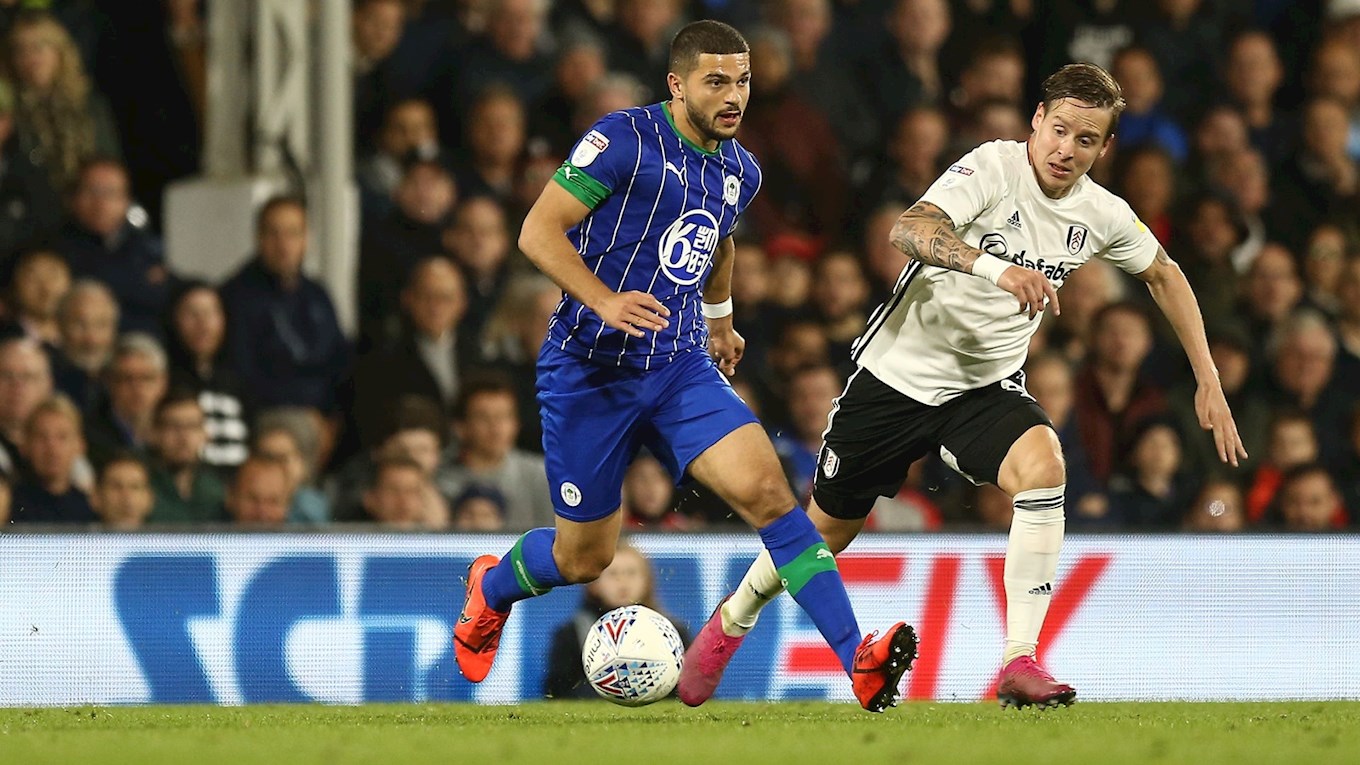 Moore was one of Paul Cook’s additions to Wigan Athletic’s squad prior to the start of this season. In 2018/19, the striker scored 17 goals for Barnsley as they won promotion into the Sky Bet Championship. The 27-year-old has so far played 17 games for his new Club. He was on the scoresheet for The Latics in their last game against Luton Town, albeit in a 2-1 defeat. Moore has also played a big role at international level as he has helped Wales reach the finals of the UEFA EURO 2020 Championships. 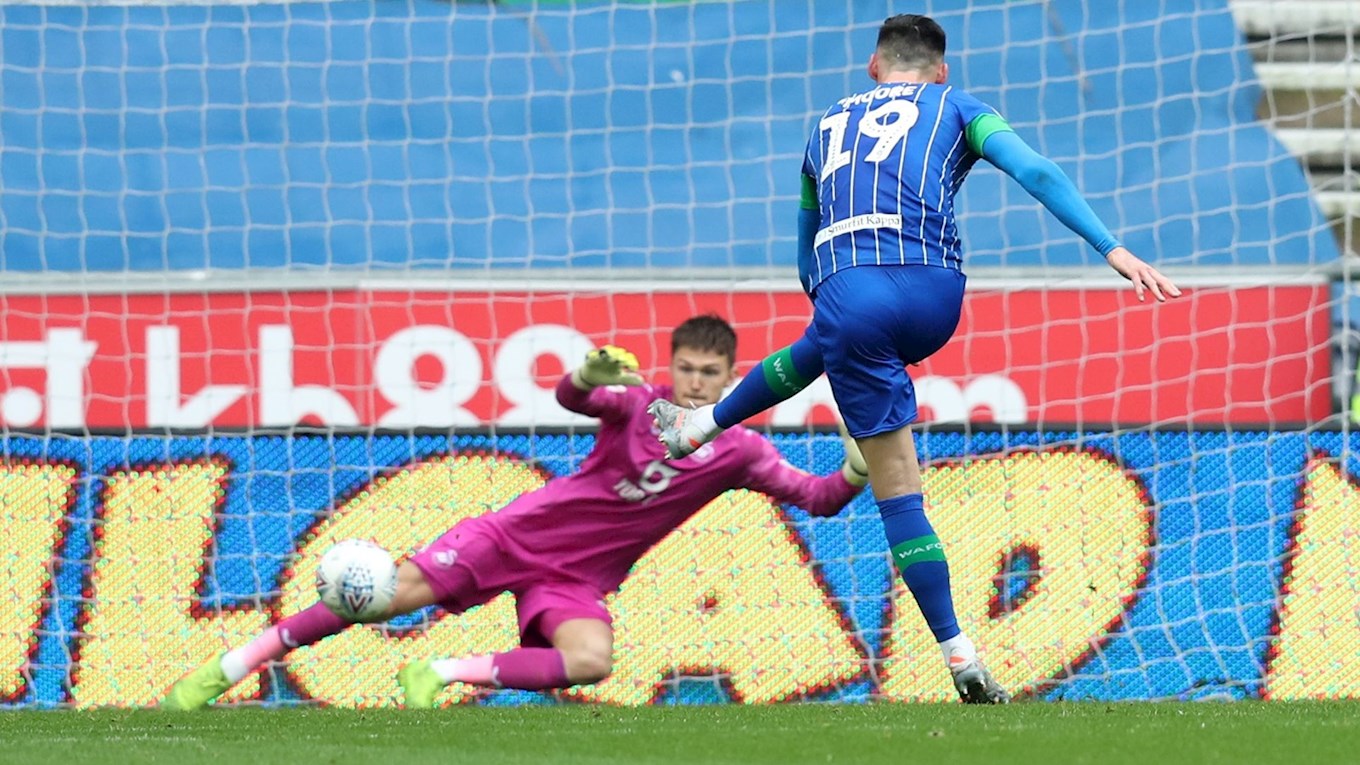 Chey Dunkley could return to the fold after serving a one match suspension. Joe Williams and Danny Fox are still in the rehabilitation phase of their injuries. Tom Pearce could return after playing for Wigan’s Under-23 side last week.

Tickets are still on sale for the game – CLICK HERE to get yours now!

Town will be wearing their coral third kit for Saturday’s game – Click here to buy yours!

If you're travelling to the DW Stadium, check out the Away Supporters' Guide by CLICKING HERE!

Supporters who are in the UK will be able to listen to in-game commentary from the DW Stadium if they purchase an Audio Match Pass. The audio commentary is also available to those supporters who have monthly or season iFollow HTAFC passes.

A second half Karlan Grant equaliser ensured Huddersfield Town a 1-1 draw at Wigan Athletic in the Sky Bet Championship.

The striker’s 12th goal of the season in all competitions had cancelled out Josh Windass’ opener to ensure both sides would take a point each from the DW Stadium.

Town Manager Danny Cowley opted for two changes from the side that started Tuesday night’s 1-0 win at Charlton Athletic. Danny Simpson came back in for Rarmani Edmonds-Green whilst Trevoh Chalobah returned to the XI from suspension.

Young midfielder Matty Daly took up a place on the bench again, from where he came on to score Town’s added time winner at the Valley in midweek.

The Terriers left it late in the Capital on Tuesday night but set out to get off on the front foot earlier at the DW Stadium with a succession of early forward drives by Junino Bacuna, but both were well cut out by the Wigan defence.

The home side continued to settle into the game and quickly began to dominate possession of the ball. They were limited in openings however, with Florent Hadergjonaj cutting out the only dangerous ball into the box, from Josh Windass on the left.

Town’s first effort on goal came on 32 minutes courtesy of Karlan Grant. After another of Juninho Bacuna’s powering runs forward from the no.10 position, he rolled it to Karlan Grant who took his shot first time, forcing Wigan ‘keeper Jamie Jones into a low stop.

After what had been a relatively uneventful first 45 minutes at the DW Stadium, a misplaced pass from Kamil Grabara allowed Wigan to take the lead shortly going into the break.

His ball intended for a Town midfielder was intercepted by Josh Windass who kept his composure to slot the hosts into a 43rd minute lead.

After half-time, Windass nearly found himself in luck once again, getting on to a ball along the backline from Danny Simpson but this time Grabara denied his effort before Jon Gorenc Stanković cleared the danger.

Having survived that scare, it was Bacuna darting forward again for the Terriers. The midfielder unleashed a powerful strike along the ground that Jamie Jones could only gather on the second attempt.

Town may have been denied then but couldn’t be after further persistence on 70 minutes. Karlan Grant worked space for a strike inside the box and beat Jones with his effort, as it rifled into the net to draw the Terriers level.

Steve Mounié had been causing problems for the Wigan defence since coming on and nearly headed Town in-front shortly after. His effort after connecting with Karlan Grant’s corner from the left was cleared off the line by Jamal Lowe.

The Terriers, playing in their fiery coral third kit, then needed a vital touch from Jon Stanković at the other end to put off substitute Anthony Pilkington who otherwise would have had a tap in at the back post.

Despite three minutes of added time, that turned out to be the last meaningful chance of the encounter as both sides shared the points at the DW Stadium.

Next up for Danny Cowley’s side is a return to the John Smith’s Stadium for the visit of Nottingham Forest in the Sky Bet Championship on Saturday 21 December 2019; 3pm kick-off.