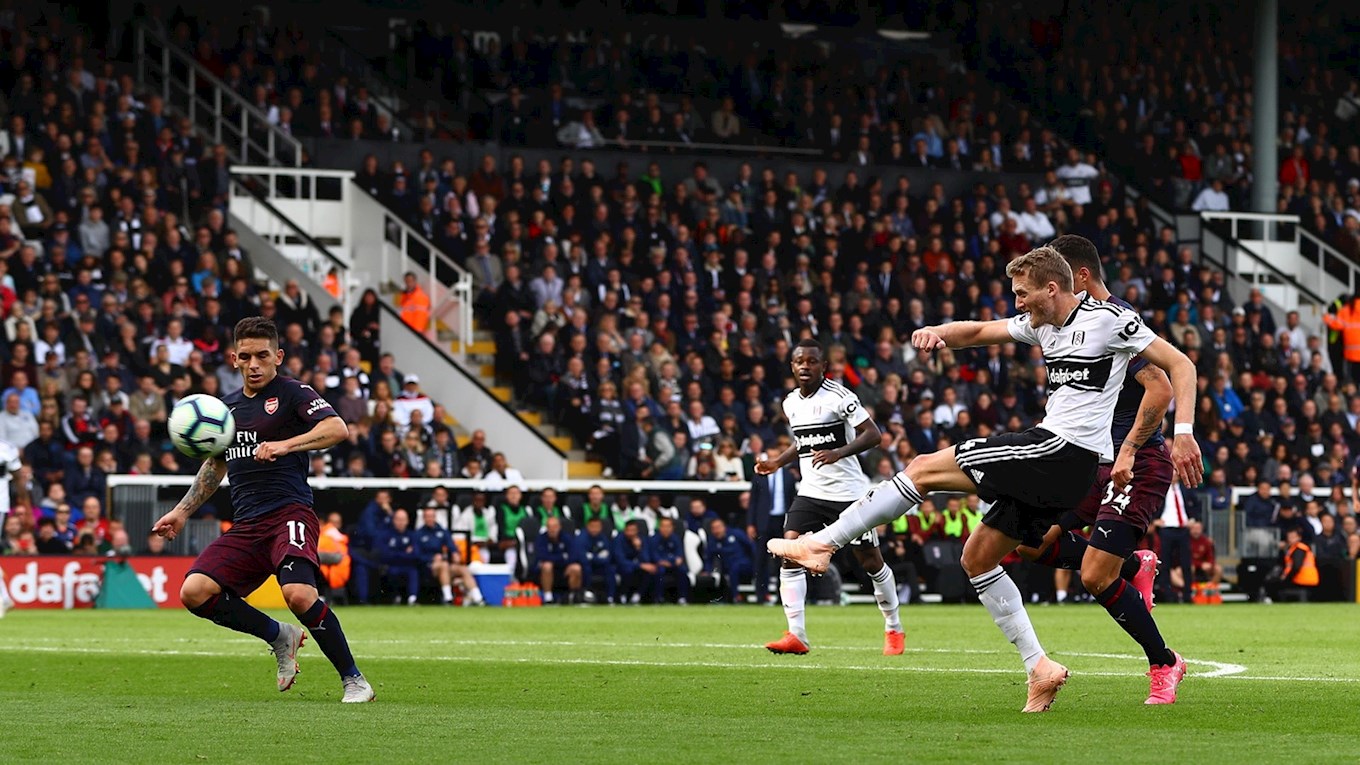 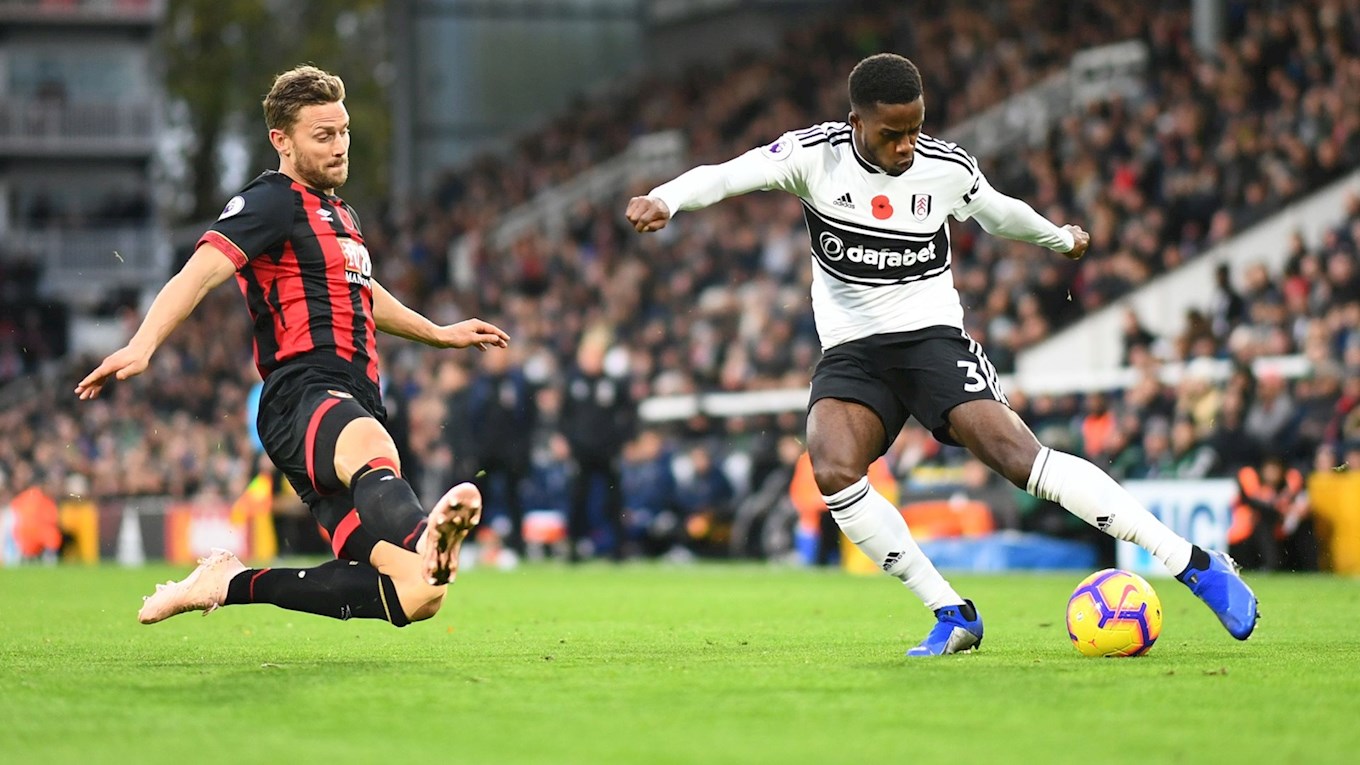 No fireworks of the sort on Bonfire Night in HD1, but the nation watched on as Town produced another characteristic display full of grit and determination on the Monday Night Football; the Head Coach's 50th win in charge of the Terriers three years to the day since his arrival in West Yorkshire.

And it may well have been more, had Philip Billing and Alex Pritchard in particular witnessed a better slice of luck in-front of goal with efforts that somehow stayed out.

Three alterations were made to the starting XI that tasted defeat at Watford. Terence Kongolo made his return from injury, and there were also recalls for Florent Hadergjonaj and Steve Mounié, meaning the trio of Erik Durm, Isaac Mbenza and Laurent Depoitre dropped out.

Jonas Lössl and Zanka made their respective 50th Huddersfield Town appearances, with Aaron Mooy celebrating a century of Club appearances from the off on an appropriately misty November 5th evening.

Even ahead of kick-off the clash had all the hallmarks of a close one; Town who haven't found the net all too often so far this campaign against a Fulham outfit who've had somewhat of a tough time defensively in recent weeks.

A scrappy start with a layer of dew on the surface causing ball control to not come without a degree of difficulty. As Town looked to assert themselves on home turf, Jonas Lössl managed to work his way out of a risky situation under pressure from Vietto with the necessary footwork and subsequent pass to find Zanka.

Town continued their theme of dominating games early on. Florent Hadergjonaj's overhit cross and Philip Billing failing to beat the offside trap the only real half chances as an electric atmosphere greeted proceedings which were beginning to unfold in HD1.

Philip Billing thundered the best chance of the encounter against the cross-bar. The Danish Under-21 international rattled the frame of the goal from a tremendously hit left-footed strike stemming from a simply superb Jonathan Hogg sliding tackle to dispossess Aleksandar Mitrović just inside the Cottagers half before a break could materialise.

Back came Slavisa Jokanović's men, as a follow-up counter fell to Argentine Luciano Vietto. The former Atletico Madrid frontman found a stubborn wall of blue shirts to halt his run down the right channel after a brief moment of hesitation to beat Terence Kongolo who'd recovered timely to take up a great defensive position.

In truth, the opening 20 minutes had been cagey and lacked any real quality. Mounié nodded just over from Aaron Mooy's centre; a real sign of intention to breach that Fulham rear-guard which just required an extra bit of patience and endeavour.

Le Marchand seemed to be getting the rub of the green in his defensive work, crucially denying Alex Pritchard at the pivotal moment as the playmaker thought he'd a clear sight on goal as a result of sharp agility to gain a yard.

Town were really knocking on the door. Pritchard again the unlucky party, this time as a rasping left-footer looked destined for the bottom corner only for Sergio Rico to strongly palm away.

But Pritchard's hard work wouldn't go unrewarded. The following succession of corners would ultimately be put to use, as a first goal of the season at the John Smith's Stadium looked to have arrived in the form of Christopher Schindler, although it was Fosu-Mensah's who was adjudged to have the decisive touch.

Almost an identically placed header to the one that secured a deserved point at Burnley, Schindy, in an aerial tussle with Fosu-Mensah, rose highest to meet Chris Löwe's second-phase cross for the opener; more than justified on the balance of play. Nonetheless, it was the visiting right-back's contribution that handed the Club the advantage; not that any of the sold-out home crowd were complaining, that is.

Half-time approached and it definitely was the Terriers who looked the likeliest to grab a second. Florent Hadergjonaj's claims for a penalty were waved away by referee Anthony Taylor as the full-back's inventive run was stopped by a physical challenge from Ryan Sessegnon.

On the cusp of the whistle, Jonathan Hogg's header back into the danger area came to mightily close to catching everyone by surprise and dipping under Rico's crossbar, but the Spanish stopper was aware to claim authoritatively.

Being authoritative was the Town midfield; hence why Jokanović made a double switch for the West Londoners at the interval in a tactical reshuffle to a diamond. Cyrus Christie and Kevin McDonald replaced Fosu-Mensah and Vietto as the away side looked for a way back into the contest.

The switch looked like a positive move almost immediately, as Christie broke forward with pace to earn a corner. Aaron Mooy defended the resulting corner well to relieve any building pressure.

The Australian couldn't make the right impact at the other end, however, side-footing Steve Mounié's flick-on into the Fantastic Media stand from close range, albeit under the challenge of Denis Odoi.

Key battles were taking place all over the pitch, from which the Terriers were mostly coming out on top. Substitute Laurent Depoitre produced a nice touch to excel away from Le Marchand, but the move came to a close as once again appeals were waved away for a handball against last-man Odoi who may well have received his marching orders had the action been deemed an offence.

Alex Pritchard had quietly gone about his business between the offensive lines in the hunt to well and truly kill the fixture off. Pritch flashed inches over from the edge of the area having run onto a set-back with purpose initiating from a tidy patch of possession on the right flank to work in-field.

The attacking midfielder then had the freedom of the Fulham half to sprint into as Odoi's attempted offside trap failed to pay off. A surge down the left resulted in a none of the arriving cavalry being found in and around the far post through a number of black shirts responding well to the break by crucially shutting off any potential routes to goal.

For all the offensive play, Town had to make sure that the side from the Cottage had no sniff of reward from one of the rare ventures forward.

The linesman's flag came to the rescue as Stefan Johansen volleyed home, only for Aleksandar Mitrović to be the guilty party having strayed beyond the defensive line. That flag would be raised as the visitors advanced once again, this time as Mitrović played in André Schürrle who was in an offside position in-behind Terence Kongolo.

Just minutes later, a slip from Zanka allowed Schürrle on his way uncontested. The German brought the ball up to the apex of the area and proceeded to curl harmlessly wide of the target.

It really was starting to become tense and end to end stuff. Billing's peach of a pass through the heart of the Fulham defence accurately found the run of replacement Isaac Mbenza. Isaac used his pace to bear down on Rico but decided to take an early shot on. It would turn out to be the wrong decision as the effort trickled wide from a distance; a golden opportunity to secure the points there and then.

In the end it wouldn't prove to be of a costly nature, as another dogged performance capped an important night all-round with maximum points in the bag. 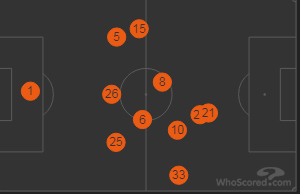