Town’s Head Coach will be hoping that his side can return from the international break by getting three points at Selhurst Park.

Crystal Palace is currently 14th in the table and despite a good form on the road, the Eagles have only won one of their last seven league games at home.

Before the international break, Palace was knocked out of the Emirates FA Cup with a 2-1 loss at Watford in the Quarter Finals. The Club’s most recent league game was a 2-1 home defeat to Brighton & Hove Albion a week earlier.

Saturday’s trip to Selhurst Park will be Town’s first since the opening game of the 2017/18 Premier League season in which the Terriers won 3-0 in the Club’s first ever Premier League match.

Now in his fourth spell at Palace, Zaha has spent the majority of his career at the South London club. The Ivorian forward is one goal away from equalling his most prolific Premier League season to date, having netted eight times in 26 appearances so far in 2018/19. One of those eight strikes was the game winner in the reverse fixture as Palace narrowly defeated Town 1-0 at the John Smith’s Stadium. 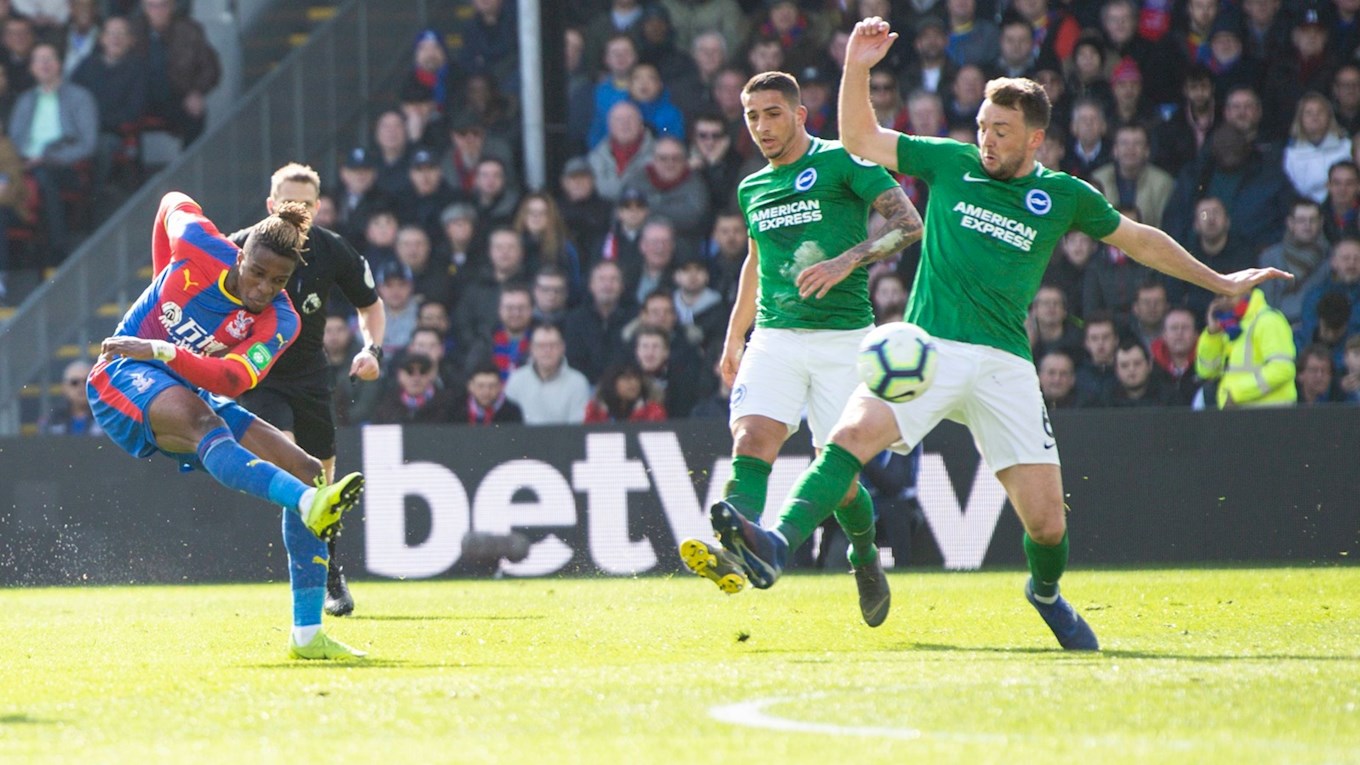 The Palace skipper has been an ever-present in the side this season, featuring in all 30 of the Club’s Premier League games in 2018/19. Off the back of representing Serbia at the summer World Cup in Russia, the midfielder has scored nine goals already this campaign, becoming Palace’s highest scorer this season from his midfield role. The Belgian international made the move across London to join Palace on loan from Chelsea in the January transfer window. Since the move, Batshuayi has become the Eagles’ main striker and has found the net in two of his six Premier League appearances for Palace. The forward is yet to score at Selhurst Park but is in goalscoring form having found the net for Belgium in a 2-0 win over Cyprus during the international break. 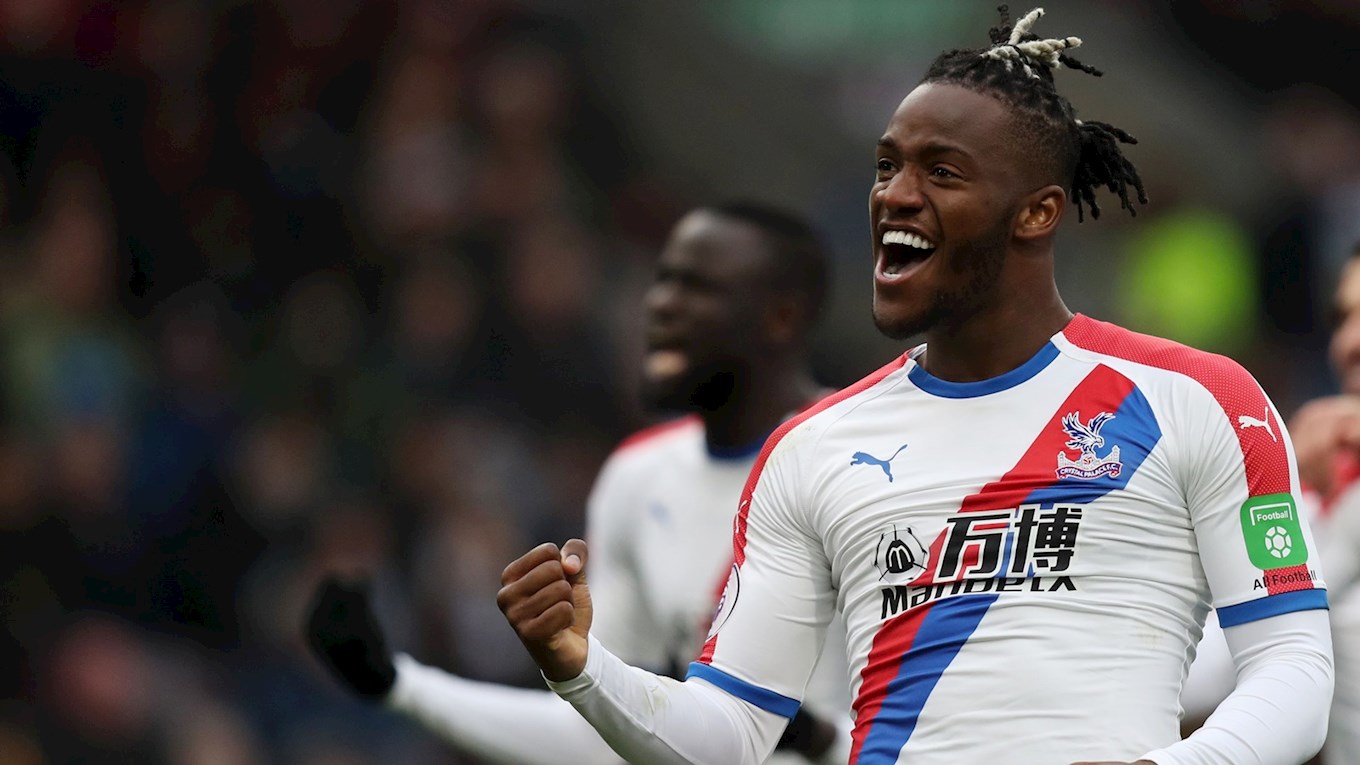 Roy Hodgson be without the services of defender Mamadou Sakho who is ruled out with a knee injury. Aaron Wan-Bissaka and Wilfried Zaha are also doubts for the game due to injury.

Jason Puncheon is ineligible to face his parent club.

A limited number of tickets remain available in Town’s allocation for the game at Selhurst Park. CLICK HERE to buy yours now!

Town will be wearing the yellow and navy alternate kit for Saturday’s trip to Selhurst Park. CLICK HERE to buy yours now!

There will be no pubs open in the local vicinity that will allow visiting supporters, but turnstiles will be open at 1pm.

Selhurst Park is now cashless, so supporters will need to make sure that they bring debit/credit card with them.

The Fan Zone will be open from noon on Saturday and all supporters are welcome if they have a valid match day ticket.

Results elsewhere meant that defeat at Selhurst Park confirmed that Huddersfield Town will be playing football in the Sky Bet Championship next season.

15 minutes in and there hadn't been any real sighting of goal from either side. Aaron Mooy's corner agonisingly floated over the head of the arriving Juninho Bacuna - who scored with his head in the previous outing at West Ham - whereas Andros Townsend found himself denied at the other end by a timely Terence Kongolo block on the slide as the winger twisted and turned his way into a promising shooting position.

Important interventions were a key theme in the aftermath, this time it being Erik Durm to heroically throw his body in the way of Wilfried Zaha's corner-bound attempt after the Ivorian playmaker shimmied into frame on the edge of the area having received a clever inside pass from Patrick van Aanholt.

Jeffrey Schlupp fired into the side netting moments later, and Zaha also nodded down into the ground and wide to relieve a somewhat testing period of pressure for the men in illuminous yellow.

What had been a largely uneventful contest finally sprang to life for the Terriers. At the same end where the Premier League was opened, Chris Löwe's back-post header was strongly thwarted by Vicente Guaita between the Palace sticks. Chris found himself with acres of space to bring about the chance, spotted by a trademark Aaron Mooy switch of play from one side of the penalty area to the other; on this occasion, Karlan Grant lurked in an offside position whilst looking to fire home the rebound.

Löwe again found himself in the thick of the action, and once again denied by Guaita. An arrowed, low, left-footed effort skimmed the ground and forced the Palace 'stopper into a smart reflex save in order to tip round the corner.

Alex Pritchard drifted into a great attacking position only to see his curling effort bounce wide; but as time ticked on, Siewert's men were growing and growing in confidence going forward.

Meanwhile, they had to remain vigilant in the defensive ranks. Ben Hamer did well to keep out Andros Townsend's rasping drive from distance which arrived courtesy of some neat inter-play deep in the Town half.

In terms of confidence, one man that certainly had it in abundance was Karlan Grant. Remarkable acceleration to capitalise on a loose Palace back-pass opened up a clear route to goal one-on-one with Guaita, and the January recruit from Charlton aimed to dink the on-rushing Spaniard. A cheeky attempt nonetheless, but unfortunately lacked accuracy and landed a considerable distance from the intended target.

Karlan's determination and work rate would have thrilled the Town faithful and his Head Coach. Once again, each Terrier was putting in a terrific shift in conditions that suitably welcomed in the home straight of this Premier League campaign.

Into the second period and Town started like they'd ended the first. Sharp in possession, only looking vulnerable to the hosts' counter. However, Roy Hodgson's men initiated the opening chance of the latter 45; Patrick van Aanholt bent an effort on his weaker foot for the top corner, drawing Hamer to forcefully beat away from danger.

The dangerous Zaha ramped up his efforts to give Palace the lead. A mazy run concluded with a near-post flick diverted away by Christopher Schindler; a let-off for the retreating Terriers back-line.

Another gigantic let-off was to follow. Townsend somehow missed the target from 12 yards - in a generous amount of space - and wrapped his effort round the wrong side of Hamer's left post. That chance was a result of Zaha's direct running; a threat that has been a thorn in many sides across the division.

The forward, who has recently returned from Ivory Coast international duty, thought he'd done enough to give Palace the advantage with 20 minutes to play. Having broken free, Town recovered in numbers, and after a crucial hand from Ben Hamer as Zaha looked to go around him, the ball was eventually cleared out of harm's way.

In truth, the home side were banging on the door, and the pressure eventually came with a reward via the penalty spot. Luka Milivojević coolly converted after Zaha was brought down by the unlucky Juninho Bacuna.

As the threat of relegation confirmation loomed, there was a particular positive that would've brought a smile to all Town faces. Danny Williams entered the fray as a 76th minute substitute- a first appearance since Arsenal away in early December for the American midfielder.

And Town’s fate was sealed minutes from time through van Aanholt. The left-back fired a low effort past Hamer from inside the area after being released by Zaha.

Nobody could fault the effort at Selhurst, it was just a similar theme that had run the course of the season; the finishing touch in-front of goal just wasn't quite up to scratch in order to salvage either a share of the spoils or maximum points in yet another performance that didn't deserve to end in such a disappointing manner.

With just pride to play for in the approaching end-of-season run-in, Town return to the John Smith's Stadium in a week's time to face Leicester City (Saturday 6 April 2019, 3pm).