The Terriers will be hoping to secure some more valuable points this weekend after drawing 0-0 at the Cardiff City Stadium last time out.

Pep Guardiola’s side come into the Premier League fixture off the back of a 3-0 home win over Wolves on Monday night. Two first-half goals from Gabriel Jesus, added to in the second-half by a strike from Kevin De Bruyne, sealed all three points in a dominant display at the Etihad Stadium.

The corresponding fixture earlier this season saw Town fall to a 6-1 defeat to the Blues. The Terriers’ last win over Man City came in 1988 in the FA Cup with Town winning 3-0.

Bernardo has been a stand-out player for Guardiola’s side in recent weeks. The Portuguese international joined City in the 2017 summer transfer window from Monaco for a reported fee of £43.5m and has featured in all but one of City’s games this season, so far tallying five goals and six assists. 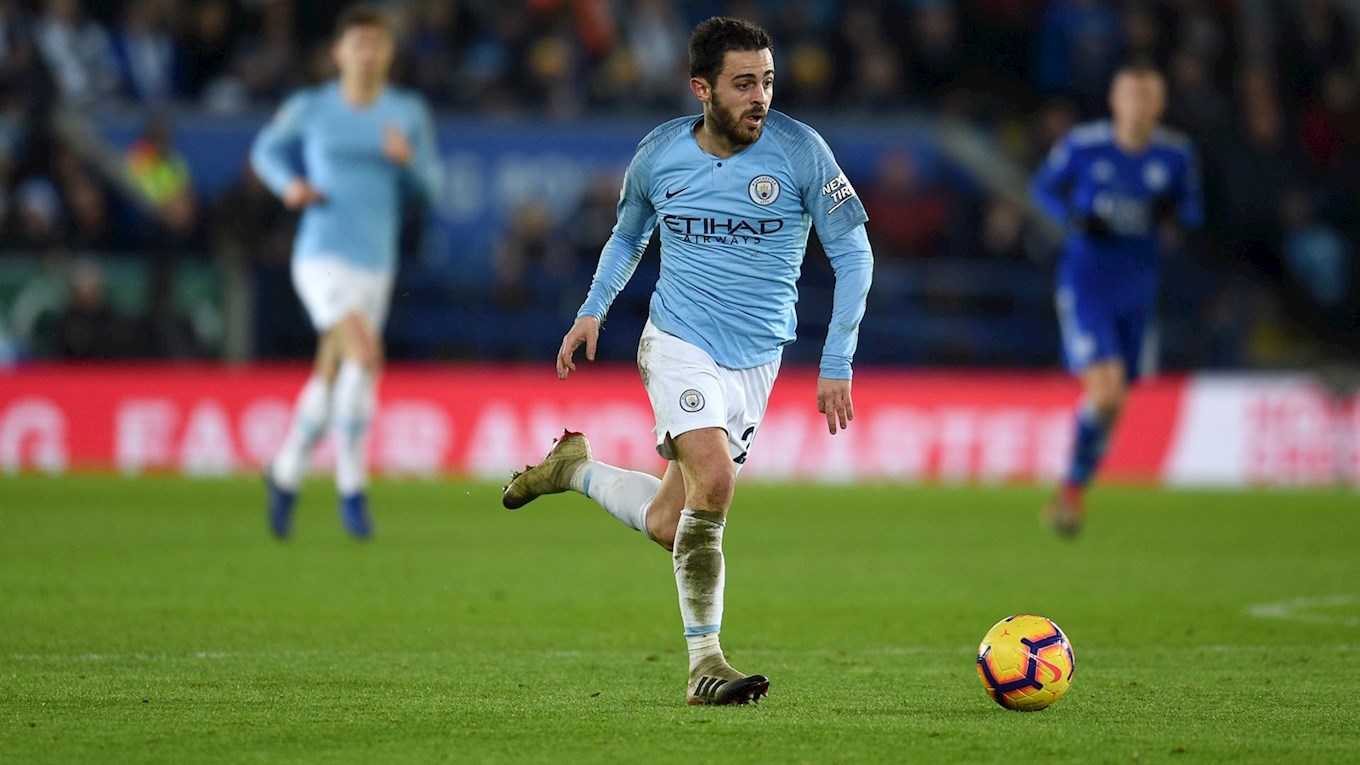 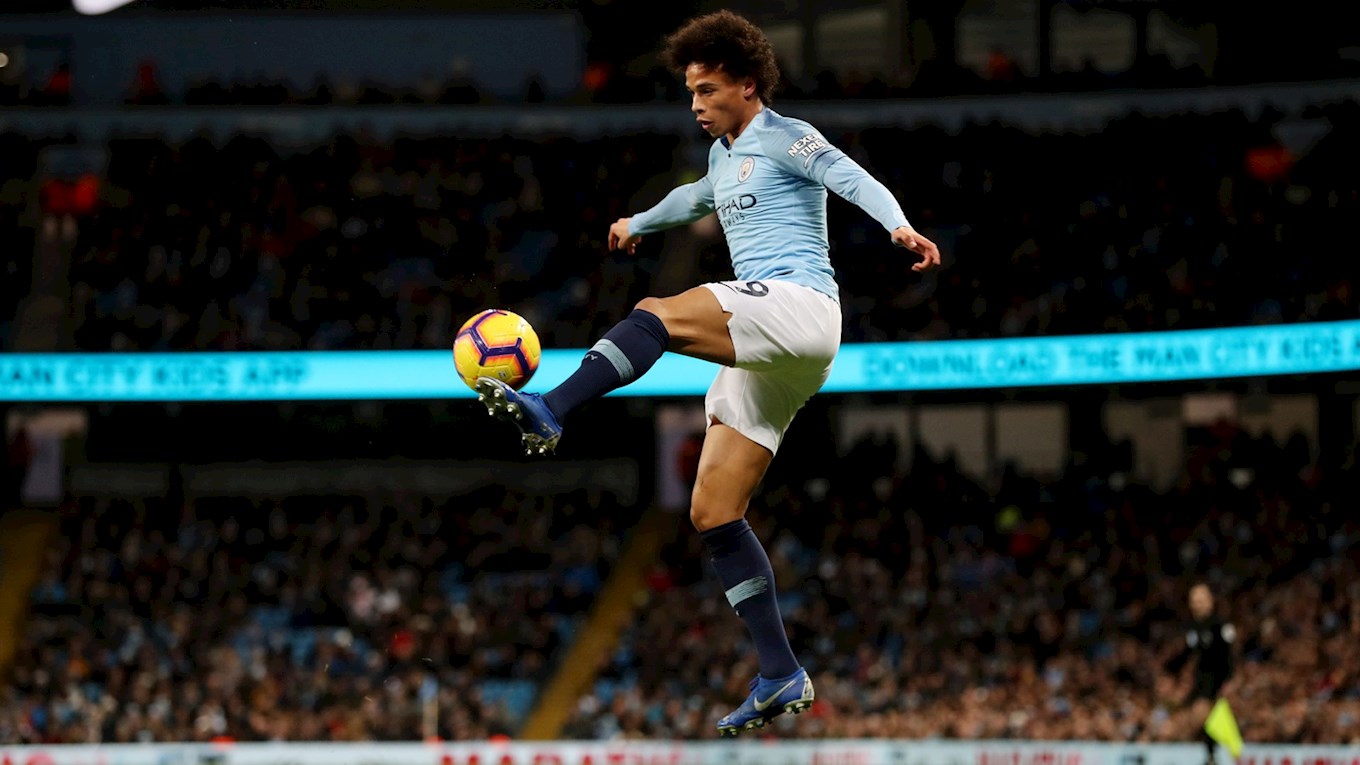 The England international has been in some of the best form of his career this season. The forward already has nine goals and seven assists this season and has secured the most Fantasy Premier League points of any City player. 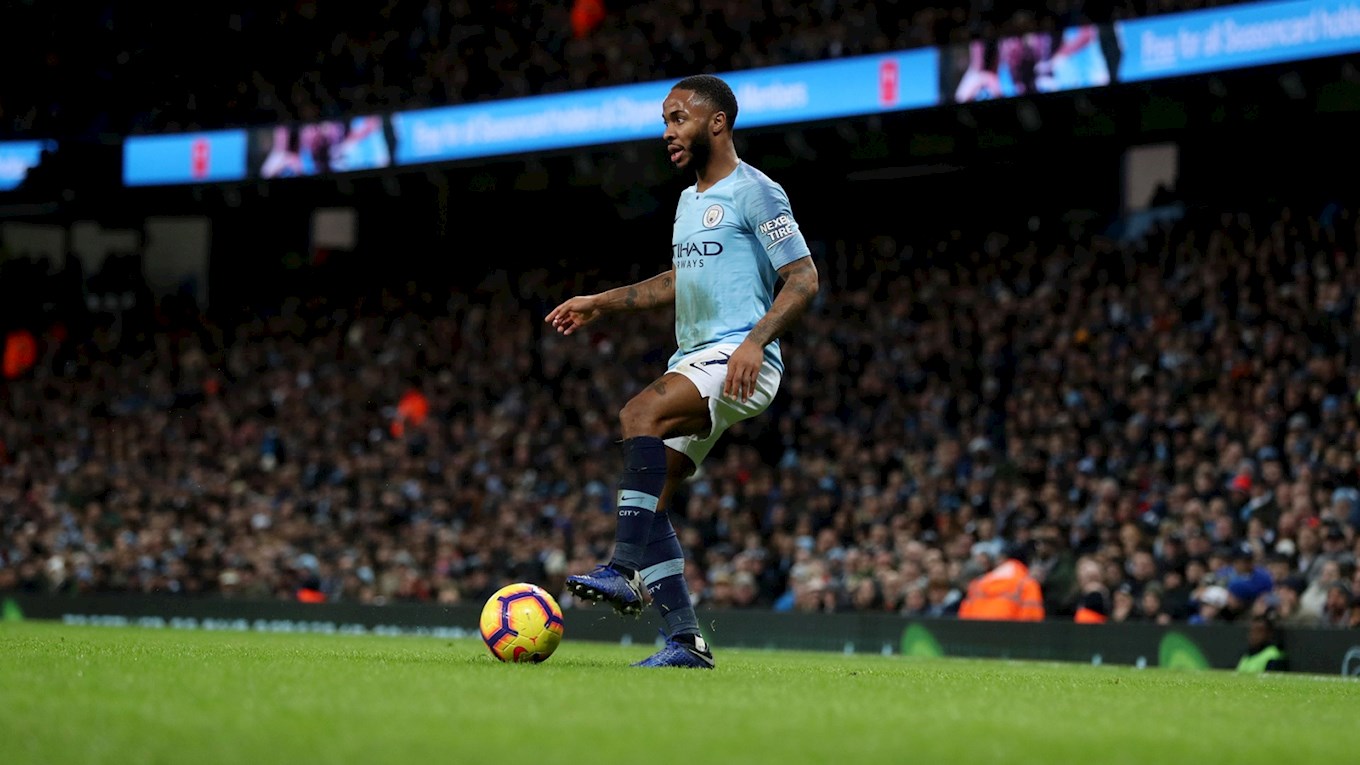 Tickets for Town’s match at the John Smith’s Stadium are now SOLD OUT. However, tickets may be available via Terrier Exchange.

Mark Hudson’s side will wear the famous blue and white stripes against Manchester City on Saturday.

A magnificently valiant effort against the force of Manchester City but it was a defeat in for Mark Hudson in his first game in temporary charge of the Club in light of the recent departure of David Wagner.

His players gave it their all and more than matched the away side for large quantities of the game, with Danilo's deflected effort giving Guardiola's outfit an 18th minute lead ahead of two goals in quick succession at the beginning of the second half from Raheem Sterling and Leroy Sané which cruelly killed off the challenge.

Hudson made six changes to the side that drew at Cardiff, one of which being the inclusion of Tommy Smith following the Skipper's return from a hamstring problem. There were also starts for Adama Diakhaby and Juninho Bacuna against the reigning Premier League champions.

A bright start from both. Adama Diakhaby utilised his electric pace to breach the City defensive ranks, and Sergio Agüero chipped wide from a tight angle under pressure from Terence Kongolo.

The atmosphere was also electric as the Terriers had opened up proceedings with a real spring in their step. Kachunga's cross for Diakhaby saw the latter nod wide after good movement to lose marker Aymeric Laporte; an energetic start in the toughest of first assignments for the stand-in Head Coach.
As ever, City posed a menacing threat every time they ventured forward. Visiting shouts for a penalty were waved away by referee Andre Marriner after Terence Kongolo produced a sliding tackle to thwart Raheem Sterling from firing goalwards.

But as Danilo fired goalwards moments later, City was ahead via a huge slice of fortune. The Brazilian full-back struck from distance, and it was Christopher Schindler who was the unlucky man as an attempted headed clearance flew into the back of the net.

Not what the opening 20 minutes had justified by any stretch of the imagination, but neither the squad or crowd lowered their spirits.

In truth the response was excellent. Hudson rallied his troops, with Jonathan Hogg leading the way in pressing the Cityzens and attacking with purpose in the space to which Diakhaby and Mbenza delightfully explored.

City wasted two further chances before the break in a half where Hudson would have been more than happy with the way his players had competed and stood up to the task of facing Pep Guardiola's side, and the response having gone a goal down early in the contest.

A half-time departing message from David Wagner buoyed the terraces to roar the lads on in search of hunting down an elusive equaliser.

Despite the efforts, it was to be City who grabbed the second - and third - goals of the afternoon.

Strong calls for offside against Leroy Sané went unheard as the German drilled across goal to find Raheem Sterling who headed home into an empty net, and Sané followed up in the aftermath coolly slotting past Lössl to give the Eastlands Club a comfortable advantage.

It was fair to say the quick succession of strikes had taken the wind out of Town sails. That being said, the effort and commitment - which has become trademark Terrier identity - was still there in abundance, and the chasing down and hounding of possession continued to be a key theme despite City taking the encounter by the scruff of the neck.

Hoggy's superb cross-field lofted pass for Steve Mounié almost found the Benin striker, but Steve's run came up short as Ederson was sharp off his line to claim before a shot could materialise.

Mounié was hungry to get his name on the scoresheet. He darted inside and curled inches wide of the post, although it may have been argued that Ederson had his angles covered. The 'keeper then produced a smart save to pounce on another Mounié chance as we entered the final 10 minutes. A powerful header from an Alex Pritchard cross looked destined for the net, only for the City number 31 to impressively deny.

Any sort of reward was out of the window, but that didn't stop the terraces enjoying themselves. Town had turned into their opponents, with a masterful period of possession comprising of at least 20+ passes, cueing chants of 'Ole' from the crowd as Mark Hudson applauded his side's mentality and outright effort to perform right under the very end.

3-0 maybe; but that wasn't to say Jonas Lössl had had much to do in the way of saves. The Dane made himself big to deny Bernardo Silva from making it four; the Portuguese winger found by namesake David Silva wide right.

Steve Mounié turned and fired wide at the death which would've been a well-deserved consolation, summing up another tough day in front of goal for Town.