The Head Coach will be hoping his side can secure a vital three points when they host Wolves on Tuesday evening, having previously prevailed 2-0 winners in the reverse fixture this season thanks to a double from an Aaron Mooy.

The visitors have performed exceptionally well so far this season and currently sit eighth in the Premier League table.

However, Wolves’ last Premier League fixture was a 1-1 away draw with AFC Bournemouth.

Espírito Santo was appointed as Head Coach in May 2017 and led Wolves to the Premier League last season after a six-year absence as his side achieved promotion with four matches remaining in the season and being confirmed as champions with two games to spare.

On loan from Benfica, Jiménez has been in incredible form this season for Wolves. The striker is Wolves’ leading scorer and the Mexican has been arguably the stand out player this campaign for the Molineux club. 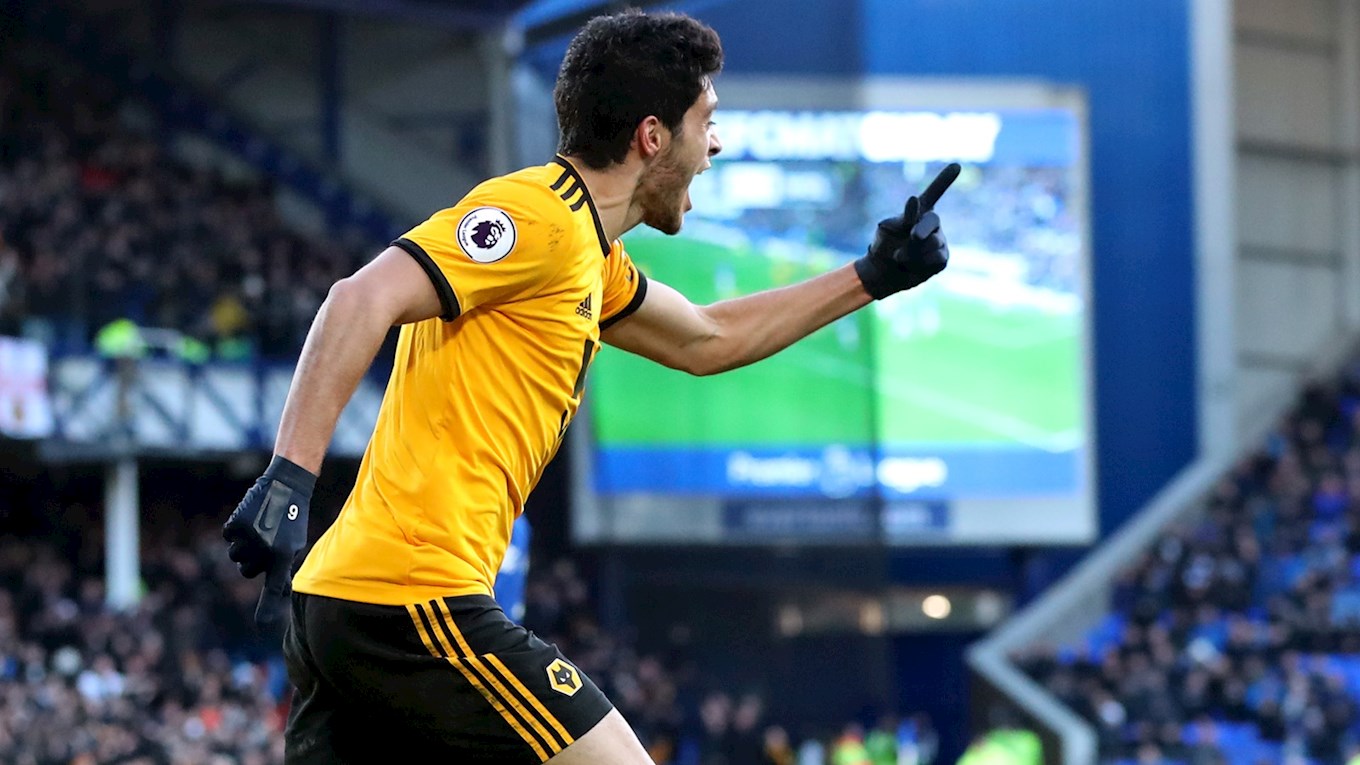 After signing from Monaco in the summer, Moutinho has been an almost ever-present member of the Wolves team. Still only 32 years of age, the Portuguese midfielder already has a staggering 113 international caps to his name. 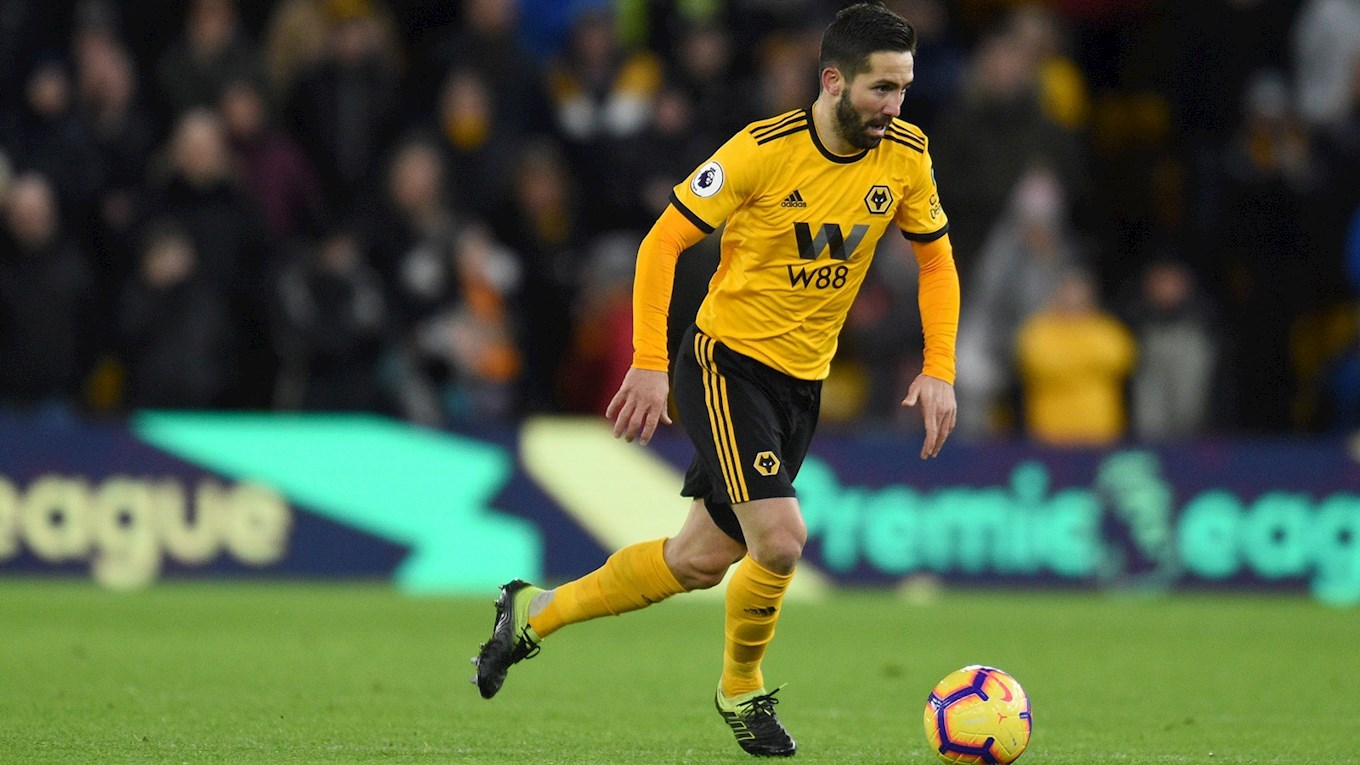 Matt Doherty signed for Wolves in July 2010 after impressing for Bohemians in a pre-season game against the English side. The 27-year-old has featured in every Premier League game so far this season and has contributed with three goals and six assists in the league. 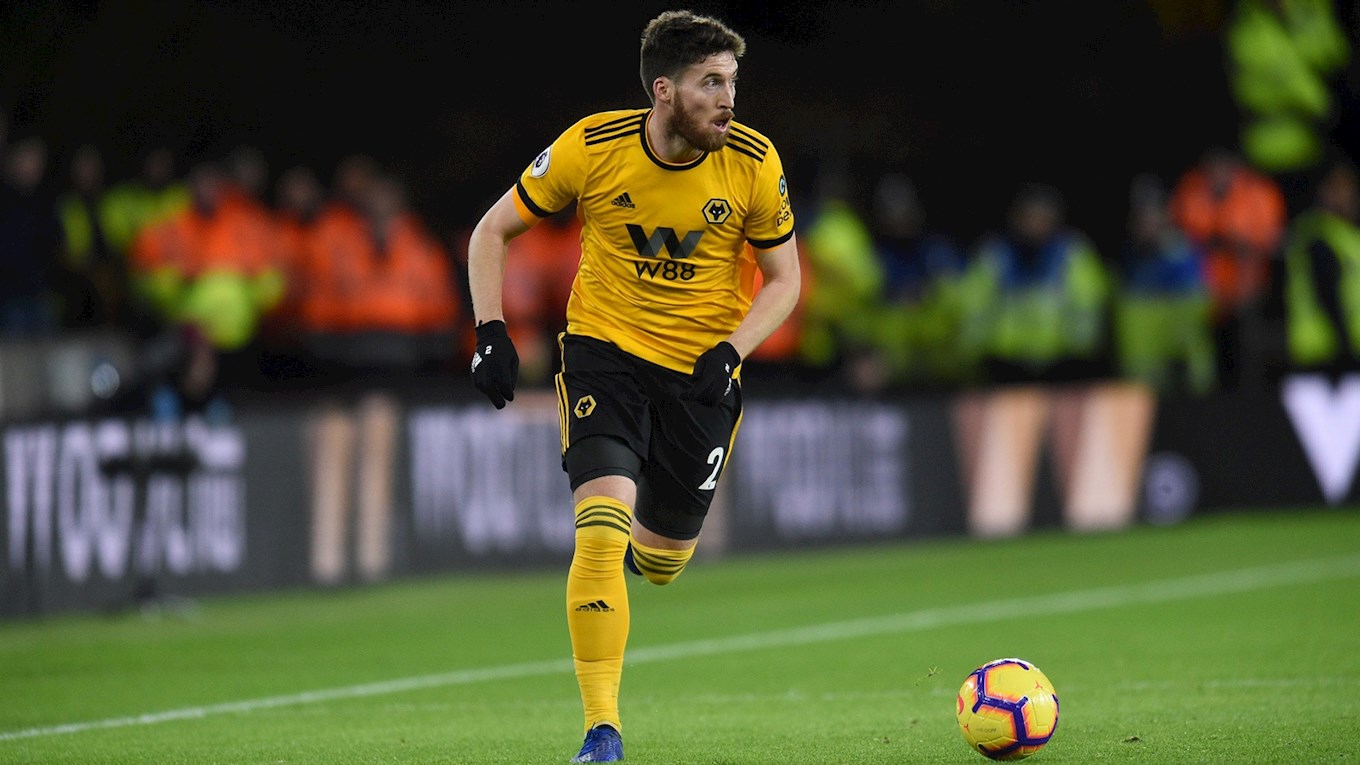 Nuno Espírito Santo is expected to have a fully fit squad for Tuesday’s Premier League Game.

Town will be wearing the famous blue and white stripes for Tuesday’s Premier League game at the John Smith’s Stadium.

Steve Mounié was the hero in second-half injury-time to dramatically hand Huddersfield Town a first win since November - coincidentally at Wolves - and Jan Siewert his first win since taking the reins in HD1.

The encounter lacked quality in the final third from both sides throughout but having seen two key chances go begging as the duration neared, Mounié popped up in the right place at the right time to stab home and deliver an all-important - and hugely relieving - Premier League three points.

Siewert rang the changes in response to a disappointing afternoon in Newcastle on Saturday; eight in all, including full debuts for Karlan Grant and Demeaco Duhaney - the England Under 20 making his first start for the Terriers having previously travelled with the First Team squad to gain experience at both Bristol City and Cardiff.

Debutant Duhaney looked at ease as early touches came his way. The youngster set Karlan Grant down the right, and as the January recruit beat market Willy Boly, the resulting initial cross failed to trouble the Wolves' rearguard, as ex-Terrier Conor Coady efficiently cleared the lines.

Town looked invigorated following Siewert's refresh. Another ball into the box eventually fell to Jonathan Hogg. Hoggy's eyes lit up, emphatically drilling towards the net only for a wicked deflection off Coady to fall inches the wrong side of Rui Patrício's right post.

The opening 20 minutes might not have witnessed a goal, but the determination to right the wrongs was undoubtedly evident.

Every challenge, pass and intent to venture forward was met with a much-needed purpose, in particular Karlan Grant, who looked sharp and agile whilst linking up with strike partner Steve Mounié in the hunt to double his Terriers goal account.

It took 25 minutes for Nuno Espirito Santo's European football-chasing Wolves to fashion a chance. Matt Doherty tapped Diogo Jota's cross into the side netting after the latter managed to round Duhaney and cross from the by-line.

A dubious foul on Jota almost saw the side from the Black Country take the lead five minutes before the break. The Spaniard recovered to produce a wicked delivery to which Mexican forward Raúl Jiménez barnstormed on to. The header lacked accuracy and did go out for a corner via Christopher Schindler, but Town would remain resolute and break.

Jon Gorenc Stanković charged from the edge of his own box to the other, taking a clout from Ryan Bennett in the process. The eventual counter concluded with a wayward speculative effort from Karlan Grant, as Siewert would've certainly had taken some heart from a performance which had substantially improved from the one at St James' Park.

A positive first half display came from Duhaney; unfortunately, it was a half-time exit for the Academy graduate, departing with a slight knock.

His team soldiered on for the opener, with two decent chances to start the second period. Firstly, Steve Mounié's top corner-bound strike cannoned off the face of Willy Boly, followed by Jon Gorenc Stankovic heading straight at Rui Patrício having found himself in a generous amount of space inside the six-yard box to instigate the chance.

Jonas Lössl's evening had relatively consisted of claiming a number of high balls, and the Dane had to be alert to smother Jiménez's delicate through ball before the on-rushing intended target of Jota could nip in to tuck home.

Up the other end, half of the ground thought Town had taken the advantage; the only down side was that Steve Mounié actually headed into the side-netting. The Benin striker capitalised on an innovative ball from the touch-line into the area from replacement Juninho Bacuna, only for the finish to be desired. Still, the men in blue and white continued to pose a threat although the Wanderers' back-line refused to give anything up easily.

Grant himself was hell bent on making an instant impression on his full home debut. He drifted away from Coady and flashed to the front-post where Jonathan Hogg minimally glanced over the bar from an acute angle.

10 minutes to go, and Wolves were beginning to apply pressure, albeit with the large majority of possession in and around areas which weren't too much trouble to the impressive duo of Schindler and Kongolo; not forgetting the assistance of the ever-composed Jon Gorenc Stanković sitting just in-front.

Started from an excellent Christopher Schindler lofted distribution, Steve Mounié came within a whisker of breaking the deadlock.

Substitute Elias Kachunga raced forward, and as Steve picked up the pieces, a low, curling effort grazed the outside of the post which had Patrício scrambling.

Mounié may have been out of luck there; he wasn't next time around. A sheer grit in the teeth and persistence to grind out a first victory since November was unbelievably rewarded right at the death, as Steve scrambled home Grant's knock-down from Aaron Mooy's flighted cross to cue scenes of utter delirium amongst the terraces.

Finally, something to shout about, completing a league double of the Molineux outfit in the process; a display which would go great lengths to salvaging some momentum and pride as the season rolls onto its penultimate stage.