Three points will be the goal for Jan Siewert as he hosts the side currently sitting sixth in the league – aiming to collect his first victory as Head Coach.

Arsenal faced defeat in their last fixture, a 3-1 defeat to reigning champions Manchester City. That result means that the Gunners’ last win away from home in the Premier League came at the end of November.

Emery took the reigns as Head Coach of Arsenal in July 2018, after achieving success across the continent in roles at PSG, Sevilla and Valencia.

When the two sides last meant in December, it took a spectacular bicycle kick from Lucas Torreira late on the game for Arsenal to clinch a 1-0 victory.

Town’s last victory over in January 1971 in Division One as the Terriers ran out 2-1 winners.

One of Arsenal’s longest standing players in the squad at the moment, Koscielny has been at the Emirates since 2010 after signing from FC Lorient. Now at the age of 33, he remains a stalwart in Arsenal’s defence. Having made 245 appearances for the London side, and 51 games for his native France, he remains dependable, having scored twice in recent weeks against, with a goal against both Chelsea and Man City. 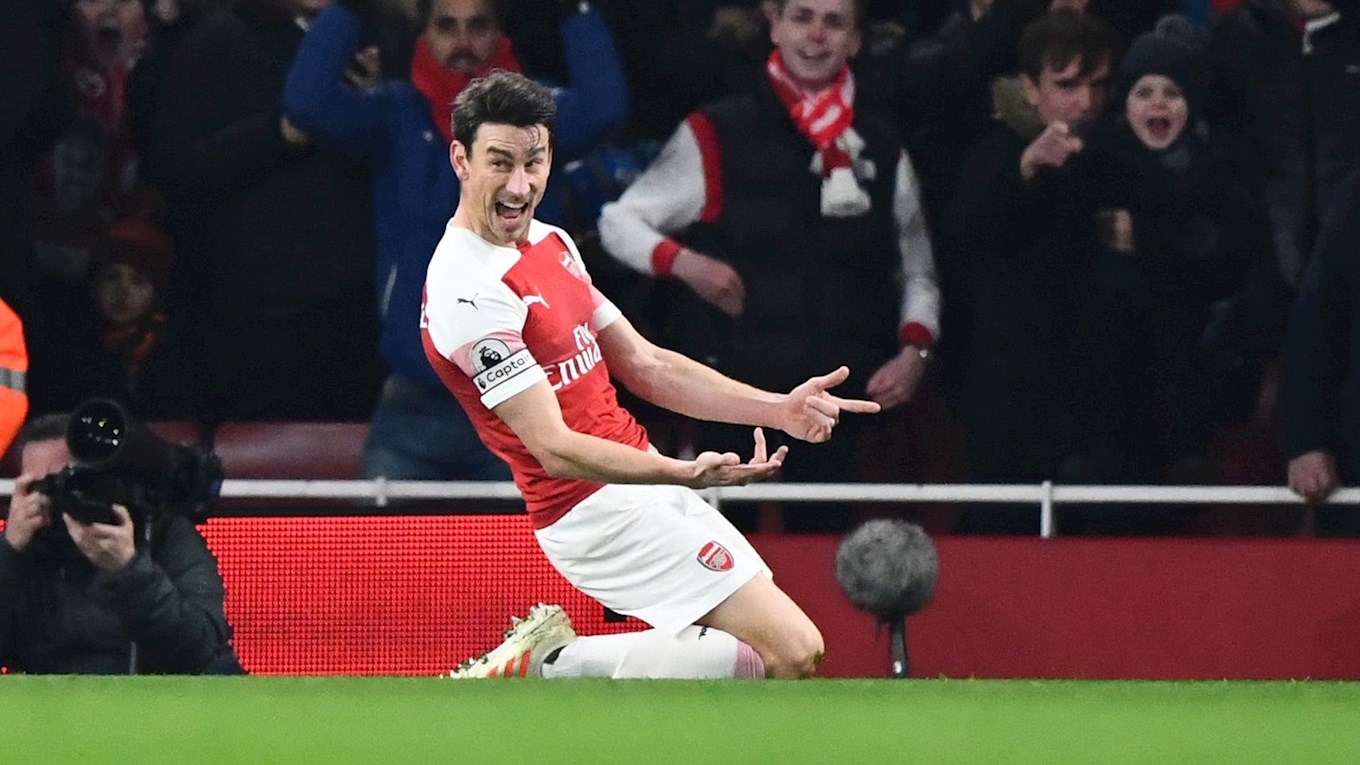 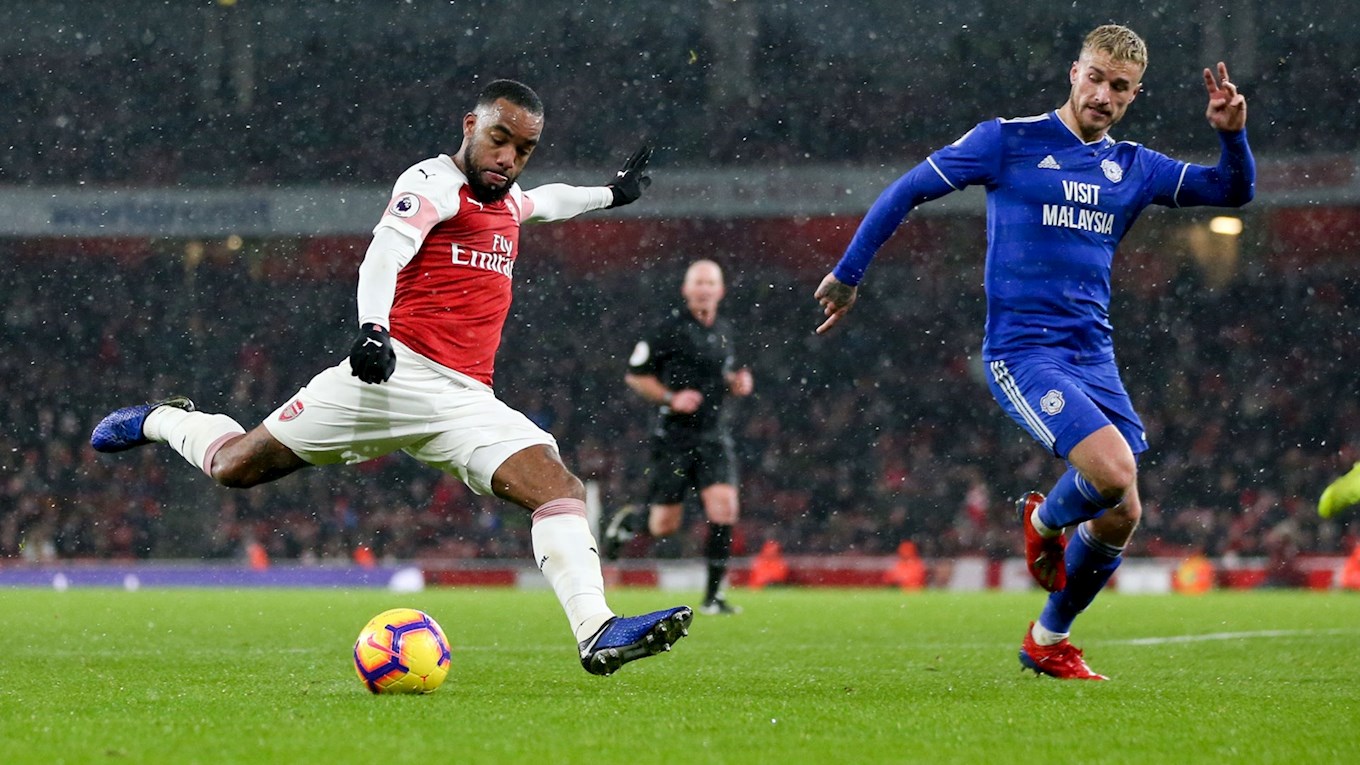 Joining Arsenal from Dortmund on deadline day of the January transfer window in the 2017/18 season, Aubameyang has hit the ground running for his new side. The Club record signing has since scored 25 times in 38 games for the Gunners. He began the 2018/19 campaign in fantastic form, becoming the first player to reach 10 goals this season, and his forms continued, scoring 15 so far. Playing his international games for Gabon, Aubameyang has 24 goals in 58 games, and was named African Player of the Year in 2015. 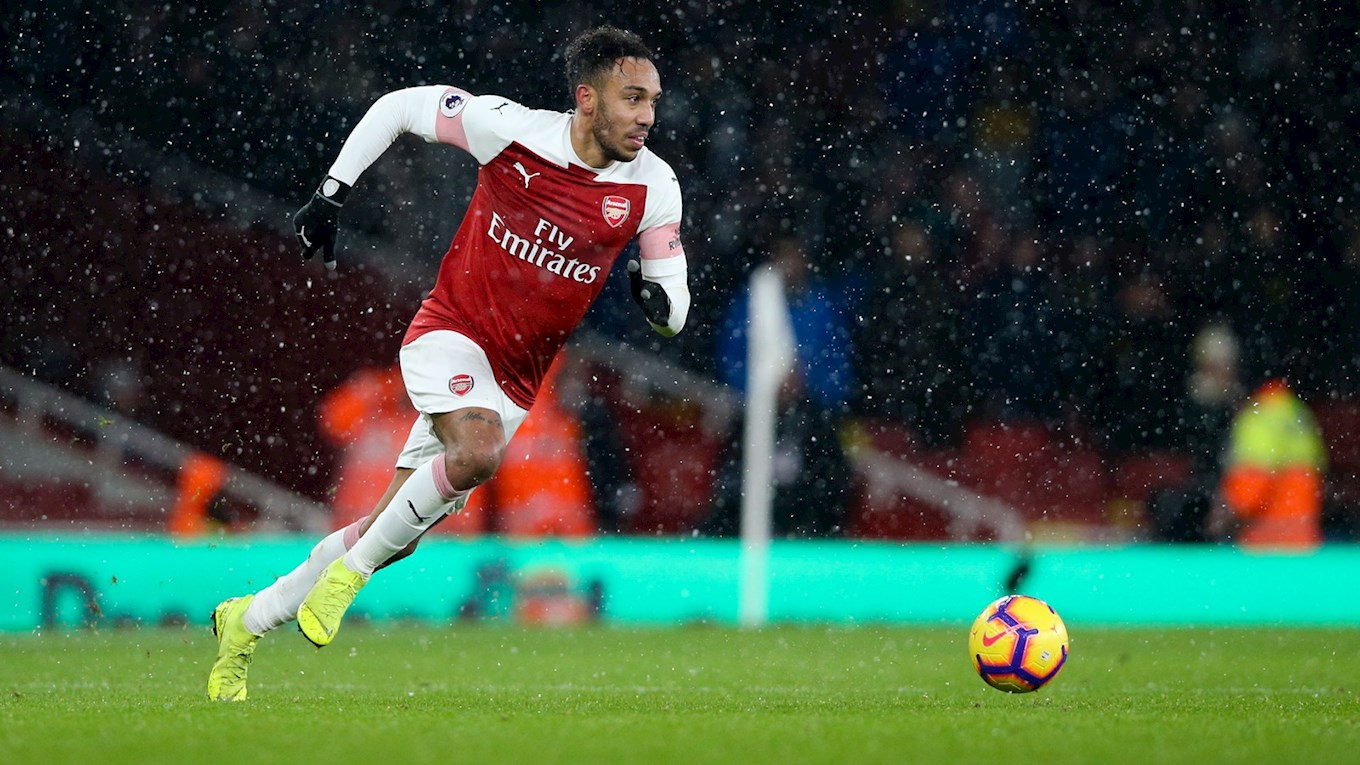 There’s a limited number of tickets for this weekend’s game available! If you want one, please CLICK HERE! Hurry, so you don’t miss out.

Town will be wearing the famous blue and white kit for Saturday’s Premier League game. CLICK HERE to buy a shirt!

A performance that maintained the pattern of the season to date, as Town contended well against Arsenal who were made to work hard for maximum points which ultimately headed back to the Capital.

Alex Iwobi's deflected strike 15 minutes in and Alex Lacazette's tap-in just before half-time all but wrapped up the victory for Unai Emery's men, although another positive performance had something to show for it in injury-time as Sead Kolašinac turned into his own net under pressure from home debutant Karlan Grant.

Jan Siewert made four changes in response to the defeat in west London a week previous, two of which enforced due to Jonas Lössl and Chris Löwe being struck down by illness. Ben Hamer and Mathias Zanka slotted in, as did Jason Puncheon and the returning Jonathan Hogg in the places of Isaac Mbenza (calf) and Philip Billing.

Town started brightly with the direct running of Adama Diakhaby, but so did the London visitors. Terence Kongolo perfectly recovered on the slide to halt the progress of Alexandre Lacazette inside the area after the Frenchman had neatly been played in by Alex Iwobi.

Iwobi had a chance of his own moments later and duly took it, albeit via a generous degree of fortune.

The Nigerian volleyed Kolašinac's far-post cross towards goal, and it eventually found the back of the net via a cruel deflection off Terence Kongolo which seemed to catch Ben Hamer by surprise as the 15-minute mark passed.

Town responded though, and an out-swinging Aaron Mooy corner fell to Jason Puncheon on the edge of the area. Puncheon's resulting strike struck Laurent Koscielny, leading to vocipherous calls for a penalty; referee Jonathan Moss was quick to wave away such claims, however.

Despite going behind, there were several positives to Town's play. Pinning their opponents in deep in their own territory to force mistakes, as well as the energy and pace of Adama Diakhaby consistently taking it to marker Nacho Monreal on his desired right-flank.

Although there had been no meaningful chances of sort for the men in blue and white, Jan Siewert would've been suitably pleased with his side's application throughout the first period.

But as encouraging as the first-half may have been, Lacazette would strike a bitter blow just a minute before the interval. The former Lyon striker - unmarked at the far post - couldn't miss from a yard, tapping home Ainsley Maitland-Niles low delivery across the face of goal.

2-0 down maybe, but Siewert's Terriers came out with a real spring in their steps. Diakhaby swept Kongolo's cross powerfully towards the corner which forced Bernd Leno into a smart save down low to prevent the scoreline from being deservedly halved.

Still Town battled. Substitute Erik Durm was unlucky to see a cross divert off Mustafi onto the bar, before Diakhaby couldn't turn home in space having received a loose deflection from the initial shot at goal from the left boot of Jason Puncheon.

Ben Hamer had to produce a save of his own to thwart Alex Iwobi from poaching a third on the break. Iwobi lost the attention of the blue and white shirts in a clever position down the left, and after being found by Lacazette, the finish was to be desired.

Back at the other end, Elias Kachunga may well have thought he'd got Town back into the contest, reacting sharply to the rebound of Adama Diakhaby's parried shot by Leno. Kache aimed to prod home but was beaten to the punch by a determined Nacho Monreal in the nick of time.

Town’s spirit and determination was excellent. Laurent Depoitre was inches from finding the corner having latched onto a perfectly weighted Tommy Smith ball down the channel, which split Monreal and Koscielny. Unfortunately for Lolo - and what summed up this season's offensive luck - it sailed agonisingly past the wrong side of the post.

Karlan Grant nearly had an immediate impact. Leno scrambled to deny Depoitre's charge towards the loose ball, and as the rebound dropped, the January recruit from Charlton rounded the German 'keeper before being sandwiched by a duo of Mustafi and Koscielny who in turn cleared away off the line as Karlan looked to fire home.

Arsenal would ultimately take the points back down South, but that wasn't without a frantic finish.

Town deservedly got on the scoresheet in injury-time; Kolašinac looked to have prodded into his own net under pressure from that man Grant, to give the ever-superb Terriers faithful something to shout about on what had been an undoubtedly positive afternoon despite falling just short.

No action next weekend as the FA Cup Fifth Round takes centre stage, so Town return to action in a fortnight's time with a trip to the North East to face Newcastle United (Saturday 23 February 2019, 3pm).