The Head Coach will be hoping his side can come back to West Yorkshire with three points in his first away game in charge of the Club.

The hosts currently sit fifth in the Premier League table, level on points with Arsenal who occupy fourth place.

However, Chelsea come into the game on the back of a 4-0 defeat away to AFC Bournemouth. The Blues are unbeaten in their last five home games.

Sarri took over as Head Coach of Chelsea in July 2018, with the Italian having previously enjoyed a successful three-year spell in charge of Napoli.

The corresponding fixture saw Chelsea clinch a 3-0 win in August 2018 ensuring Sarri and his players returned to London with all three points.

David Luiz first joined Chelsea in January 2011 and spent three-and-a-half years with the Club before moving to France to join Paris Saint-Germain in June 2014. The centre-back won nine trophies during his time with the Parisians before returning to Stamford Bridge in August 2016. Luiz has now made over 200 appearances for Chelsea and has grabbed the one goal and supplied two assists so far in the Premier League this season. The Brazilian has also made 56 appearances for his country after making his international debut in August 2010. 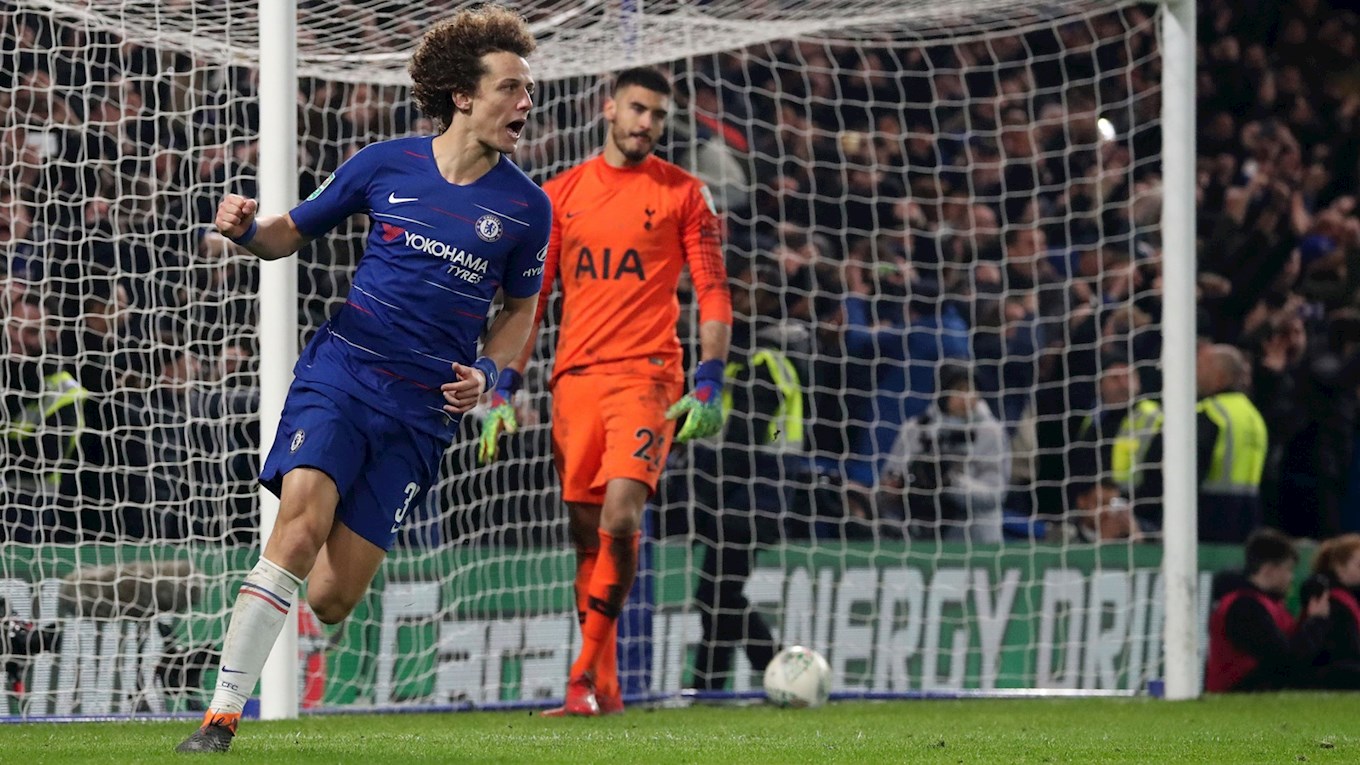 Pedro began his career with FC Barcelona and won 24 trophies during his time with the Catalonians. The 31-year-old first represented Spain in May 2010 and the winger is also a World Cup and European Championship winner. Pedro has grabbed seven goals during the 2018/19 Premier League season. 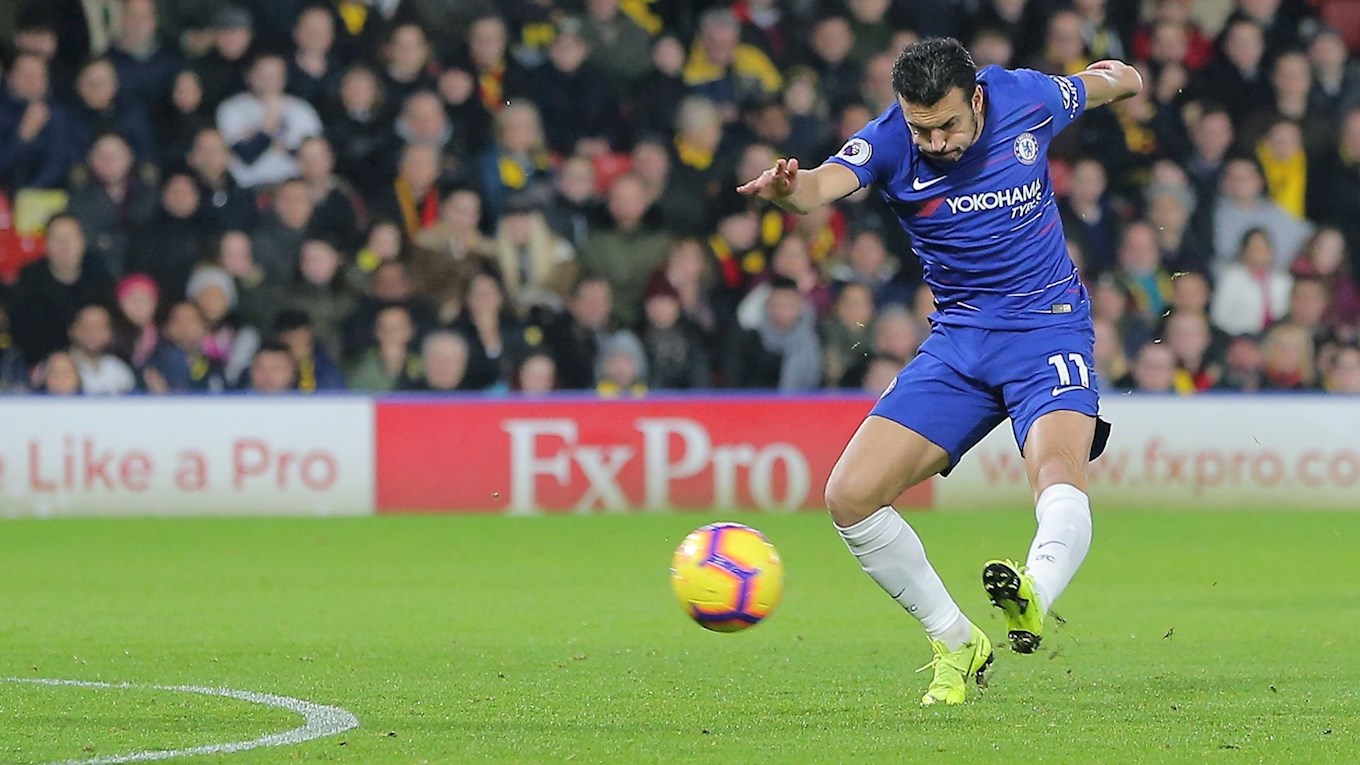 Kepa Arrizabalaga signed for Chelsea from Athletic Bilbao in August 2018 for a £71m fee, making him the world’s most expensive goalkeeper in history. The Spanish international has played every Premier League game so far this season, keeping 10 clean sheets in 24 appearances. The goalkeeper made his international debut in November 2017 and has made three appearances for his country to date. 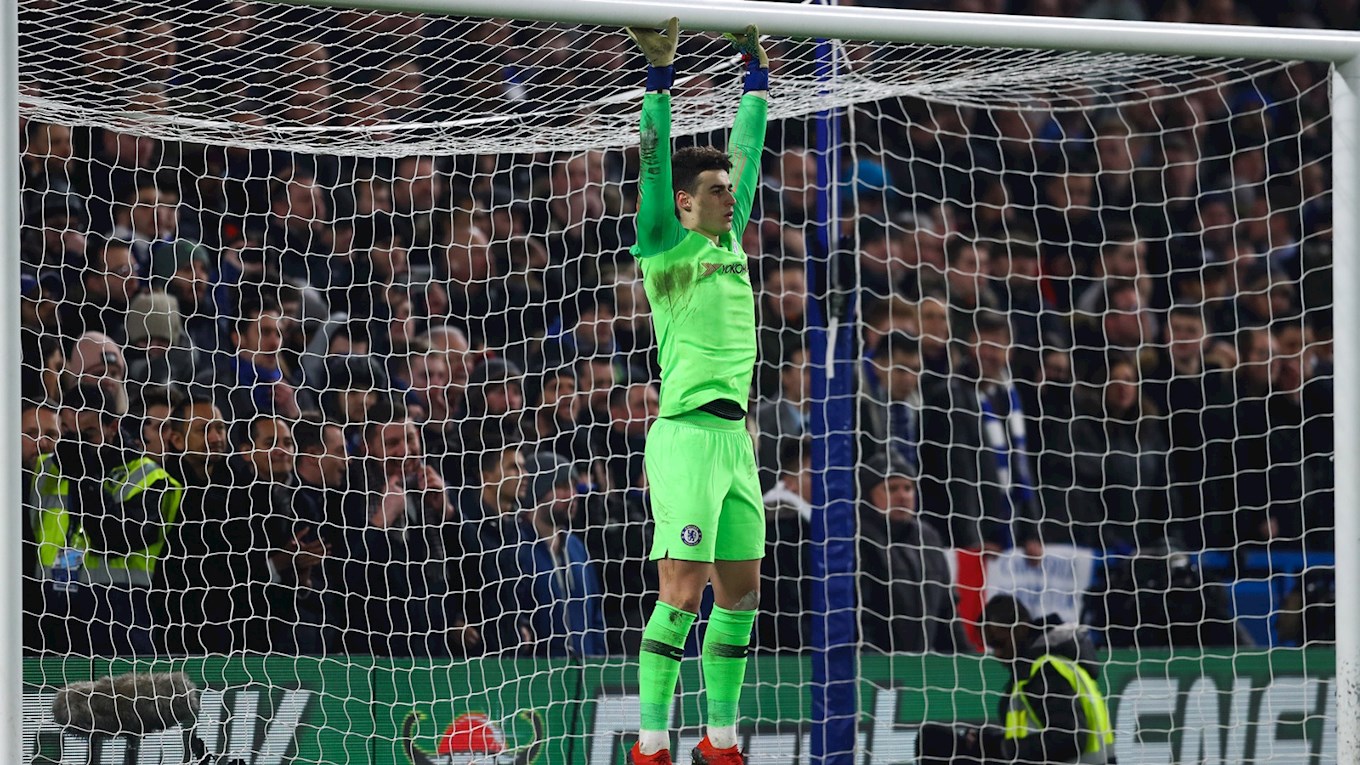 Maurizio Sarri is expected to have his full squad available to him for the visit of Town.

Tickets for the match at Stamford Bridge have sold out, however, you can still listen to full commentary provided by BBC Radio Leeds via #HTTV.

Town will be wearing the yellow and navy alternative kit for Saturday’s Premier League game at Stamford Bridge. CLICK HERE to buy a shirt!

If you’re heading down to London to watch Town away, then take a look at Chelsea’s Fan Guide for supporters by clicking HERE.

Town certainly didn't disgrace themselves at Stamford Bridge despite Chelsea netting five goals in the first fixture of February.

Gonzalo Higuain and Eden Hazard netted braces - one in each half, with one of Hazard's arriving from the spot - with Elias Kachunga turning into his own net late on to cap a disappointing afternoon.

Jan Siewert made five changes to the side that suffered defeat against Everton. Aaron Mooy returned to make his 50th Premier League start, with Skipper Tommy Smith, Isaac Mbenza, Chris Löwe and Philip Billing following suit to round off the alterations in West London.

The hosts were out to avenge a midweek defeat at AFC Bournemouth, so it was already going to be a challenge within its own rights to keep the Blues at bay.

Ross Barkley went close as proceedings took shape. The midfielder flashed wide from a central position on the edge of the area without hesitation from a pass which had run beyond the intended target of N'Golo Kante.

But Town weren't just at the Bridge to make up the numbers. A great chance to go ahead was squandered by the re-instated Mooy, as the Australian headed just over from Chris Löwe's centre having rose highest between David Luiz and Andreas Christensen.

As always against the elite, the defensive awareness had to be of the highest order. Christopher Schindler personified that notion early on, twice denying new Chelsea recruit Gonzalo Higuain a clear sight of goal by firstly timing a sliding clearance to perfection ahead of a strong, determined effort to win the ball first in the air as the Argentine striker looked to muscle his way into range.

Higuain wasn't to be denied moments later. Clever movement worked an opening of which he would take full advantage, blasting his first goal for the Fulham Road outfit past Jonas Lössl from an acute angle at the near post.

A Mooy free-kick looked to have dropped kindly for substitute Steve Mounié around the penalty spot, but the Benin front-man - introduced for Isaac Mbenza who departed prematurely through injury - couldn't adjust his feet quick enough for the shot on the swivel, allowing Luiz to clear his previous misdemeanour of failing to deal with the initial ball into the danger zone.

Adama Diakhaby showed his electric pace and fantastic touch to excel down the right, and as the pull-back reached Philip Billing, Phil's corner-bound side-footed effort was valiantly blocked by Andreas Christensen.

Town were still in the game no doubt. Several times Adama Diakhaby found himself with space to drive at the Chelsea backline, but on each occasion the Blue shirts manage to rally round and halt the winger, who was looking lively and a threat on the flank nonetheless.

And as things were looking up, it came crashing back down. A dubious penalty given for a foul on Azpilicueta by Elias Kachunga was converted by Eden Hazard to give Chelsea a commanding 2-0 lead at the break.

Willian was intent on increasingly the difficulty of the Terriers' task at hand. The Brazilian wrapped a curling effort inches over the bar having fronted up his marker and checked inside.

Philip Billing's tame shot forced Kepa into a save, before Town had penalty shouts of their own waved away as Kachunga tumbled under Christiansen's challenge; swiftly waved away by referee Paul Tierney.

Hazard duly wrapped things up beyond the hour. The Belgian neatly collected a weighty pass, continuing to round Jonas Lössl and slot home through the despairing dives of several Town defenders.

Higuain grabbed a Chelsea fourth two minutes later. The forward found the top corner from 25-yards, albeit via a slight, unfortunate deflection off Terence Kongolo.

It was five as the duration neared; David Luiz's effort from a corner taking a wicked touch off Kachunga to wrong-foot Lössl and give the score-line a cruel look to it.