Huddersfield Town will make the trip to London this weekend as David Wagner’s side face Claudio Ranieri’s Fulham at Craven Cottage on Saturday 29 December; 3pm kick-off.

The Head Coach will be hoping his players can secure three points against Fulham after suffering a 3-1 defeat away to Manchester United on Boxing Day.

Fulham currently sit 19th in the Premier League table, just the one point and place ahead of Town.

The hosts come into the game on the back of a 1-1 home draw with Wolverhampton Wanderers.

Ranieri replaced Slaviša Jokanović as Fulham boss on 14 November 2018 and the Italian oversaw a 3-2 win over Southampton in his first game in charge of the West London side.

The last time Town clinched all three points at Craven Cottage was back in 1993, with the last six fixtures seeing Fulham secure four wins and two draws between the sides.

Sergio Rico is currently on loan at Fulham from Sevilla. The Spanish goalkeeper has made 10 appearances in the Premier League for the Cottagers, keeping just the one clean sheet. The 25-year-old’s one appearance for his country came on 1 June 2016. 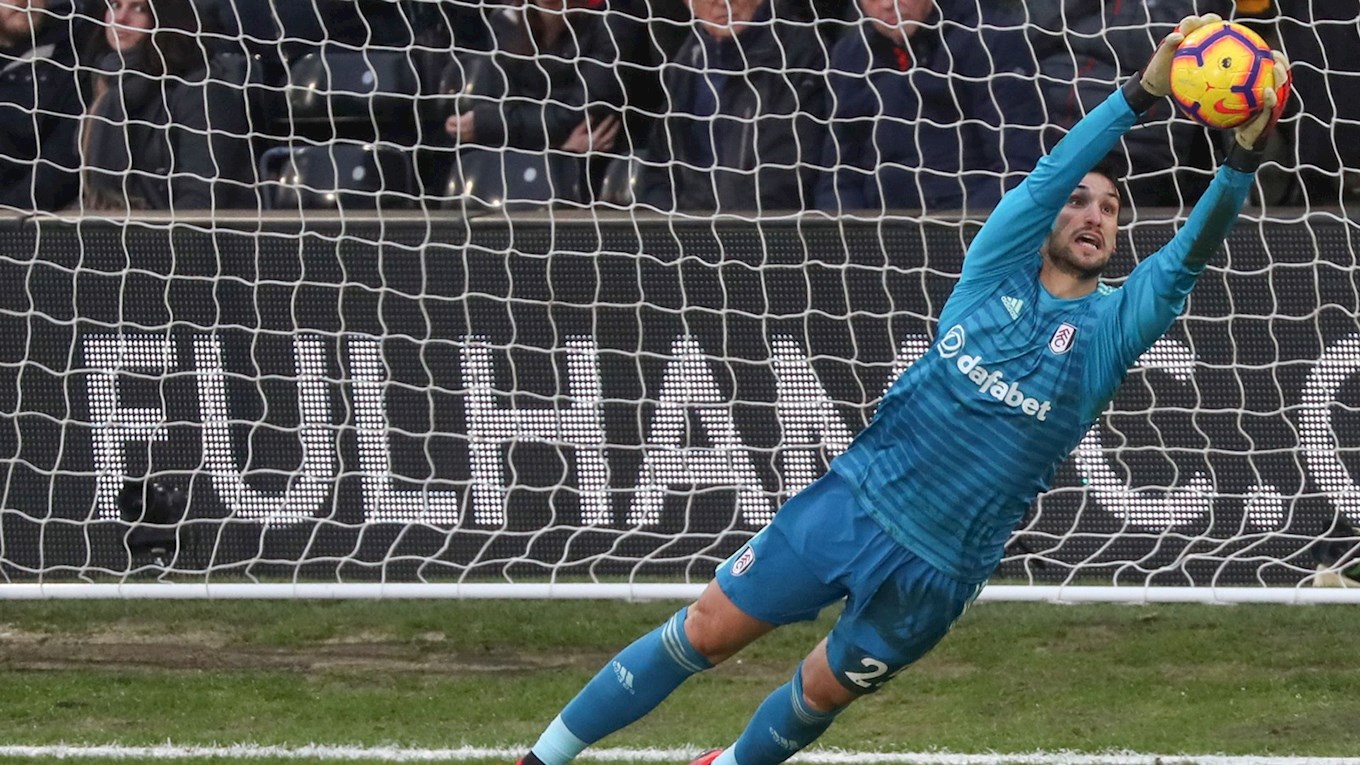 Aboubakar Kamara began his professional career with AS Monaco before joining Belgian side K.V. Kortrijk in 2015. A move to Amiens SC followed before the Frenchman signed for Fulham on a four-year deal in July 2017. The 23-year-old has scored 11 goals since making the move to England, including two goals in the current Premier League campaign. 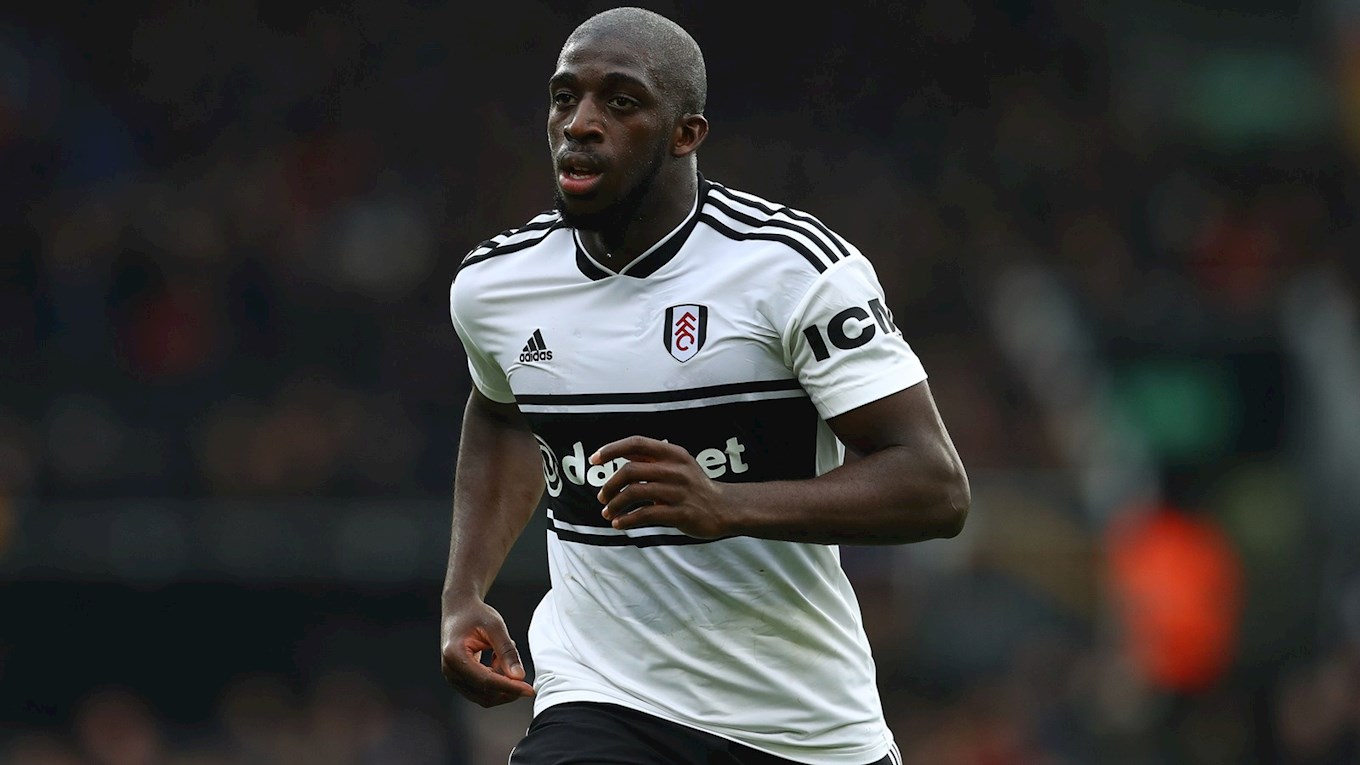 Aleksandar Mitrović initially joined Fulham on a loan deal before the move was made permanent in July 2018. The Serbian international played a significant role in Fulham’s promotion back to the Premier League, grabbing 12 goals in 20 games whilst on loan. Mitrović is a powerful striker and the 24-year-old has found the net seven times in the Premier League this season.

Fulham are likely to be without midfielder André-Frank Zambo Anguissa who is expected to be out of action with a knock until New Year’s Day.

Tickets remain on general sale for the match at Craven Cottage; CLICK HERE for full information.

Please note there's no pay on the day at Fulham, so CLICK HERE to purchase your ticket now!

Town will be wearing the red and black away kit for Saturday’s Premier League game at Craven Cottage. CLICK HERE to buy a shirt!

Town rounded off 2018 in the worst possible manner, losing out to a late, late Aleksandar Mitrović strike on the cusp of injury time.

A low-key affair where neither side had many clear-cut chances, but Mitrović took his right at the death, ensuring that Aboubakar Kamara's missed spot-kick several minutes earlier didn't prove costly.

A pleasantly mild afternoon on the banks of the River Thames in West London where David Wagner made three changes to his starting squad. The system matched up with the home side's 3-5-2 wing-back approach; Chris Löwe came in on the left-hand side, Steve Mounié lead the line alongside Alex Pritchard and the final change saw skipper Jonathan Hogg return in the centre of the park. Elias Kachunga, Isaac Mbenza and Laurent Depoitre were the men who dropped to the bench at the Cottage.

Even from the opening blow of Kevin Friend's whistle, Claudio Ranieri's Fulham set their stall out to drop deep and frustrate the Terriers without allowing any space in behind to exploit.

Despite the home side's block, Town still knocked the ball around with purpose to see an opening. Jonathan Hogg's chip found Erik Durm's surge, but the cross resulted in a corner to which nothing would ultimately come to fruition; apart from sensational tenacious work from Alex Pritchard to sprint back and cover his Captain in centre field before Luciano Vietto could race clear.

It was the Red and Black-clad Terriers who'd made the brighter start in the Capital. Home ‘keeper Sergio Rico's blushes were spared as he spilled a Philip Billing piledriver, and with Steve Mounié lurking to pounce, the misdemeanour went unpunished as a lucky break saw the rebound cannon to the feet of Tim Ream who eventually drew a foul from Pritchard.

The hosts took 15 minutes to fashion a chance. Flank to flank, Vietto crossed with a degree of height towards the back stick where right wing-back Cyrus Christie had sneaked in. Fortunately for the Terriers, Irish international Christie couldn't make an adequate connection to force goalwards despite having the better of his marker.

Aleksandar Mitrović has proven himself to be a real physical threat to many defences throughout his stint in English football. The Serb leapt highest to meet Seri's corner, only to see his headed effort fly way over the crossbar.

Arguably the best moment of the came arrived from a neat Fulham move. Denis Odoi's swift turn away from defensive pressure opened up space for a cutting through ball aiming for the barnstorming Tom Cairney. The Scottish home skipper took a loose touch on his clear route to goal which Jonas Lössl was more than agile enough to claim and smother.

Back came Town in the way of a mini period of Whites momentum. Steve Mounié's clever run deceived Alfie Mawson and he headed on target from Jonathan Hogg's accurate delivery, but it failed to force Rico into anything other than a routine save.

Mounié was also proving to be a physical thorn in the Fulham defence's side. The Benin striker won a knockdown for the targets of Pritchard and Hadergjonaj accompanying in the box. As per the pattern of the season and this contest, the ball just wouldn't drop kindly for a shooting chance to occur.

Ranieri made a double substitution at the interval to alter the tempo with which his outfit could get at the Terriers. Although, it was a set-piece that almost caught the HD1 Club napping. Chambers arced a run to beat the offside trap, and Cyrus Christie was inches from sliding home as the downward knockdown skidded off the turf to evade each player in the vicinity.

In truth, Ranieri's changes had inspired the Cottagers. Maxime Le Marchand fired straight at Jonas Lössl to let Town breathe a major sigh of relief having been free at the far post.

And the Fulham pressure continued to mount. That man Mitrović was superbly denied from heading into the bottom corner by the strong wrists of Jonas Lössl, once again being the first to meet a delivery into the area from the left peg of Joe Bryan.

Responding having somewhat weathered a brutal Fulham storm, David Wagner made a double introduction of his own with Laurent Depoitre and Elias Kachunga tasked with providing the extra injection of energy to push on and potentially find a valuable winner.

Half-time sub Kamara contributed a great deal to further pace for the West Londoners. A thunderous half-volley was well held by Lössl, as it became clearer that the Terriers really needed a spark to either hold out or come away from the Cottage with a vital reward.

There had been multiple lay-offs; but the biggest one of them all came 10 minutes from time. After Chris Löwe was adjudged to have handballed in the area, Aboubakar Kamara stepped up to take the resulting penalty following a discussion with Mitrović.

Kamara, however, found his tame penalty saved by Jonas Lössl to keep the deadlock in-tact.

It was going to be a nail-biting final five minutes, as the Town performance hadn't reached the spirited standards of Boxing Day by a reasonable distance.

From the joy of the penalty save to the anguish of a last-minute concession. On a quick counter, Ryan Sessegnon perfectly picked out the run of Aleksandar Mitrović who in turn slotted through the legs of Jonas Lössl to give the hosts the win at the death.