David Wagner’s Huddersfield Town side travel to the south coast looking to return to winning ways against Eddie Howe’s AFC Bournemouth at the Vitality Stadium on Tuesday 4 December; 7:45pm kick-off.

Wagner and his players will be hoping they can bounce back with a win against The Cherries following Saturday’s 2-1 home defeat to Brighton & Hove Albion.

Bournemouth currently sit ninth in the Premier League table, after an impressive start to the 2018/19 season.

However, the hosts come into the game on the back of a 3-1 defeat away to league leaders Manchester City.

Howe has been the man in the dugout for The Cherries since 2012 with the former Bournemouth defender remarkably guiding the Club from League 1 to the Premier League during his second managerial spell in charge of the Dorset side.

The corresponding fixture saw AFC Bournemouth ensure the three points remained on the south coast thanks to a 4-0 win last November.

Callum Wilson began his career with Coventry City and spent five years at the Ricoh Arena before making the move to the south coast. Wilson has found the net 51 times and grabbed 22 assists in his 131 games for the Cherries. His goalscoring talent saw him receive his first England call-up in November 2018 with Wilson finding the net on his debut in a friendly win over the United States. 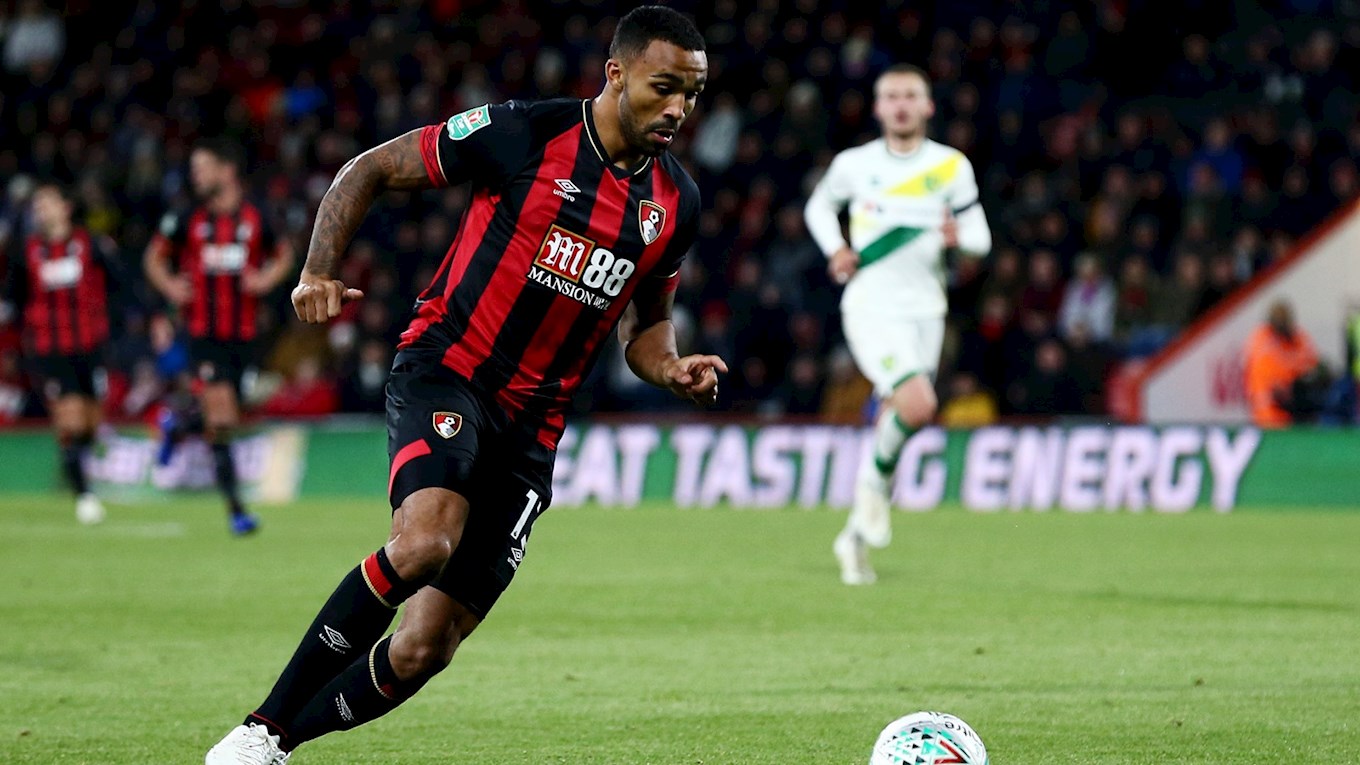 Ryan Fraser signed for Bournemouth in 2013 after spending three seasons with Aberdeen in the Scottish Premier League. The 24-year-old has played a key role in Bournemouth’s successful start to the 2018/19 season with the winger contributing three goals and six assists. Fraser made his international debut for Scotland in 2017 and scored his first goal for his country in a UEFA Nations League victory over Albania in November 2018. 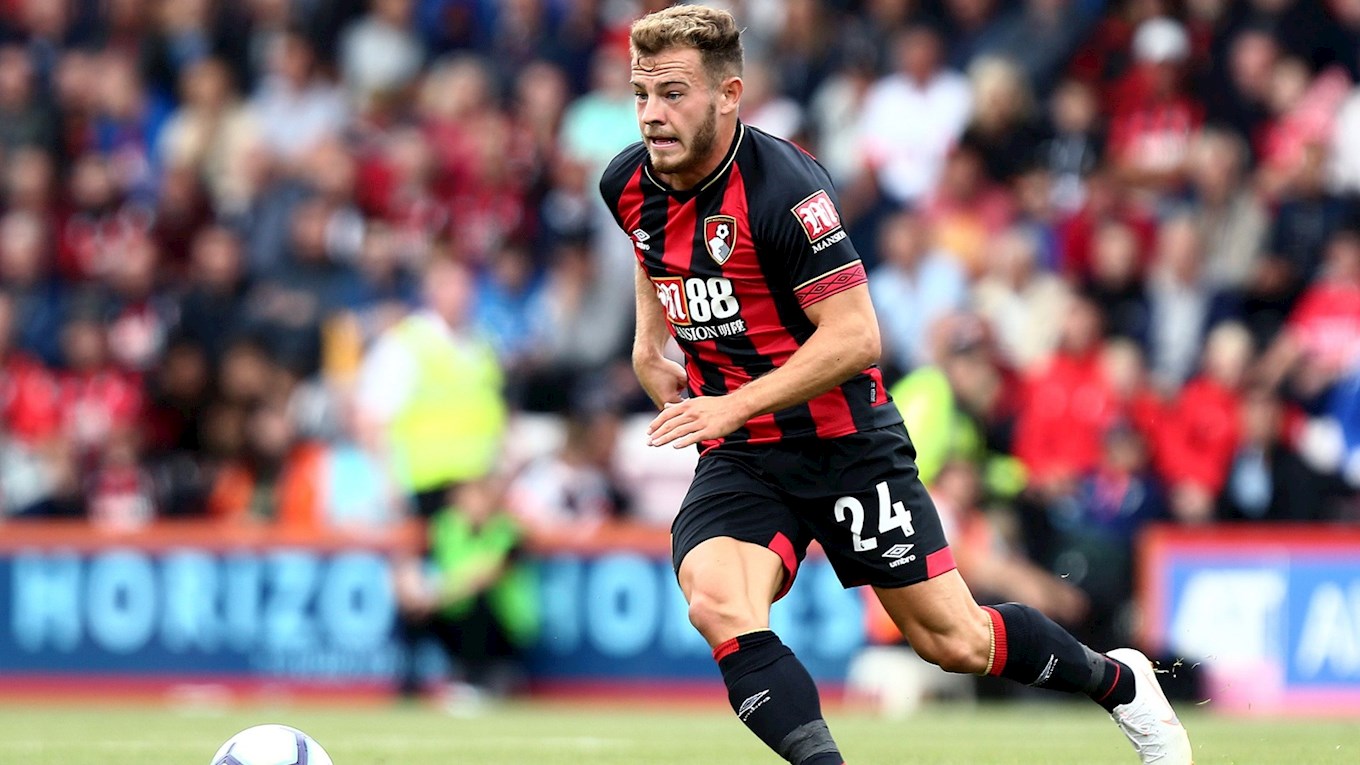 David Brooks is a fairly new member of the Bournemouth squad after only joining the Club from Sheffield United in July 2018. Brooks has adapted well to Premier League football and the 21-year-old has featured 13 times for the Cherries in the league; scoring three goals and providing the one assist. The attacking midfielder made his international debut for Wales in November 2017 and has gone on to make none appearances in total for the Dragons. 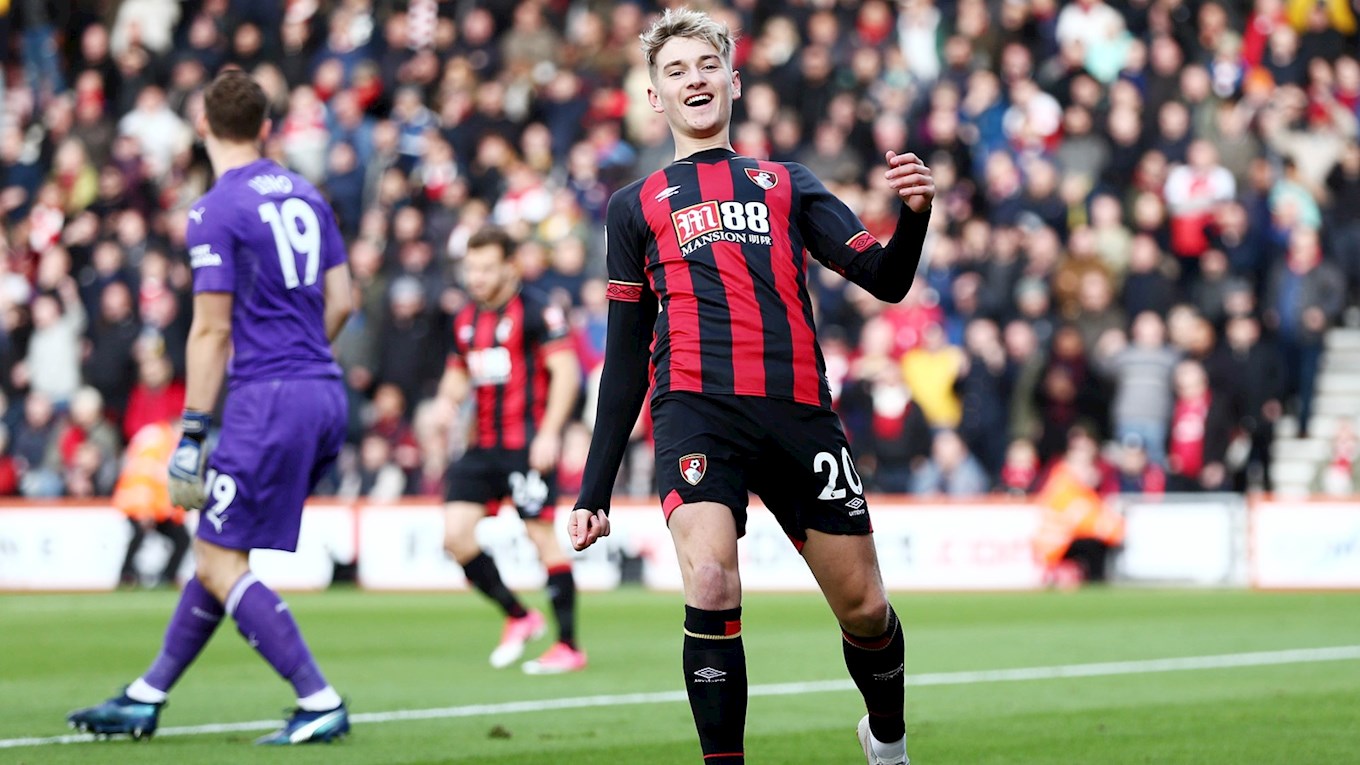 Bournemouth midfielder Jefferson Lerma could return to Eddie Howe’s side after serving a one-match suspension.

Tickets remain on general sale for the match at the Vitality Stadium; CLICK HERE for full information.

Town will be wearing the famous blue and white stripes for Tuesday’s Premier League game at the Vitality Stadium.

Two early goals condemned Town to defeat at the Vitality Stadium, although the men from West Yorkshire could well have taken a point home following a good response having gone two goals down.

Callum Wilson nodded in Ryan Fraser's corner before Fraser himself got in on the act to make it 2-0 after 22 minutes. It goes without saying that Town dominated proceedings from then on, with a number of chances to earn a share of the spoils following Terence Kongolo's header to pull a goal back shortly before the interval.

But it wasn't to be as a resilient Cherries defence- and goalkeeper Asmir Begovic in particular who made a number of key saves- stood up well to the questions that David Wagner's side probed time after time.

Laurent Depoitre in for Steve Mounié was the only and enforced change for Town in light of a three-match ban being upheld by the FA following an unsuccessful appeal against the red card shown to the Benin striker on Saturday.

On paper, the fixture had all the hallmarks of a tough encounter. A long midweek trip, wet and chilly conditions coupled with an imminent response expected from the home side to maintain their good start to the season despite a recent run of four straight league defeats.

Looking to bounce back themselves from a frustrating weekend defeat to Brighton were the Terriers. A flurry of early half-chances fell the way of Erik Durm and Florent Hadergjonaj. Erik's burst through the middle was halted by Steve Cook having been found by an inch-perfect Aaron Mooy pass, and Florent volleyed over despite a generous amount of space at the far post from a Mooy corner.

Bournemouth wouldn't miss their first chance of the clash, meanwhile. Bournemouth was awarded a free-kick given against Jonathan Hogg that resulted in Callum Wilson heading home a Ryan Fraser delivery at the near post to give the hosts an early advantage in Dorset.

Joshua King thought he'd made it two with a looping effort that almost caught Jonas Lössl out. The Dane was more than equal to palm over the bar and keep the deficit at a relieving one for the time being at least.

Bournemouth have grown a reputation over recent seasons to play with a substantial degree of pace and power on the break, and that system was evident as both King and Wilson continued to pose threats alongside constant assistance from Brooks and Fraser on the flanks looking to run beyond the Town rearguard.

Wilson skipped marker Zanka before flashing across goal to which winger Ryan Fraser couldn't manage to squeeze in around the back to poke home into an empty net.

The duo of Durm and Hadergjonaj combined to fashion a brief chance, as the latter crossed deep aiming for Laurent Depoitre but as the ball sailed over the head of the Belgian, Durm's recovering header failed to trouble Begovic.

Just as Town were growing into the game, Ryan Fraser struck a dagger right to the heart.

Laurent Depoitre found Nathan Aké in the way as he attempted to flick a Hadergjonaj cross goalwards, only for the decisive blow to occur at the other end just seconds later.

Callum Wilson's clever dash into a gap opened up space for Ryan Fraser on the far side, bursting a lung to get forward. The Scot calmly finished past Lössl to double the lead.

Alex Pritchard, Depoitre and Mooy all saw fantastic chances thwarted by the Bosnian. Pritch couldn't stick a low shot in the corner from inside the six-yard box having received Billing's knockdown, Depoitre's unmarked header from another Hadergjonaj cross was somehow batted away at shoulder height and Mooy's thunderous free-kick from the edge of the area was also powerfully palmed out of harms way.

There was nothing Begovic could do to keep out Terence Kongolo's header with 7 minutes left to the break. Thoroughly deserved on the balance of play, Terence flicked in a first Huddersfield Town goal from Zanka's ball back into the danger area, finally reducing the arrears that the display probably deserved after Bournemouth’s second.

Superb midfield work from Aaron Mooy again set Pritchard on his way, direct at Nathan Aké. It would've been the best possible outcome as first half injury time commenced, but Alex's right-footed effort blazed wildly off target; a definite half of two halves as they come.

A high intensity welcomed in the second 45. King fortunately fired wide, laid in by Wilson who sprung the offside trap once more to almost catch Zanka cold.

Livewire Pritchard maintained his intentions to work in those pockets of space. Found by Mooy, he danced his way into a shooting position only for Cook to heroically put his body on the line to deny the cornerbound attempt.

Town could smell an equaliser, and as per the pattern of this contest, it was the long legs of Begovic that intervened to keep out a Mooy volley at the far post after Phil Billing's cross evaded everyone in and around the penalty spot.

Pressure was beginning to mount, and the possession stats in the Terriers' favour nearly came close to being made to pay off.

The unlikely figure of Zanka found himself through on goal, and after good shepherding out wide from Charlie Daniels, the resulting cross concluded with Philip Billing returning it back to the near post where Ake crucially got across Depoitre, stopping the big man from sweeping home that all important leveller.

Abdelhamid Sabiri and Isaac Mbenza's introductions were a positive roll of the dice for the Head Coach; albeit with German Under 21 International Sabiri only lasting a matter of seconds following a shoulder injury sustained on his first reception of the ball.

Ramadan Sobhi stepped in to make just his third Town appearance in the process; the shape now a 4-3-3, with constant movement between the lines and a pacey threat of their own up top in the form of Isaac Mbenza.

The Cherries had stood up well to the aerial bombardment from the men from HD1 had instigated right upto the final minutes. Florent Hadergjonaj tamely volleyed at Begovic, and that just about summed up the luck infront of goal.

It's a trip to Arsenal up next on Saturday for the Terriers (Saturday 8th December, 3pm).