Town travel to the Emirates Stadium on Saturday

David Wagner’s side travel to North London on Saturday 8 December 2018 to take on Unai Emery’s Arsenal at the Emirates Stadium in a 3pm kick-off.

Huddersfield Town will be hoping to bounce back from successive defeats after losing to both Brighton & Hove Albion and AFC Bournemouth 2-1.

Arsenal currently sit fifth in the Premier League table and come into the game off the back of a 2-2 draw with Manchester United.

Interestingly, the Gunners haven’t led a game this season at half-time but are still 20 games unbeaten in all competitions.

Unai Emery took over from the long-serving Frenchman Arsène Wenger at the conclusion of last season, having formerly managed the likes of Paris Saint-Germain and Sevilla.

Town fell to a 5-0 defeat at the Emirates last season with Alexandre Lacazette, Olivier Giroud, Alexis Sánchez and Mesut Özil all getting on the scoresheet for the Gunners. 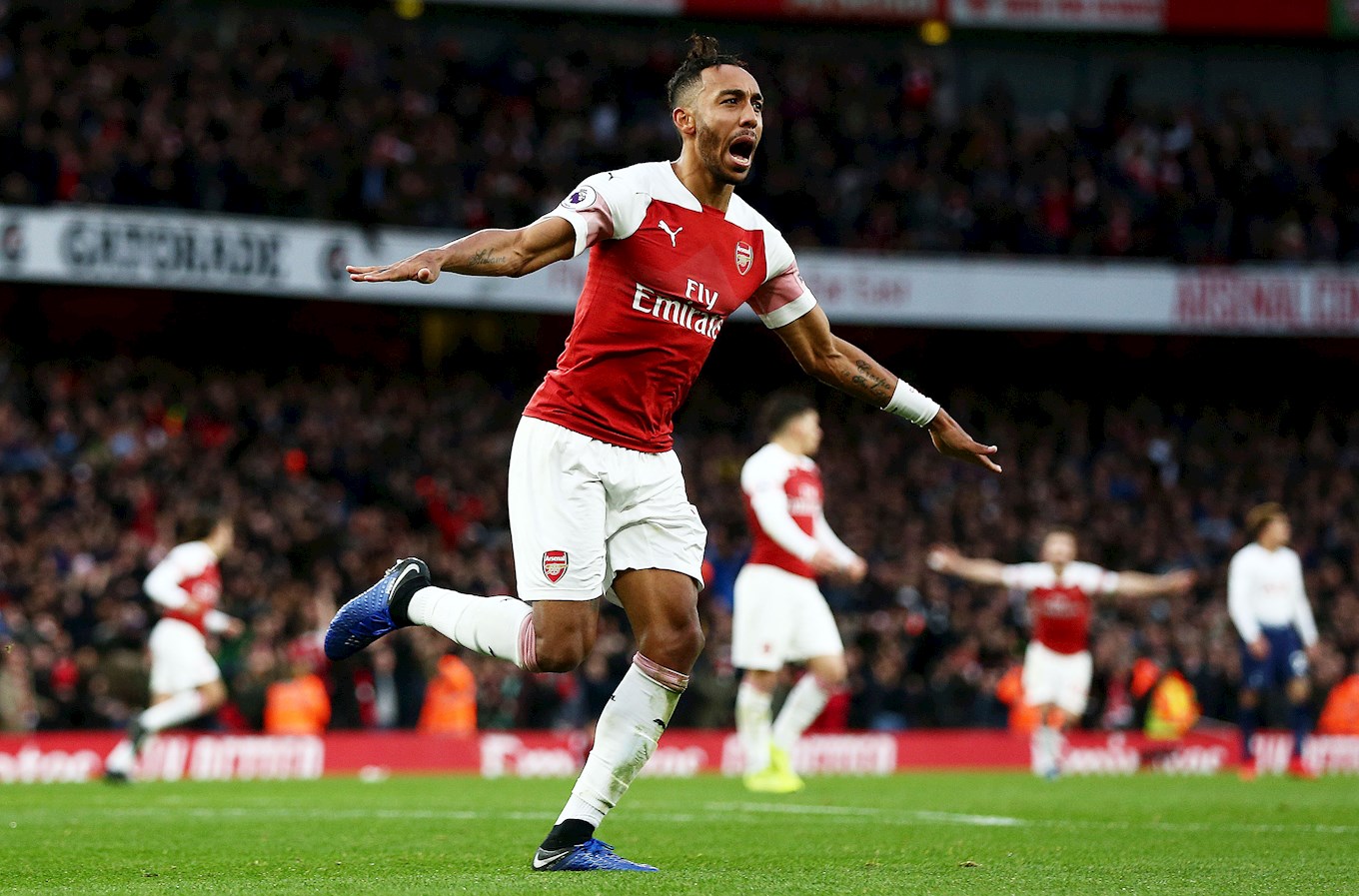 The Gabon Captain is the top scorer in the Premier League season with 10 goals. The striker has averaged a goal every 113 minutes and has set up two goals for his teammates. So far this season 56% of his shots have been on target and he comes into this match with three goals in his last three games. 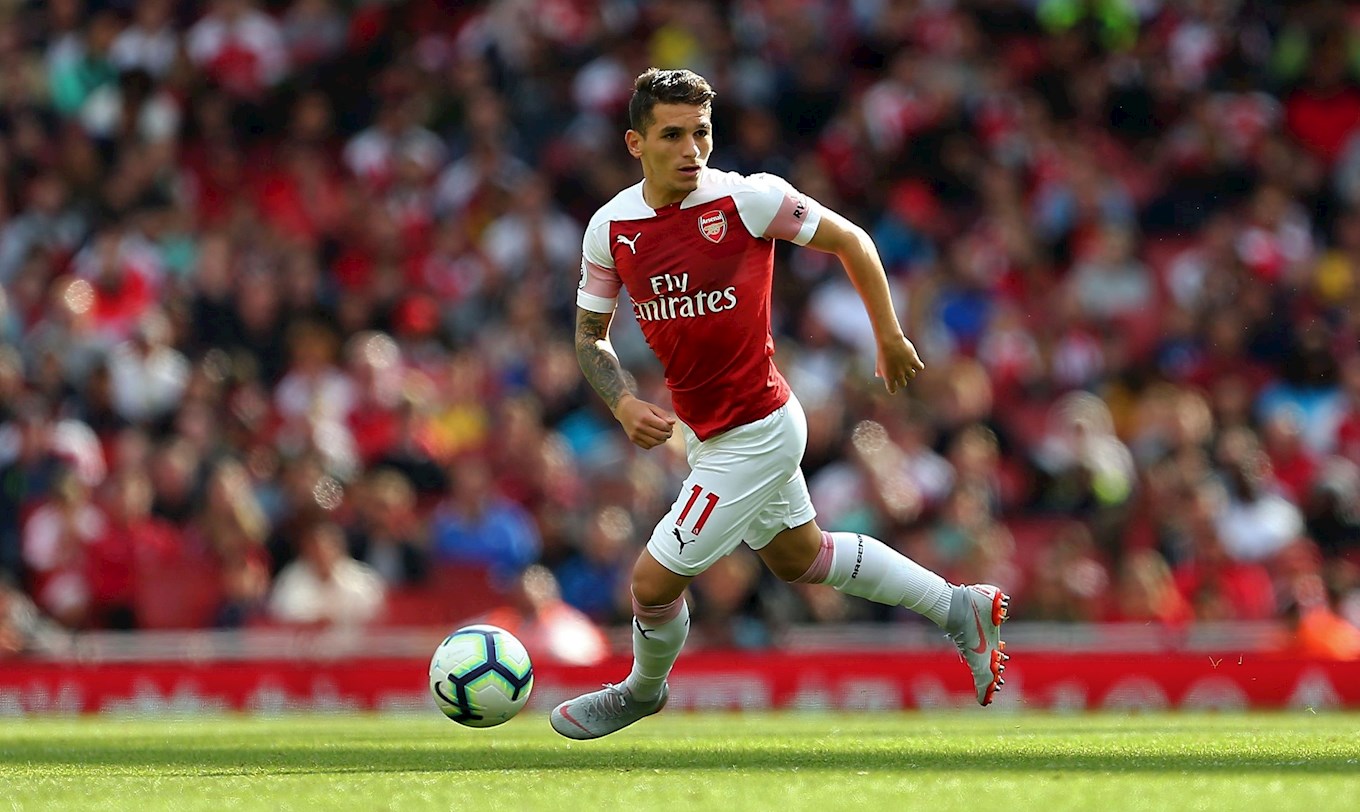 The Uruguayan international joined Arsenal in the summer from Sampdoria for an undisclosed fee. The midfielder has started in Arsenal’s last 10 games and scored his first goal of the season in the 4-2 win over Tottenham Hotspur. He also has three assists to his name. 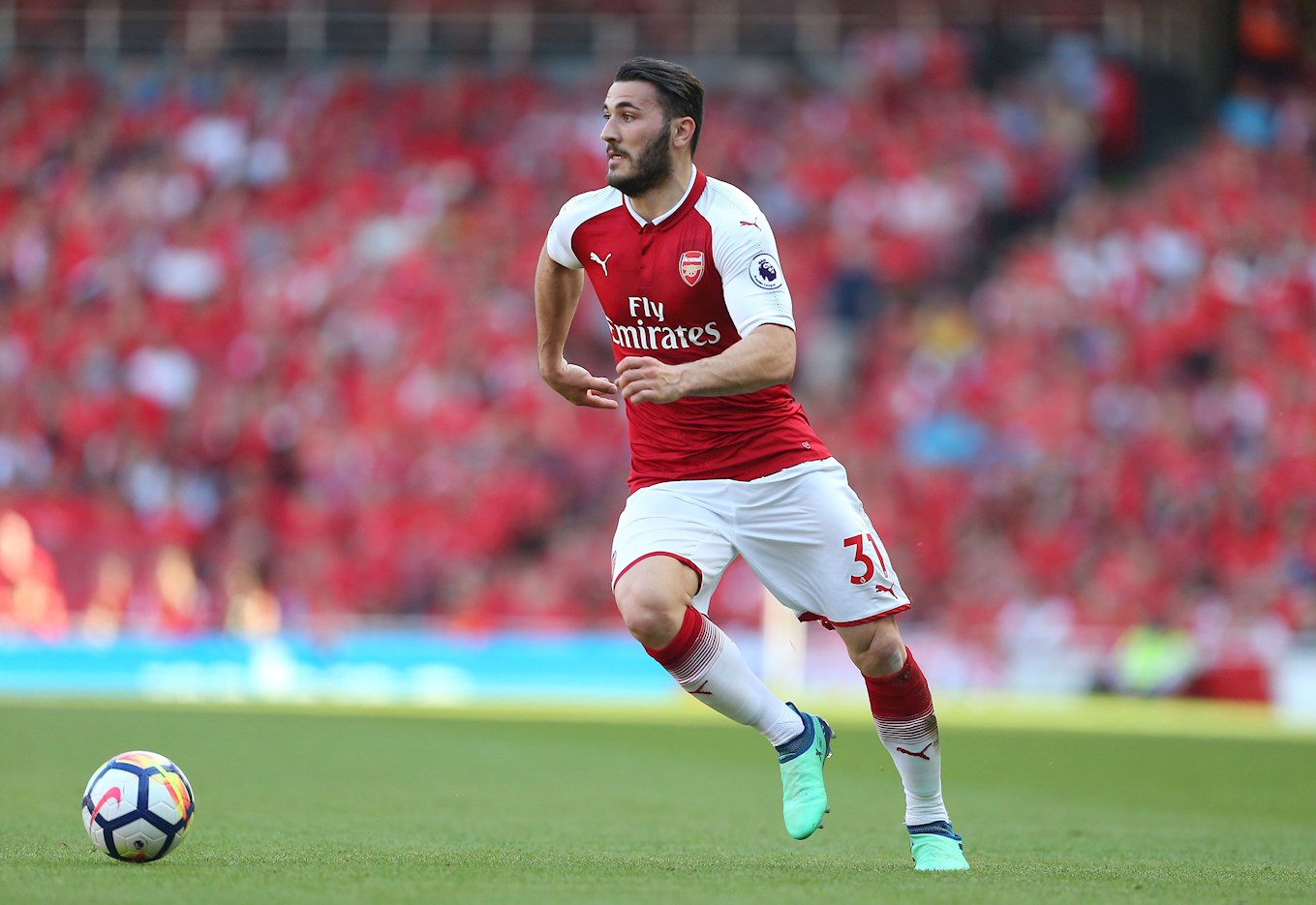 After missing the first 10 games of the season through injury, Kolasinac has returned to the starting XI and made a big impact. The attacking left-back has set-up two goals this season – both coming in the win over AFC Bournemouth.

In his press conference, David Wagner explained that Terence Kongolo is available after coming off against AFC Bournemouth with fatigue.

Abdelhamid Sabiri came off injured on Tuesday night and it’s been revealed that he has broken his collar bone – he will be out for around eight weeks.

Both Steve Mounié and Philip Billing are both suspended, however Chris Löwe could return to the squad after training all week with the First Team.

Tickets for Town’s match at the Emirates Stadium are now SOLD OUT. However, travel to the game is still available CLICK HERE to buy!

David Wagner’s side will don the yellow and navy alternative kit at the Emirates Stadium on Saturday.

Are you travelling to the Emirates? Check out Arsenal’s visiting supporters guide by clicking HERE

It took 83 minutes for the 20-unbeaten Arsenal to find a way past a superbly resilient Huddersfield Town door on an afternoon where David Wagner would be thoroughly proud of his players' efforts once again.

Lucas Torreira netted late on to break Town hearts, and to a man the Terriers were superb defensively, digging deep to frustrate a Gunners side that had been somewhat free-scoring in the league so far this term. Town had chances of their own in patches; Alex Pritchard with probably the best of the match near the completion of the first period, but they would ultimately draw a blank to leave the Capital empty handed.

Club Captain Tommy Smith replacing Florent Hadergjonaj was the first of three Town change at the Emirates; Chris Löwe and Danny Williams returning from respective injury lay-offs to take the places of Erik Durm and the suspended Philip Billing completed the alterations in north London - a first Premier League start for Williams since a 2-0 defeat down the road at Wembley against Tottenham.

Williams' start was his 150th in all English football competitions, compiled both with the Terriers and previous club Reading. Jonathan Hogg joined his team-mate in the milestones ahead of kick-off. It would be Hoggy's 250th career start; 150th for Town in the process.

The men from HD1, sporting the fluorescent yellow strip, looked full of purpose to avenge two successive defeats. Laurent Depoitre personified that notion early, closing down Bernd Leno in the Arsenal to put pressure on a clearance.

Unai Emery's Londoners also came out with a purpose in a bid to an impressive 20 match unbeaten streak. A change of shape witnessed the hosts possess an ability to overlap with wing-backs - similar to Town - and it was Héctor Bellerín who flew forward to receive a pass from Lucas Torreira but the Spaniard was halted by the reinstated Chris Löwe on the slide.

Bellerín thought he'd been found in space again down the right from a Torreira burst and pass, but once again a Town rear-guard movement paid dividends with Jonas Lössl authoritatively rushing off his line to smother before a threat into the area could materialise.

Pierre-Emerick Aubameyang has caused many defence a problem with his electrifying pace, although this time it was the Gabonese forward's movement that opened up a chance. After patient build-up play, Aubameyang somehow placed wide from close range having been picked out by an accurate Granit Xhaka delivery.

You could say that the rub of the green was arguably in favour of the Terriers in the opening half-hour. Next it was Alex Lacazette who spooned over from close range yet again, slipping in his attempt to slot home a Mattéo Guendouzi lay-off at the conclusion of a quick Arsenal counter.

As the first period drew to a close the encounter was really getting feisty; a number of late challenges flew in leading to brief skirmishes, as well as a number of yellow cards for each side.

It hadn't been a classic by any stretch of the imagination.

Zanka was probably the most relieved man in the Capital as a short passback failed to reach the intended target of Jonas Lössl. The Dane's blushes were spared due to Lacazette being flagged offside having rounded Lössl to tap home.

Up the other end, Alex Pritchard somehow skied the Terriers' best chance of the half from 12 yards. Pritch received a low cross in acres of space and could well have taken a number of touches to set the shot up perfectly. Instead he took it on first time and saw the effort agonisingly sail the wrong side of the crossbar.

Lössl spectacularly kept out Torreira's long-distance effort on the stroke of added time, but nevertheless the sides went in level and Town had worked hard to that the mountain to climb wasn't steeper than expected.

The Head Coach will have been well aware to let his men know of the dangers that this rejuvenated Gunners side have posed in the second-half of games throughout the campaign, and it was crucial to navigate the initial exchanges of the latter 45 with caution to avoid a similar fate to those who've fell victim before.

And that awareness nearly came to fruition just minutes in. Excellent tenacious midfield work from Aaron Mooy set Tommy Smith on his way, and as the skipper had the ball taken away on the edge of the area, there was Alex Pritchard to pick up the pieces and fire a driven shot towards Bernd Leno.

Leno was equal to the task of keeping it out, vitally at the second time of asking alongside the initial save to keep Pritchard out. Laurent Depoitre lurked to pounce on the rebound, but Leno's smart reflexes denied the Terriers a dream opener.

Arsenal's philosophy includes a strict focus on playing out from the back; the Town press was a superb job of restricting the freedom with which the home side could build their platforms for offensive moves.

Shouts for a penalty went unsuccessful from referee Paul Tierney. Alex Pritchard looked to have been felled by a clumsy Hector Bellerin challenge in the area but the man in charge saw no wrong doing by the defender.

Emery's Gunners weren't going to settle for dropped points at home, and in truth had to protect that unbeaten run. Christopher Schindler heroically cleared off the line to maintain the stalemate as Sead Kolašinac rounded off a clever run by poking for the corner.

The Terriers had defended like troopers throughout. Zanka perfectly stepping in to thwart Iwobi's through ball bound for Aubameyang backed that statement up to great effect.

But those valiant shifts would come unstuck a mere 6 minutes from the end. Lucas Torreira acrobatically volleyed home Aubameyang's dinked cross - albeit at the second bite of the cherry after Terence Kongolo had performed an excellent sliding tackle - to give the side from the Capital a lead so late on in the contest.

Still, as per the pattern of the afternoon, the illuminous Terriers battled on. Sokratis played a risky game as Laurent Depoitre gave chase to a Christopher Schindler flick on. As the Belgian charged over the ground to meet the pass, Arsenal's Greek defender seemed to ease Lolo off the ball and further claims for a spot-kick were once again waved away by referee Tierney.

Jonas Lössl prevented the score doubling deep in injury time, as his side threw the kitchen sink at a Gunners side who could count themselves fortunate to come away with the points up against a spirited Town unit.

The afternoon's trip concludes action away from home until after Christmas. Action returns next weekend at the John Smith's Stadium; Newcastle United the visitors (Saturday 16 December 2018, 3pm).